All
you can
watch
He rejected both the ideal line and the latest ski technology, but when Franz Klammer completed his stunning run down Mount Patscherkofel in less than two minutes he made Austrian sporting history. Elisabeth and Andreas Schmied are too young to have experienced this moment in person, but they certainly appreciate the fascination of the Klammer phenomenon. Together they wrote the screenplay for Chasing the Line, which focuses on the few days before the legendary Olympic event. In Andreas Schmied’s sixth cinema film he studies the man and myth that is Franz Klammer and hauls a moment of collective joy back into the present.


At the press conference for Chasing the Line in February you mentioned that everybody in Austria who was alive for Franz Klammer‘s Olympic triumph can say exactly where he or she was at that moment. You yourselves are too young to remember it. What was so powerful about the myth of Klammer, familiar to you from other people’s memories, that you wanted to capture the individual in a film?

ELISABETH SCHMIED: Franz Klammer’s races were very early childhood memories for me. Touching on memories like that in a narrative automatically makes history more personal, and that’s the appeal. One thing that sports films often have in common is an underdog story. But it was clear to us from the start that a film about Franz Klammer couldn’t convey the underdog aspect, until Andreas had the good idea of focusing on the great event in the 1976 Winter Olympics, because that victory represented the climax of Franz’s career. The tale we had in front of us was a thrilling hero journey with obstacles. We had to penetrate deep into the story to establish the really dramatic aspects. It was fascinating to study the facts and filter out various elements, bringing them together and deciding on the most important forces. We both found that absolutely intoxicating. We were sitting in the living room, more or less in pyjamas, going on ski runs in our heads and our hearts.


Writing a story about living people is always tricky. Franz Klammer seems to have rejected several proposals to film his life story. How did you succeed in overcoming his scepticism?

ANDREAS SCHMIED: Frank and Eva Klammer are both huge film fans, but over the years they turned down every proposal to film their lives because each one was either inaccurate or a blatant fabrication. We got approval for our idea because we never intended to portray his whole life, but instead to examine the myths surrounding Klammer and explain what kind of person he is.


Even though you were obliged to show consideration for living persons and many external aspects, in order to maintain authenticity, you were dealing with an invincible hero, a gripping competition and a powerful love – all ingredients of enjoyable writing and storytelling. How did you divide up the writing, and how did it feel?

ANDREAS SCHMIED: We’ve been writing together for 16 years now. And in between, each of us has written on our own. The great thing about Chasing the Line is that it’s our first collaborative cinema film, and it’s based on material that provided an outstanding foundation for a gripping and romantic story. That was wonderful. You notice even while writing if you’re working on something that is actually bigger than you are.

ELISABETH SCHMIED: I don’t think we have managed to combine our two strengths so successfully before. First I worked on constructing the story arc, while Andreas started with the characters. We swapped over for a while, but it isn’t really possible to say exactly who did what, because at times we were both sitting at the computer, or at certain stages one of us was at the computer while the other was pinning the action scenes on the noticeboard

ANDREAS SCHMIED: We can only recommend in the strongest possible terms that all married couples should work together on something they both find particularly interesting and inspiring. It was huge fun for us, and it didn’t really feel like work at all.


One interesting image in the story is the ideal line. When he was making his run down Mount Patscherkofel, Franz Klammer deviated from the ideal line but still won. Maybe that was the secret of his success. As filmmakers doing creative work while developing a project aimed at wider audience, perhaps you are also faced with situations where you deviate from the ideal line – ultimately in order to increase the appeal of your work. How do you feel about that?

ANDREAS SCHMIED: It’s a very relevant issue as far as directing is concerned. We constantly found ourselves confronted by the question: “Where does our ideal line run? Where is our comfort zone? And how can we leave that – as quickly as possible – to challenge ourselves, to make a film that’s even more interesting?” If you confront things outside your own area of experience, it also makes you grow. Chasing the Line was a project that placed demands on us from the very start. During filming my attitude was: this is my sixth feature film. I now know how to tell a story efficiently, and I have tools that I can call upon if necessary. But I wanted to pursue a different question: how can I go beyond that? How can we tell the story in a more visually and narratively interesting and challenging way? As we talk now I’m in the middle of filming, and the work is extremely demanding, enriching and exciting. Every day I enjoy going to work; every morning I am really excited about what the day holds in store. Sometimes I weave like Franz Klammer when he jumps, and sometimes I follow an exact line. It’s precisely this deviation, this refusing to rely totally on a plan and a comfortable method, that I find extremely exciting and would very much like to retain for the future. During the preparatory phase the aim was to think up a powerful look and style, but instead of simply working through the shot list, while we are filming we want to react: what are we feeling now? How can we apply that in a sensitive and spontaneous way, within the rigid structure of a film set? I have fantastic Heads of Departments who react very quickly to things and find the whole issue as exciting as I do.


Chasing the Line also goes beyond the biographical element to depict a sporting world undergoing fundamental transformation. Downhill racing still appears to be a discipline dominated by individualism, but even there the growing pressure of the industry can be felt. How did you perceive the world of sports in the 1970s?

ANDREAS SCHMIED: There were a lot of things all mixed up. It was more important for us to show how an athlete is torn, with on the one hand the pure joy of the sport – it should never be forgotten that every athlete primarily practices a sport from pleasure and passion – but on the other hand the commercialisation of sport and success. That’s an aspect which Elisabeth and I both felt we could strongly identify with. Do you sell yourself in the hope of achieving possible victory, or do you listen to your heart, your own feelings? It’s a question we as filmmakers also have to confront on a daily basis in our lives. In that sense it strikes us as a universal subject too, going beyond sport; something that affects all of us, that we’re all subjected to.


In terms of visual interpretation, how did you cope with the desire to recreate the look of the 1970s on the one hand while at the same time meeting the technical standards expected of the sport films genre in the 21st century?

ANDREAS SCHMIED: We achieve that balance by using very modern lenses but then creating distance with a variety of filter techniques. We are trying to recreate a 70s look but with a very modern feeling. In accordance with the motto “We are departing from the ideal line” we filmed in very dynamic style, and the film is very quickly edited; this dynamic approach is what brings the film into our time. Apart from the technology involved, the events on camera have an important role to play here. What stuns people is the fact that the individuals involved here were so young. You look at the monitor and see people between 20 and 25 years of age, and that gives everything a young, fresh effect.

ELISABETH SCHMIED: You just don’t get the impression you’re looking at grandma’s old furniture and clothes stored in the attic. You recognise the 70s, but it’s also new – just as it was really new then.


How would you place CHASING THE LINE in the context of your previous films? Does it represent a departure? What’s your assessment after the first four weeks of shooting?

ANDREAS SCHMIED: It was clear to us from the very start that Chasing the Line would be a game-changer for us. We know it will be a very important film for a lot of people, and we are well aware that we can’t mess up. There is a lot at stake. We were very happy to accept the challenge. In writing the screenplay together, and in the directing, I still feel the success of Love Machine, which helps me – not so that I can rest on my laurels but more in the sense of trying to retain the self-confidence that film gave me and trust myself more. The conclusion after the four weeks of shooting? For me it’s been important to realise how crucial a precise shooting plan is, and that the work done by colleagues and assistants to the director and the line producer is essential. Elisabeth was constantly overworked in the preparatory stage; she was there for the reading rehearsals, she polished the script to accommodate the strengths of the cast and adapted to new locations. I can see the results of this careful preparation now that we are filming. It’s an incredibly pleasurable shoot for me.

ELISABETH SCHMIED: This project has increased my expectations. In future I want to work on projects that are this demanding and at the same time this much fun. I’m quite happy to make things hard for myself, because it’s worth it. Of course I’m aware that it won’t be easy to find something else which is so powerfully anchored in the consciousness of so many people and at the same time has such a positive charge. 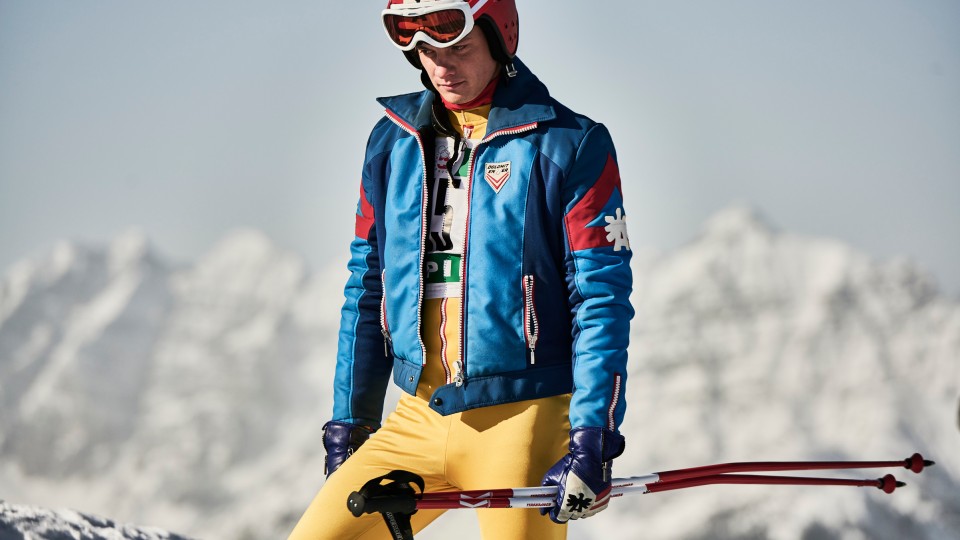 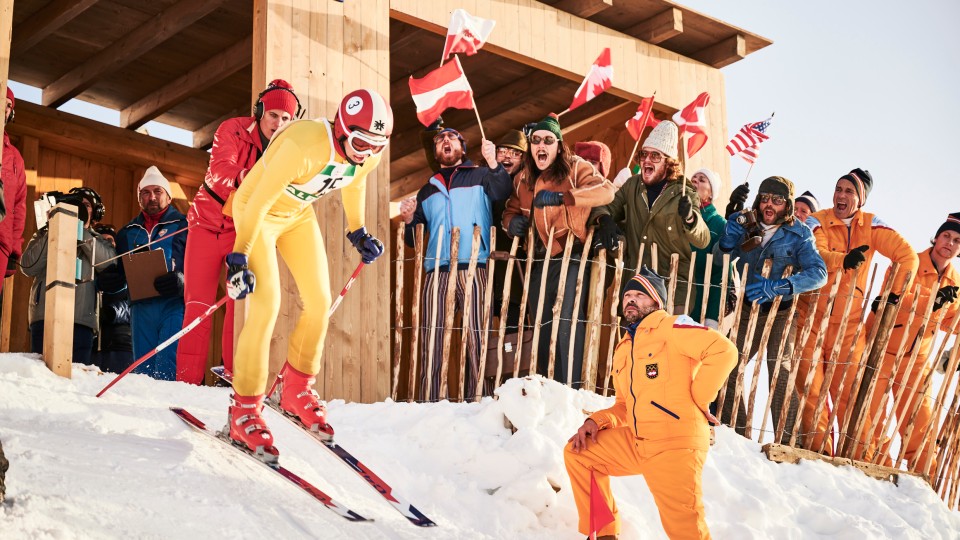 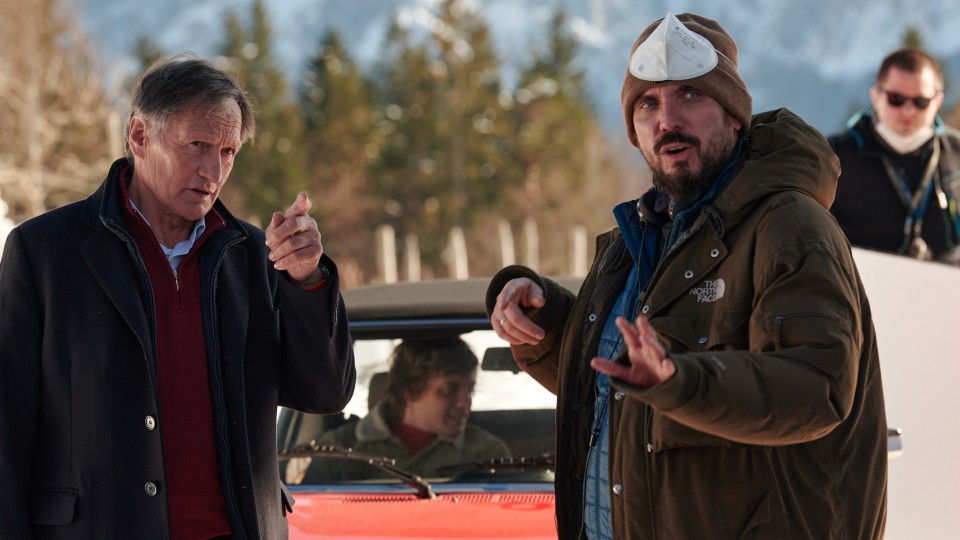 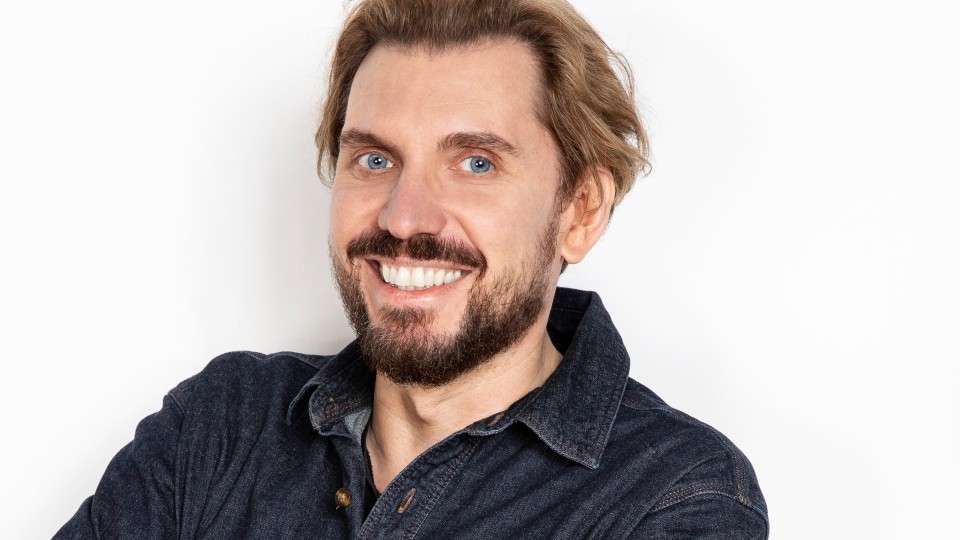 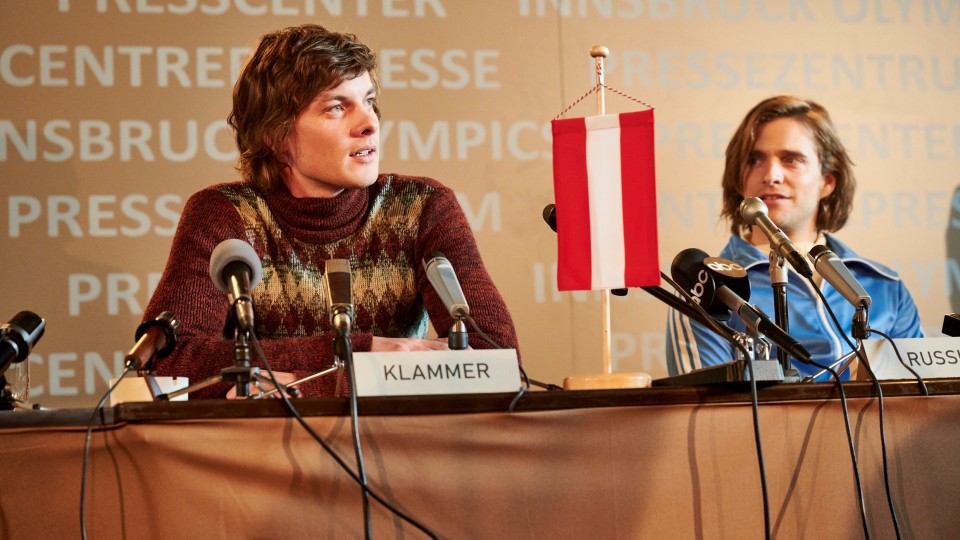 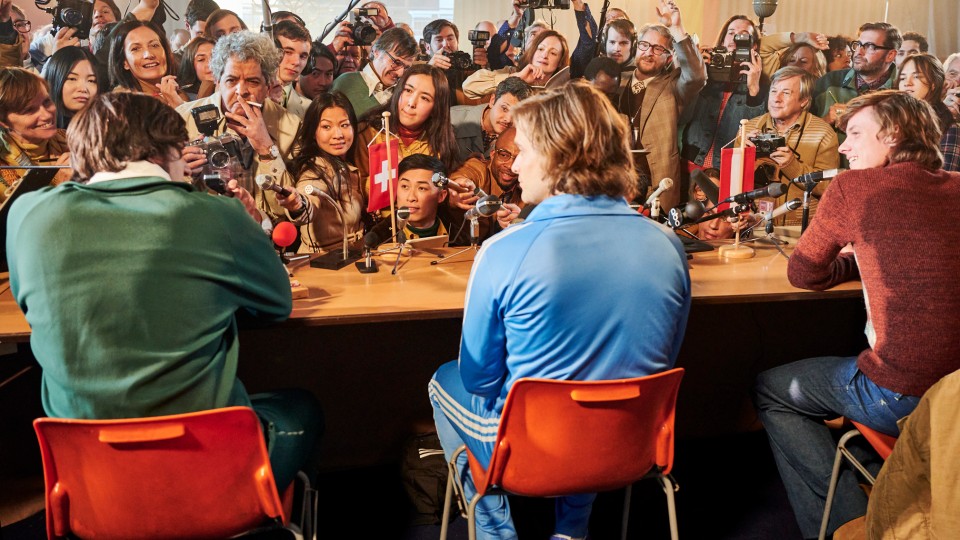 «Where does our ideal line run? Where is our comfort zone? And how can we leave that – as quickly as possible – to challenge ourselves, to make a film that’s even more interesting?»