All
you can
watch
For Elias, a farmer’s son in the Zillertal valley, the future seemed mapped out from early childhood. But when he comes of age and is due to inherit his father’s extensive property, he simply runs away: from the valley, from the expectations, from the money and from the greed. And he does find fulfilment – in total solitude, with a frugal existence above the tree line. Until 40 years later, when he turns his back on the life of a hermit as radically as he once embraced it. Initially a play by Felix Mitterer, Märzengrund inspired producer Michael Cencig (Metafilm) to produce his first work of fiction for the cinema and prompted filmmaker Adrian Goiginger to base his eagerly-awaited second feature film on the haunting character of this loner.


The title Märzengrund doesn’t provide any immediate clues as to the subject. What’s the story behind it?

MICHAEL CENCIG:  Märzengrund is a valley in Tyrol, not far from Stumm in the Zillertal region. Felix Mitterer wrote a play with that title on the basis of a story he had heard about a young man in the late 1960s who chose to move up to the wilderness of the mountain valley, and then later ventured even higher, above the tree line – and spent 40 years of his life there. He was the only son and heir of a wealthy farmer, and he simply decided that he could no longer stand life in the valley, in civilisation, in a society where everything revolved around money, power, influence and status. Elias, our protagonist, first lives in a mountain hut that belongs to the family, but when even that becomes too loud for him – because sometimes tourists turn up – he moves higher up, into a life of absolute solitude. 40 years later, long after being disinherited, he has to come back down into the valley for the first time when he becomes seriously ill.


The story is based on a man who withdrew to a mountain valley in the late 1960s, a classic dropout era. What are the themes conveyed by the material which make it still – or once again – relevant today?

MICHAEL CENCIG:  The theme which has eternal relevance is the question of what life is really about. Why are we here? What do we need in order to be happy? Clearly the question was of paramount importance to Elias. And his answer is: “Very little: what the earth provides us with.” In the end he stopped eating meat altogether and survived solely on the vegetation that can still be found up there above the tree line. This extreme approach can’t be the answer for everybody, but it’s a radical alternative to the way we live today. A second central theme is freedom, including freedom from suffering. Elias was suffering from severe depression before he withdrew up into the mountains. He wanted the freedom to live the way that suited him. You could call it his quest for personal fulfilment taken to extremes. In our world neither of these approaches can be implemented 100%. Life always includes suffering, and freedom is only possible within certain limits. That becomes apparent in the story. The film also has a metaphysical dimension; Elias only finds complete happiness in a realm which is beyond our world.


When you encountered the play was your first step to turn it into a film script or to find a director?

MICHAEL CENCIG:  The first thing I did was to look for the right director, which took a year and a half. I think I’m fairly familiar with the work of Austrian directors, but although I considered many individuals, I still found myself hesitating. I didn’t manage to see Adrian Goiginger’s debut film The Best of all Worlds in the cinema; I only caught it when it was shown on TV. It made a very powerful impression on me, and I got the feeling he could be the right person. I met Adrian for the first time at the 2019 Berlin Film Festival, and now, just a year and a half later, we are already filming. So everything moved very quickly. The first time we met he told me straight away that he had received a huge number of offers after The Best of all Worlds but turned them all down, because none of the projects struck him as really pressing, and he wanted to concentrate on his second feature film, The Fox. He warned me that if he were going to do Märzengrund at all, it would be later. Over all these years I’ve learned to wait, and I was ready to do so this time as well. When I told him the story I had the impression that it really hit a nerve with him. I gave him the play to read, and he promised to get in touch within 10 days. Exactly 10 days later he called and agreed to do it, though still on condition that he would make the other film first. So the three of us – myself, Adrian Goiginger and Felix Mitterer – set to work on the screenplay, and we got funding from the Austrian Film Institute. Then about a year ago Adrian told me that the financing of The Fox would take longer than planned, so he could do Märzengrund first, if that were practicable.


It sounds as though there wasn’t much time between the director signing up and the start of shooting.

MICHAEL CENCIG:  It was clear to us – long before Corona – that shooting would have to take place this summer. The film covers a period of 40 years and has to depict all four seasons, so it was essential that we started in the summer of 2020. We didn’t even have time to apply for project development funding. We had to finance screen tests, casting, location search and all those things ourselves, which wasn’t easy, and then we went straight to the submission of a production funding application. At the same time, in view of the overall situation with the Coronavirus, it was obvious that we couldn’t begin without insurance. It wasn’t until the Covid 19 Fund was set up that we got the good news. That meant we could risk it, even though it still meant taking a big chance.


The leading roles are taken by very respected actors. But you hired two newcomers to play Elias and Rosa as young brother and sister. What form did the casting take in the time of Covid, and how did that affect the hiring of actors, who must be particularly busy now that lockdown has been eased?

MICHAEL CENCIG:  The good thing about the start of the casting process was that everybody knew The Best of all Worlds and was keen to work with Adrian Goiginger. He is very exacting when it comes to preparations and auditions with the camera. Everybody had to travel to Salzburg, at a time when financing hadn’t yet been concluded. And they all did: Gerti Drassl, Johannes Krisch, Harald Windisch, and even Verena Altenberger, the wonderful mother in The Best of all Worlds, all had to do screen tests. Adrian is very rigorous in that respect; he knows exactly what he wants, which meant that first everybody had to go through that process. We cast two actors for the leading role of Elias: the young non-professional actor Jakob Mader for the character aged between 18 and 25, and then there’s a big jump to the character in his late 50s, where he is played by Johannes Krisch. The biggest challenge was to cast the two young parts: Elias and his sister Rosa. We set up a huge audition procedure with announcements in all Tyrolean newspapers. The better-known an actor is, the more enquiries they’ve been getting ever since lockdown finished. And since contracts tend to be concluded at a very late stage, only when the definitive shooting schedule has been arranged, it wasn’t easy for our leading actors to fit everything in with their own schedules.


What does the shooting schedule look like, if it has to cover all four seasons?

MICHAEL CENCIG:  We are going to be filming for a least four weeks now in summer, and then eight more days in November/December. We’ve planned a total of 30 shooting days. The issue of the weather becomes more critical in the colder seasons, since it’s completely unpredictable. At least we’ve found a location where there’s always been enough snow at the end of the year. But we also have to overcome particular challenges, such as capturing an avalanche.


What will be the issues facing the director of a story which is highly emotional and not exactly straightforward?

MICHAEL CENCIG:  I imagine the character of Elias will be the biggest single challenge facing the director, especially because we have two actors playing the same character who are different in every respect. On the one hand we have the young Jakob Mader, who hasn’t had any professional experience of film acting, and on the other hand there is the experienced professional Johannes Krisch. The focus will be on giving the two interpretations of the character a coherent unity – which can’t be based solely on physical similarities. The same fundamental emotions have to be conveyed, and that will come down to the work of the director. And then it will be important to ensure that things don’t get too sombre, despite the subject. Finding the right balance will be crucial. Of course the material isn’t light-hearted, but there are very tender moments that have to be brought out as well. The idea that The Best of all Worlds would be heavy-going was one reason why I didn’t want to see the film straight away – but I realised afterwards that I was mistaken. In fact, the way he ensured that the film doesn’t bring you down is one of Adrian Goiginger’s strengths. It’s something he embodies himself: it presumably has a lot to do with his own life. He knows what he’s talking about when it comes to “difficulties”, but also as far as “love” is concerned. If somebody asked me to summarise The Best of all Worlds I’d describe it as a love story between this mother, who is hardly capable of surviving by herself any more, and a boy who hasn’t yet learned to survive on his own. They keep each other alive by means of their love. And that could be one of the reasons Adrian said “yes” so quickly to Märzengrund: there’s a certain sombreness, but in the end love wins out. 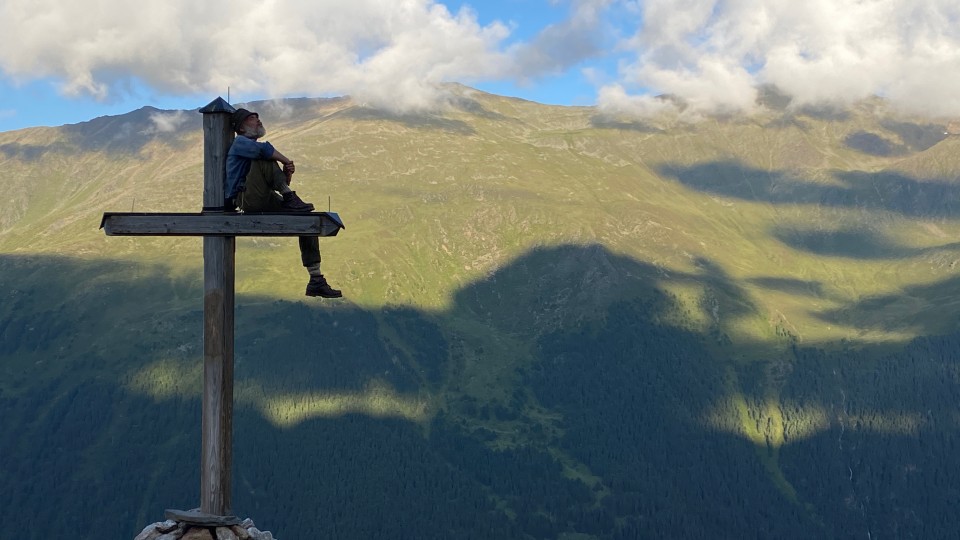 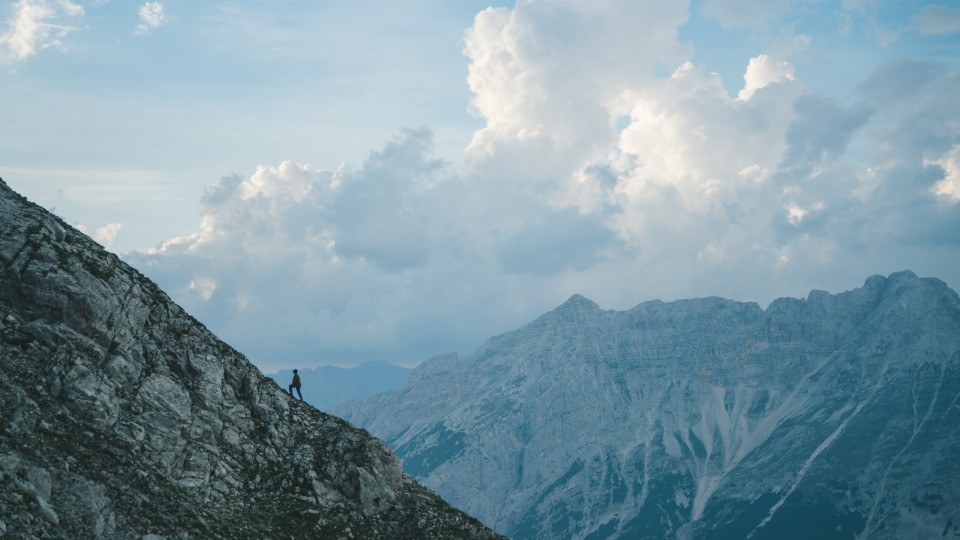 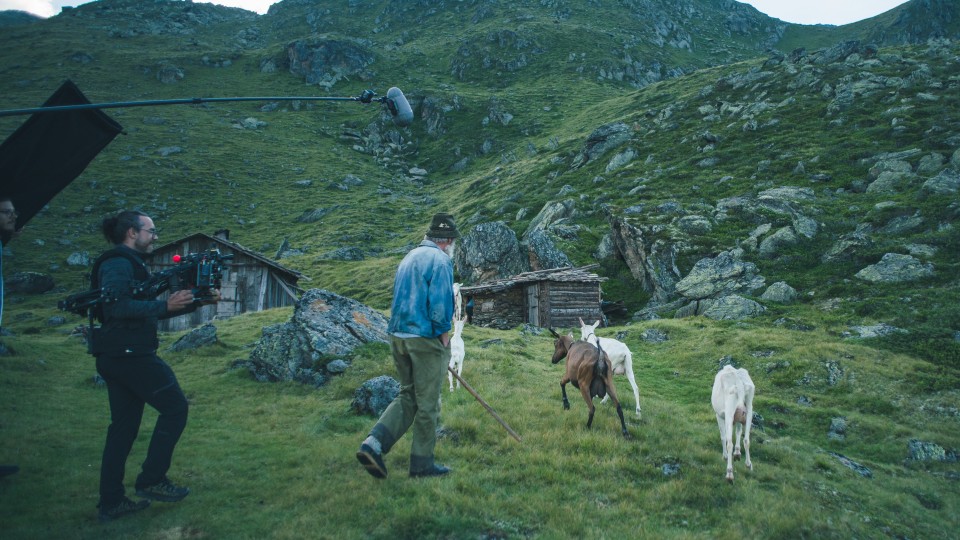 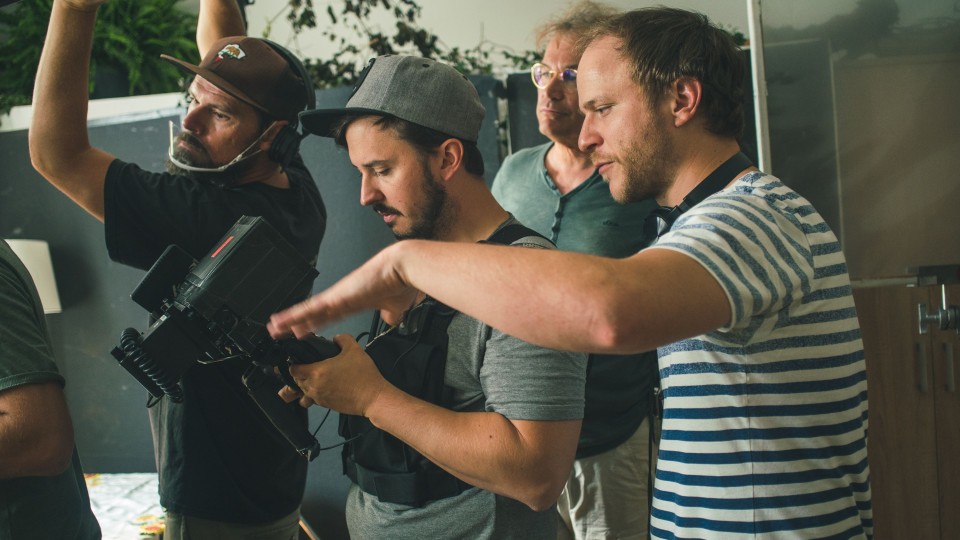 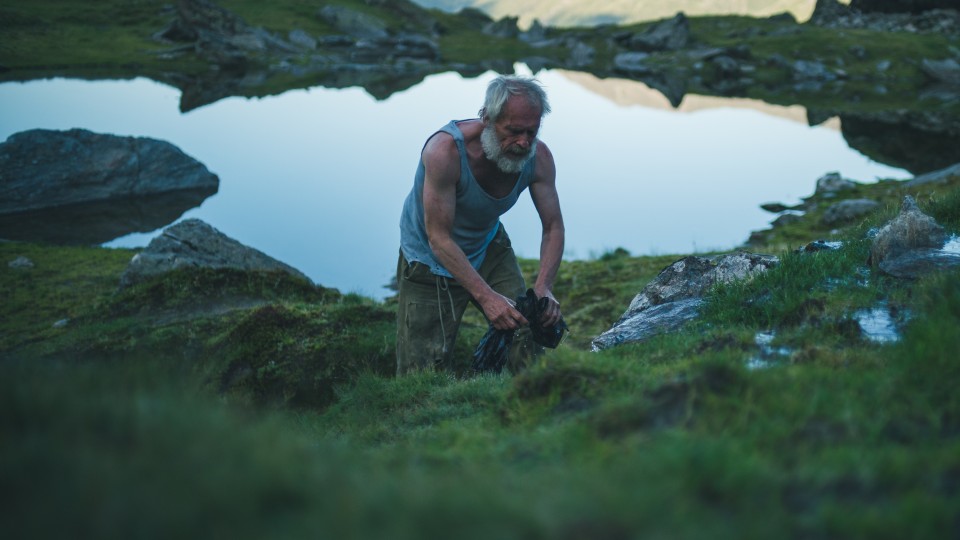 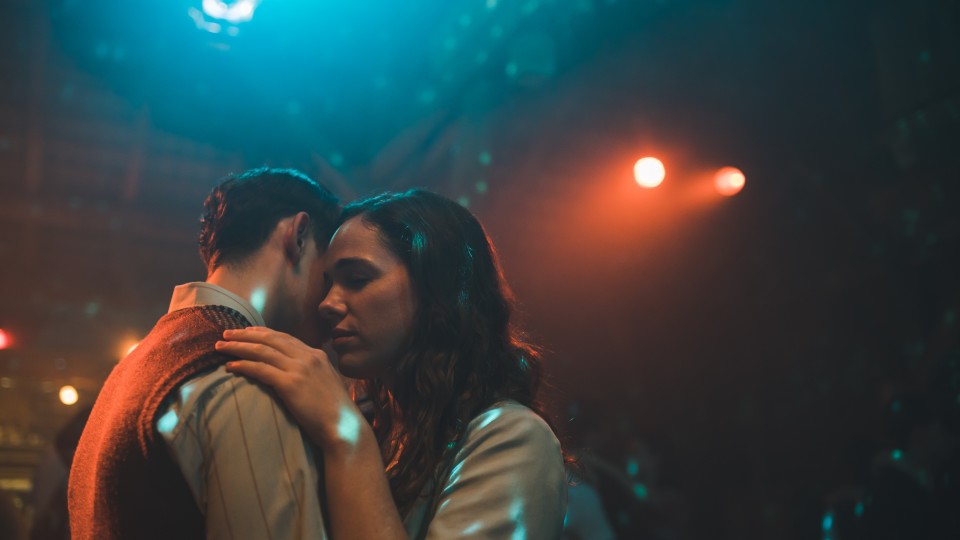 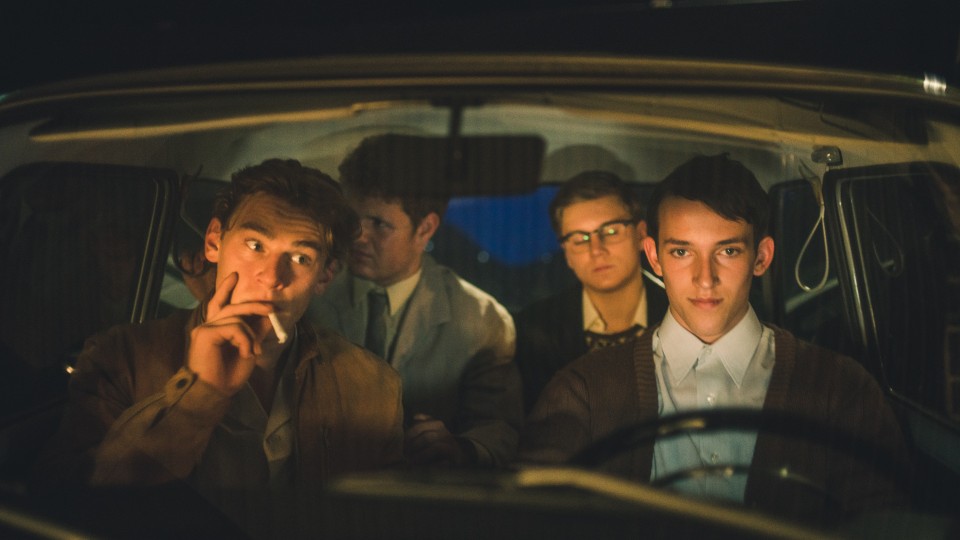 «This extreme approach can’t be the answer for everybody, but it’s a radical alternative to the way we live today. »