Jan and Peter are linked by many years of friendship and a shared apartment. What nearly causes them to part their ways is both men's love of Jule. All three have a bond which cannot be broken, namely their burning desire for political action. To them this means teaching the fat cats a little lesson, one which, rather than robbing them of their wealth, will rattle their self-assurance somewhat.

In Hans Weingartner's new film The Edukators, made 36 years after May 1968, three militant saviors of humanity, their ideals, their escapades and their romantic triangle are all packed into a story which develops from a thriller into a subtle duel between the generations. An accident that occurs during one of their 'educational' house calls forces the trio into a psychological endurance test and lengthy confrontation with one of their victims, who also believed the world was a good place back in 1968.

After winning the 2001 Max Ophüls award for his first full-length film, das weiße rauschen, the native Austrian filmmaker has been invited to compete for the Golden Palm with his two-hour low-budget work, which was shot on video. Just as for das weiße rauschen he chose Daniel Brühl to play the one of the leads; Julia Jentsch and Stipe Erceg appear in the two other title roles. Director Hans Weingartner produced The Edukators with his own company, Y3, which is located in Germany, and Vienna's coop99 Filmproduktion (which produced Jessica Hausner's Hotel) was his Austrian co-production partner. 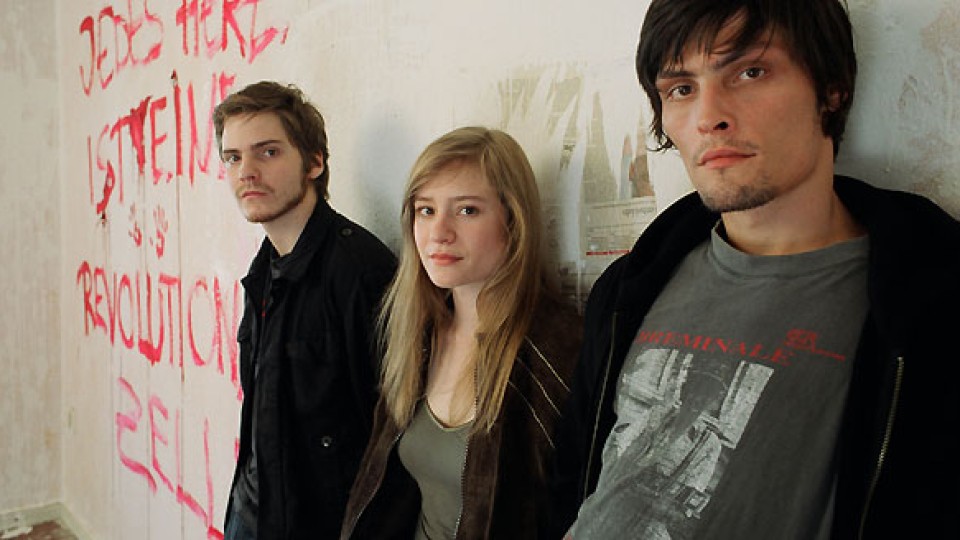