All
you can
watch
The year 2000. It is already as good as forgotten. The fact that, months and years beforehand, the media and the business world feverishly awaited this magic turning point now seems difficult to believe. Apart from the vague memory that everything seemed to go smoothly, solely one impression remains, that not even a media circus can disturb the continuity of time. For Geyrhalter Film?s production team, January 2000 was in any case a decisive time. This marked the beginning of an unusual project planned for execution over the entire year. Filmmaker Nikolaus Geyrhalter took to the road to make his new film Elsewhere , spending month after month investigating twelve ways of life which do not conform to the western concept of time, which are far from the millennium, its working title.

I faced the possibility, claimed the director, of simply letting the year 2000 pass or taking advantage of the opportunity to capture a certain perception of time on film. A new location each month, three weeks of travel and shooting, one week for the return trip, and then departure for a new location: That was the work schedule for the team of Nikolaus Geyrhalter (director), Christoph Meissl (assistant cameraman) and Stefan Holzer (sound). This ambitious project, which involved a great deal of research, organization and funding, follows Das Jahr nach Dayton (1997) and Pripyat (1999), Geyrhalter's internationally renowned study of life in the restricted zone surrounding the Chernobyl nuclear power plant. While in his last two documentaries, long personal conversations with the protagonists and the absence of time constraints permitted the development of a special kind of dialog, the . Elsewhere project was given an extremely narrow and rigid framework which had to allow for unexpected events such as political unrest, natural catastrophes, health problems, etc. The tension created by these contradictions– enormous pressure from the tight schedule and a desire for some measure of languor, painstaking research and willingness to accept spontaneous changes?all affected production, and also gave Geyrhalter?s previous works their unique character.

Niger, Finland, Namibia, Irian Jaya, Greenland, Australia, northern India, Siberia, China, Sardinia, Canada and Micronesia provided the titles of Elsewhere ?s twelve chapters, which take viewers to different civilizations and across a number of continents and time zones. According to Geyrhalter, these societies will not exist much longer in their present forms, as their members will not be able to resist the conveniences of our way of life, which seem so attractive at first glance. Realizing the long reach of the wave of globalization is a surprising experience for someone living in the middle of it – for example, when someone who hunts whale and seals in Greenland explains how the campaigns led by Greenpeace and Brigitte Bardot have robbed him of his living, or when a teacher on a tiny Micronesian island, which receives a package of shabby clothing dropped from the sky each Christmas, expresses her fears of global warming. Silvia Burner and Michael Kitzberger covered over 20 destinations in their research, which began in the fall of 1998. At first, they concentrated on the members of the minority groups themselves. We soon discovered, claimed Michael Kitzberger, that in light of practical considerations, we needed people who have direct access to these groups if we were to finish a phase of shooting each month. Ethnologists, traders, etc. provided the link to groups and individuals featured in the film. They supplied the necessary details, accelerated the contact phase and assumed responsibility for some of the on-location organizational tasks.

The major difference between Elsewhere and the other projects, claimed Geyrhalter, was the enormous amount of pressure of having to film something valuable in just two weeks. That also meant that I had to decide on a protagonist in the first few days, which involved the risk that things wouldn't go in the direction I had hoped. The factor of uncertainty that results when working with unfamiliar languages was nothing new – an interpreter summarized the most important facts during breaks in the shooting of Das Jahr nach Dayton and Pripyat, which then made it possible to plan the next scenes. At the same time, Elsewhere required a great deal more work. As the director recalls, We played back the interviews on a DV Walkman each evening, and often spent half the night on an exact handwritten translation made according to the time codes. This method was made possible by the new HDTV camera system, which offered an ideal compromise for the ambitious project. While it is as light and easy to handle as a DigiBeta camera, the resolution was comparable to Super-16 film. Even the manufacturer was surprised by its robustness, as it kept working in temperatures covering a range of 70 degrees, extreme humidity and after being transported over rough roads. With a normal film camera, checking the footage immediately would not have been possible, which would have opened the door to unpleasant surprises after the crew?s return. The difficult task of fusing all the episodes into a unified whole and at the same time maintain everyone?s individuality was the responsibility of cutter Wolfgang Widerhofer. He first sat down at a monitor in April 2000 to deal with a total of 150 hours of footage, which were then sorted out with the aid of the handwritten translations. This involved viewing and evaluating, said Widerhofer, the diverse material Nikolaus collected according to his own special way of working, and with his extremely geometric camera work. And one should not forget that 20 minutes per episode is not a great deal of time, especially since shots lasted 30 seconds on the average. A Sami caught between his loneliness and hunting fever on the tundra of northern Finland – a village elder in Namibia considering whether he should take a third wife – a blind man on a Micronesian island who uses a handful of bast to divine whether the new day will bring happiness – women in Greenland who talk of worrying about their hunting husbands, while the latter describe erotic dreams which give clues concerning their success – and the unseemly games of aboriginal children in the wild who then spend the next day at computers.

The protagonists of Elsewhere touch and bewilder. Interviews which attempt to place people in their characteristic surroundings alternate with depictions of the ambiance in which they go about their daily lives. As a result, twelve windows are opened up on microcosms in endless vistas and tiny enclaves. After a brief delay, Geyrhalter takes his viewers back to the impatiently awaited year 2000 to deliver one of his characteristically reserved statements in the shadow of a media circus. Waiting, according to Wolfgang Widerhofer is an extremely important aspect of our films. The intention is to create tension between concentration and diffusion and then grab the viewers? attention for a brief moment before leaving them in an atmosphere of ambivalence. Twelve opportunities to lose oneself in a remote corner of the Earth. (ks) 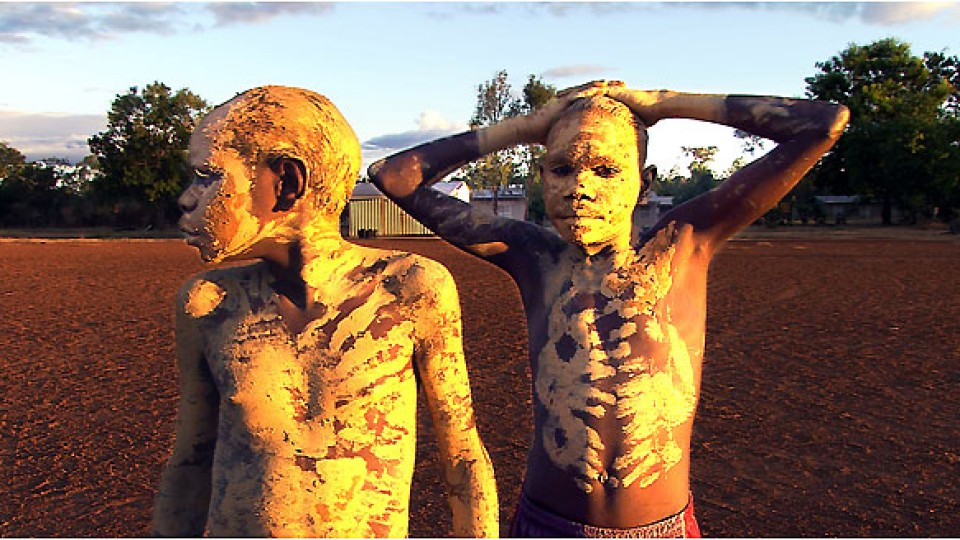 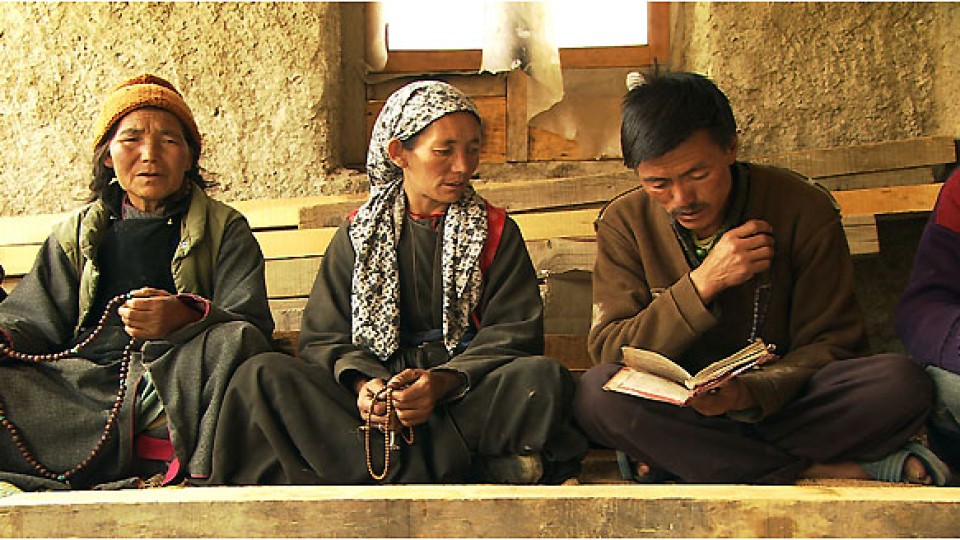 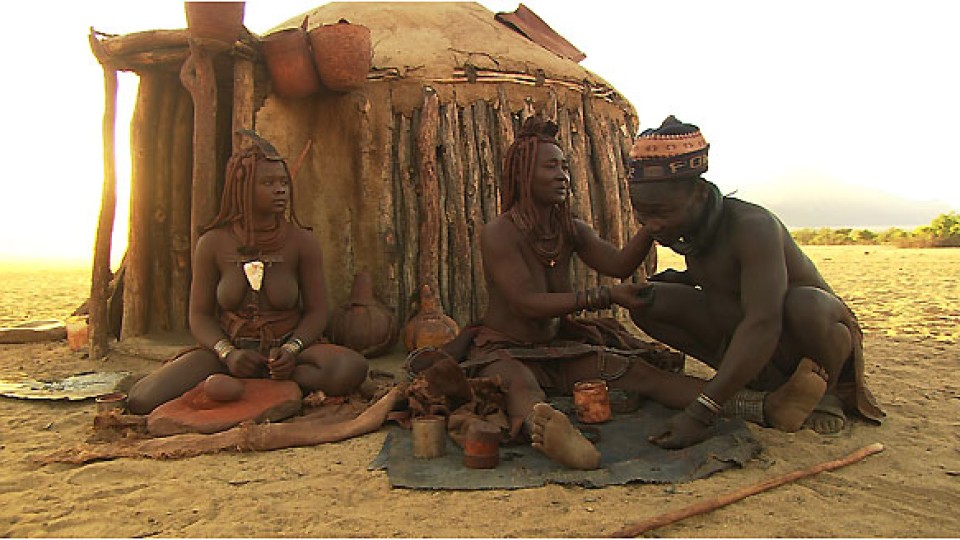 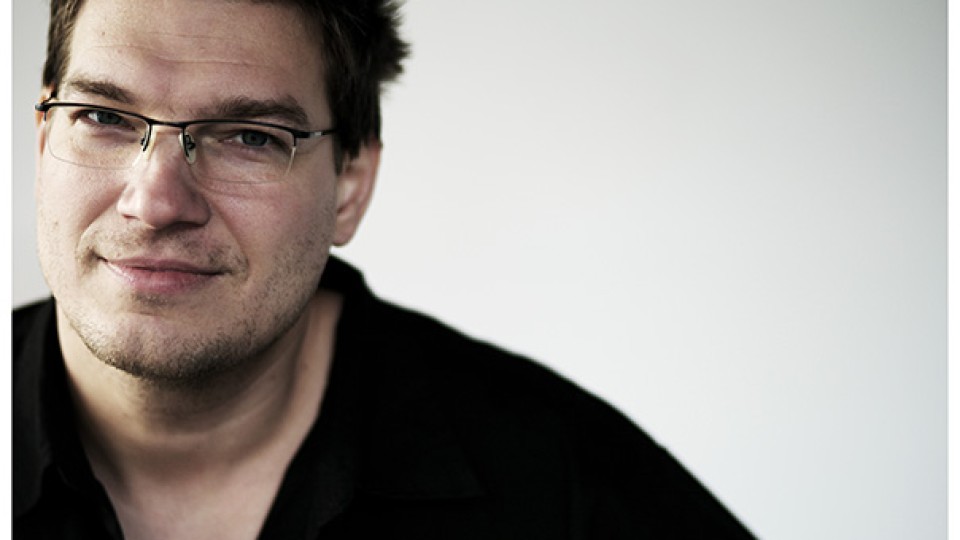