All
you can
watch
Abducted from Africa as a small boy and brought to Europe, educated as an exotic treasure with courtly manners, he makes his way into Viennese society, which acknowledges him at whim without ever truly admitting him. The story of Angelo Soliman (1721–1796), a mysterious character in the history of Vienna, attracted Markus Schleinzer so much that he has made him the subject of his second feature film, Angelo.

In times like these, with mounting intolerance – particularly towards religions – was it the era of the Enlightenment you wanted to focus on, or the very concrete character and fate of Angelo Soliman (1721–1796)?

MARKUS SCHLEINZER: Naturally it all began with the figure of Angelo Soliman; I’d heard about him as a kind of mythological Viennese character comparable with folk hero Lieber Augustin. During the course of my research it emerged that what I thought I knew about him simply wasn't supported by the evidence. The stories ranged from the tales about him being a servant to romantic anecdotes, including various explanations for how he ended up as an exhibit in the Emperor’s natural history collection. It just goes to show what kind of transformations that individual went through, and the various ways he exists in different people’s minds. I'm not the first Austrian filmmaker who developed an interest in this character: Michael Glawogger and Harald Sicheritz have been there before me. What's interesting is how people used to project their own views onto this individual while he was alive – and apparently still do – and how these projections reveal contemporary attitudes. There's a certain comic aspect, which of course borders on cynicism, to the realization that there have been times when people were herded into boats and brought to Europe. Today, when people do everything they can to reach Europe, we find that less interesting. In this context, it appealed to me to shed some light on the idea of home, identity, belonging and being alien.


How extensive is the source material? To what extent is there a body of research that you were able to use as a foundation in the development of your character?

MARKUS SCHLEINZER: I had a number of meetings with an expert on Soliman, Walter Sauer. There are still some unanswered questions about Soliman, because nobody has been permitted unrestricted access to the Liechtenstein and Lobkowitz family archives. There are certainly some things still waiting to be revealed. In fact it’s extremely difficult to conduct extensive research into Angelo Soliman, because his origins can’t be determined accurately, and very little is known about the early years of his life. It's only possible to find objective information about him from the time that he came to the Liechtenstein household, and by then he already had half his lifetime behind him.


So that means his childhood and youth are entirely in the realm of fiction?

MARKUS SCHLEINZER: In terms of the inherent saccharine content, we’re almost dealing with material for a Willi Forst populist movie. But what fascinated me was the way this character is interpreted, right up to this day. There are so many different factions, and all of them focus on their own version of Angelo Soliman. Some people regard him as the first successful example of immigration, a person who made it to the very top and even became a leading Freemason. There are others who see him as a victim, concentrating on the way he was abused as an individual and how people like that are trapped in the role of eye-catching ornaments. There are also people who claim Angelo came to have such a mature attitude that at the end of his life he donated his skin for exhibition purposes, so he wouldn't tip over into the role of victim. Among the experts there are extremely divergent interpretations. And this discussion shows that we are still doing exactly what we want with him. What's it like, being abducted from your own country at the age of five or six? That was another question which very much concerned me. What does it mean, not meeting anyone who is like you for a very long time? At what point did Angelo let it slip his mind that he was different? How long is it possible to carry on like that? When do you start yearning to merge with the others around you? It's the story of a lone warrior, somebody who is always pinned down as "the black man", because he is discernible on the basis of his skin colour. There is no way of retreating from the colour of your skin. I also regard the character of Angelo as akin to the protagonist in my first film, Michael.


In what sense do you see an affinity between those characters?

MARKUS SCHLEINZER: Michael is different from the others. But he can only live the way he wants if he copies the normality of other people. There are conventional family rituals conveying the feeling that normality is masking the crime. 98% of his activities are normal: office, dinner, TV, etc. 2% of his life is criminal: the abduction, the sexual abuse. People like Michael block out the fact that the crime is always there. The story of Angelo Soliman is rather different: he is thrust into a normality where everybody is white, and he must adapt to this normality by taking on the role of an ornament. He was abducted at the beginning of his life and dragged to Europe against his will. Even though he made something of himself, for me everything begins with his position as a victim. That's why it really isn’t possible to regard him as the first successful example of migration. He was brought to Vienna for the titillation of the ruling elite. At that time there were people who collected various "curiosities", including people or animals, which they kept in a chamber of curiosities. Then there were people who thought it was fine for people from different cultures to exist alongside us, because it indicated how our power extended around the world. Today he'd be a must-have accessory. Essentially Angelo was an actor; if you can believe his first biographer, who wrote his life story 60 years after his death, then he himself contributed a great deal to the fairy tales that grew up around him.


You wrote a screenplay which is appropriate to the epoch in terms of its literary language, with sentence structures and vocabulary that are sometimes puzzling for us. It has been claimed that in a script, the visual aspect is more important than linguistic sophistication. Do you have a different view? Do you feel that the linguistic quality and power of a script has a crucial influence on the work of creating the film that later takes place?

MARKUS SCHLEINZER: That is absolutely the case for me. My work in casting involved reading a large number of scripts, and for three years I was on the project committee of the Austrian Film Institute. In my view, it's important to understand from the language which feelings and what kind of sensibility are to be conveyed. A particularly high proportion of Austrian productions are auteur films, and I’d say I can recognise a certain style, an approach in the screenplay. I am self-taught in this respect, so I allow myself the freedom not to fulfil any kind of conditions, because I don't have to apply any training I’ve received. Just as I was carried along from theatre to film, I also experienced the shift from literature to writing. The scripts I have produced so far were all first written in prose, because I want to express to myself what I'm trying to say. At some point the prose becomes reduced to its essence, structured more like a screenplay, in order to let "visual conventions" come to the forefront. The scripts of both Michael and Angelo also included the exact cuts from one scene to the next. The rhythm is already there in my head. I think making films in general has a lot to do with musicality. When I write, I do so according to a certain rhythm. I have a clear picture of where the tempo speeds up, where it goes more slowly, where I can look around me and where I have to move fast. A film that really pulls me along with it and then lets me relax – that's what constitutes a good film for me.


How would you describe the process of finding actors for the main character in the different stages of his life, bearing in mind that you yourself have a background in casting?

MARKUS SCHLEINZER: I’ll never give up casting. After all, I came into films through casting; that's how I found my place in the industry. While we were auditioning for the adult Angelo Soliman I became aware of the whole range of issues that black actors are still confronted with. The situation hasn't changed: they’re given roles as cops, nurses or the second victims in thrillers. Most of the young men who came to the auditions tried to fulfil the expectations placed on them by the market. I had a large number of potential gangsters, rappers, villains and tough guys, but I wasn't interested in any of them, because I'm sure Angelo Soliman in the middle of the 18th century wasn't particularly muscular and didn't have tattoos. I really wanted an unknown face, as with Michael. During the casting process for Angelo I was really surprised that it was so difficult to find someone with an average body, not toned for the industry. And having children in a film is a real passion of mine. I auditioned 53 child actors for Angelo. Once again it was a joy to work with children.


You are regarded as particularly exacting writer and director who places great emphasis on every detail. That's also the feedback I got in conversation with the producers of this film. What's it like, shooting a film when you have such high standards? How tiring is it?

MARKUS SCHLEINZER: I am a worker. I don't see myself as an artistic personality who leans back and waits to see what the team suggests. I have to roll up my sleeves and get stuck in. To the extent that I'll be standing on the set painting the walls, or sewing the costumes in the evenings. The team has to cope with it. I really like working with materials. I like looking at things, touching them, and I enjoy penetrating every pore. I always have a precise picture of what I want. Sometimes that prevents me from seeing other things that might also be possible, or accepting gifts offered to me on the way. During my first conversation with Alexander Glehr, when we decided to work on this project together, I said: "I'm not interested in making a film. I'm interested in achieving quality." There’s enough transience around; I want to make something that has a certain permanence. Quality can be created very quickly, easily and for a reasonable price – but it can also entail extremely hard work and swallow up a lot of money. No matter how you create quality, the crucial thing is that it's uncompromising. I'm stubborn. But I sleep well. Of course you can never really achieve perfection, and that would be boring anyway. But the standard of perfection has to be held high to the very end. 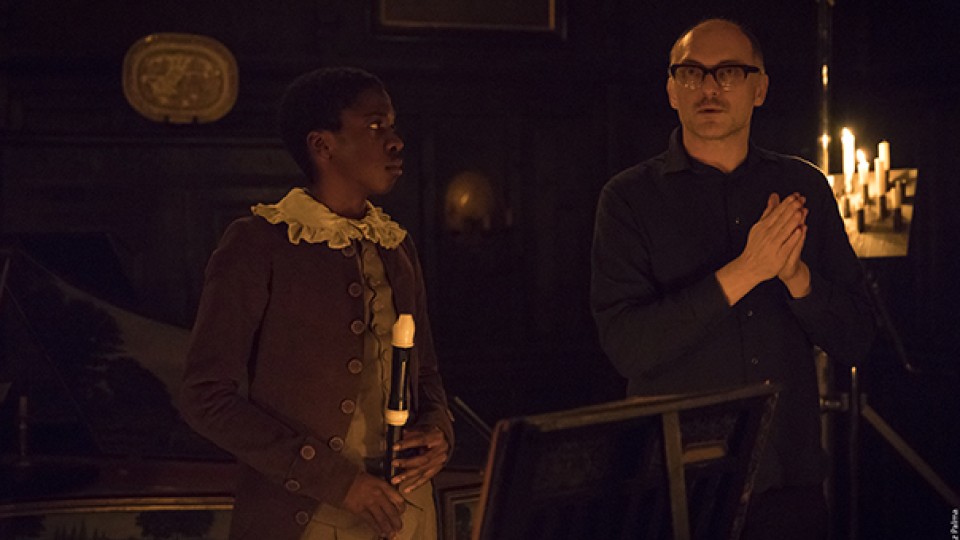 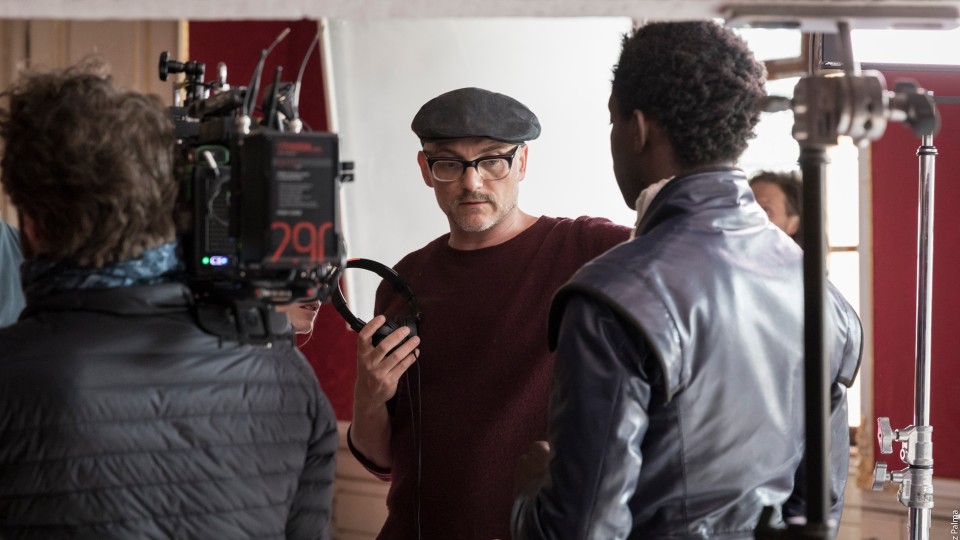 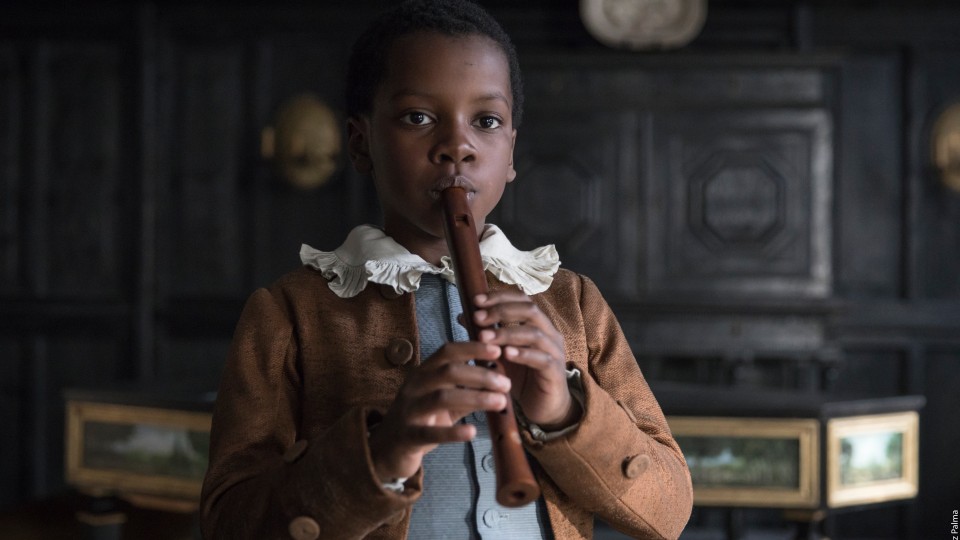 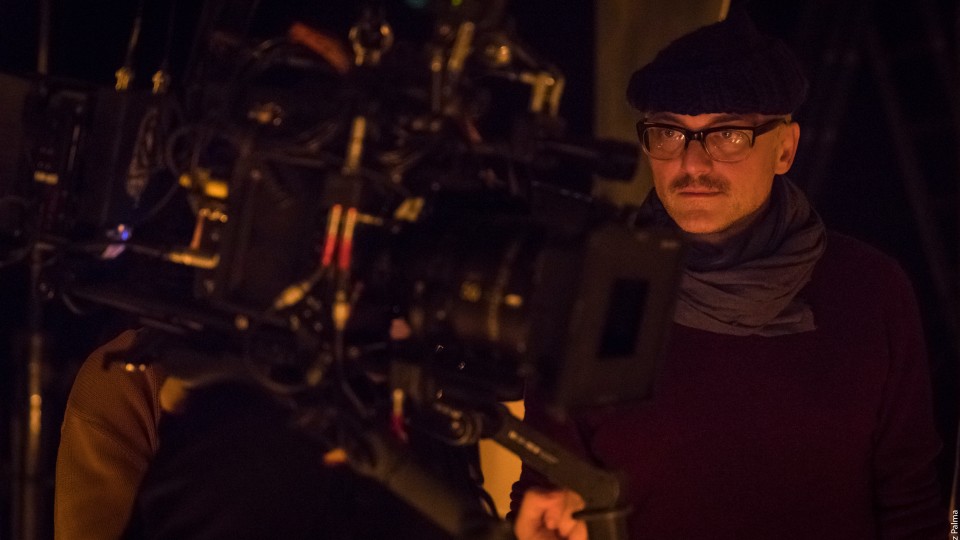 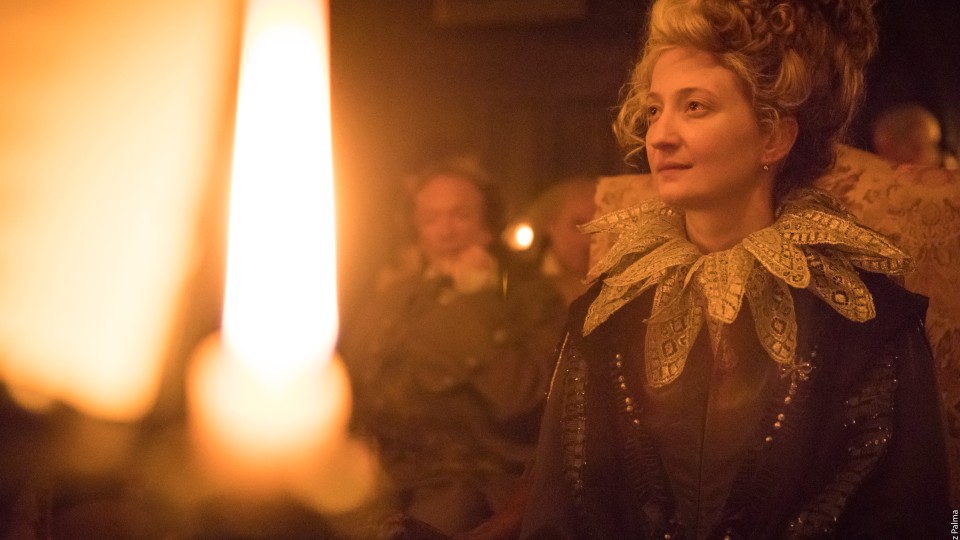 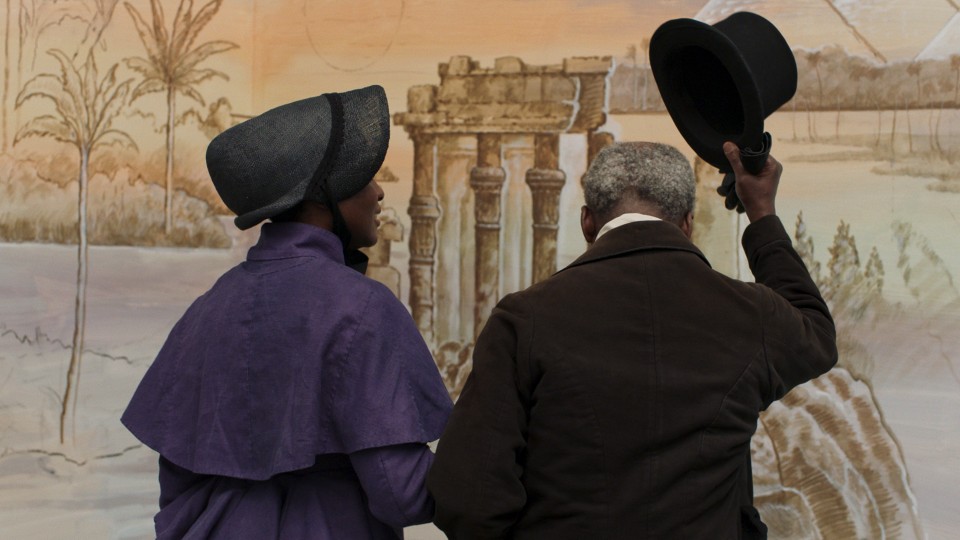 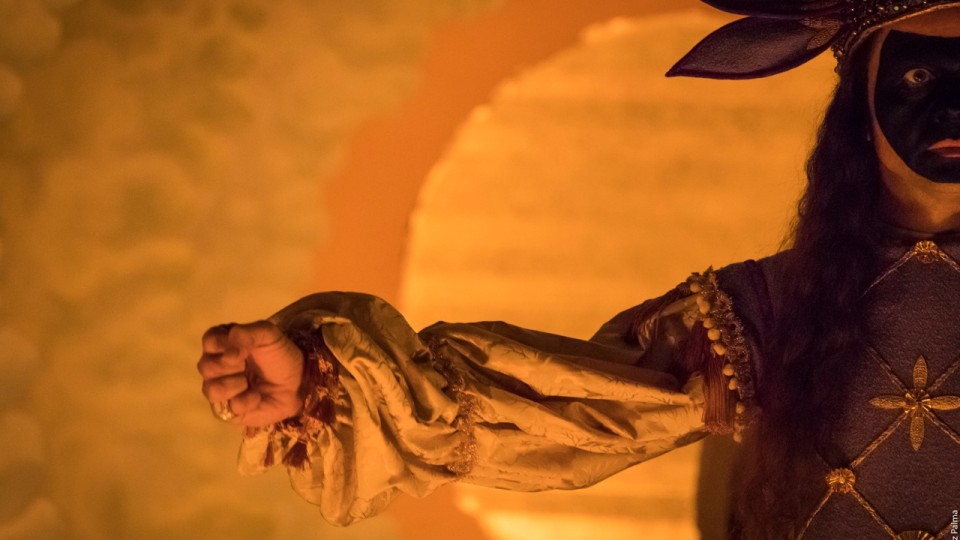 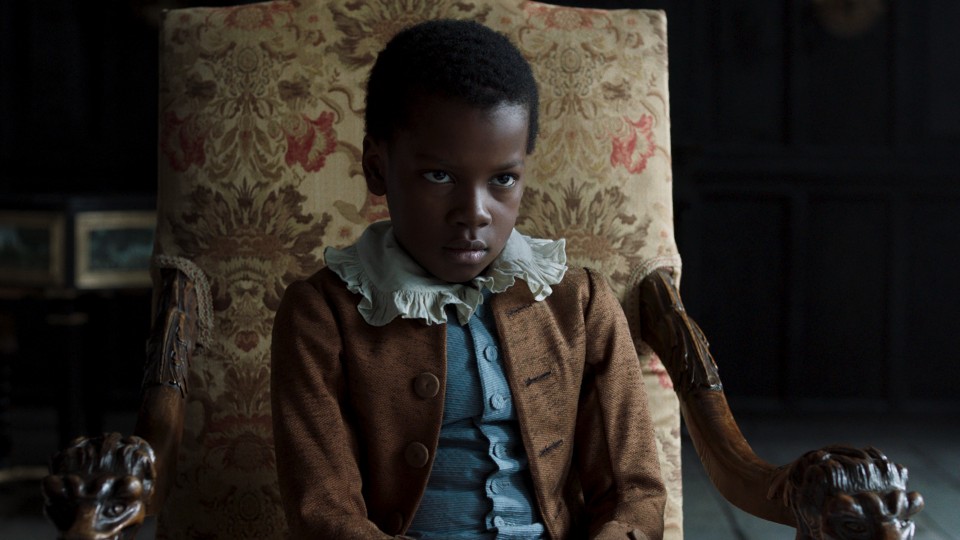 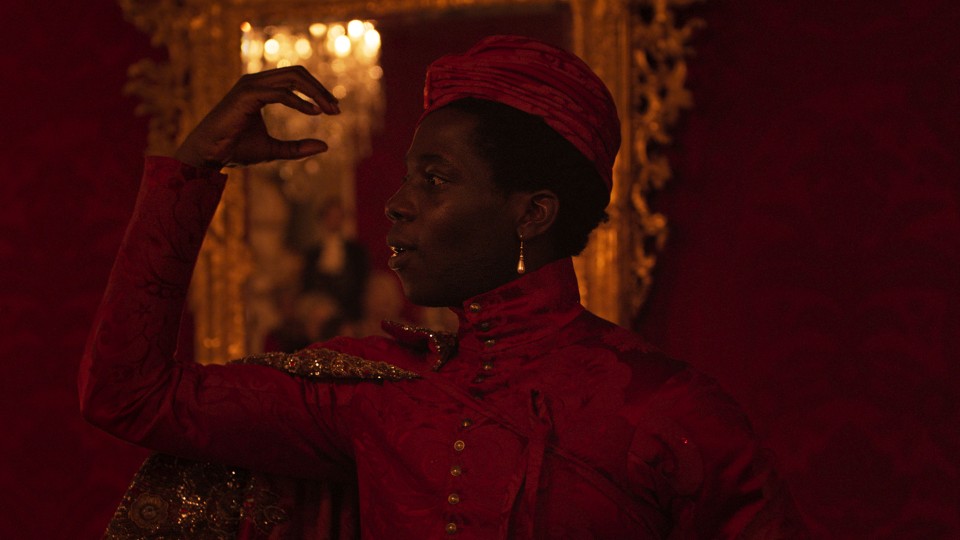 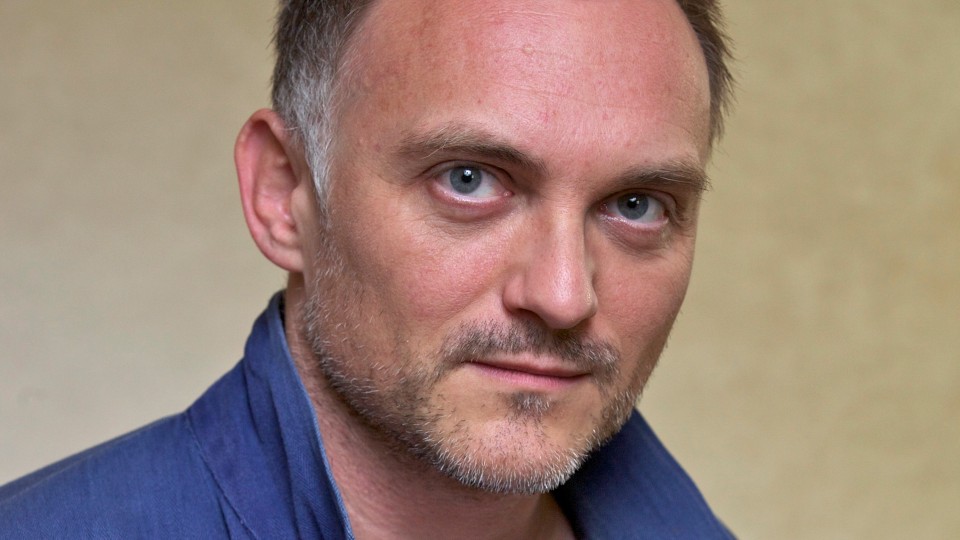 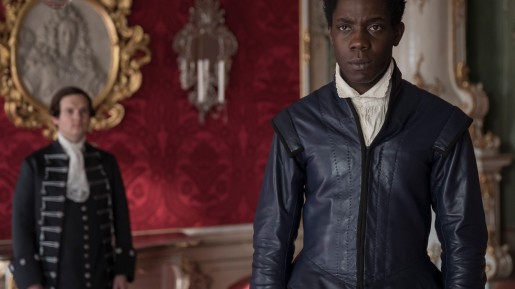 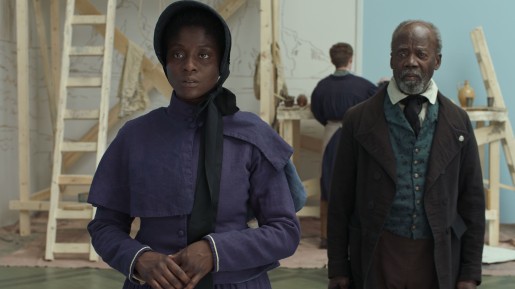 «The star that shines so brightly also illuminates the master it serves.»

«At what point did Angelo let it slip his mind that he was different? »