All
you can
watch
Karl-Markus Pold is a child of the 1980s, but Bud Spencer became the hero of his childhood and, later, the object of his research. In They Called Him Spencer he attempts to capture the phenomenon of Bud Spencer – the personality and the cult surrounding him – in all its unbelievable facets. The film celebrated its world premiere at the Munich Film Festival exactly a year after the death of Carlo Perdersolis.

How did it come about that Bud Spencer, a film figure of the 1970s, also became a cult character for somebody from your generation? What constitutes the fascination surrounding him, which you also take as the subject of your film project?

KARL-MARKUS POLD: Even though the Bud Spencer/Terence Hill films were made in the 1970s, they are still shown virtually every day on one German language TV channel or another. There's even an app. This indicates that the films still work today, and that their appeal straddles four generations. I grew up in the 1980s, I've never seen a Bud Spencer film in the cinema, but still they’re part of my childhood. When fans get together they talk in quotations from the films, and you can tell straight away if somebody is part of the Bud Spencer family. Bud Spencer always fought against evil, and he's a protector: a father or grandfather figure. I was encouraged to embark on the project by the enormous fan community around the world, and without them the film would never have come about. The project was rejected several times by subsidy organisations, and there was also the pressure of time, because I knew that some of the old troupers I wanted to interview were already over 80. I had no alternative but to push ahead under my own steam, with a major contribution from the fan community. Of course, I didn't realise it would take eight years.


As a subject, Bud Spencer/Terence Hill refers to the two characters involved but also to an incredible fan phenomenon. Which aspect did you focus on predominantly when developing your film concept?

KARL-MARKUS POLD: During the course of the eight years my concept changed repeatedly. Everybody knows Bud Spencer, but hardly anyone knows about the real life of Carlo Pedersoli, who was an absolutely multi-talented character: he was an adventurer in the jungles of South America, an inventor, a pilot, a swimmer on the Italian Olympic team, and a qualified lawyer. Eight years ago he hadn't yet published his autobiography, and the sources were very thin on the ground. The best source of information was the fans, and I met a large number of them in the course of my thesis on Bud Spencer. I appealed to the fan community, asking everyone who had an interesting story or some sort of collection to get in touch, and then I went to visit those people on condition they provided me with accommodation for the night. I spent several months travelling all around Europe, and it was in the course of this journey that I met my two protagonists, Jorgos in Berlin and Markus in Augsburg.


Were you looking for a pair of protagonists who would represent a physical analogy to Bud Spencer and Terence Hill? How did you come to select these two?

KARL-MARKUS POLD: They both have very special stories. Jorgos has been blind since birth and loves the films, while Markus had a serious fracture of the vertebrae in his neck, and it was thanks to these films that he found the strength to get back on his feet – although it looked as though he'd always be confined to a wheelchair. It was from his deep sense of gratitude that Markus wanted to track down Carlo Pedersoli. If I had invented those stories for the script, everyone would have dismissed them as completely unbelievable. As soon as I met them I knew they were my team, the ones I would send on the journey. It was a decision based on emotion as well as rational grounds. We only noticed their physical resemblance to Bud and Terence during the editing process, and now we're using that for the marketing.


The firm has two major components: the journey undertaken by Markus and Jorgos as they search for Bud Spencer, and the portrait of Bud Spencer that develops from interviews with people who were around him. Would it be appropriate to speak of a documentary and a fictional level?

KARL-MARKUS POLD: I was determined not to make a conventional documentary film, and I especially wanted the charm and humour of the Spencer/Hill films to come across in my film as well. I very much wanted the spoken commentary to be voiced by Thomas Danneberg, who did the German dubbing for Terence Hill. And it was important for me to meet Rainer Brandt, who was in charge of the German language version of the Spencer/Hill films and gave them a very particular flavour. The German versions of the films are quite a lot funnier than the originals, and they also have much more dialogue. In an earlier version I also intended to use the voice of Wolfgang Hess, who did the German dubbing for Bud Spencer, but unfortunately he died in 2016. And then we had extracts from film songs featuring Oliver Onions, and a large number of sequences from the films. I tried to convey the many facets of Bud Spencer's life through interviews with people who knew him. I also held a number of conversations with him in person, but I found it more interesting to have other people talking about him. The odyssey of Jorgos and Markus as they searched for Bud transforms the film into an emotional journey that the viewers can share. A lot of the encounters, such as when we met Guido de Angelis of Oliver Onions, came about very spontaneously, and it was also a new experience for me when I realized I simply had to capture those things on film. There are in fact only very few scenes that you could describe as staged, in order to round off the course of the narrative.


The film seems to be a production that came into being for the fans and because of the fans, as distinct from the classic film financing structure. Would you say the dynamic of the fan community is both a subject of the film and the driving force behind it?

KARL-MARKUS POLD: These films are simply immortal. The meta-level in the film is representative of many of the fans, but it is also intended for people who are not fans. My film is about people who have a dream – in this case, to meet an idol – and are prepared to overcome all sorts of obstacles to achieve it. Bud Spencer's motto was always the Neapolitan slang term "futtetenne" ("the hell with it"). Even if life is a battle, the most important thing is to believe in yourself, and not to give up. You have to approach life with a sense of humour. That's also the tone of the Spencer/Hill films, which film critics in the 70s didn't understand, or didn't want to understand. The films were dismissed by the critics as primitive slapstick. For the people who love these films, there's much more behind them: the idea that you have to face life with a smile.


A film which, despite the broad support, you had to carry off as a lone warrior.

KARL-MARKUS POLD: I kept going for the first six years with the help of the fans. But after that I had epo-film in Vienna and Departures Film in Leipzig at my side, and they helped bring the film to the big screen. In fact, the biggest problem was sorting out the rights for the film music and the extracts. It was hugely difficult to find out who owned the rights; a lot of the companies just didn't exist any longer. Discovering where the rights resided was a really big job.


Today is 27 June, exactly a year since Carlo Pedersoli died. The film is about to be shown at the Munich Film Festival for the second time after its world premiere. How did the audience react the first time? Does the performance today have a special significance for you?

KARL-MARKUS POLD: Over the eight years that we were working on the film we always had to consider the possibility that it might happen. But still, when news of Carlo Perdersoli's death reached me a year ago today, I was incredibly shocked. It was as if a member of my family had died, somebody I’d been in contact with every day. Of course I had desperately hoped he would live to see the premiere of the film, because it's intended to pay homage to him, to be a big thank-you from all the fans. The world premiere a few days ago was very emotional, and I assume today is going to be very emotional as well. 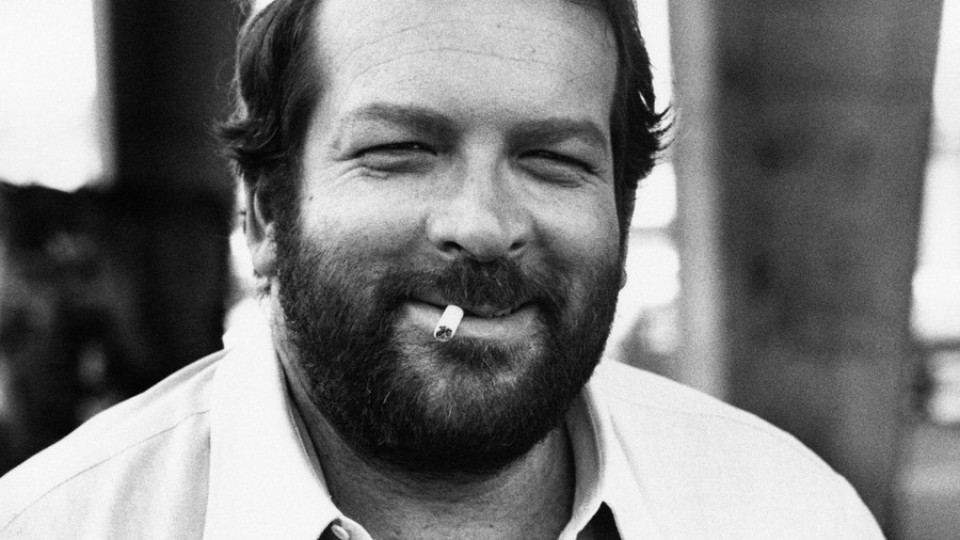 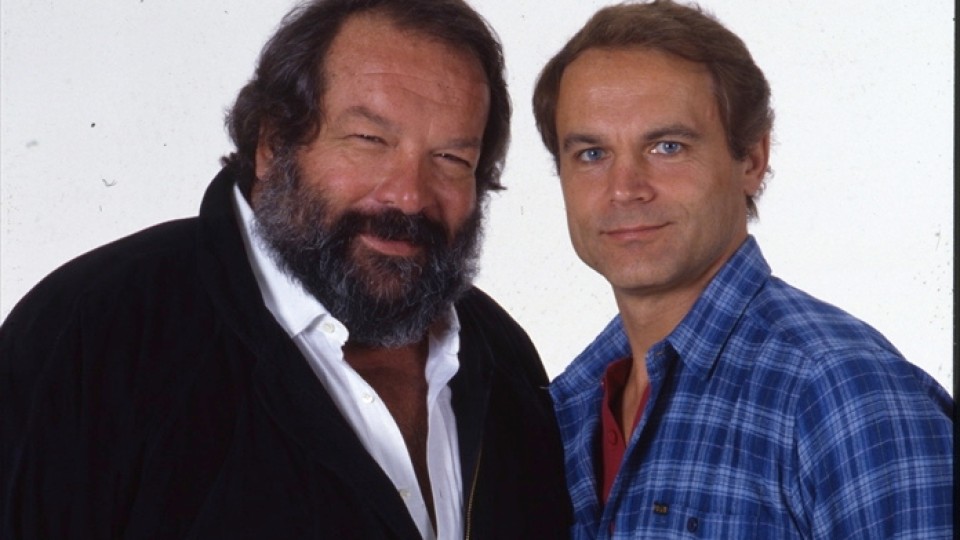 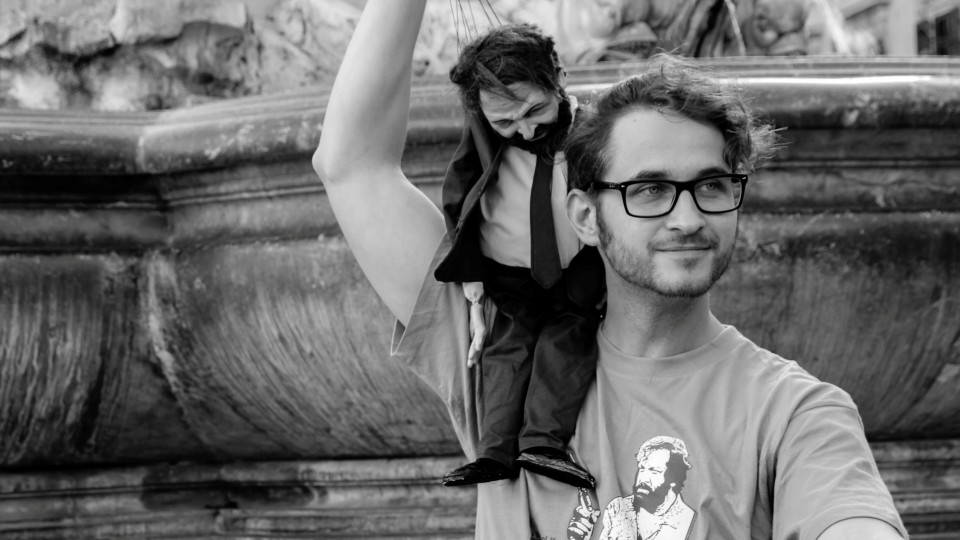 «My film is about people who have a dream – in this case, to meet an idol – and are prepared to overcome all sorts of obstacles to achieve it.»