All
you can
watch
Lack of experience leads a young recruit in an elite police unit to provoke an escalation which proves fatal. A failure – or an act of heroism? Some of his colleagues see it one way, some the other. In his directorial debut COPS Istvan reveals the complexity of a police system which does not permit any weakness, and he explores the narrow dividing line between seeking out confrontation and passing it by.


It would be difficult to begin a conversation about your first full-length feature film, COPS, without also dealing with your first mid-length film, Void. There you take as your subject an incident where Vienna Police Task Squad officers used extreme violence in their treatment of an African man, which only led to the officers in question being called to account many years later. What prompted you to reconstruct that incident?

ISTVAN: I think I first heard about that incident in 2006, and I felt it was just outrageous something like that could happen in Austria. I had the idea of making a film about it at the time, but there was no way I could raise the finance. Five years later the story was still on my mind, and by then it had also come to interest the courts. So in 2011 I resolved to make the film. I talked to the victim and to the police officers involved, and naturally there were huge differences between their statements. I mainly focused on the court records. Of course, I did permit myself some artistic freedom, since those records are very dry.


Your first full-length feature film, COPS, now seems like an attempt to employ a fictional narrative in order to examine more closely a system and the way it functions in practice; to investigate how escalation can take place on the part of the police. To a certain extent, COPS could be the film before Void.

ISTVAN: That's right. COPS could be something like the background. Essentially I was interested in pursuing the subject further. When Void was released, it resulted in very intense contact with the police, who actively approached me. During that period I encountered extremely varied aspects of their world and began to see the police in a much more nuanced way.


During your research how did you manage to form a picture of the Vienna Police in general and of the Task Squad in particular? Did you perform a kind of field study before writing the screenplay?

ISTVAN: You could put it that way. Among other things, I spent a week with police cadets in their lessons at the Security Academy. It was very important to me to experience as much as possible first-hand. Talking to the police was absolutely indispensable, but trying out as much as possible myself was even more important to me. During the preparatory work with the actors it was also crucial that they should get involved in that world, whether that meant reading the criminal code, learning police procedures or taking part in firearms training.


Were you also interested in depicting a system that is the very incarnation of masculinity? Power, weapons, being toughened, dreams of heroism, denial of weakness and pain, male comradeship.

ISTVAN: Yes, definitely. There are no women in the Vienna Task Squad, not because they're officially excluded but because recruits are required to fulfil precisely those acceptance criteria which, apparently, have never been met by a woman. I think, although it's not put into words, they don't really want women. In Cobra, the other special unit, there certainly are women, although not many of them. The masculine aspect was incredibly important for me, especially the attitude of not wanting to admit pain or weakness, because that plays an important role in the spiral of escalation which the film is about. The general attitude among the police is that it's best to keep quiet about that. Admitting weakness could be used against them. And there is no obligatory supervision procedure with the police: attempts to introduce it haven't been successful. Since the mid-1990s there have been women police officers in Austria too, and we had confirmation that the overall climate has improved because having women in these positions has created a better balance.


You also attempt to investigate the difficulties of the profession and its psychological challenges?

ISTVAN: It was very important to me that the film should be balanced, as far as possible. Male and female police officers are the protagonists of the film, so it was also important for me to create some understanding of their behaviour. You don't have to find them likeable, but you should be able to put yourself in their position. Even if they do terrible things, I hope they retain their humanity. It wasn't my intention at all to demonize them.


Laurence Rupp featured in Void as the young Inspector Horn. What was it you saw in him at the time that made him right to play a young police officer? What sort of training did you put him through?

ISTVAN: I knew him from Dead in Three Days by Andreas Prochaska. When we met we got on well from the first moment, and working together on Void was so uncomplicated and inspiring that we both agreed we should work together again. Even while I was writing the script I let him know we would be making the film in a couple of years – so he could be sure to start training early enough. He really built up some incredible muscles, which took him a particularly long time because he puts on weight slowly. That took a huge amount of discipline on his part. And we also spent a lot of time on preparing him for the role of a police officer. It was a great time which gave us the opportunity to submerge ourselves in a world that you wouldn't otherwise have access to.


COPS depicts a system which is lacking in transparency, grim in a sense, and that is also reflected in the very dark lighting of the film. How did you arrange this with your camera team, Andreas Thalhammer and Xiaosu Han?

ISTVAN: We did a huge amount of filming at night. On the one hand this was part of the concept, to make the film dark in tone, because that matched the closed world without transparency and also fitted with the story. The fact that we didn't have much lighting on the set was also connected to our financial situation. A lot of the lighting was from outside, and the advantage was that we always had an open set; the actors could move around without any obstructions. Actually, it was only just possible to film with so little light, but on the other hand it did create a great deal of freedom for our work. We were able to take time to set up the scenes and to rehearse, because we didn't have to change the sets much.


From the first sequences you introduce a fast tempo, music and striking titles, a very high degree of energy, tension, aggression and testosterone. Then the outstanding scene where Chris comes home from his first, fateful mission, completely beside himself, works like a counterpart: a four-minute sequence without any cuts. How did you structure the rhythm of this film, which I regard as a kind of anti-action film?

ISTVAN: My plan was to include more single-take sequences. In the end it didn't turn out to be possible, because the film would have been too long. I'm really delighted that particular scene worked so well. The acting is powerful, and the camera work is extremely impressive. Everything works. A stroke of luck. We must have done five takes. While we were editing we also discussed cutting that scene, because it's so much longer than the others. But it's intimate and authentic; it was simply too good to interfere with. In fact, I was constantly surprised by the process of editing the film, because it got shorter and shorter. The first raw cut was 140 minutes, so I assumed we’d end up with 120 minutes at best. Now it's 92 minutes long, and I don't have the impression that tightening it up like that has damaged the film, even though entire scenes have been cut. I think it now has a very good tempo, because it's very compressed and fast. I wanted to make a film that grabs you from the very beginning and then throws you out at the end, preferably with the feeling you want to see more.


One of the fundamental questions posed by COPS is: Who represents the real danger, the police or the people they are combatting? What answer did you find to that question, particularly in light of recent political changes which have seen the FPÖ (the right-wing Freedom Party of Austria) gain power in the Ministry of the Interior? The film certainly has taken on particular contemporary relevance.

ISTVAN: We have reached a crossroads. All around the world, and also in the Austrian police, the development is in the direction of mounting militarization. There are increasing attempts to re-arm the police and assign them more and more military tasks. There can't be much doubt how this tendency will continue with a Minister from the FPÖ. And that's precisely why we are now at a critical point where it is still possible to change direction. It may be questionable exactly how many options are open to us as citizens. The election is over, the ministerial posts have been allocated. In the USA this development has already taken place, and Austria is lagging behind somewhat. In the USA the police act like soldiers when they perform security tasks. The citizens of the country are treated like enemies from a foreign power. In our country there is bound to be a worsening of the situation. Tanks and other military equipment will be rolled out for relatively minor incidents. The more equipment and authority the police have, the more uncomfortable it will be, especially for marginalized groups. The police have a lot of arguments relating to their own safety, and they often claim the profession is becoming increasingly dangerous: that's why they say they need more protection. I think there is a spiral in operation here which can only be halted with difficulty, and it means not only that as a civilian you are an object of general suspicion, but that every civilian will be perceived as a threat to the police. 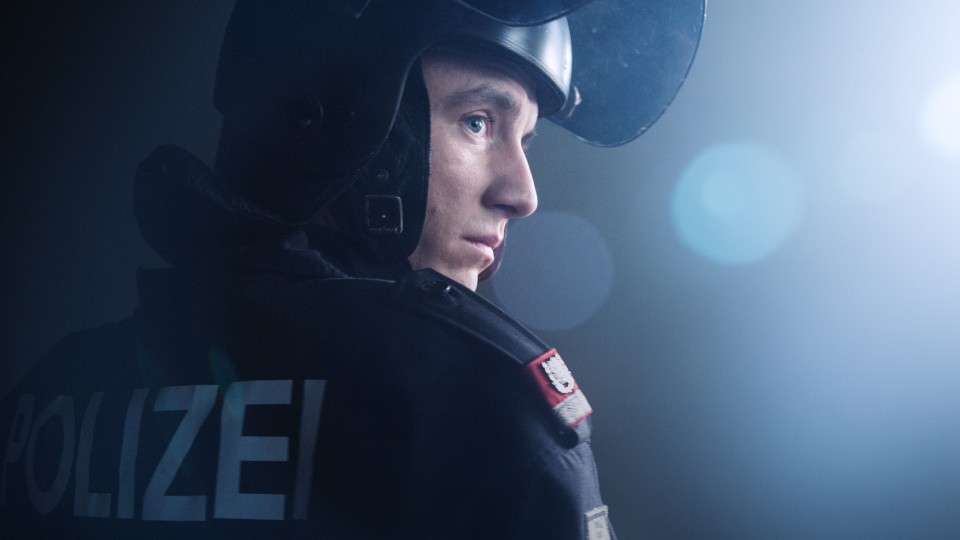 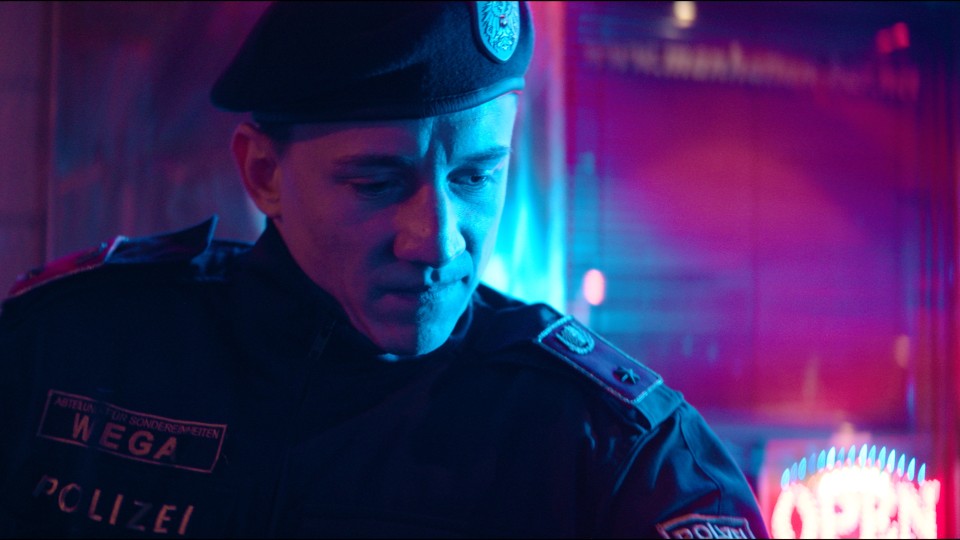 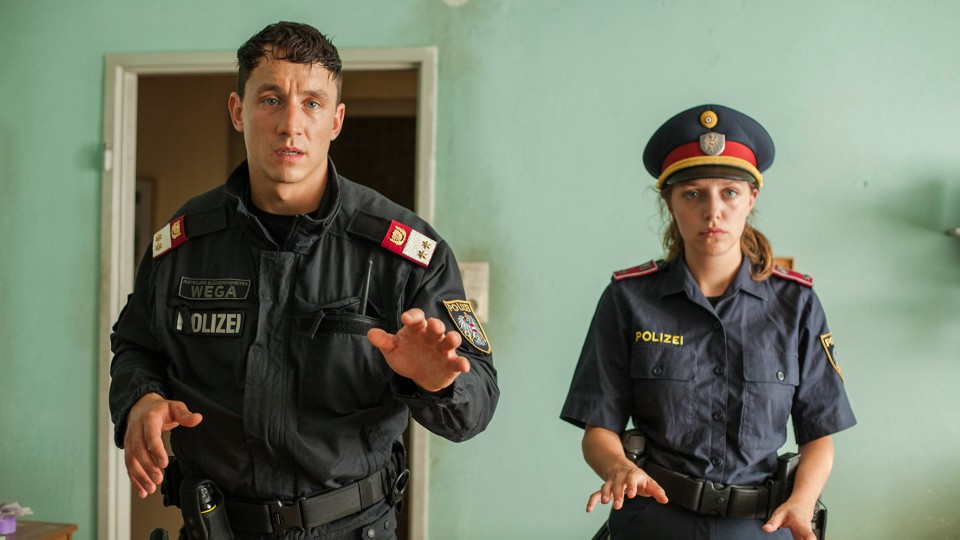 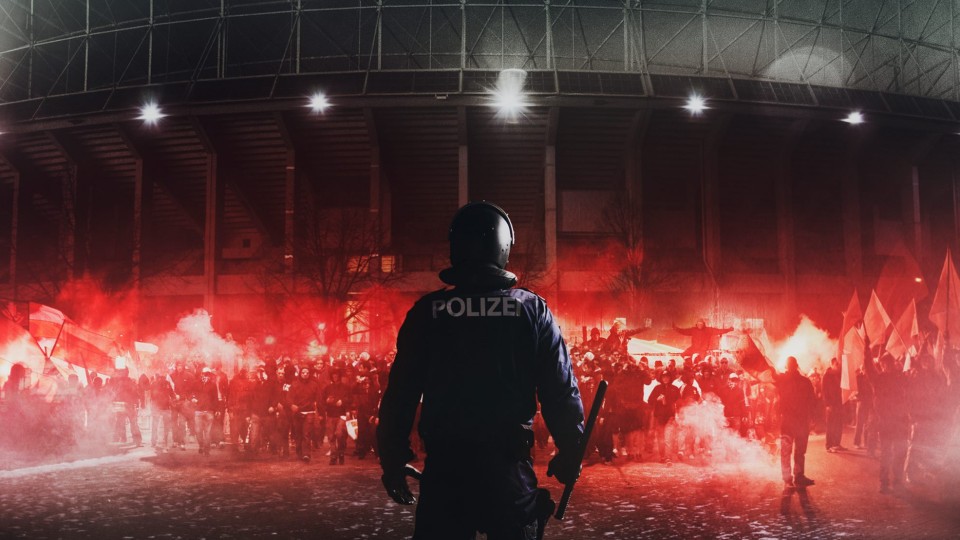 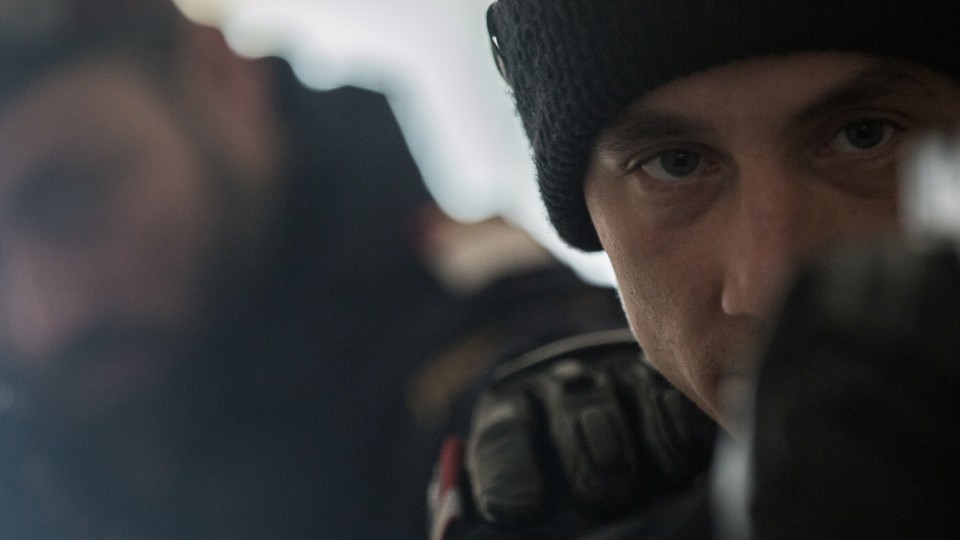 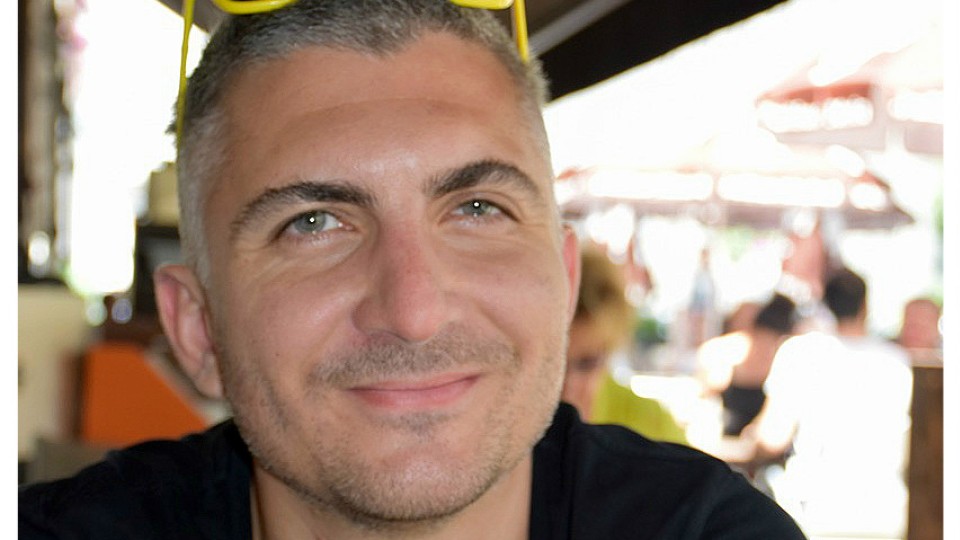 Stefan A. Lukacs (aka Istvan)

«It was also important for me to create some understanding of their behaviour. You don't have to find them likeable, but you should be able to put yourself in their position. Even if they do terrible things, I hope they retain their humanity.»