All
you can
watch
After their second-oldest brother committed suicide, Stefan Bohun and his brothers embarked upon a journey together – first, to discover more about depression and the pharmaceutical treatment available to combat it, but increasingly in an attempt to find out more about their relationship with one another, and about the brother missing from the group now… And to laugh and weep at the places that had been so significant to him, as a means of saying farewell.
An interview with Stefan Bohun (director) and David Bohun (producer).


At one place in the film Stefan says to David: "Every time I look at you, I don't know whether we are dealing with each other on a professional or a private basis." There could hardly be a more personal way to unite the private and the professional than to reflect on the death of your brother in a film together. Who first raised the idea of making this film, and how long was it after the death of your brother?

DAVID BOHUN: Do we agree on this? I remember where it was. Almost exactly a month after Jakob's death we were both at the Berlin Film Festival with our brother Johannes, and we came up with the idea together of making a film. At that time the subject of depression and psycho-pharmaceutical treatment was much more in the foreground, with a possible personal connection to our brother.

STEFAN BOHUN: Our first focus for the film project was directed at external influences; as a doctor, he had easy access to psycho-pharmaceuticals, and we did intensive research into that. It was only when I was writing the concept for the submission that the focus shifted more and more to the level of personal memory. Not least because I had also conducted a lot of interviews with people who had attempted suicide, or who had been touched by the subject through close relatives.


Focusing on you four brothers also meant that neither Jakob’s family in Portugal nor your parents feature in the film. His colleague and friend Lilia does appear, largely in the form of her voice but also in images outside the hospital in Porto. Was it your intention that a female influence, especially one from outside, should also be shown?

STEFAN BOHUN: I wouldn't say there was a conscious decision behind Lilia making a significant contribution to the film. The fact that our parents and Jakob’s family don't feature was their decision, which I respect. I think in the end it was good for the film to focus on a small number of people. Naturally whether Lilia would appear at all had to be weighed up. I thought it was a good idea on several levels. On the one hand, she really does help the balance, since we are all men, and on the other hand she represents by virtue of her language the country Jakob had emigrated to. And she's a doctor, like Jakob was, so she also brings in his professional world. With Lilia there, a facet of his life we hadn’t known is presented.


Setting off with your brothers on a journey of grieving, with the cameras rolling, also suggests a willingness to admit witnesses to a very personal interaction. Is the film also a kind of posthumous gift to your brother?

DAVID BOHUN: Terms like "homage to Jakob" came up frequently. And there was a very strong desire to create a record for Jakob's children. Beyond that, it is our hope that people who don't know us may find points they can relate to in our film, due to their experiences. At a very early phase of research, when we placed small ads to look for people with experience of depression and suicide, we realised what a powerful need there is for discussion and exchange of experiences. So the concept is based on two ideas: one very much focused on the family, but also one which is aimed at a broad audience.

STEFAN BOHUN: The film was also intended to establish a basis for discussion. A way of putting forward a different view than: "Let the dead rest in peace". I think it's important to consider and to discuss the mechanisms that can be part of suicide (where not addressing things, keeping quiet about them, is often part of the problem). We wanted to suggest an alternative to keeping silent, which was far from easy. It was a real balancing act, especially because I wanted to make a film that wasn't only about death and grieving but that also had some lightness to it. Whether that's how it comes across to the audience is another question. Jakob was somebody who liked laughing, and we got on very well precisely because of his humour.


Part of the research took you into your family archives. Why was it so important for the film to return to the situation of your childhood?

DAVID BOHUN: Our parents passed on to us their feeling for photography and film. During our first trip to Spain and Portugal in 1992 we had what was then a very modern video camera, and we all experimented with it. When our parents got divorced the films ended up in boxes, and it was only when I started researching for the film that I took a close look at them. Those images convey very powerfully the feeling of what childhood meant to us. For me it was a spotlight on the dynamics between us brothers.

STEFAN BOHUN: If I make a film with my brothers, then our origins are at the centre of it. You generally don't look at issues like that so closely, and you never ask yourself how the others experienced things. The subjects we have addressed developed intuitively. It all went back a very long way. The time of the divorce was a phase when Jakob, who had a girlfriend in Portugal, spent more and more time there and was hardly present with us. It was a time of transition, and everyone has his own memories of it. The idea was to trace what linked us in childhood and also to find the forces that moved us apart. When you meet as a family you very quickly slip into the role you have been assigned, and for me as the second-youngest brother, and as the director, it was really difficult to determine by myself what should be done. And we did decide a lot of things together. Listening to each other and accepting suggestions was an important process, and at the same time it was very good to discover that they accepted me as the director.


The initial assumption might be that having a camera present with a group of brothers could be an inhibiting factor. But in the end the impression that comes across is that, on the contrary, it may actually have functioned as a catalyst. How did you all deal with the camera's presence? Was it helpful that Klemens Hufnagl was a person you trusted?

DAVID BOHUN: I started my studies at the Film Academy in 2004 with Klemens, and in the meantime I've made a lot of films with him, and we've travelled together. Stefan also chose him as the cameraman for his project. He was definitely a man we could trust. He and Hjalti Bager-Jonathansson, our soundman, were something like half-brothers who had to follow all our discussions and conversations, and they experienced a great deal with us. Matthias did feel some inhibition at the beginning, more than the rest of us, but he also managed to forget the camera very quickly, and an atmosphere of genuine intimacy developed on the set.

STEFAN BOHUN: I wouldn't have made the film with somebody simply because he was a good cameraman. It was important to me that there would be a family feeling with Klemens and Hjalti on board. Personal documentaries are often filmed by the protagonists themselves, sometimes with hand-held cameras. That would have been a different film. I wanted to be one of the brothers in front of the camera, as far as possible. It's a peculiarity of us human beings that we see the past in romanticised images; I wanted to bring in memories by means of conversation, and to find images that could contrast with the archive material. On the one hand there are visually sophisticated, happy images, but in terms of content they contrast with the events that took place between us, especially the suicide. That contrast was very important to me.


To what extent did your feelings towards Jakob, and between you brothers, change during the course of the project? How far did it trigger a process of reflecting about being a brother?

STEFAN BOHUN: The emotional aspect arose quite naturally. It was only when I reviewed the rough footage that I saw Johannes cried on two occasions. It was very moving to see David showing his feelings so powerfully, because I generally experience him as more reserved. Climbing the mountain was almost a spiritual experience for us all, and we were close to tears. The only way I can explain it is in kitsch terms, because that's how it was. Being up there, at the highest point, with nothing above us except the heavens, and wondering what Jakob found so fascinating about the mountains. And then, although it was very overcast, suddenly the clouds parted and the sun came shining through. "Being a brother" is something that accompanies you through life in a sort of abstract way: your brothers aren't always there, but you know you have them. I'm sure some things did change, but I want to be cautious, and not jump to the conclusion that now we’ve processed the whole thing and found closure. We made an attempt to come to terms with things, and we did so in the context of being brothers. This brings me back to the idea of the camera as a catalyst: it had an almost therapeutic function, like a kind of silent observer that is present in the context of sessions, and because of its presence you’re more inclined to talk about things in a very focused way. I still feel that we created something together and experienced something which unites us.

DAVID BOHUN: I have the feeling that each individual brother became more aware of the state of being a brother, more conscious of his relationship to each of the others. It threw up some weak points, and it set us a task for the future remaining to us: to defuse some potential issues, because that are still lots of rough edges about being brothers. I think we certainly became more sensitive, and I never again want to be in the position of blaming myself the way I did in the film. 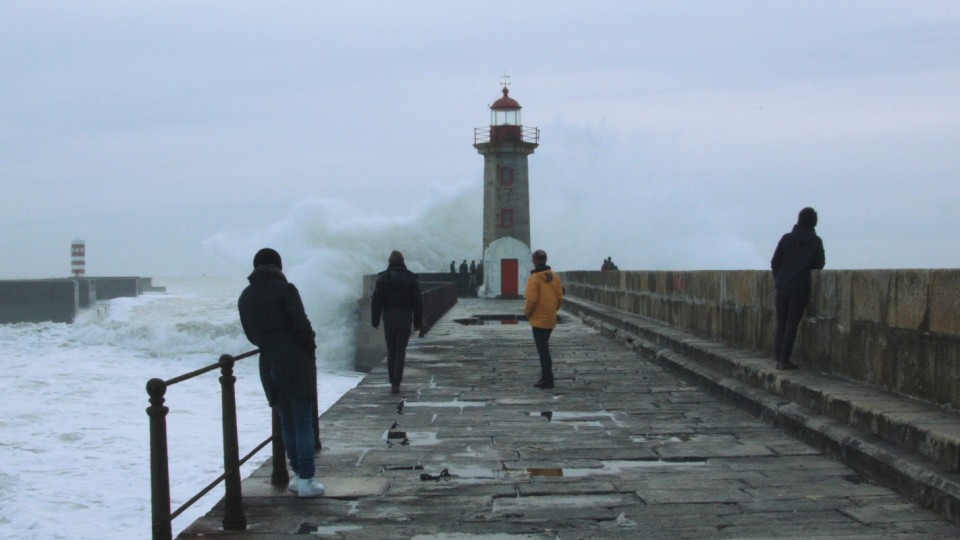 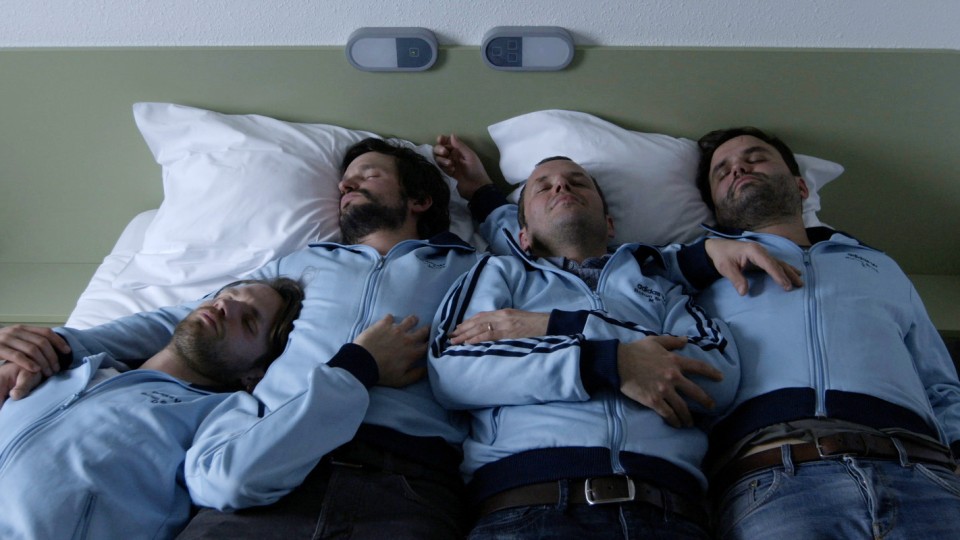 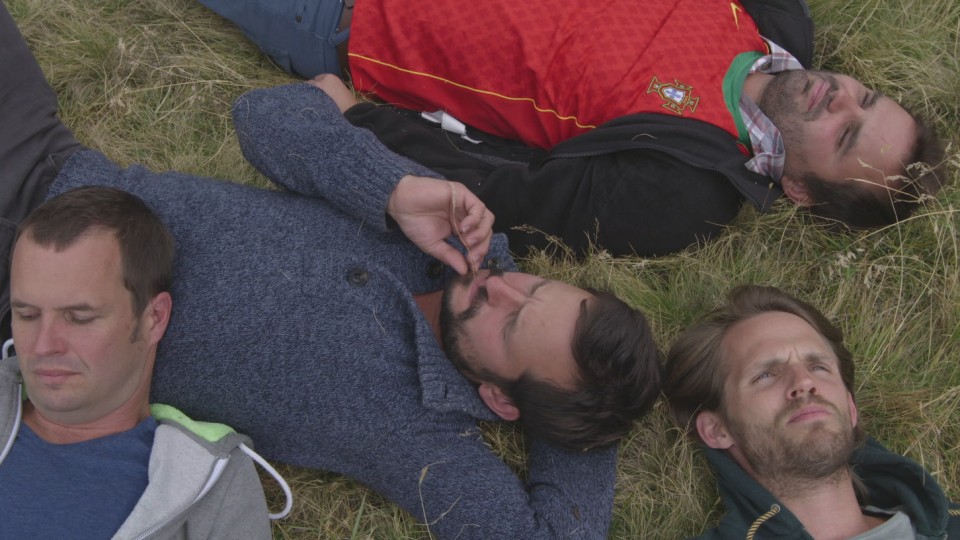 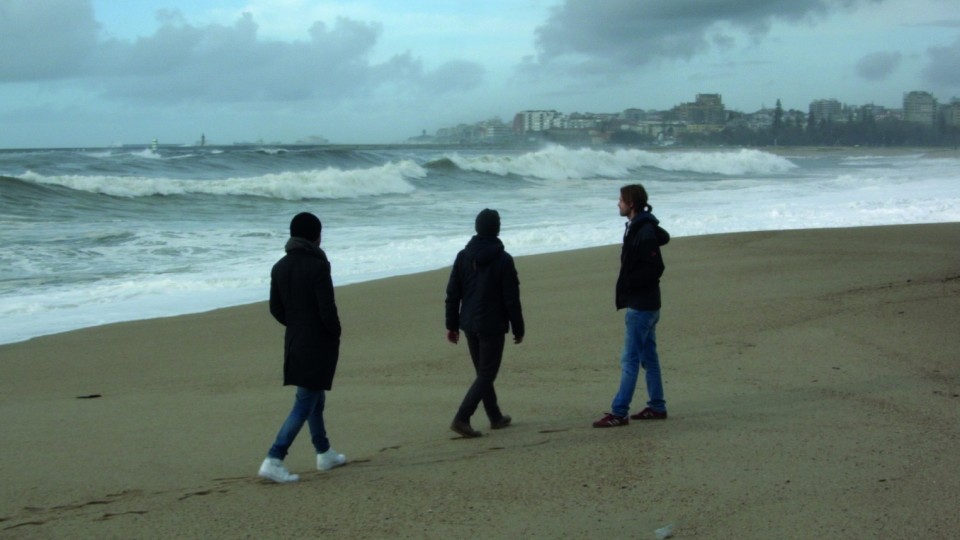 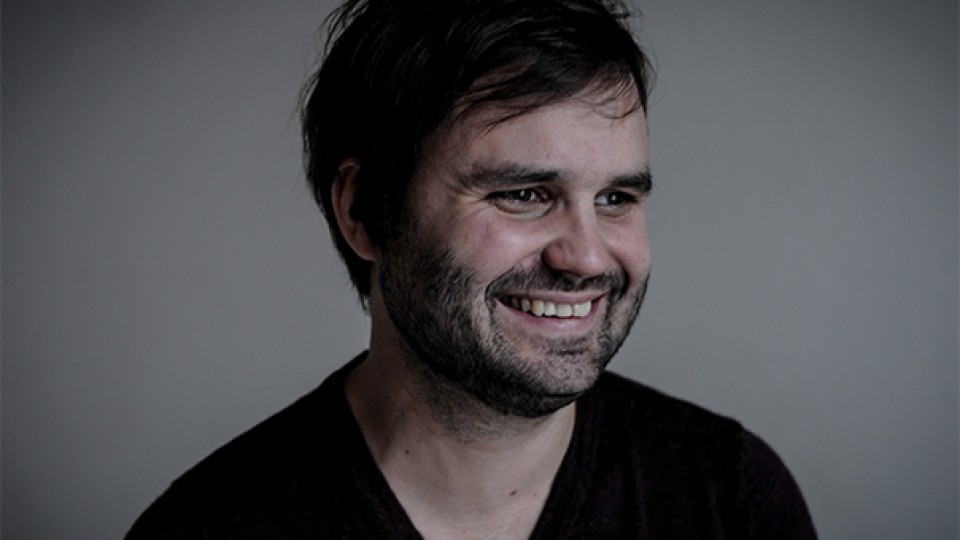 «We wanted to suggest an alternative to keeping silent, which was far from easy. It was a real balancing act, especially because I wanted to make a film that wasn't only about death and grieving but that also had some lightness to it.»
Stefan Bohun