In Ludwig Wüst’s Departure two strangers reach a tacit understanding to journey together for a time, which leads them to a radical turning point.


You have cited a Japanese term, "the sadness for the passing of things", as the inspiration for this film. The woman in Departure quotes a Russian poem which speaks of existence as that which is not seen, which cannot be heard and cannot be expressed in words. To what extent is it intended as a filmic poem, or a poetic narrative?

LUDWIG WÜST: I don't write my films sitting at a desk, cut off from the world. They develop as a process with my cameraman Klemens Koscher and Claudia Martini, who has now featured in four of my films. For Departure I followed my intuition: I have wanted for a long time to move through a landscape in a film and narrate everything through images; there is hardly any dialogue in Departure. It wasn't the intention at the beginning that I should be in the film myself, but there again I followed my intuition and tried to step outside my own universe and deliver myself to myself. The Japanese saying came about because I had discovered Japanese cinema, which I hadn't known anything about before, and it opened up a whole new filmic world to me. After my last film, Heimatfilm, I sensed that something had come to an end. There was peace for a while, and then the new project pushed itself forward – a road movie with the working title The Last Journey. When I write I don't have the goal in front of my eyes, just the way. The Japanese cinema opened up to me a completely radical visual language and method of reduction. "The sadness for the passing of things" is a quote from a book about Ozu, and it struck me like a bolt of lightning. My interest in Ozu turned everything upside down.


The title, Departure, triggers associations with a new beginning, with vitality and euphoria. But the film takes us back into memories, on a journey inwards. Was it your intention here to create a sense of bewilderment among the audience by playing with oppositions?

LUDWIG WÜST: My working title was The Last Journey. That was in 2014. It was clear to me that this journey would have nothing routine about it, and at the end it would have changed life. As characters I had a man who lives with a woman in a state of unresolvable conflict, and he meets a woman who is sitting on a bench in the middle of the countryside, translating Russian poems. The idea was that the man, who is a craftsman, simply takes this woman with him – a gesture that has become pretty rare these days. He becomes a kind of guardian angel for her. I also wanted to talk about archaic objects, so this carpenter works with simple tools in a workshop where there is no water or electricity. I was looking for that kind of sensual experience where the aim is to make something from a piece of wood, or to eat an apple. These things arise in the course of the journey, which ends in a dead-end at a harbour, where some essential things become transformed: the suitcase and the wooden cross are destroyed, to make a fire so the two characters can eat. This gives rise to a timeless moment, just as the entire film is completely in the present.


You have referred a number of times to the idea of a journey into the unknown, which you and your film partner Claudia Martini embark upon. What kind of textual basis was there for Departure before you started filming?

LUDWIG WÜST: There was a text as a basis, because after all we applied for funding for the project. During the three years that we were working on it a great deal changed. Claudia, who always draws up a biography of her character very quickly and with incredible intuition, must have recreated her character about five times. In order to shape my character I had to look within myself on the one hand, while at the same time creating a substitute in my head so I had the distance necessary for the reductive process. While we were filming Claudia and I had a motto: "Don't act. We are here. That has to be enough." We rehearsed over many weeks at the original locations, and we developed the film on location shot by shot. I used up five storyboard books until we felt ready to start filming. Whatever we could discard during this process, we did discard. That was possible because there's been such a powerful feeling of trust between us for so long, and we always go further. We never had to start from the beginning. We began this developmental work in spring, and by the beginning of November it had reached the point that we scheduled 10 days of filming. They were very intense days – my best work so far – during which we thrashed out how far we could go. This film probably took the same strength and energy as the 10 films I made previously.


What was your attitude towards yourself as an actor? How were you able to keep the perspective of the director while working on your character with such intensity?

LUDWIG WÜST: There was a crucial film experience in that respect. Cristi Puiu also played in his film Aurora. I found his minimalism amazing. I felt that I also had to make an appearance at some point. Before I started making films, I directed in the theatre, and I also trained as an actor. I learnt that craft just as you might learn to be a carpenter. I was determined to include these two aspects in Departure in a sensual fashion. As far as the character itself is concerned, my aim was to forget myself. Analyzing the test footage made it possible for me to drop all masks and cloaks, and just be there, without feeling anything. That's why it is also important for me to emphasize that it's a presentation, not a piece of acting. In my monologue there are elements that come from myself and others that come from somewhere else. On the set I had to withdraw into a kind of bell jar when it was necessary to switch from directing to being in front of the camera.


Transport links, modes of transportation – whether it's a country road, a railroad track, trains, a boat to make a crossing – are very immediate images in Departure, very much in keeping with the title. Why do these images form the foundation of the narrative?

LUDWIG WÜST: The train as a motif has been crucial for me since childhood. I come from a village where the trains used to thunder through, and the tracks were a place for us to play. At the same time we experienced on a daily basis the danger and the power of these machines, which were unstoppable. To me, a train thundering over a crossing is a metaphor for life. Time races on, and it doesn't care whether you want to be on board. In Departure life is racing past the man, because he has allowed himself to be stopped by an unresolvable conflict. At some point he has to make a move, and before that he has to put an end to something. The train represents a powerful parenthesis – at the beginning, with the scream towards the train, right through to the end with the dead tracks at the harbour and the freight train coming past. The roads in the film are small, no longer in use, virtually left over roads, just like my two characters in the film are left over people. At some point they have to continue on foot, and the fact that the woman is travelling with an empty suitcase has something surreal about it. The episode on the boat really does have an association with the beyond, which is also conveyed by the music, with the drumming and the tolling bell. The curious little yellow vehicle has something of the space capsule about it, creating the impression of a mission which the man is fulfilling and then moving on. I followed certain things that struck me as appropriate. It was important to me that they were sensually appreciable, and partly also lost things.


After such painstaking preparation, how should we picture the filming itself? Does it generally work with single takes? There are certainly very long uncut sequences and also 360° pans.

LUDWIG WÜST: The long sequences without any cuts in my film are connected to a certain extent with my artistic background in painting. My film Tape End consists of one single shot. For My Father’s House my cameraman Klemens Koscher and I choreographed the route that he would take for an hour with the hand camera on his shoulder. The actors had to adapt to his movements. In that sense I always try to push back the borders. The principle of not repeating a shot in my films has something to do with the setting and also with the fact that we are a well-coordinated team. I don't like cutting. I'm a painter. I move around in a painting. It's like one long breath, when Claudia is sitting on the bench, and then a series of gestures take their course. That takes time. I don't see any reason at all to cut the shot. The scenes in Departure weren't uncomplicated. We rehearsed for long enough until it was perfect, always aware that we would have at most the chance of one more take.


Your mode of working suggests that you become completely absorbed by a film project for a certain time. What state are you in at the end of a project like that? How often can you exhaust yourself in that way?

LUDWIG WÜST: In the case of Departure it was extreme. From the moment it became clear that I myself would be in front of the camera – which was six months before we began shooting – I was no longer part of "normal" life. I was only a part of the film. I had my daily rituals, and I virtually only met people who were involved in the film. As a general rule I never like talking with outsiders about a film. But I've never been so consistent in that before; and the project has never demanded my complete attention for such a long time before. I knew the film needed that, because I had to find my language for the film. In my experience, with every film it gets harder and not easier to define the direction of the new film. How little can I get away with? was the central question. 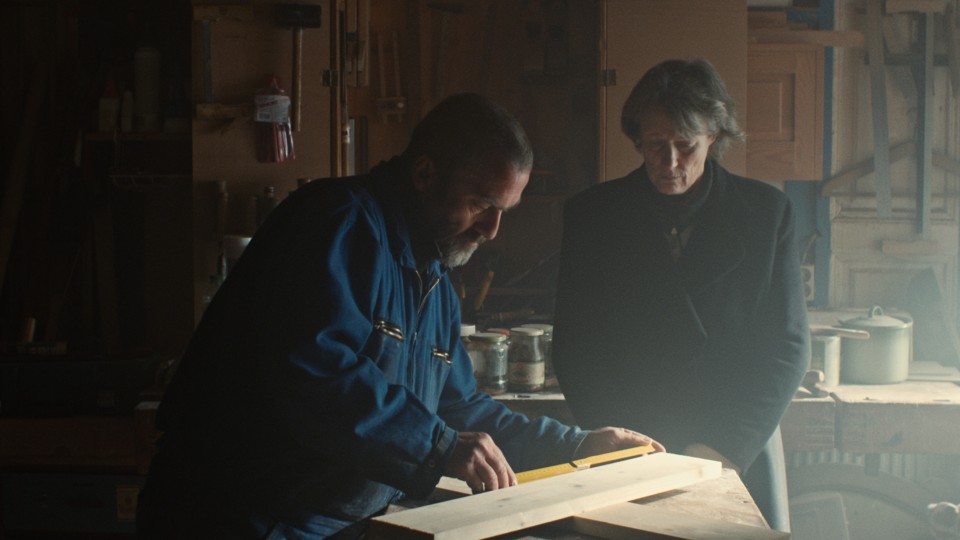 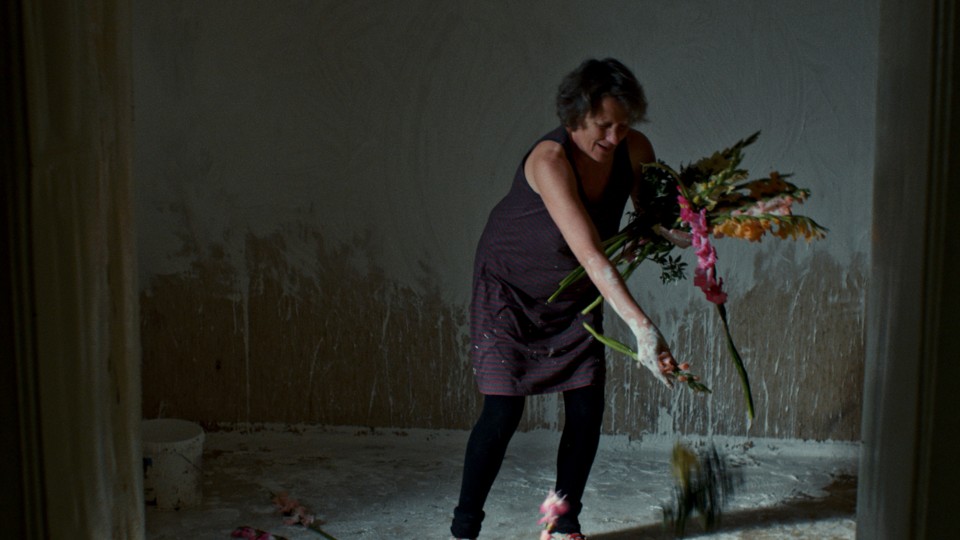 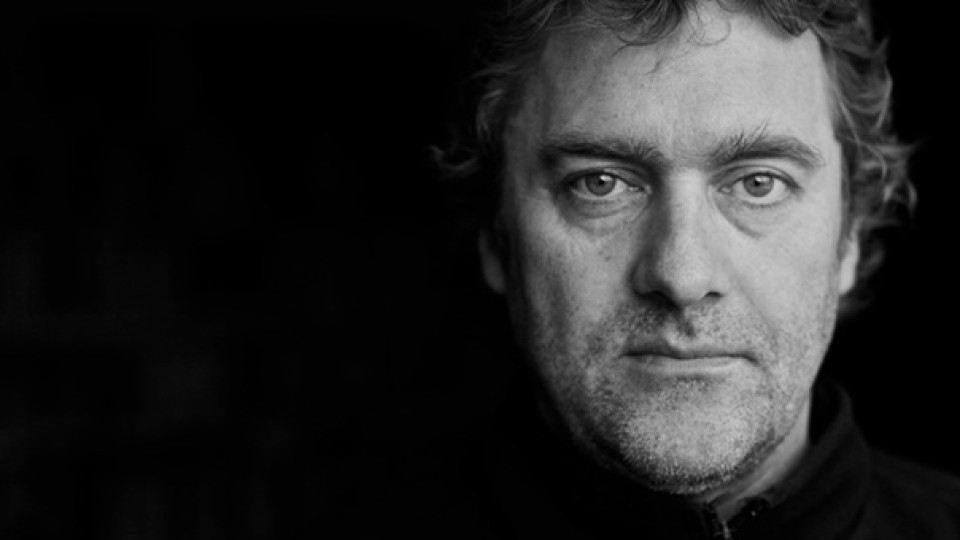