All
you can
watch
In The Green Lie Werner Boote not only demonstrates how major companies use huge advertising budgets to make their images “greener” so they can continue unabated to destroy resources and the environment; he also makes the conscious point that sustainable climatic and environmental protection can only be achieved by political means and not just by more aware behaviour on the part of consumers.

In your last film but one, Population Boom, you examined the claim that the earth is overpopulated and questioned the statistics and measurable facts. In focusing on “greenwashing” The Green Lie appears to deal with an appropriate subject for a post-factual era, where the aim is image correction by means of changing the colour of the facts. For how long has the term greenwashing been applied to the media?

WERNER BOOTE: The expression greenwashing is used when a company deliberately presents its image as more environmentally aware and fairer than it is. Retail chains, for example, use huge advertising campaigns to promote a tiny part of their range that is environmentally friendly, even though these products comprise much less than 1% of their total turnover. The first known greenwashing campaign was back in the 1970s; it was called People Do! and was launched by Chevron when they realized how much industrialization was destroying resources – and that people were beginning to get interested in protecting the environment. Of course they presented themselves as a company with a touching concern for the preservation of the idyllic natural world. Deep greenwashing, which is when lobby groups put pressure on governments, is one of the most dangerous things of all.


Does your first sentence in the film, “I have been told that I can save the world; that’s a lie”, address the core problem: that the task of solving the most urgent issues of our time – protecting the climate and the environment – is being transferred to the individual, whereas in fact it requires urgent and comprehensive regulation from governments?

WERNER BOOTE: More and more people around me want to buy products that are fairer, more regional in origin, and more organic. The fundamental question you have to ask yourself is: “Why must I, as a consumer, have to choose between products that are eco-friendly and those that aren’t?” And also: “Why is more and more of the natural world being destroyed, if all the major companies are as ‘green’ in their behaviour as they claim?” Working on The Green Lie made it very obvious that while a sense of individual responsibility about consumer behaviour is of course important, in order to effect fundamental change and reverse current trends, far-reached political measures are definitely necessary. Products that infringe human rights during the production process and destroy the environment must be banned. What I hadn’t been so aware of before I started research on The Green Lie was that the entire commercial system has to be comprehensively rethought. And there are already a whole series of models available. We, as consumers, can’t just go out there and investigate whether a product is good or should be discontinued. It was that feeling of helplessness that made me want to find out where the real power lies in all this, and where a solution for me as a citizen might be found.


You decided with this film, for the first time, not to be the sole presenter but instead to approach the issues by means of dialogue. Who is Kathrin Hartmann?  Why did you choose her as a partner and adopt the dialogue form?

WERNER BOOTE: In my last few films I always chose the format with me strolling through the scenes asking questions. If I wasn’t actually conducting an interview I would express my thoughts off screen, which I generally didn’t formulate until the editing process. This time I wanted to try something new: posing my questions on camera and then considering them straight away in conversation with someone else. I wanted to see whether it’s possible, by using an approach that resembles that of a feature film in some ways, to introduce an emotional level into a documentary film. I knew Kathrin Hartmann from her book Das Ende der Märchenstunde, which I found very moving, and I met her on the TV program Club 2, an ORF discussion show. We were both guests, and she was very impressive the way she took a stand against the big shots from the world of commerce. When I approached her about my idea for a film a few months later, she agreed immediately. From that point onwards the question facing us was which of the green lies we wanted to expose, and how we should go about it.


In The Green Lie you once again travel all around the world. Since greenwashing affects every area of our consumer behaviour, and therefore all the major companies, how did you choose the place to start and the route to take? Did you prioritise certain subjects?

WERNER BOOTE: Kathrin Hartmann has written a number of books on the subject of greenwashing and sustainability, and she is without any doubt the top expert on the subject in Europe. We started by brainstorming our ideas. I really wanted to have BP in the film, since the Deepwater Horizon catastrophe, and the Beyond Petroleum image campaign, must be the most dramatic example of greenwashing over recent years. Kathrin was very keen on featuring palm oil, a product that constantly confronts us when we shop in a supermarket. When we analysed the other subjects we came to the conclusion that the same mechanisms were applied again and again, so we looked for examples that demonstrate the point clearly. Transport was very important, with the rise of the electric car. And here the crucial point, in the final analysis, isn't that cars can be produced which emit fewer exhaust gases: it’s that we need to ask what can be done so people don't all travel in separate cars. While we were filming it emerged that it wasn't enough simply to demonstrate the mechanisms; we would also have to focus on the question of possible solutions. I didn't want to come to the conclusion that the answer was to give up certain products because of particular information about them; instead, I wanted to raise the question: "Why does it happen in the first place that unfair and environmentally destructive products are produced and sold to us?"


The journey is an established aspect of your films. This time you actually focus on means of transport that are associated with your subject. When you yourself drive an electric sports car, speeding through impressive countryside, and it’s filmed with the aesthetic of an advert, it seems to demonstrate very clearly your own inner conflict, and thus the conflict of Western consumers in general. Was the camera technique here a particularly effective means of expressing our schizophrenic position between sustainability and consumer behaviour?

WERNER BOOTE: When I address this subject in a film, I also have to respond to the aesthetic we are exposed to on a daily basis. For us, this balancing act also continued on the level of the statement. We had plenty of statements from company bosses, and we had to decide which of them could be useful in the film and where a clause was being introduced in an attempt to use us, as a film team, for their own purposes. The way we approach the REWE advertisement, which features a happiness monster, was very tricky in filmic terms: the film could easily have taken the wrong direction at that point. On the other hand, we were also dealing with the aim of being fair. But to come back to the subject of our own inner conflict: why don't we pay proper prices for air travel? Why isn't there a tax on jet fuel? If we had to pay that, the airlines wouldn’t be able to fill their planes – and after all, we all want to go on holiday by air. If this situation changed it would hurt us a lot, but I just think at some point we will have to take that step. In the deepest depths of the ocean, in the Mariana Trench, fragments of plastic have been found in marine life.


You have been to places where you saw extremely dramatic destruction of the environment with your own eyes. Which of these experiences most got under your skin?

WERNER BOOTE: The burned-out field in the rainforest was definitely the most striking. It didn't just get under my skin; I could also feel it in my bones. You are standing on peat, two metres underneath it’s still glowing, and you break pretty deep through the surface without knowing where you're going to end up. It was really horrible, especially because you could see in the distance what natural, living rainforest looks like. At times like that you're tempted to abandon faith in the goodness of mankind. On the other hand, I regained that faith at the conference in Brazil. A huge number of people were campaigning there in an organised form for a better environment. A month after we filmed there an attempt was made on the life of the activist in Indonesia, which he survived thank God, and in fact the company that owned the field where we were filming was sentenced to pay a fine. It is possible to get things moving. You can take from this film the positive feeling that all over the world there are very many people who are convinced things can't go on the way they are, and a new economic model has to be found. Noam Chomsky made a wonderful comparison when he pointed out what the attitude in the 16th century was to the idea of government based on democracy.


Were you never worried that the things you discovered in the course of making The Green Lie could have a discouraging effect?

WERNER BOOTE: No, I don't believe it's like that. The point is to be aware of the situation, and to try to shop as fairly as possible. However, I have to stress again that focusing only the way you buy products is the wrong tactic. Producing goods in an unfair way which harms the environment has to be forbidden. Raj Patel emphasises this very clearly: nobody can be an expert in all the necessary sectors.


Considering that it has been misused so much, can the term sustainability still be rescued?

WERNER BOOTE: I don't think that word can be rescued now. The original idea came from forestry; the concept was that forests should not be cut down past the point they could recover from. This basic idea has been perverted for a long time now. Not so very long ago 60 individuals owned half the assets in the world: now it’s 8 individuals, and the number is getting fewer and fewer. This concentration of capital will lead to a situation where it can’t go on any longer. When half of the assets in the world belong to one person, at the very latest, things will change. 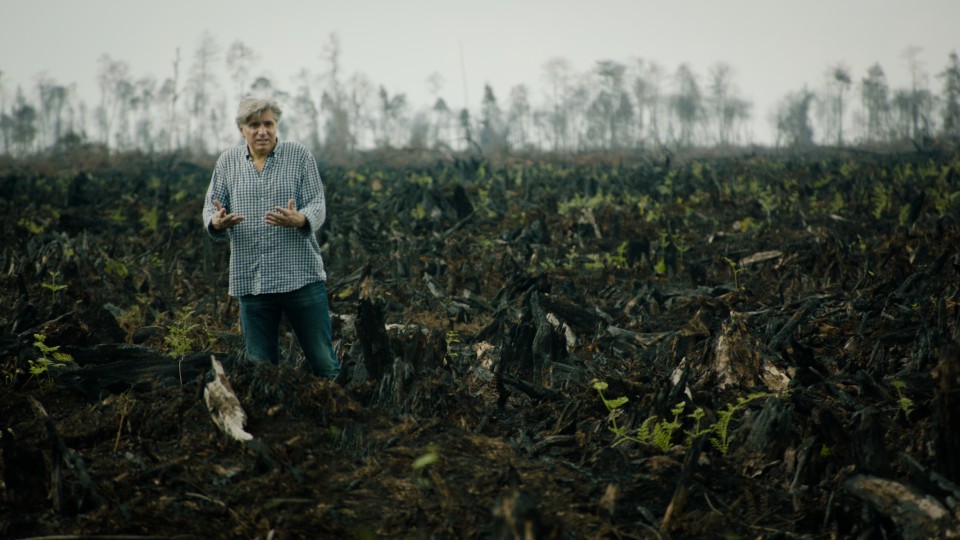 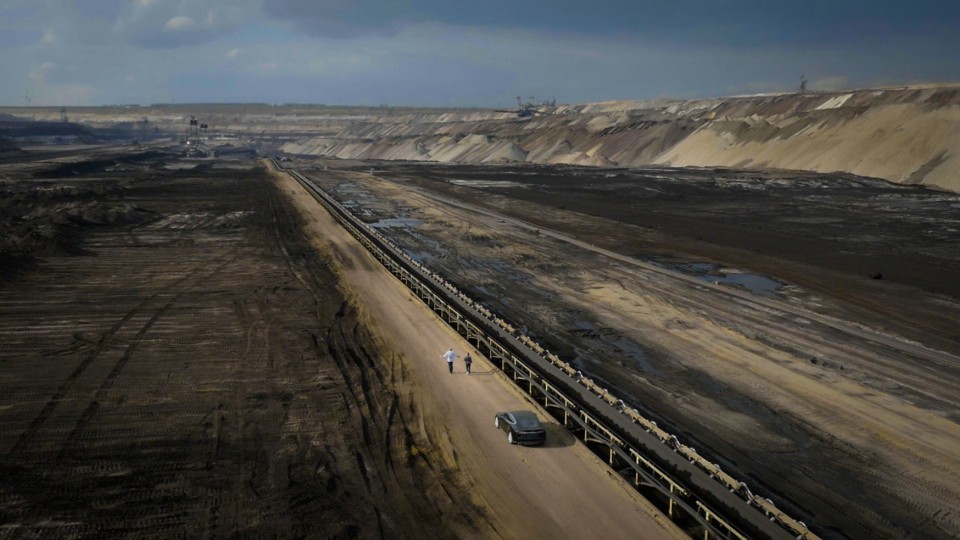 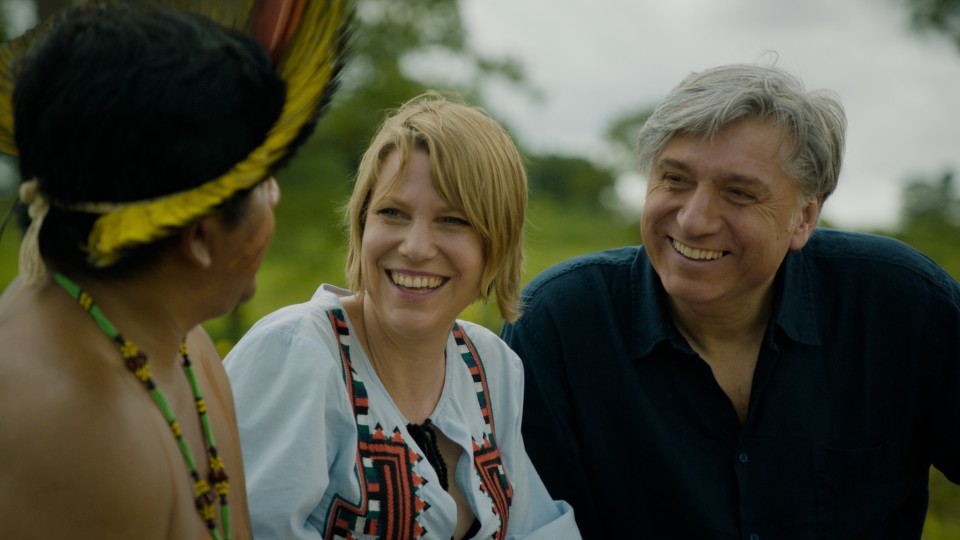 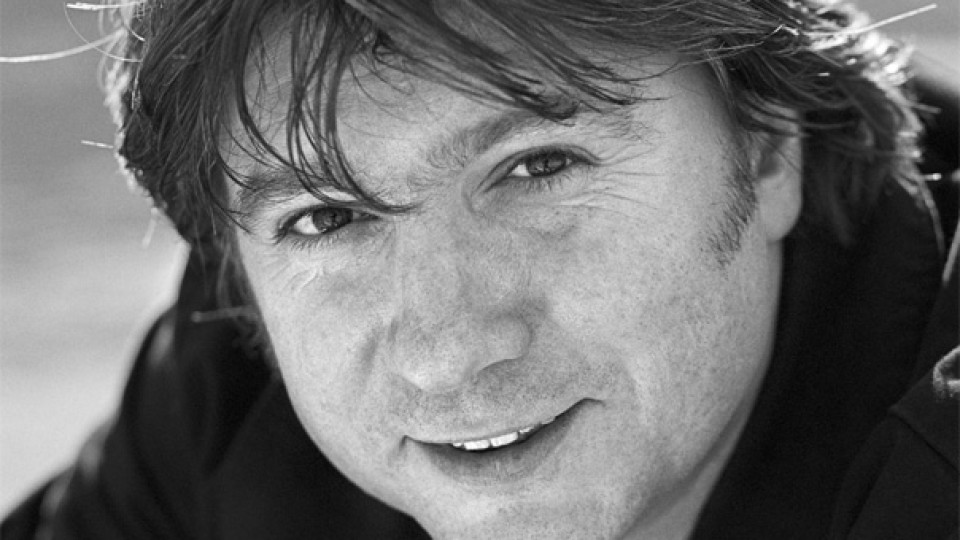 «This concentration of capital will lead to a situation where it can’t go on any longer. When half of the assets in the world belong to one person, at the very latest, things will change.»