SEARCHHIDE SEARCH
NAMRUD – TROUBLEMAKER is the title Fernando Romero-Forsthuber has chosen for his portrait of Jowan Safadi. And this is not just a reference to the artist’s first solo album. In fact, the Palestinian musician from Haifa is a provocative and multilingual thinker, relentless and unerring in exploring areas of conflict in his society.


NAMRUD – TROUBLEMAKER is a portrait of the Palestinian musician Jowan Safadi, who was born in Israel. How did you hear about him?

FERNANDO ROMERO-FORSTHUBER: In fact the Palestinian hip-hopper Asifeh, who divides his time between Vienna and Ramallah, is the person I have to thank for that. We decided to devote our attention to lesser-known artists living in Israel or West Jordan. I discovered Jowan Safadi because he was the only one whose lyrics had been translated into English. I visited Haifa for the first time seven years ago. I found him fascinating, because he's a true free spirit; he writes about both feelings and political subjects, and he poses difficult questions about everything – really everything. Jowan is simply different: impossible to classify. We got on well very quickly, I filmed a music video with him in Nazareth, and we visited each other often during a period when his life was going through a lot of changes. His son was living with his mother in the USA, there had been a few professional setbacks, and he had started to devote himself more deeply to his music and his art.


How would you evaluate his status as a musician in Israel, between popular and controversial?

FERNANDO ROMERO-FORSTHUBER: In Palestine/Israel Jowan is known in alternative artistic circles, both among Palestinians and Israelis. Some of his songs have made it into the Israeli press, and others are known internationally. He is familiar in certain circles in Haifa but is regarded as extremely controversial. He has received many threats on his life, and most of them have been from Arabs who aren't happy with the way he questions religion and family traditions. He is unable to travel to certain countries. He sings his most famous song, Oh Poor Infidels, in the TV discussion which features in the film. This has provided him with a certain amount of fame, due to the Internet, but he isn't commercially successful with his music.


The film is the portrait of an artist, but it's also a depiction of a man around 40 years old who could symbolize the situation of Palestinians in Israel – and on top of that there is the family component, since he is a single father with a 16-year-old son. Was there one aspect of his life which provided the initial impulse for the film?

FERNANDO ROMERO-FORSTHUBER: The fascinating thing about Jowan is his intellectual strength, which enables him to question the status quo and to convey his often abstract thoughts in lyrics and music. He addresses issues which relate to his immediate surroundings in Israel/Palestine but which are also thoroughly universal. On top of that there is the personal component: the fact that he's a really amusing guy, although not always a simple character. It turned out that his son Don moved to Haifa to be with him. I find it fascinating that there are people who, despite very complicated everyday lives, don't abandon the things that are important to them and manage to carry on.


It can't have been possible to plan the shooting to any great extent; were there instances and developments which proved to be strokes of luck to you as a filmmaker?

FERNANDO ROMERO-FORSTHUBER: Jowan had absolute freedom about what he would do and write during the course of the shooting. He only knew that at some point he would have to step outside the Arabic language, also because he is extremely fluent in Hebrew. We hadn't expected the song To Be an Arab, written in Hebrew, to take on such a central role. Within two weeks it had become a summer hit. But things really could have turned out very differently. Considering his community of fans it was certainly daring to sing in Hebrew and run the risk of being seen as a traitor. The way it worked out was absolutely gripping for all of us. He sang exactly the right thing at exactly the right time. Another stroke of luck was the Israeli festival organiser Gilli, who tries to persuade Jowan at the beginning of the film to play in Jerusalem. He was determined to have Jowan at his festival, and he was prepared to risk a great deal to achieve that. For a long time Jowan was very reluctant, and it was surprising that he actually did it in the end. He had a lot to lose by playing in Israel for Israelis. The biggest difficulty during shooting was to get Jowan out of his house. That's where he is most comfortable. He spends most of his time at home, so he can work on his music and earn money as a reader for Arabic publications.


By featuring Don, Jowan and Jowan's father you show three generations who may well have experienced the whole history of the Palestinians since the foundation of Israel. Was it one of your intentions to portray various attitudes towards the political situation within this family?

FERNANDO ROMERO-FORSTHUBER: My first trips to the region only took me to West Jordan. Israel remained excluded, and to a certain extent Palestinians who lived in Israel were considered traitors; I didn't really focus on their history since the beginning of Israel. One reason why the perspective of Palestinians within Israel has been so appealing for me is that it hasn't been explored very much on film, in contrast to the situation in West Bank. I found it fascinating to report on cities like Haifa and Nazareth, where Arabs and Jews live together. In this sense Jowan's family is an interesting subject, with his mother – who is very religious – and his father, for whom religion is less important, and Jowan's son Don, who is 16 and grew up in the USA. Jowan's parents were very important to me, because they have an extremely loving relationship, and at the same time they don't seem to understand very much about their son and his approach to life. With Don I have the feeling he would like to live with his father, even though life in New York would certainly be simpler for him.


Jowan’s fondness for being indoors must have meant a lot of internal shooting in small spaces. Often the shooting came about in a very spontaneous way. What kind of challenges did the camera people face during the shooting?

FERNANDO ROMERO-FORSTHUBER: Basically we discussed with Jowan in advance what we wanted to shoot, such as him cooking with his son, or a visit to his parents. Then the shooting itself proceeded on the basis of trust. He did his thing, and we tried to capture it on film. I also think that as we progressed he became increasingly confident in his attitude towards the camera. One of my initial premises was that we would be filming him, so we wouldn’t create the impression that he was acting like a protagonist for us and giving us what we wanted. Often we were in spaces that were so small, there was no room for anyone apart from camera and sound. In every case we left him all the time in the world…


… which must have resulted in many hours of raw footage in the end? To what extent did the film really come about at the editing desk?


FERNANDO ROMERO-FORSTHUBER: I think we had about 130 hours of material. The decision I made – to work with Wolfgang Auer as editor – was quite intuitive. I had the feeling he understood my approach. It really was an orgy of editing. Wolfgang was the one who realised quickly, and with great sensitivity, that it would be best to portray Jowan by means of the details, the little dry comments, his black humour, rather than his public appearances. That's the way he edited the film, and he left his signature on it to a great extent. Everything now seems very natural, but looking back it's clear that Wolfgang did a huge amount of conceptual work during the editing. Life in Israel is far from being a bed of roses, and Wolfgang and I have managed to convey a very dignified, cheerful existence, which isn't at all depressing, showing the people as citizens of the world rather than victims. In order to withstand the tension and pressure which dictate everyday life in Israel, you probably have to be kind of crazy to stay normal.


To what extent has this experience in your first full-length film clarified your attitude towards filmmaking and your aims?

FERNANDO ROMERO-FORSTHUBER: NAMRUD – TROUBLEMAKER is my first long documentary film, but I have made a number of shorter features which meant spending a lot of time in conflict regions. Jowan is a hero to me, just as I regard the students in Mexico who are the subject of my new project as heroes. I'm interested in people who push the boundaries of what they can do – Jowan as an artist, the Mexican students as future teachers – in order to contribute to improving the conditions of life within their small sphere of activity. A documentary film is a good tool for portraying those people. My work as a documentary filmmaker could consist of tracking down heroes like that and recording their work, showing in this way that heroes don't exist just in the past or in fiction. There are far more heroes who do good work than people think. 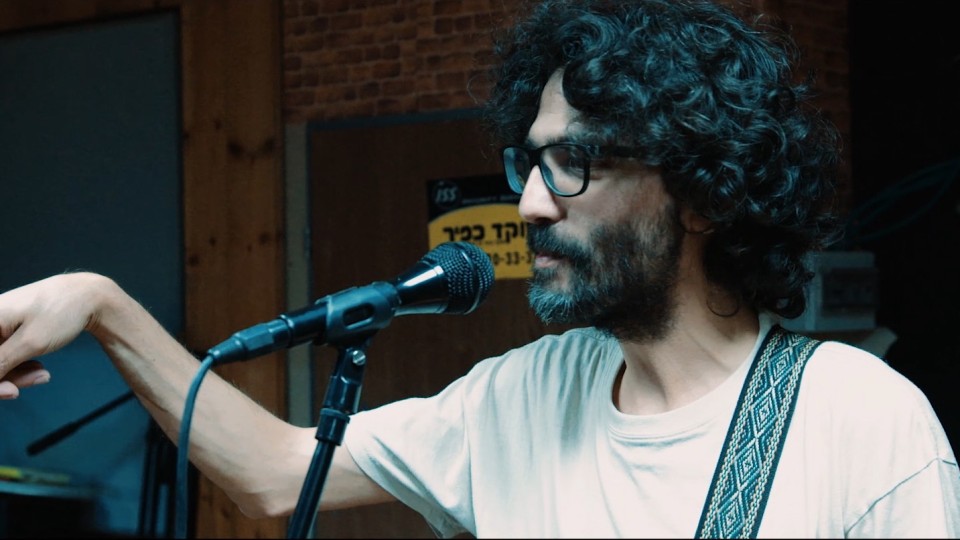 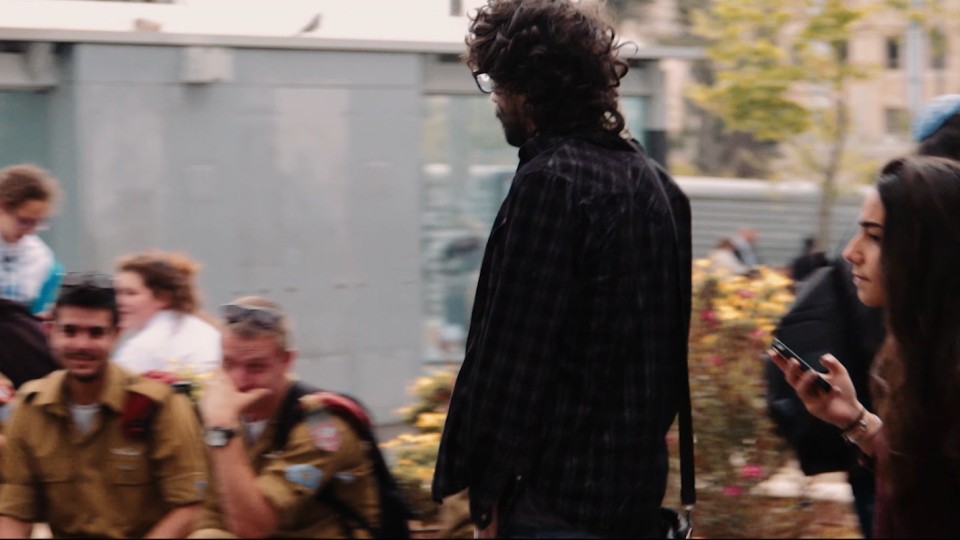 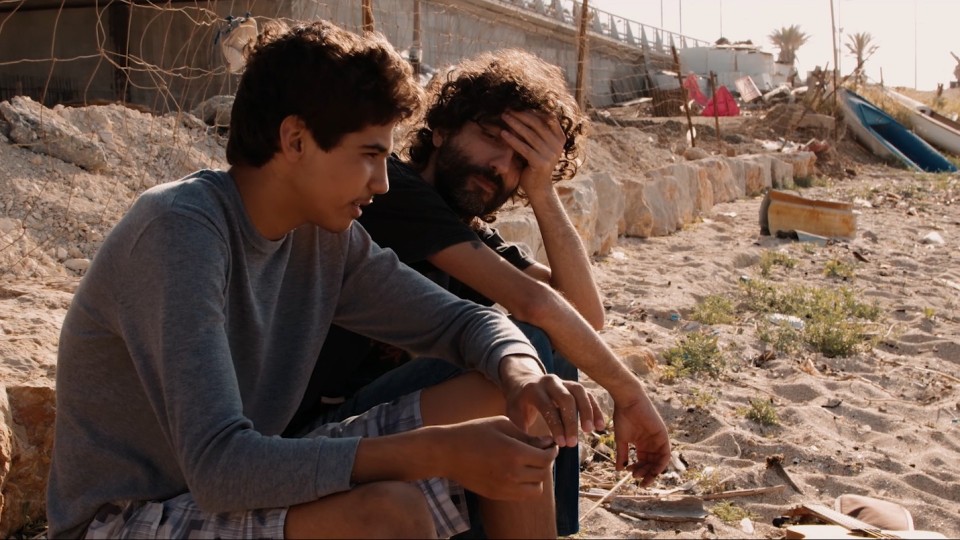 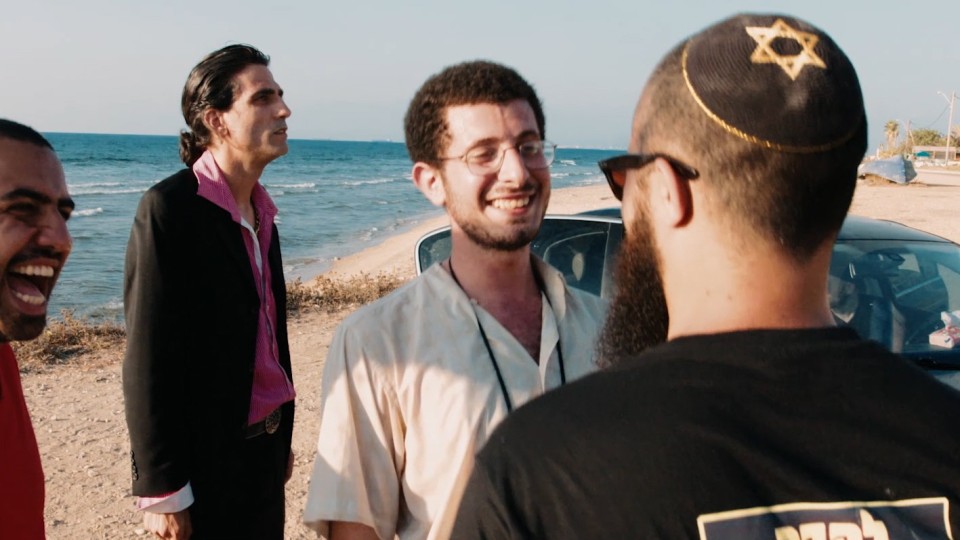 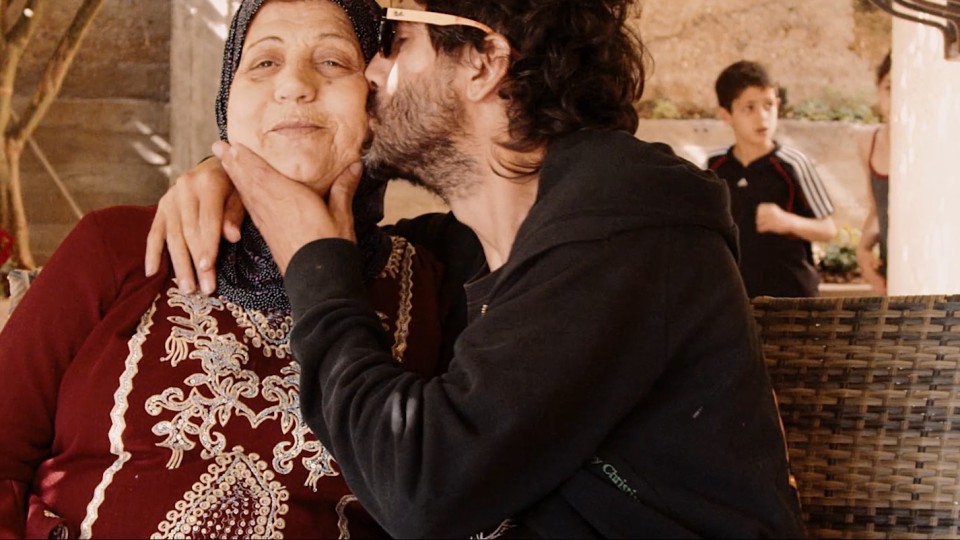 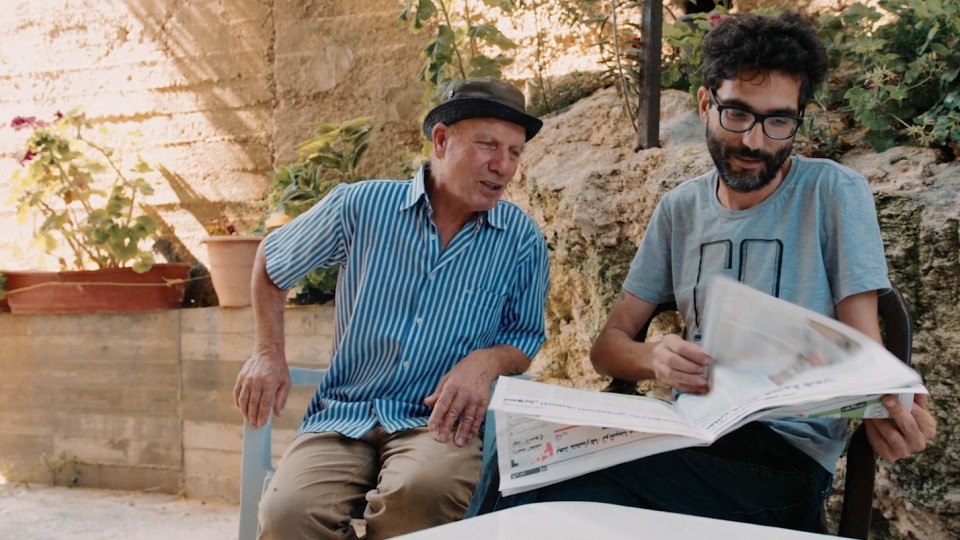 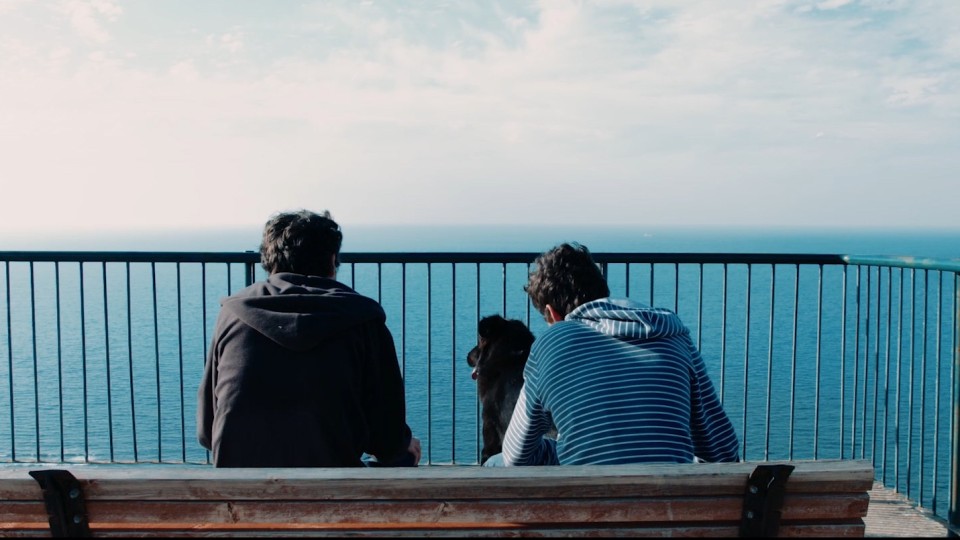 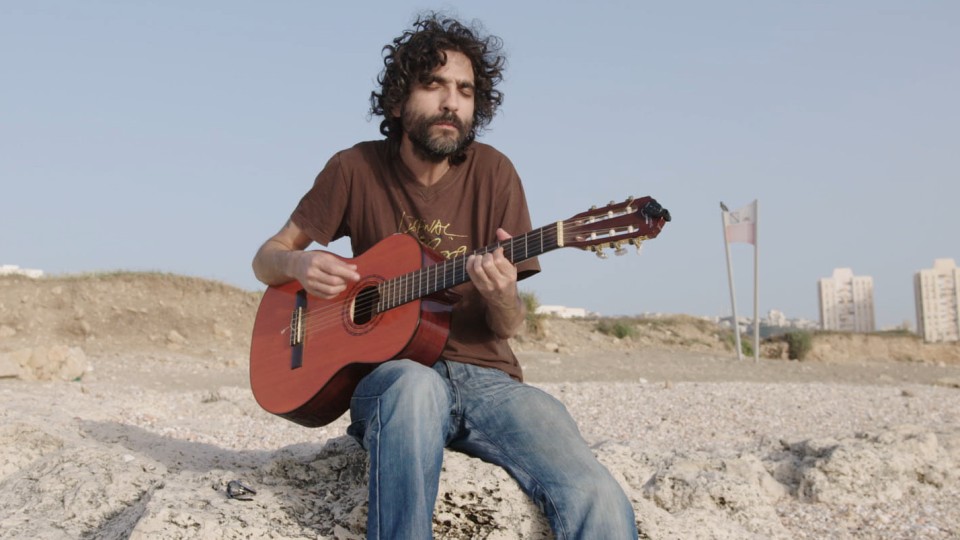 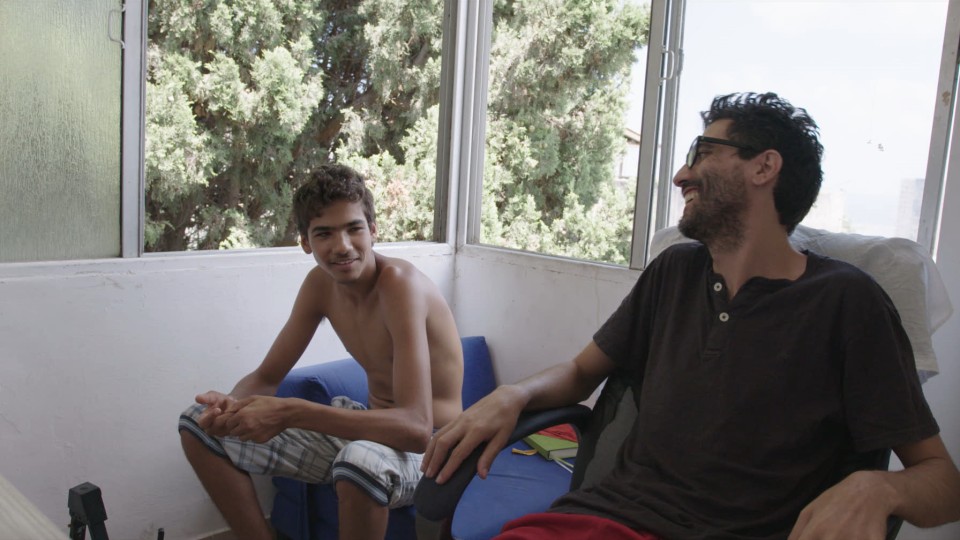 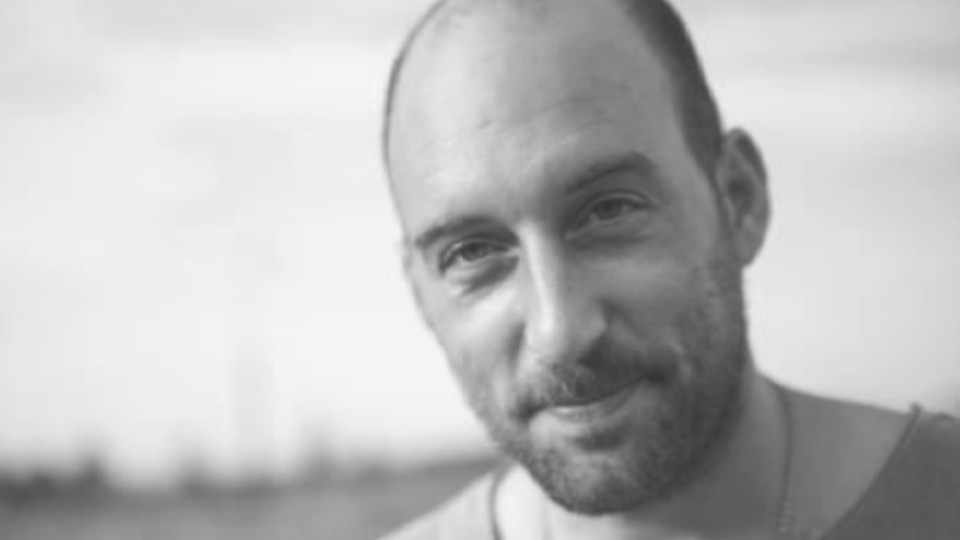 «In order to withstand the tension and pressure which dictate everyday life in Israel, you probably have to be kind of crazy to stay normal.»