All
you can
watch
In Gregor Schmidinger’s debut feature film NEVRLAND two young men become lost in a labyrinth between childhood and growing up, between the virtual world and reality, until he sends his protagonists Jakob and Kristjan, both members of Generation Y, plunging into the terrifying depths of their own psyche.

GREGOR SCHMIDINGER: I think it's possible, in the medium of film especially, to provoke in the audience a multi-sensory experience that goes beyond the purely emotional. One feedback we received numerous times after the world premiere in Saarbrücken was essentially that NEVRLAND is more than "just" a film. NEVRLAND begins as a social drama, but towards the end it becomes non-verbal, tossing overboard the classic conventions of dramaturgy and becoming an experience. My concern was on the one hand to work through the aesthetic experience of artistic work while on the other hand reflecting my own life experience in this film. NEVRLAND operates on these two levels. It’s certainly the case that working on the level of sensory experience in film-making has always interested me and could be described as a characteristic of my personal work.


The opening of the film is very concise and intense: the powerful race through the forest which almost resembles an escape, the liberating but daring leap into water and the plunge into the depths. Is this a way of foreshadowing in just a few images the essence of the film?

GREGOR SCHMIDINGER: I think so, yes. Primarily, this establishes Jakob’s desires: his longing for freedom and the sensation of being alive. The water is a very powerful representation of his emotional affliction: he always has to flee from feelings and yet he leaps into an ocean of emotions. Into that which makes life alive and also permits the possibility of pain. Incidentally, Simon Frühwirth performed that jump himself. He threw himself into the lake from a height of five metres, and he had to do it a number of times for the shoot. That was very typical of Simon. When we were shooting he was just 17 years old and had never acted in a film – and on the second day of filming he found himself on camera inside a slaughterhouse. Again and again there were moments where we felt we had reached a limit, but then it was possible to go beyond that by taking small steps.


The film received another award at the Max Ophüls Prize Festival when Simon Frühwirth was singled out as best rising star. Which factors determined your decision to give him the part? How did he develop during the course of shooting the film?

GREGOR SCHMIDINGER: There are hardly any shots in the film that do not feature Simon Frühwirth. We were looking for non-professional actors aged 15 to 19 or 20, and we sent out a very broad call over Facebook and Instagram for the auditions. We got plenty of feedback. The first audition consisted of an improvisation exercise where the candidates were given a piece of paper with brief notes about a situation and their character’s emotional state. It emerged very quickly that Simon had an incredible talent for feeling his way into situations and characters. I think that’s his particular strength, although he also approaches the whole business in a very easy-going way. As well as that, he's a drummer, which means not only that he has a good feeling for rhythm but also that he knows how to listen to other people and enter into dialogue with them. We didn't rehearse very much in terms of individual scenes, but we talked a great deal about the character. On the first day of shooting it did make him pretty nervous to be on a set with 30 people around him, but he quickly got over that.


Jakob, the main protagonist in NEVRLAND, has just left high school and plans to study astronomy. He is at present working with his father in the slaughterhouse as a vacation job. What prompted you to include these two unusual areas of life in the narrative?

GREGOR SCHMIDINGER: Jakob suffers from an anxiety disorder that doesn't have a physiological basis: it's rooted in a childhood trauma which has not been worked through and results in fear of being abandoned, fear of feelings. This is the background to his deep interest in intellectual, abstract matters, including astronomy. Hardly anybody knows his way around outer space, and it also represents Jakob’s longing to be as far away as possible from home. He associates the desire for freedom and open spaces with intellectual activity that has nothing to do with the body. And then the slaughterhouse features in this framework: it's not only an extremely physical environment, it's also a place where death is ever-present, relating to primaeval human fears. I wanted to place Jakob in the slaughterhouse so he would be confronted with a situation that doesn't allow him to escape. And as well as all that there is my own personal experience: my father was a butcher, and I experienced this atmosphere in my childhood.


Another crucial theme of the film relates to the conflict between the virtual world and reality, a space where this generation has to find itself.

GREGOR SCHMIDINGER: Gay men in particular have confirmed to me how often they experience the chat routine as depicted in NEVRLAND. It's almost a script that is constantly reproduced. Online encounters have a lot to do with the person's own projections. After all, you are only supplied with a few isolated scraps of information about somebody, and you fill in all the gaps with aspects you would like to see there. In NEVRLAND this desire seems to be fulfilled at the beginning, which happens very rarely in reality. It's only later in the film that the complete collapse of the dream becomes evident, leaving nothing but an existential nightmare that Jakob has to go through. I have the feeling that this gap between reality and fantasy is a major aspect of young people’s lives. Just think of Tinder, where you have to decide in a matter of seconds whether you are interested in someone or not – though the person has only presented himself the way he’d like to be, which isn't necessarily the way he really is. After all, the aim of these apps isn't really to help people find partners but to maintain the search for as long as possible. Essentially it's a dopamine machine that keeps you expecting further rewards: you constantly think it could get better and better. And all the while you're not really interested in actually getting to know someone: the question is just "What could that person do for me in a physical, emotional or social way?" The character of the person involved isn’t perceived, because everything is so fleeting. To know someone you need to take some time.


During the course of NEVRLAND you move from narrative into a more introspective area, away from actions and their consequences and into states of mind. What were your criteria in choosing images here?

GREGOR SCHMIDINGER: My approach is extremely conceptual; I try to find correlatives in symbols, such as the burning living room. For me, fire is a symbol for the rage that Jakob can't admit he feels inside, that he constantly suppresses. What he’d really like to do is yell at his father: "See me for what I am at last!" The overflowing water in the bathroom also represents the feelings that have built up, that suddenly overwhelm him. The vibrations of the images are related to the beginning of an anxiety attack, when the body starts trembling. I attempt to find metaphors that express these conditions. A lot of this was already in the screenplay, and then my task – with my cameraman Jo Molitoris – was to work it out in detail, which meant on the one hand resolving the practical considerations and on the other considering the composition. The work proceeded on several levels, and various things were added step by step. Some things didn't develop until we were actually on the set, and that's where I learned that a certain degree of trust is necessary; I don't have to control everything 100%. Some of the things I like most now are ones that didn't work on set the way they were intended, so we had to devise solutions at the last minute. Something organic can develop in that way. Essentially we had resolved to make a film about darkness, and that also dictated the restrained way we used lighting: a lot of the scenes take place in the evening or at night. It seemed to me that the darkness was necessary in order to facilitate the perception of layers and nuances, and also to create a contrast to the images of the world of nature.


Is work already proceeding on the next project, alongside the first screenings of NEVRLAND?

GREGOR SCHMIDINGER: There are a few possibilities. I definitely want to continue working with Orbrock Filmproduktion, because our cooperation on NEVRLAND was absolutely extraordinary. And I'd very much like to work on another feature film. There are a number of things running through my mind in terms of subject. At the moment it's still a sort of jigsaw puzzle. I think things will be decided in the next six months or so. 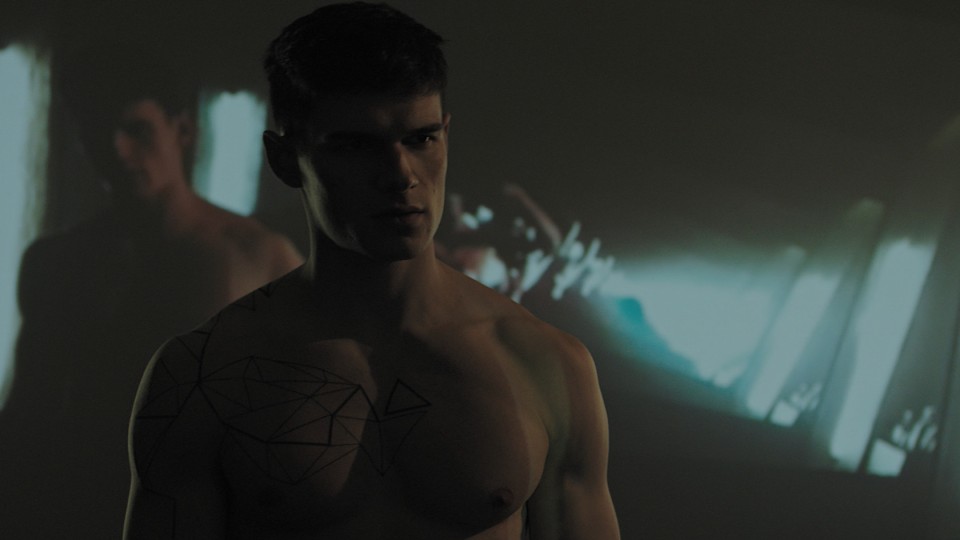 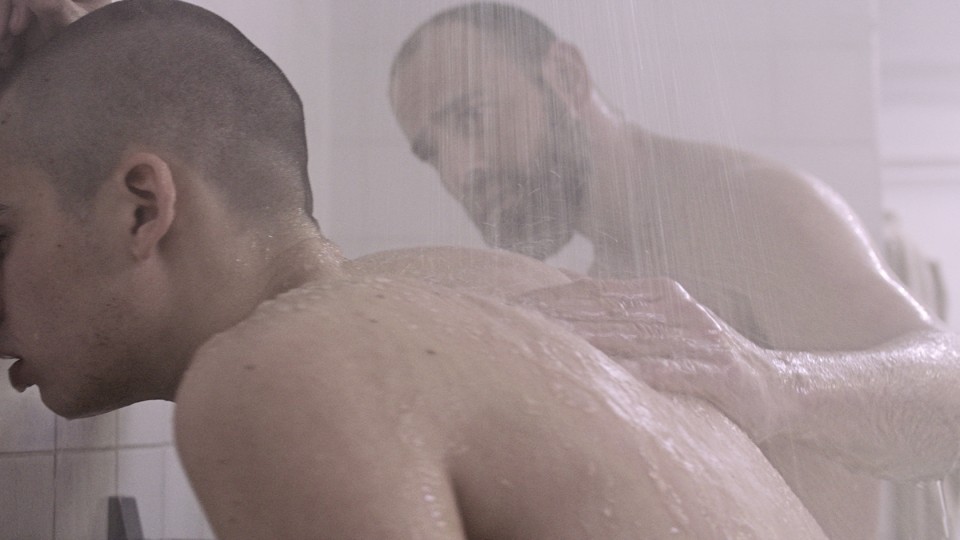 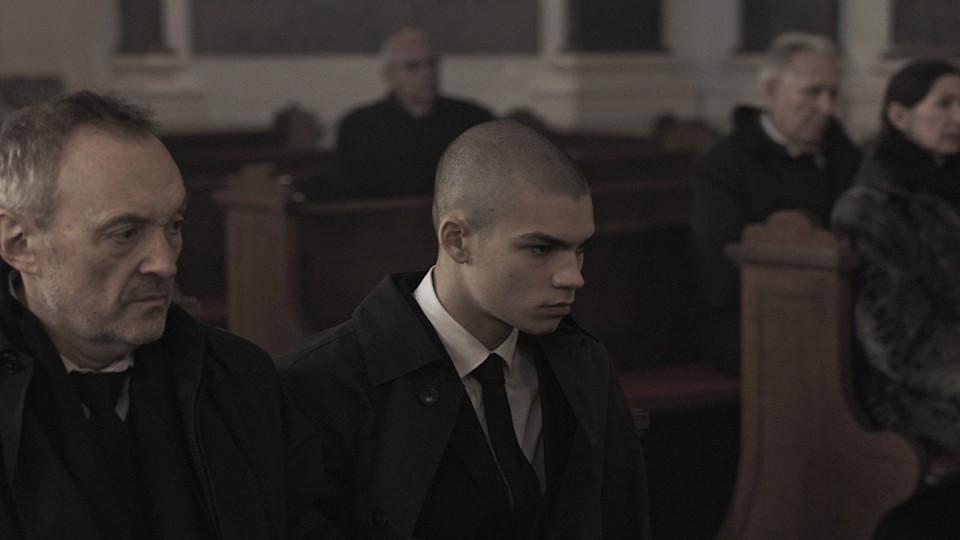