All
you can
watch
100 years ago Davos, with its high-quality Alpine microclimate, was an exclusive destination for people suffering from respiratory problems. But for the last 50 years the little ski resort in Switzerland has hosted the annual World Economic Forum. These three days in January are enough to make Davos today a synonym around the world for the most concentrated gathering of power and money. Attracted by the aura that surrounds these international get-togethers, filmmaker Daniel Hoesl and his small team spent a whole year quartered in the resort, observing life there. DAVOS is a portrait of the inhabitants and their home town, which may be indelibly marked by globalization yet emerges as very different from what one might expect. A conversation with Daniel Hoesl and co-director Julia Niemann.

Ever since Soldate Jeanette your work has dealt with money, how it accumulates and capitalism, which dictates the way our society works. What was it that prompted you to use the documentary form for this, your third full-length film?

DANIEL HOESL: What drew me to Davos was the fact that it is the venue of the World Economic Forum. During the course of my first visit to this annual meeting of the political and commercial elite I met a lot of people and found myself in a town which didn't correspond to the image I had of it in my mind. That's what made the place interesting for me. I was familiar with Swiss ski resorts in Valais, which exude a certain glamour, and I had associated that with Davos. But in fact Davos has different qualities. Davos is a prime example of a small Swiss town with not much glamour and a range of inhabitants from the little man to the billionaire.


The straightforward title, DAVOS, refers on one hand to the geographical place, but on the other hand this place name has become synonymous with the World Economic Forum, a showcase where the rich and powerful in this world are on display. Was one of your aims to explore out this spectacle? To track down the substance behind the chimera of a major event revolving around power and money? And perhaps also to explore the tension between the two identities the town has?


In the film you quickly take us to a Davos beyond the WEF, to a farming family in the mountains we observe in very archaic working conditions; to Portuguese seasonal workers; to underage refugees; and also to Monsieur Bernal, who relaxes in a suite at a luxury hotel while he concludes major deals. What appears to be missing is the middle class. Is the film using Davos as an example, showing a macro image of the global development where there are winners and losers?

JULIA NIEMANN: In a sense, yes. It wasn't that we tried to exclude the middle class. It was more that we attempted to depict life in Davos by the choice of our protagonists. What you see in the film is the result of that attempt. We show people who have a defining influence on the life of the town. I would actually describe the farming family as middle-class. It was impossible to predict that they would give up the farm, which we see at the end of the film. We were looking for a paradigmatic Davos family. The fact that this family was subjected to such hardships during the course of filming was coincidental.


There is a sequence in the Kirchner Museum where pictures by Ernst Ludwig Kirchner are analysed. One of them shows a traditional wrestling match, which is captured on the canvas in two contradictory perspectives. From a bird's eye view and a worm’s eye view. To what extent was this picture a metaphor for you, also in the cinematographic sense?

DANIEL HOESL: Ernst Ludwig Kirchner had respiratory problems which forced him to leave Berlin, and he lived in Davos in 1917. Probably he had to come to terms with the situation just as we today have to come to terms with quarantine. If you don't know a place, or a country like Switzerland, then first you have to approach it from a sort of bird's eye perspective, so that later you can delve deeper into it. That's certainly how it was for us. At a certain point the lift attendants, the sales assistants in the supermarket, the punks and the people in the Jewish community got to know us. It was a fine thing to move from that long shot into a personal sphere.


Although the combination of a bird's eye view and a worm’s eye view in one picture also suggests forces pulling in different directions, upwards and downwards.

JULIA NIEMANN: Of course. There‘s one part of the film which shows that best. It's the Refugee Run, a refugee simulation we filmed at our first WEF. One of the speakers appeals to the people attending the WEF by pointing out that with reference to the 2015 refugee crisis, those refugees are pawns in their game. That was a crucial sentence for us. There are refugees in Davos as well. They live just a few metres away from the WEF, and they don't have the faintest idea that discussions are going on about them at the WEF, over their heads. That made it clear to us that this perspective “from above“ and “from below“ was crucial. Our approach started with the bird's eye view: what do people think Davos is? And what do other people think it is? And then how does Davos actually emerge from this? We ourselves made the transition from the long shot to the close-up. But we also attempted to look at the place from both perspectives.


Holding the WEF in Davos, which has become synonymous with it in international perception, is apparently conditional on a referendum at regular intervals. Are there also local people who have doubts about staging it there?

JULIA NIEMANN: The truthful answer is that the people of Davos always vote in favour of the WEF, because they get enormous commercial benefit from it. There's a promenade in the town where the main shops are located. When the WEF comes round, the shops are completely cleared out and rented for one month to the Russian House, to Google or Facebook. And the owners can live from that for the rest of the year. There are isolated critical voices, but the financial advantage brought by the WEF is so great that people vote for it even though it does entail disadvantages for life in the town.

DANIEL HOESL: Short-term rentals are possible at prices which allow the owners to leave the buildings empty for the rest of the year. Which means a key pillar of commercial life in the city is absent. Hardly any activity at all takes place on the central promenade. The promenade that Thomas Mann once strolled along is today dominated by empty premises. The full effects of globalisation can be seen very clearly, because social life is edged out, and so are the farmers. Their dairy farms aren't capable of providing them with a regular income they can live on. The interplay of factors becomes visible there, in such a small area.


The opening section of the film features three sequences showing international correspondents at work during the WEF. To what extent were you also aiming to show how far the WEF is partly – or perhaps predominantly – a media event, a hype?

JULIA NIEMANN: Perhaps these sequences are also a metaphor for our work. Davos is first and foremost what everybody imagines it to be. During the course of our work for the film we tried step by step to peel away the outer layers and show what is concealed beneath. At the beginning, when the Indian journalist interviews the CEO of WIPRO, you can see this a little. They are talking about Davos, the WEF, capitalism, the market and at that moment the town of Davos, with its noise, interrupts the interview to the extent that they have to break of. This intervention of reality in what we expect to find happened again and again during our work on the film. During the sequences that feature reports we're interested in legibility and interpretation, analyses of the term "Davos". What do the people who turn up there for three days  think Davos is? And what is it in fact?

DANIEL HOESL: I used to read the Davos newspaper every week: death notices, accounts of local events, hotel openings, special garbage collection. The newspaper staff keep the town alive. Pointing out this paradox is far more important to me than focusing solely on this chimera of the WEF. However, the WEF provided us with a lot of support. They showed an openness towards us that was really surprising. I just wanted to look behind the smoke and mirrors a bit. The WEF is a kind of market square for international commerce. Everybody has a stall, everybody has to assert themselves at full volume, and it makes the world incredibly small.


Several scenes, like the one showing the birth of the calf, the young people rapping together, or life in the Kirchner Museum, suggest that you invested a great deal of time in obtaining this footage. What was your approach to time and rhythm in the film narrative?

DANIEL HOESL: We had a Swiss cameraman who is calmness personified, and we had 14 months in Davos. On top of that we had the luxury of being able to spend a large number of days shooting, thanks to our dedicated team. When a film crew turns up somewhere, your presence alone sets things in motion. The more often you appear, the more unimportant you become, and the more reality reveals itself. The rhythm of everyday life was what we were looking for.


Would you say that as a result of the overall conditions you developed a new, unconventional approach, once again achieving a particular quality with a low budget and the luxury of time?

JULIA NIEMANN: You have to see the DAVOS project in the context of our last film. Working on WinWin was very tiring and demanding. With the budget we had available, it really took a lot out of us. We resolved that for DAVOS we would do more living than working, in the sense of living at the place, filming a lot of what went on around us, and then combining the two. It was simply enjoyable to live for a year inside the film, so to speak, especially since it was in the mountains of Switzerland. And it was a very different kind of work, much deeper, calmer and more contemplative, then the frantic work on a feature film. It felt as though we spent part of our lives in Davos, with Davos, and the film is the result. It was very beautiful work, and a very beautiful time. 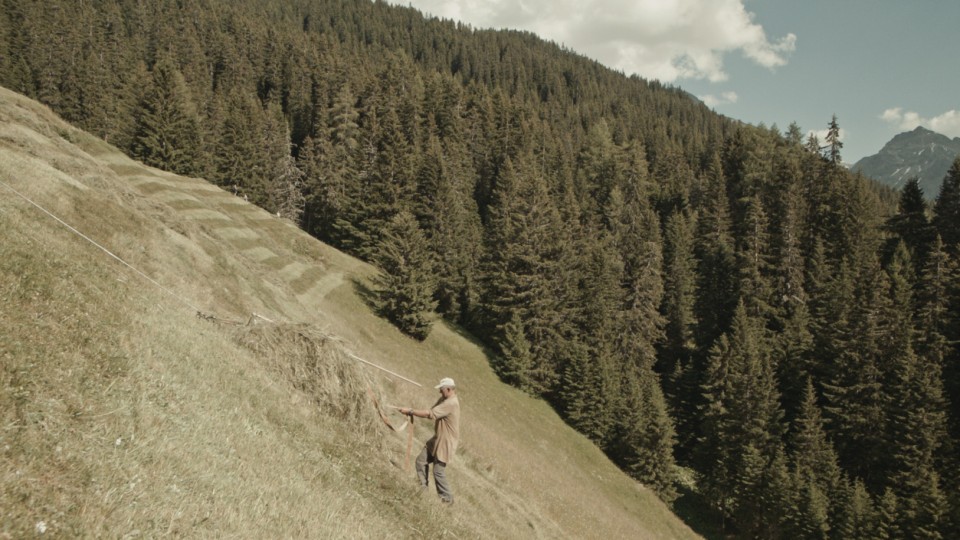 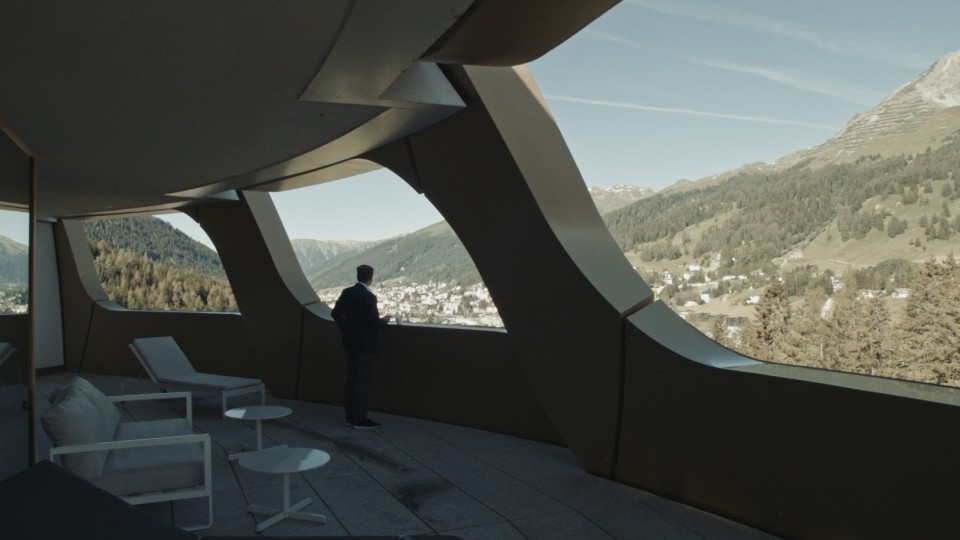 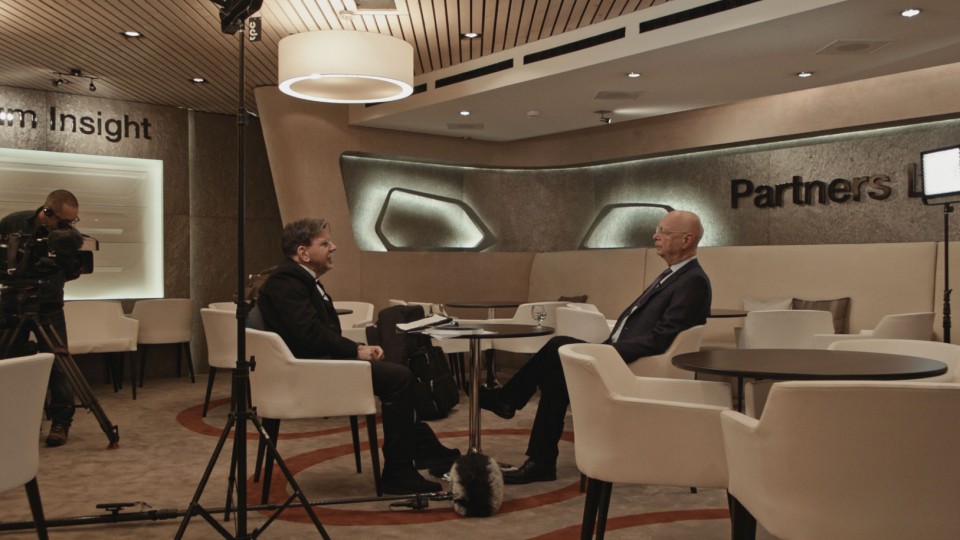 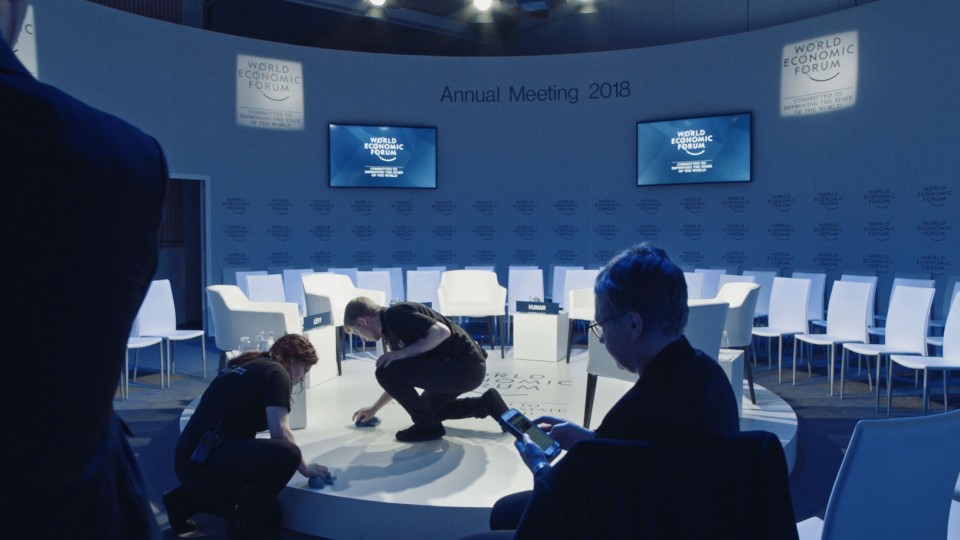 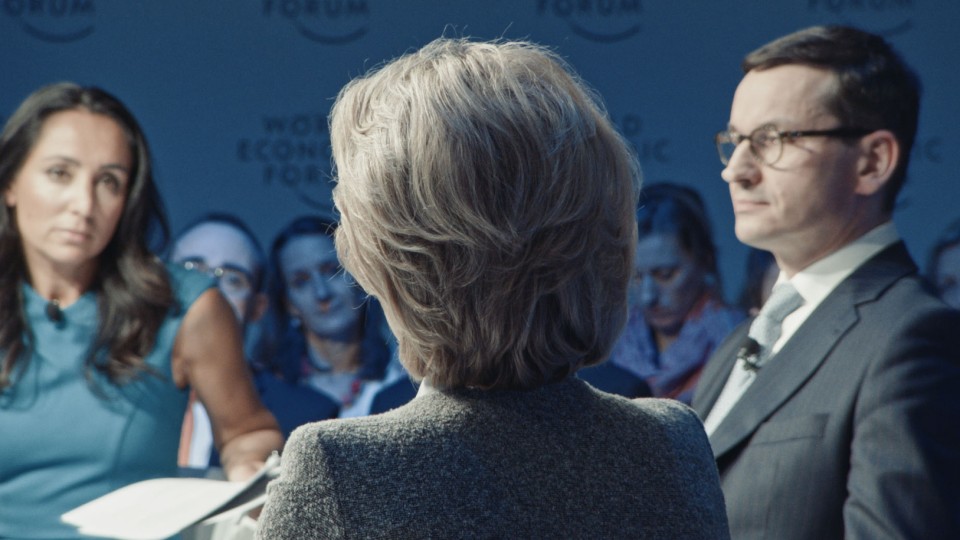