She is 23, in her second season at Vienna's Burgtheater and has just finished acting in István Szábo's movie Taking Sides together with Harvey Keitel. Birgit Minichmayr will be Austria's Shooting Star at the film festival in Berlin.

While most others start small and at home, you were offered a contract at the Burgtheater at the age of 22 and landed a part in an international István Szábo production as your first film role: Is Birgit Minichmayr's rapid success a sign that she does things differently?

BIRGIT MINICHMAYR: After finishing acting school, the first thing that most people do is to look for a theater engagement. I was lucky in getting my first contract with the Burgtheater over a year before graduating. The film work is just starting to develop, the fact that it happened so fast was a surprise to me, too.

István Szábo's Taking Sides was your second part in a movie?

BIRGIT MINICHMAYR:  The first was in a film about Brecht entitled Farewell, Brecht's Last Summer [Abschied] directed by Jan Schütte, and the screenplay was written by Klaus Pohl - that was two years ago. I played Barbara Brecht, his daughter. After that, I was in an episode of Tatort, and while it was being shot, I was invited to participate in the casting for Taking Sides.

What is Taking Sides about?

BIRGIT MINICHMAYR: It's about the denazification of Wilhelm Furtwängler. I play Emmy Straube, the daughter of Hitler's attempted assassin. After the end of the war, she finds work in an office where Furtwängler is being questioned. I like the story so much because everything my generation knows about the war is from the media, and I realized that you can't make sweeping judgments about the people who had to live through it. Furtwängler is one of those ambivalent figures who make me wonder, "What's better, openly opposing something or helping people secretly?" Taking Sides is also Emmy's story, and she gets mixed up in a few incredible contradictions. You seem to have decided to become an actor at a very early age.

What led to your enrolling in the Reinhardt Seminar?

BIRGIT MINICHMAYR:  In my case, a great deal happens after trying and failing. For example, I failed my first entrance exam, I was 18 at the time. I finished school first, that was one of my parents' conditions. Before that, I started dancing, late, when I was about 12, but intensively. I then started to study classical voice and took elocution lessons. It's always been that one interest leads to another. Then, I was accepted for the Reinhardt Seminar. That was great, because everything took on a new dimension.

BIRGIT MINICHMAYR:  The Reinhardt Seminar was a great time, I spent four years there. After the second year, I got my first job in a play produced by an independent group in Switzerland. Then things started to happen. I came back and had the audition at the Burgtheater for Schnitzler's Merry-Go-Round and then I was offered a two-year contract. The beginning of a career that others can only dream about.

But doesn't that also involve making important decisions at an early stage?

BIRGIT MINICHMAYR: Things have progressed quite a bit, because I want it that way. I want things to happen, I suppose I just like to work too much. And I also have the theater, that's where I get my energy, because I know that I belong there, that's where my roots are, that's where I started. I want to continue doing theater, even though it's hard to combine with film. At the same time, I don't want to choose between film and theater, I would only lose something. I want to keep everything as open as possible.

You were in five plays at the Burgtheater, in which parts?

BIRGIT MINICHMAYR: The first was the prostitute in Schnitzler's Merry-Go-Round, Cressida, the Girl in The Play About the Baby by Albee, and then I was in a musical evening entitled Pompes funèbres. My favorite role is Rosa Blau in Nestroy's Der Färber und sein Zwillingsbruder. I think she's a wonderful contemporary female character.

Why did you want to become an actor?

BIRGIT MINICHMAYR: What I find fascinating - and I only realized this recently - is that I have the opportunity to meet so many interesting people who inspire me, people I can analyze and interact with. I've never wondered why I wanted to do it. I wanted to play parts on the stage, pass on my ideas and what I think about life.

What would you like the public to appreciate most about Birgit Minichmayr the actor?

BIRGIT MINICHMAYR: I would like to bring life to the stage. I would like to tell people what I have to say, what I think about life, life is my treasure chest. I think that life is wonderful, it's incredible how everything is so different and still one. That's another thing I have to say. That we should keep our spirits alive, and that the fact that we're all alive is good. That there's more to life than people think and that everything can be so important when you want it to be.

Is there a role that you're especially fond of?

BIRGIT MINICHMAYR:  I really like Gretchen a lot. Faust is the first play we read in school, it was the first recording of spoken theater I ever listened to, and it was the first part I studied for an audition. It's so "the first, the first, the first". That's why I would like to play the part. And I also like Schiller's Joan of Arc, because she's someone who fights for what she believes in, she has an idea and she stands up for it. Let's apply that question to movies.

What kind of film would you like to see yourself in?

BIRGIT MINICHMAYR:  One that has a great deal to do with human relations. Not long ago, I saw Le goût des autres , that's the kind of film that interests me. But movies are too varied, I can't decide on one type. But when it has substance and you can give your all, I'm there. 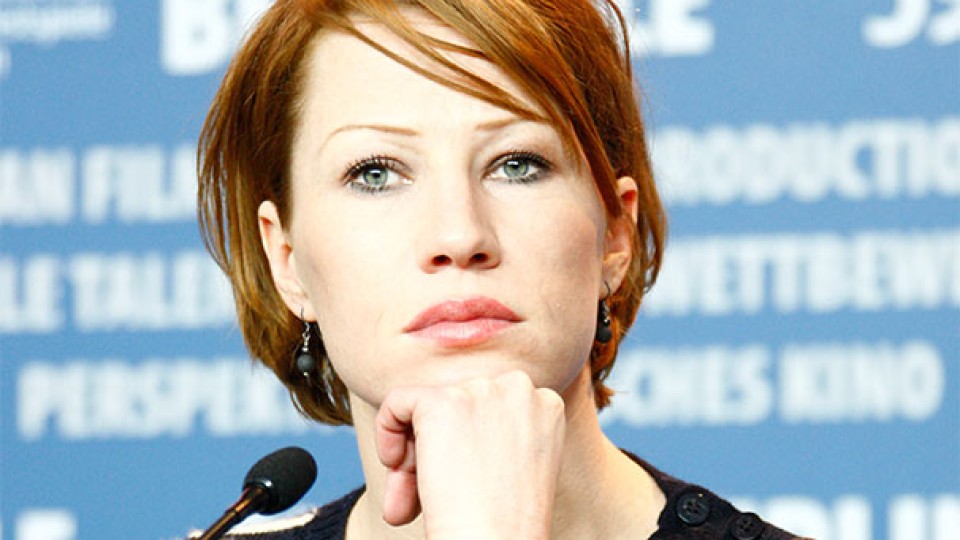