All
you can
watch
If you're not moving, they can't stop you: NOGO. Hiebler/Ertl's first feature film focuses on three couples and a gas station in the middle of nowhere which becomes their obsession.

Gas stations stink, claims someone who knows nothing about them. They smell good, counters Tom, and anyway, Lisa likes the smell too. It's no surprise that this couple's greatest wish is to find one and realize their dream of working for themselves. Joe and Maria run precisely the kind of gas station that Tom and Lisa have in mind, and they are doing an exceptionally poor job of it. What the other couple really wants is to close the place down and disappear into a cozy cocoon for two, forgetting about annoying customers and their empty gas tanks. And Rosa is the one to suffer as a result: Though in a hurry, she is stuck at Joe?s gas station, and Joe is apparently unwilling to get her car running again. Luckily, Sam, a childhood friend, is prepared to help her.

Three stories, and three couples whose fates eventually collide after a chain of coincidences: This is the theme of NOGO, the first feature film by Sabine Hiebler and Gerhard Ertl, a duo of directors who have previously specialized in experimental films. For this first sally into the world of narrative film they chose their favorite genre, the road movie, as a framework for the protagonists? quest for freedom. A somewhat run-down gas station in the middle of nowhere is the place these three extremely different love stories cross: For the first couple, love represents a refuge from the rest of the world, the second regards it as a gateway to independence, and for the third it is both an unplanned obstacle which forces them to stop and think things over and the venue of an opportune encounter. We see the gas station, claimed Sabine Hiebler, as a kind of tabernacle for couples. It takes on an almost sacred quality because of its significance for all three pairs.

The unconventional groupings in the three episodes demanded careful casting, and the directors managed to hire their dream team. Meret Becker plays Maria, whom pump jockey Joe (Oliver Korittke) chooses as his better half. The station serves as a private enclave where their paranoia is allowed to come to full bloom until all intrusions from the outside world are perceived as threats. Lisa (Jasmin Tabatabai) and Tom (Jürgen Vogel) typify the textbook long-term couple saving up to invest in an independent existence. They have had Joe's gas station in their sights for some time until Lisa?s illness tests their resolve. The third couple, claimed Hiebler, is the road-movie couple which thumb their noses at social conventions and wonder how to deal with norms they have rejected. Mavie Hörbiger and Michael Ostrowski play Rosa and Sam, who hope to attain their idea of freedom regardless of who might suffer as a result. Although Joe?s gas station is more or less a crossroads at which the three stories connect, the characters do not become entangled as in most other episodic films. In each case, two persons move in a single direction without taking the rest of the world into consideration. Our characters, claimed Ertl, have strong personalities, are thin-skinned and stubborn ed at the same time, but they do not develop. All three couples stick to their original plans. The clash at the film?s end is unavoidable. The title, NOGO, can be understood as a kind of playful brand name, a reference to the no-man?s-land surrounding the gas station, and as no go, it reflects the firm and unchanging plans the three couples have for their lives. We filtered out a specific dynamic relationship for each couple, explained Ertl, as all couples develop their own dynamism with time. In the case of NOGO, this paradoxically leads to a standstill. Sabine Hiebler and Gerhard Ertl have become familiar with the dynamics of cooperation, both in their professional and private lives, over the course of a decade. Since studying at the art academy in Linz they have made a number of videos, photographic works and short experimental films, many of which deal with gender and identity issues and the different perspectives of men and women.

The choice of this topic, explained the filmmaking duo, seemed obvious because it comes up constantly, especially when you?re so familiar with this situation. When the two work on a film together, there is no rigid division of labor or unequal allocation of responsibility. In our stories, claimed Ertl, the male and female leads are equally important. This makes things a lot easier, the fact that we can contribute both a man?s and a woman?s perspective. According to the directorial concept of NOGO, each couple?s story plays out independently, and three more or less profound insights into relationships are arranged in a linear fashion. At the same time, the quick cuts make it clear that all three are occurring simultaneously until the six protagonists end up at the gas station by chance and the irreconcilablility of their ideas leads to a showdown. The dialogs, straightforward and sparse as the couples? surroundings, terse and filled with biting humor. Maria asks Joe, Have you ever just wanted to leave? He answers, I?m already gone, thereby winning her heart. Some of the reactions are elicited by sharp cuts or musical motifs. A tableau vivant in which Maria and Joe lie on a green blanket, resembling two embryos in the security of a mother?s womb, says a great deal about their Garden of Eden, and the roadway being eaten up by a racing car reveals the speed at which Tom and Lisa are running out of time. It was important, explains Hiebler, to give the film a visual rhythm and introduce a narrative level with images alone. A great deal can be said with a static image, sometimes more than would be possible with dialog or other solutions. NOGO plays out in an atmosphere of rhythmized reduction in which the music of the Viennese band Sofa Surfers adds a distinct flavor to many scenes. The musicians wrote the themes on the basis of the screenplay so that they were available when shooting began. We liked the music right away, is how Ertl described working together with the band. It has a certain affinity with our work – like us, they're somewhere between brutal and fragile. (ks) 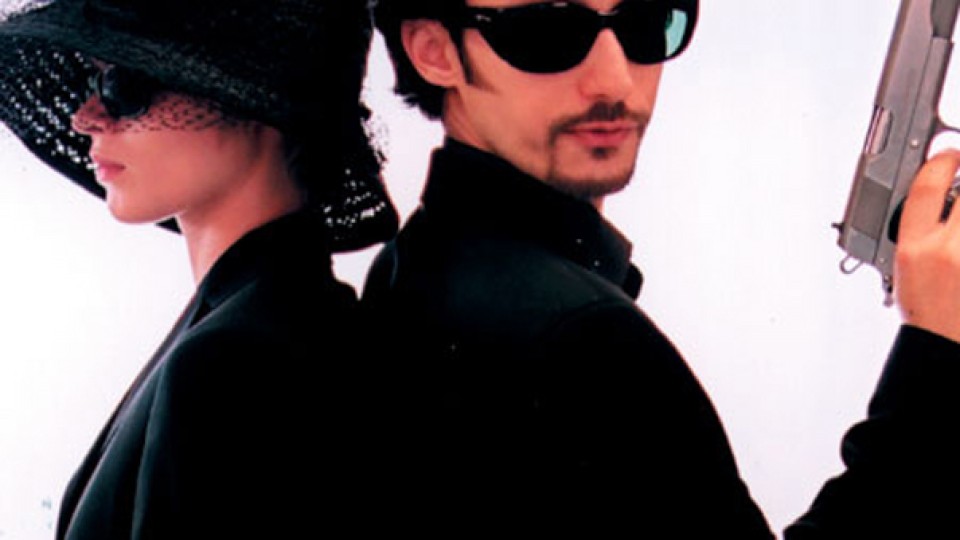 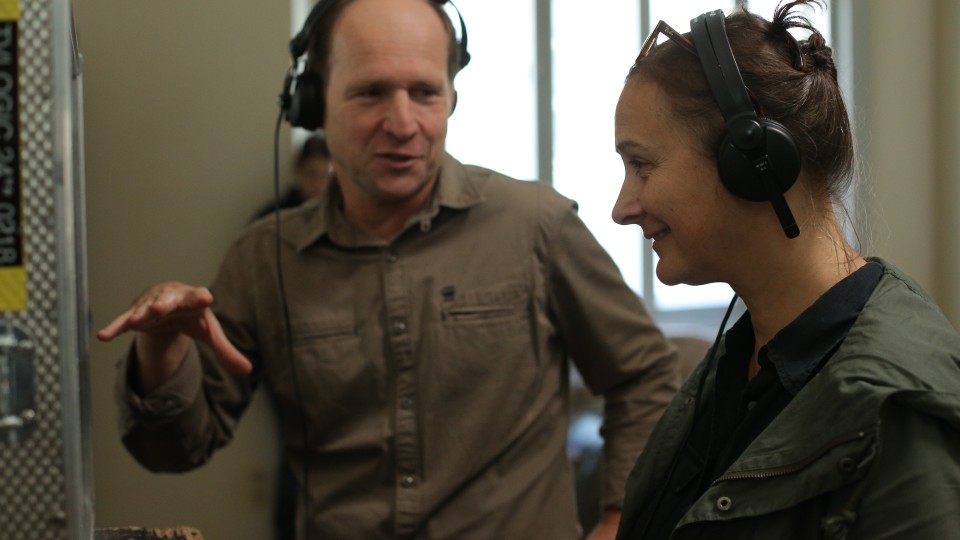