Director Götz Spielmann is back: His new film The Stranger, the story of a woman who finds herself, is subtly packed in a suspenseful mixture of romance & crime. Its international premiere took place in Toronto.

She has come from far away and is constantly on the move, but meeting him brings some peace and tranquillity into her life. And while he seems to have been at a standstill for many years, he receives a jolt after seeing her for the first time. Two worlds which could not be more different meet by coincidence one night in a taxi maneuvering through the streets of Vienna. They move in the same orbit for a few days before spiraling off on their own paths. But not before this encounter changes them both.

The title of Götz Spielmann's latest feature film, The Stranger, consciously plays with its dual meaning, that of an unknown female and the world abroad, the opposite of home. Mercedes the Mexican beauty is not only a stranger in Vienna, where her plane lands at the beginning of the film- she also senses the extent to which her boyfriend has become a stranger to her, and how unfamiliar she is with her own self. Her journey to Vienna is strictly business: The plan is to quickly sell a kilo of pure cocaine for one million schillings, enough money for the return flight and a new beginning. But the coke scene in Vienna is panicking- the police has gotten wind of the transaction, one dealer after another is being picked up, and their connection is already behind bars. It seems as if the carefully planned deal is doomed to failure. Mercedes leaves her boyfriend and takes the matter into her own hands.

Harry, the close-mouthed cab driver who first noticed her just after her arrival, begins to play an increasingly important role in her life and gradually rises above himself. Moments from everyday life. "My stories," said Götz Spielmann, "are taken from life. The greater part of my work is keeping an eye open for certain moments, characters and images. In my opinion, life and work are inseparable, work is an organic part of it. I live, and that results in things which can be told in a story." For example, Die Fremde grew out of fragments taken from everyday life which were pieced together to form a complete story.

The key image which provided the inspiration was that of a woman from South America sitting in a public-housing apartment, listening to a song in her native tongue, thinking of nothing more than going home. This image came to him while he was doing research in a housing project on the edge of Vienna-the place where Harry lives and offers Mercedes a place to stay. A few years ago, during an election campaign, Götz Spielmann accompanied a worker for the Social Democratic Party as she collected membership fees in one of these huge apartment complexes. This offered a unique opportunity for a comprehensive study of sadness, loneliness and xenophobia. "After hearing so much talk about foreigners, there was suddenly this image of a woman longing for her home country. I wanted to know how she got here and why she wants to leave."

Power and pathos The story was originally written for a Brazilian actress. When she finally turned down the role, a long search began for the ideal female lead. In fact, a search was made for two leads. While the character of Mercedes is so central to the story, the theme song recurs as its leitmotif and communicates the atmosphere of the entire film, most importantly during its first few minutes. Unfortunately, this emotion is not to be found in Brazilian music. "Eventually," remembered Spielmann, "I realized that Brazilian music does not have what I was looking for. Though there is a great deal of longing, Spanish songs, which are rawer, have in my opinion more power, more pathos and more hidden basic emotions." The debut CD of the Mexican singer Lhasa de Sela satisfied the director's expectations perfectly. That settled it: "The stranger" would have to be Mexican. The actress, Goya Toledo of Lanzarote, Spain, won Spielmann over at a casting in Madrid. She could not speak a word of German at the time, but "with a good actress," according to the director, "who does her job with passion, that's not a problem. It just means a lot of work for her."

Discovering new faces In addition to Goya Toledo, Spielmann also found a new face for the Austrian big screen. While all the supporting roles were filled with famous names from the current generation of actors-Nina Proll (Beate), Simon Schwarz (Dealer) and Fritz Karl (Franz)-Hary Prinz, previously an unknown, was chosen as the taxi driver. "The fact that Hary Prinz is not as well known," said the director about his male lead, "will soon change, I hope. I don't bother about names, to the dismay of some of my past producers. And I like discovering. In a way, it's similar to panning for gold. I think that it's also indicative of the quality of the director, having a good eye and intuition for actors and being prepared to leave the beaten path when casting." The two protagonists blaze trails through their egos: Mercedes and Harry could not be more different and for that reason work together so well.

Spielmann explained, "These two figures are in crisis, one because his life is too internal, the other because her life is too external. And each has what the other needs. After meeting, they begin to help each other reconquer the other side. Both undergo a contrary but equivalent development, becoming at the conclusion a greater whole." Precise look at the time and society In his somber psychological study Der Nachbar, which aroused international attention in San Sebastian in 1992, Spielmann's main intention was to show the psychological deformations caused by war. In Die Fremde, he confronts the present and its rampant greed, as in Der Nachbar, with the ambition of portraying an authentic and internally consistent milieu: "The important thing for me is a precise examination of the times and society. I always attempt to comprehend personalities and milieus from their perspective, and in light of the fact that money is the worst addictive drug of our time. When I tell a story involving drugs, I use the greatest care to be as honest as possible and without taking a moral or immoral position." Spielmann is much too skilled as a story-teller for that. At the decisive moment, fiction wins out over reality, and laconic wordplay and gradually building tension cast a spell over the audience on this journey through internal and external worlds. 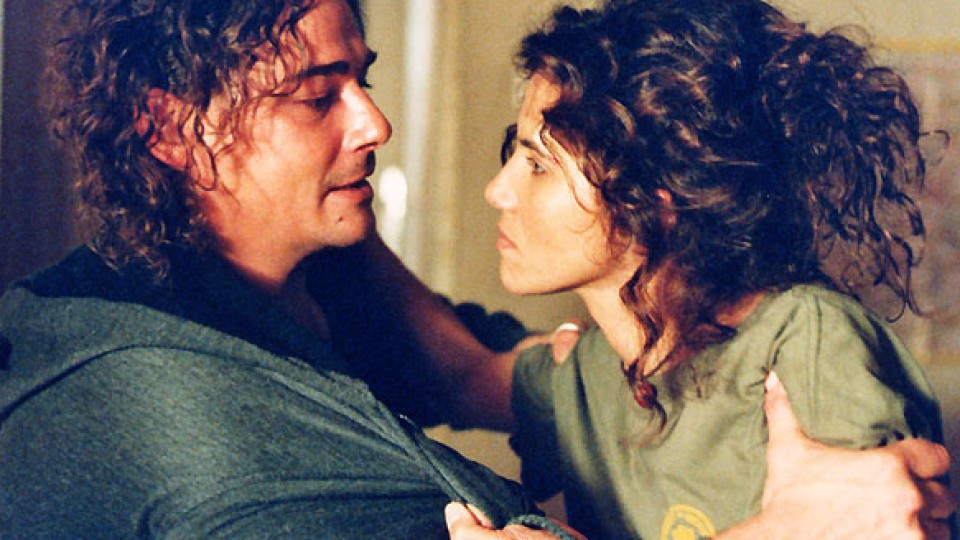 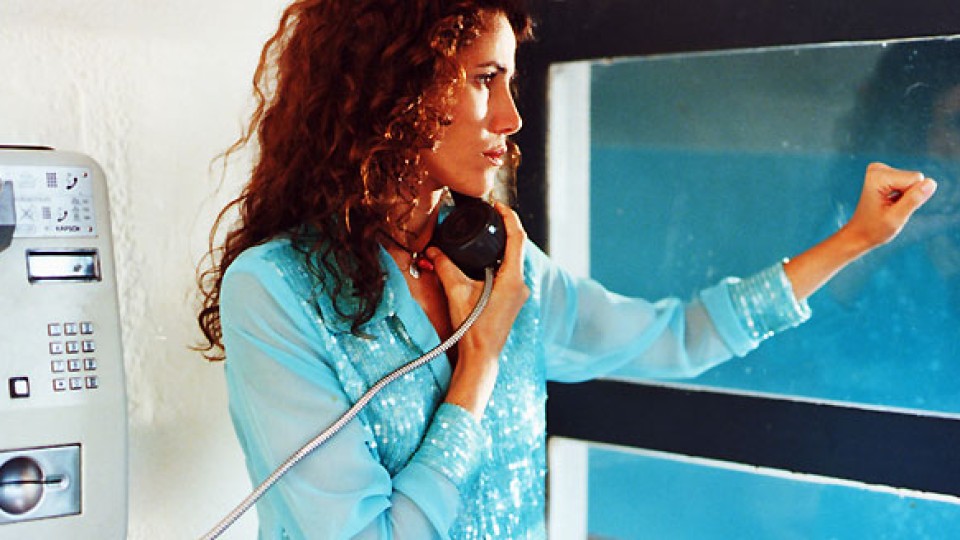 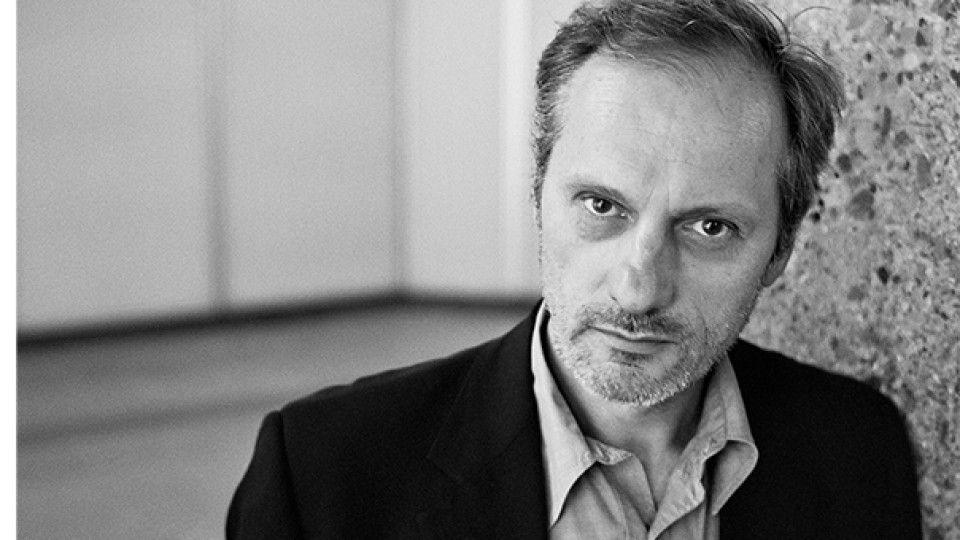