SINIŠA VIDOVIĆ: The most important difference is that the Bosnian Korida is not a fight between a human being and an animal; instead, two bulls fight each other. The fight is deemed to be over when one of the bulls turns and walks away, indicating that it doesn't want to fight any more. The fact that the bull itself makes this decision means the fight can last for three hours – or fail to take place at all. It also means that the animals can live to the age of 15 or older, and that they die a natural death. The bulls are trained for the Korida – they aren't used as domesticated animals at all – and the owners of the bulls place great emphasis on bloodline. They also take a lot of trouble to make sure the animals aren’t harmed: the horns are blunted, so they can't injure each other during the fight.


The Bosnian Korida goes back more than 240 years. How has the social and symbolic function of the Korida developed during its history? And how has it survived over that period, despite military conflicts?

SINIŠA VIDOVIĆ: I myself only found out about the long history of the Korida during my research. The crucial point is that it unites people – and it doesn't involve cruelty to animals. Before the last war, when Yugoslavia still existed as a federation of states, between five and ten Koridas were held annually in Bosnia, each of which attracted up to 150,000 spectators. Since there were so few of them, each was a highlight of the year. There wasn't much else in the way of entertainment, actually. Over the last 20 years they've been privatised to some extent, and now there are up to 100 Koridas each year – which some people say is far too many. Almost every village holds its own event. There’s no championship arrangement, but the big Koridas are so established that there is a great deal of prestige attached to them.
The areas where I was filming saw the most brutal conflicts during the last war. Now people who fought each other not so long ago stand side by side at the Korida, enjoying the entertainment. Some of our protagonists became extremely involved in the sport. They started just after the war, at a very early stage, travelling all over Bosnia – even to places where they weren't welcome because of their ethnic background – because they were so passionate about the Korida. The joint Koridas began much earlier than other exchanges between the former warring parties, such as sporting events or cultural initiatives. The Korida operators were the first people to reach out to one another after the war. For a lot of the spectators the feeling of togetherness is more important than who actually wins. You could say it's one of the crucial initiatives for reconciliation, and it has emerged from the people themselves, not politicians. The existence of so many Koridas in Bosnia today also shows that after the collapse of Yugoslavia people once again need events like this, which promote understanding and acceptance between different ethnic groups, and are prepared to support them.


Events while you were shooting the film seem to have steered it in a different direction. When you embarked on this project, what was your original intention? What kind of concept was it that you developed together with Senad Halilbašić?

SINIŠA VIDOVIĆ: When I visited the first Koridas with Senad I felt motivated by two aims. The first was to show the visual strength of the bulls as they fought, and the second was to depict the power of the Korida to promote peace and unify people. When Senad and I started work on the dramatic concept we had to decide on a direction to adopt. It was also important not only to show Serbs but to represent all three ethnic groups, though without stressing their identities or giving them any exaggerated importance. At the beginning we were closer to a sports approach, in the sense that the question of which bull would win was constantly present. Our aim was to show the passion and the love people had developed for the Korida and the animals. The relationship between human being and bull, the way they coped with victory or defeat – those aspects were in the foreground for us. Then, completely out of the blue, violence flared up. If we had put that in the script it would have been dismissed as completely implausible. Another unforeseeable event was the ban on the Grmeč Korida – something that had never happened in the 240 year history of the Koridas. That meant our film took on another new dynamic. You have to be prepared for things like that, able to react quickly and hope that you haven't invested weeks for nothing just because the film suddenly takes a different path. At those moments all you can do is keep your eye on the ball. You’re incapable of saying whether it's good for the film or not.


What effect did these events have on your crew? What process of awareness did they instigate for you?

SINIŠA VIDOVIĆ: By the time we filmed the protests we had been travelling a great deal, and we had discussed lots of things on the long journeys, within the crew as well as with people in the various places. I was really stunned by what happened. My intention, to make a film about the Korida peace project, was suddenly in ruins, and I was forced to re-examine my personal views. I hadn't expected the protests or the outbreaks of hatred. All of a sudden a feeling of dissatisfaction and helplessness came to the surface. People felt completely abandoned by the state, even though there were free elections. At that point it became apparent was that it wouldn't be a film about the Korida but a film about Bosnia and the post-war period. The Korida became a metaphor for Bosnia, I’d say. I could perhaps have called the film Bosnia, but that doesn't sound very appealing. I saw what happened to the Korida when politics and religion become closely involved. Too much politics, just like too much religion, destabilises peaceful coexistence.


You mentioned earlier the visual power of the Korida, which was one of the motivations for the whole project. What does it mean to film animals? You show the confrontations between the animals in slow motion, with music. Why did you choose this way of heightening the impact?

SINIŠA VIDOVIĆ: From the very start I had decided to use a camera that enabled me to film in slow motion. During the course of my research I attended a lot of Koridas as a spectator, with a camera in my hand. I could see the gleam in the eyes of the spectators. I was fascinated by the passion the spectacle aroused in the people watching. In terms of my camera concept I wanted to observe the animals as if from the perspective of the people there. They don't experience the event with the same sober, distant attitude as us, in real time. They see every muscle and every movement, and they comment on it. I often wasn't completely sure which bull was fighting at any particular moment, while they not only knew each animal’s name – they could even perceive any slight physical changes it had undergone in the space of a month. So I was faced with the question of how I could depict this fascination with the tools at my disposal, the means of expression I had available. Slow motion and music seemed appropriate. After all, neither of them are revolutionary new concepts for animal documentaries. When it came to music I really wanted to work with Karuan in order to establish a musical connection between tradition, the Orient and electronic elements. We divided the camera work between us. I shot the slow motion sequences, because I couldn’t ask anyone else to stand in the arena. It would have been too risky.


What kind of elementary power do you sense in a bull like that when you're so close to it?

SINIŠA VIDOVIĆ: At one point a bull thundered right past us, very close, and after that we developed a great deal of respect for them. I actually found the enormous power of the bulls more impressive in quieter moments that during the fighting, when I went to visit the owners on their farms and the animals were brought out of the stalls. During the Korida you're distracted by the noise all around you, from the spectators, but when you’re with just a few other people and this colossal animal emerges from the stall, it leaves you speechless. I had a real feeling of awe. Unlike the Spanish animals, which weigh 500 kg in the main division, the bulls in Bosnia are 1,200 kg in weight. They’re gigantic, really imposing.


Ultimately the film makes it apparent that life is very fragile for people there, in terms of politics and economics.

SINIŠA VIDOVIĆ: I was always aware that the subject of war is an extremely sensitive one. The way you treat the subject there is as though there were an elephant in the room, and you pretend all the time you can't see it! The traces of the war are evident all around you, but people are fed up to the back teeth and don't want to be reminded of it. I wasn't interested in the subject at first either, because I had been following the political situation in the media, and I was so relieved to have discovered a positive aspect of life in the Korida. That was the optimistic attitude I had when I embarked on the project, but I certainly learned my lesson. In retrospect though, I think it was a good thing that the political dimension demanded our attention. It turned out to be a film about a Bosnia that many Bosnians are not aware of either. Perhaps they don't want to be. 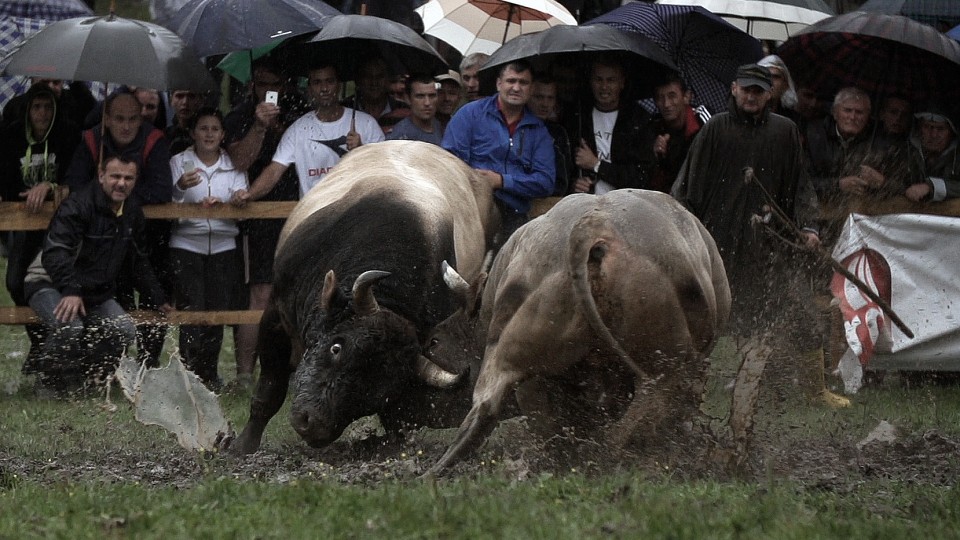 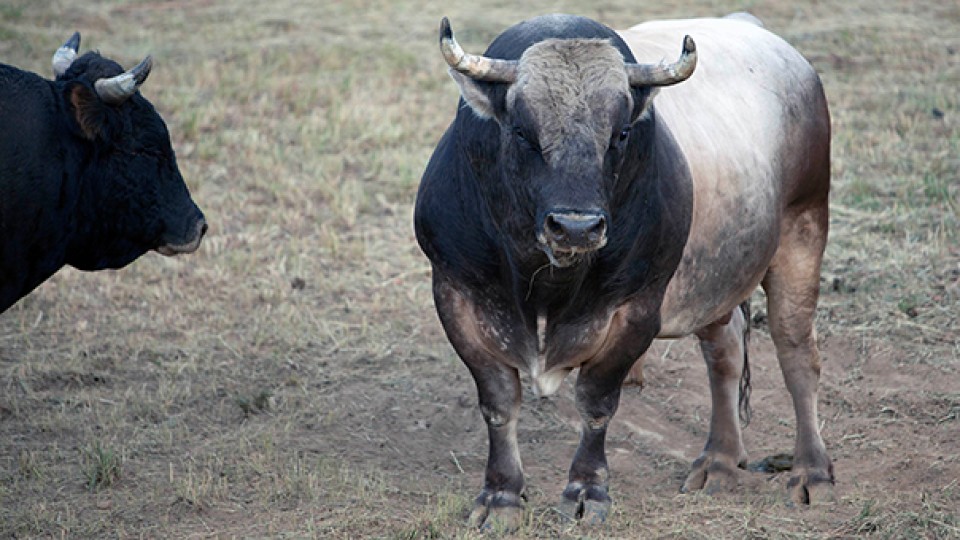 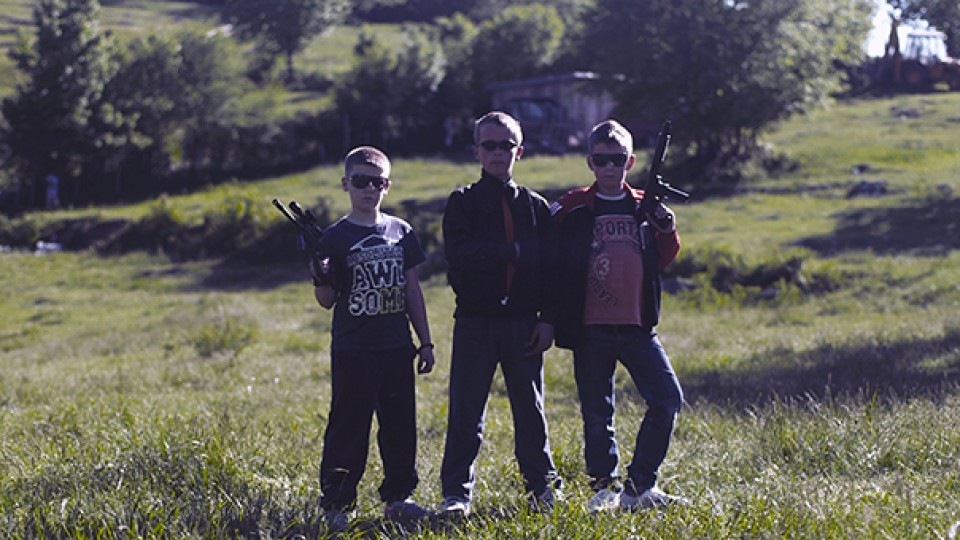 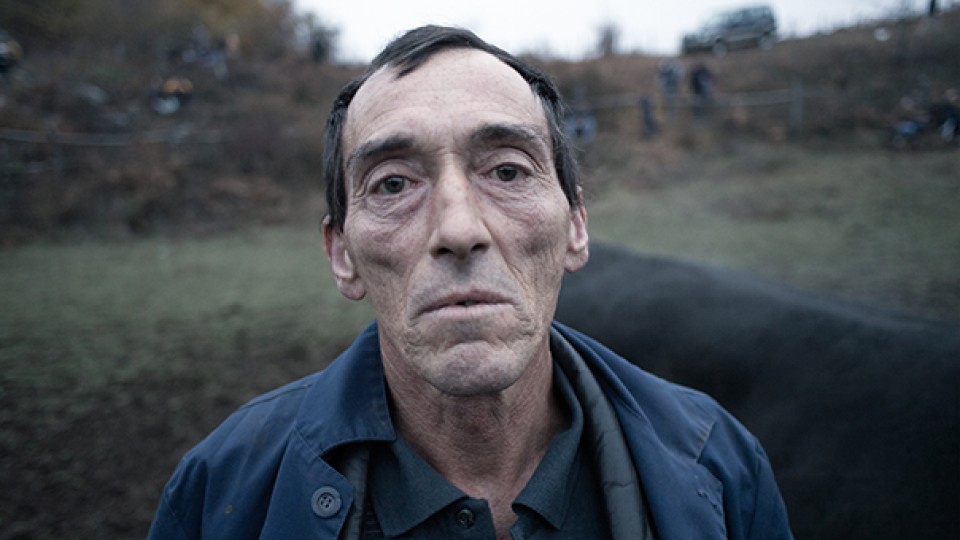 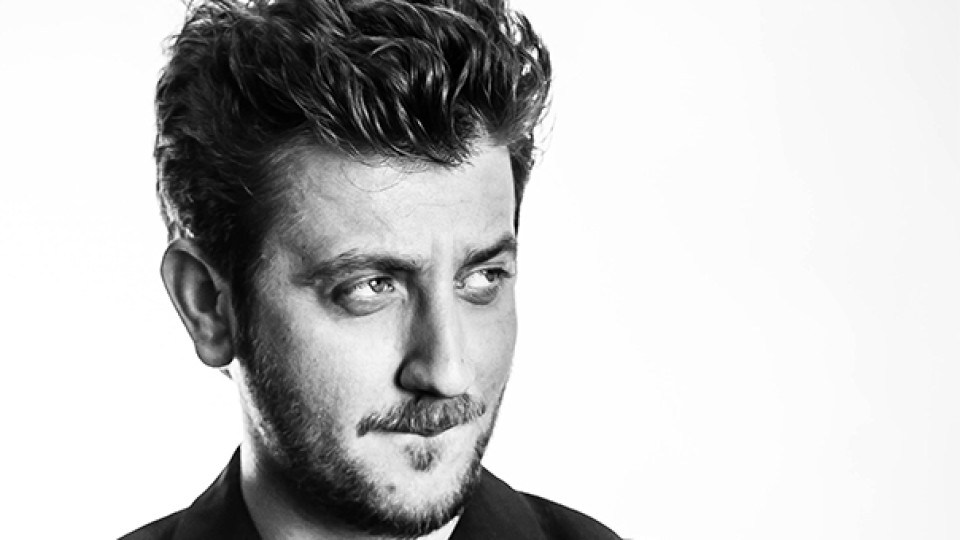 «My intention, to make a film about the Korida peace project, was suddenly in ruins, and I was forced to re-examine my personal views.»