All
you can
watch
Jakob Brossmann on Lampedusa in Winter, the vivid portrait of a tiny island obliged by virtue of its position on the southernmost edge of Europe to confront issues which the rest of the continent attempts to avoid. World premiere: Locarno – Semaine de la Critique.


What issues did you have in mind when you first set foot on Lampedusa?

JAKOB BROSSMANN:  It was my intention to gain an understanding of the inhabitants and the structural context that went beyond the usual media approach, and to take a look at the encounters between refugees and locals. How does that appear? Lampedusa is probably more influenced by the influx of refugees than anywhere else in the world. I wanted to know what effect that had on a society. On top of that came the factor of winter, when an island is thrown back on itself in a state of insularity. The tourists and the media vanish, fewer refugees arrive, and existential questions and issues become visible. It very quickly emerged that it isn't the refugees that are the problem on the island. You discover that the situation on Lampedusa isn't a breeding ground for racism and xenophobia – though you might conclude this as a consumer of European media – but precisely the opposite. A form of solidarity has developed here; it isn't always apparent, but it's basically there. Because the inhabitants of the island regard themselves as victims of the same cynical politics as the refugees. The Lampedusani are experiencing at close quarters how a small change in the law can suddenly bring incredible suffering to the world, and how apparently "natural phenomena" are "created" at a political level.


What would be an example of that?

JAKOB BROSSMANN:  When I first started work I didn't fundamentally questioned the issue of refugees arriving by boat; I just regarded it as a kind of phenomena of nature. My experiences on Lampedusa, and all the conversations I had with the inhabitants, showed me the background to the whole situation. The problem of refugees travelling to Europe by boat could be resolved very quickly. All you would need to do is re-establish the system of embassy asylum applications and again authorize secure travel routes for people who have a claim to asylum, or at least the right to apply for it. The dangerous journeys by boat are the direct consequence of the border fences at Ceuta and Melilla, and similar structures that have been erected everywhere. They are the immediate effects of laws which make airlines responsible for transporting anyone who doesn't have immigration documents. The Lampedusani have experience for themselves how the situation on their island has been manipulated in order to create images of an "invasion". But that doesn't correspond at all to the perception they have of encounters with the refugees.

That appears to be partly due to the extraordinary personalities who are active there, especially the mayor, Giusi Nicolini.

JAKOB BROSSMANN:  Giusi Nicolini has been mayor since May 2012. I knew her from the time before the election, and I was at her side during the first major ferry crisis in her first winter as mayor. She is an extraordinary person. She definitely had a powerful influence on the film. The first time we met I was considering trying to portray Lampedusa separately from the whole issue of refugees and the associated problems. To consciously exclude the subject of refugees. Her response was loud and clear: "That's impossible. You can't talk about Lampedusa without speaking about refugees. That question is part of our identity and part of the whole situation." She just couldn't conceive of a project that focused purely on the inhabitants of Lampedusa. And that was despite the fact that Lampedusa desperately needs attention drawn to its own problems! One of the major reasons Lampedusa is so relevant for us is the experience of being helpless and powerless.


Documentary film-making is primarily a question of developing trust with the people involved. Was that difficult on an island, where communities are generally considered to be closed? The camerawork in this film certainly suggests there was a powerful atmosphere of trust.

JAKOB BROSSMANN:  There are lots of camera crews on Lampedusa, especially in the period immediately after any tragedy. They generally adopt the same approach and ask the same questions. In our case, people noticed that we came in winter, and that we stayed - and if I asked any questions at all, they were not the usual ones. I had a fantastic interpreter; without her I wouldn't have been able to overcome the language barrier. People came to appreciate the fact that we really wanted to understand the situation and the people.


You focus on separate, individual aspects of life on the island – the football club, the radio, fishing – in order to create your portrait.

JAKOB BROSSMANN:  The fact that Giusi Nicolini would be a protagonist in the film was apparent to me before she was elected mayor. Previously she had been the head of an environmentalist group. I was trying to use these cornerstones of island life to define the reality there in the 90 minutes available to me. The football training is extremely important, because football always represents the dream of another life, bigger and more meaningful. That relates to the other stories that you associate with the island. The fact that such clear conflicts arose on the island while we will present there, and we were allowed to witness that, changed a great deal in the structure of the film. Things like that can't be planned; all I can do is be grateful. The strike had the effect of making the football story far more about how we get along with each other: within the team, with opponents and with defeat. The football team is a small narrative element that appears repeatedly, making it possible to show that people have their own lives separate from the tragedies, catastrophes and existential emergencies. For me there’s something comforting about that.


The fact that the island is so small also makes it harder to look away.

JAKOB BROSSMANN:  Lampedusa is a beautiful place, a fantastic holiday destination; there are people there who understand life, even though at times they have to struggle with the very basics. And they have an awareness of the circumstances, which really have to be understood everywhere. Those people are repeatedly confronted with evidence of the misery in the world. At regular intervals the Lampedusani meet people from all over the world, hear their stories and then lose these friendships because they can't be maintained. And again and again they see how the happiness of people who have been rescued, the survivors, is transformed into sheer despair about the European asylum system.


Lampedusa in Winter speaks out clearly in opposition to the discourse that is dominant in the mainstream media. Now that the film is finished, what kind of message would you like it to convey?

JAKOB BROSSMANN:  When you have gathered together so much material, you develop something like a sense of obligation to make it accessible to people. That feeling had a crucial effect on the narrative style. My experience of Lampedusa made me realize that whatever my own approach to making films, I wanted to reach as many people as possible – while knowing it's very difficult to achieve that. This material, which developed from a long period of observation, contains a message and a political dimension that I’d like to communicate to a large audience. On Lampedusa you see very clearly that the danger isn't in the refugees who arrive there but in the way Europe treats these people: they are turned into objects and numbers, forced through an inhuman system, deprived of all dignity – and the few of them who have the good fortune to achieve asylum status are then hardly given any opportunity of integration. But at the same time the way I see it, Lampedusa also represents our treatment of all people who have been marginalized at the edges and the borders of our society. There is a lack of overall social cohesion, and those at the periphery are left to themselves. That's the real source of the danger. Not the refugees. 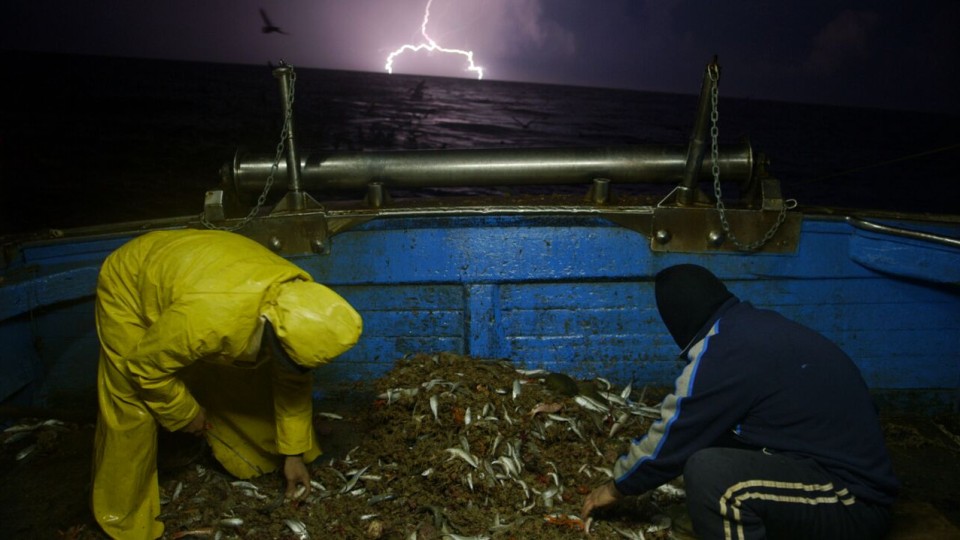 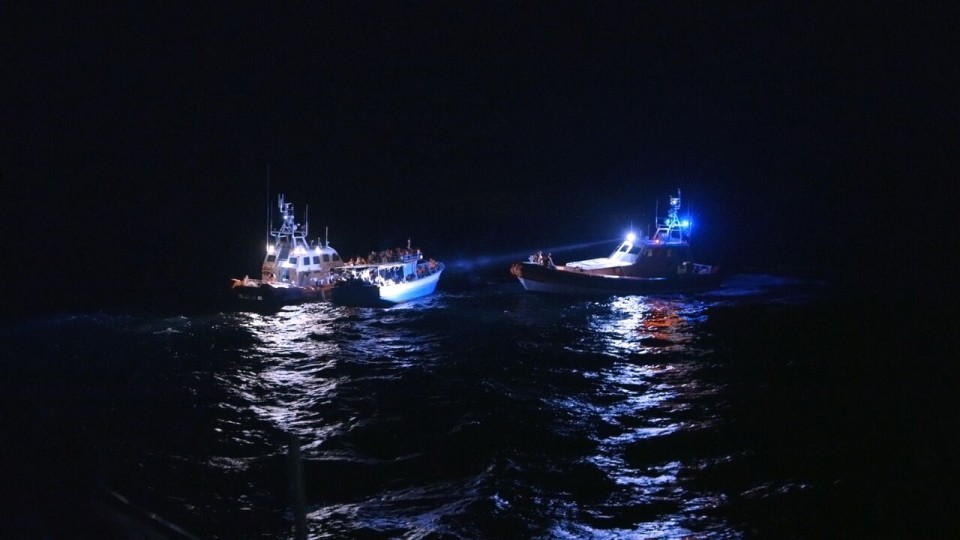 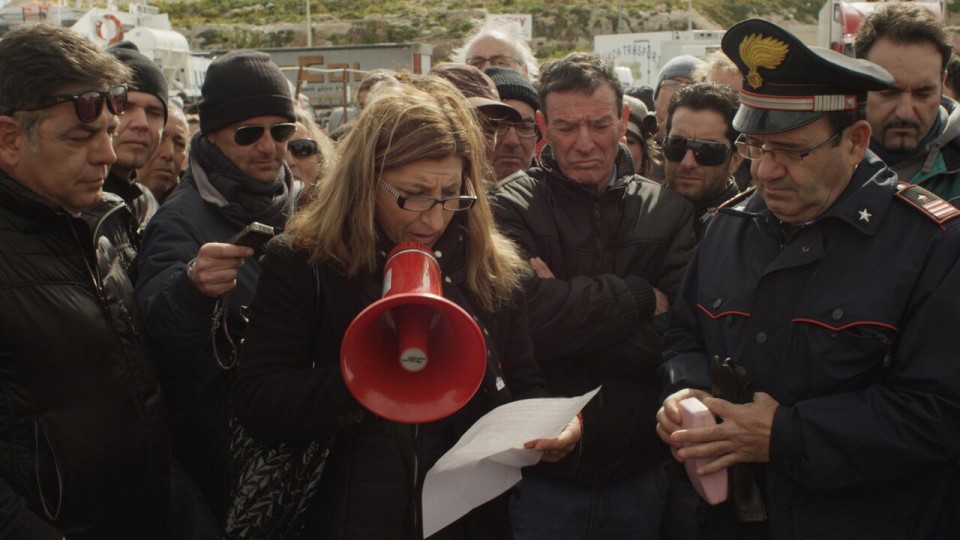 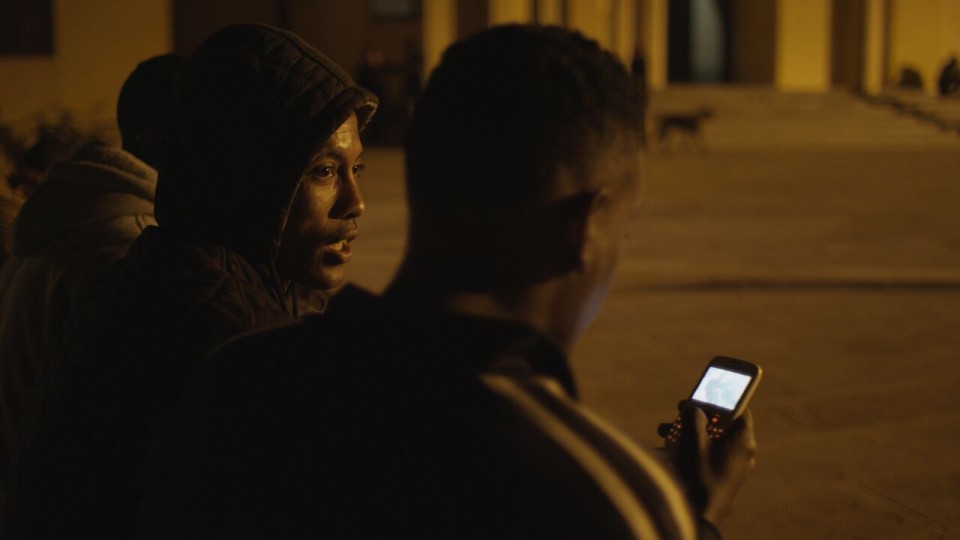 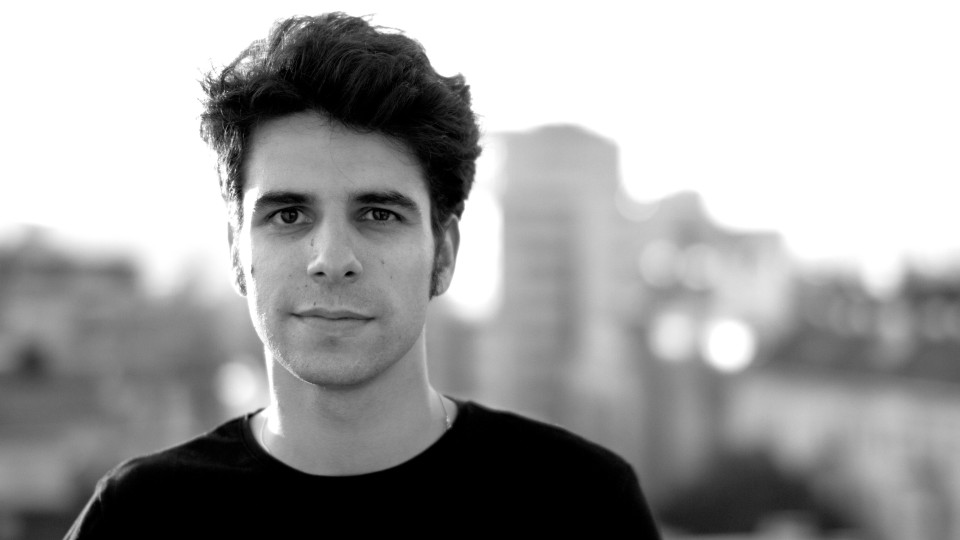