All
you can
watch
Until recently the name Franz Murer did not feature in Austria's collective awareness of history. The SS officer was instrumental in destroying the Jewish ghetto in Vilnius, and in 1955 he was returned to Austria from a Russian prison to be tried for his crimes. He wasn’t put to trial until eight years later – and was found innocent. Christian Frosch has reappraised the case in Murer – Anatomy of a Trial.

The Murer case isn't particularly well-known, even in Austria. Could you summarise it for us?

CHRISTIAN FROSCH: The legal background is a bit complicated. In 1955 Franz Murer, an Austrian citizen and former SS officer, was released from prison in Lithuania. He had been sentenced to 25 years hard labour there for the murder of Soviet citizens. He had only spent five years behind bars. He was returned to Austria as part of the Austrian State Treaty (which re-established the state of Austria after the war), but only on condition that he would be tried back home for his crimes. However, the Austrian prosecution service didn't bring any charges against him, using a very obscure justification. When he got back home, Murer didn't even change his name. He lived here quite openly, because he was sure he would be protected by his political contacts. It was only by complete chance that Simon Wiesenthal discovered Franz Murer was living in the Steiermark, quite untouched. And not until international pressure against him mounted was the case reopened. He then spent about two years in jail awaiting trial, which took place in the summer 1963 in Graz, over a period of 10 days.


For your film MURER – ANATOMY OF A TRIAL to have its world premiere in Austria in spring 2018 seems highly appropriate in the present political situation. But all the research and preliminary work required for a film like this must have taken several years. What was it that made you sense from the very start how topical the case would be in the political and social climate in Austria?

CHRISTIAN FROSCH: I first became interested in the subject when I made a trip to Vilnius, and in the Jewish Museum there I saw a sign describing Franz Murer as the main perpetrator of the atrocities in the ghetto. Just a reminder: Vilnius was the spiritual centre of Jewish culture in Eastern Europe. It was completely destroyed by the Nazis, with the support of the Lithuanian population. Of the 80,000 Jews in Vilnius only a few hundred survived. I've always been interested in history, and I was amazed that I’d never heard the name of the man described as being mainly responsible for the Shoah in Vilnius. At first I started doing some research from purely personal interest. It turned out to be a journey into the darkest chapter of the Austrian judicial system in the post-war period. In one sense the Murer trial is typical, but it's also very special because the media and the political scene behaved in a particularly vicious way.


How much of your investigation into this case was historical research, and how much did it consist of studying court records?

CHRISTIAN FROSCH: At first you feel almost suffocated by the vast amount of material about a subject like this. It was only when I decided to concentrate on the main trial that it became halfway manageable. The court record of that trial forms the core of the film. My first idea was to remain in the courtroom throughout the entire film, but then the political intrigues which are of crucial importance, and which give the film the flavour of a political thriller, wouldn't have been appreciated. For someone like me who isn't a lawyer, it wasn't very easy to understand the system of trial by jury in Austria. I was astonished when I realised there wasn't any audio recording or even verbatim transcript of the trial – just records in the form of notes. When it came to writing the screenplay that gave me a certain freedom in deciding exactly what a witness should say, but at the same time I felt the obligation to reconstruct as best I could do what a witness really would have said, and how.


It struck me that every face seemed to have been very carefully chosen and given the appropriate weight. The casting process must have been a core feature of the preparatory work.

CHRISTIAN FROSCH: That's right: casting was an enormous challenge. Eva Roth did an outstanding job. I mean, there are more than 30 speaking parts, and each one is important in its own way. And some of them had to be able to speak Yiddish, Hebrew or English. At first I was a bit wary of having 30 actors on the set at the same time, and it really could have been difficult. Especially when you also have 150 extras in the room. The great thing was that everybody involved brought a very high degree of identification to the project, and well-known actors were prepared to take small roles, so every individual figure gained in importance.


Shooting a courtroom scene creates particular challenges for the camera as well. How did you and Frank Amann work out the visual approach? Especially the way you play with shifting focus?

CHRISTIAN FROSCH: The main problem with filming in a courtroom is that everything is very static. We put a huge amount of thought into the question of how some movement could be introduced, and in the end we picked a very risky strategy, which was to work with complete mobility, in extremely long takes, with an extremely long focal length. There were takes lasting about 40 minutes, where nobody knew when he would be on camera, even though it ends up with a close-up of him. There weren't any tricks at all. And this method was perfectly appropriate for my approach, which is that in a trial, at any particular moment, listening, watching and reacting is just as important as the person who is speaking. It was an enormous challenge, both for the actors and for the camera.


Revisiting a trial that really did take place also means performing a kind of balancing act between documentary and fiction.

CHRISTIAN FROSCH: It's certainly true that our camera work has a sort of documentary feel, although of course everything was worked out in advance. A trial has its own dramatic structure, and to a certain extent it is a piece of theatre: an act is reconstructed, everyone presents his perspective on it, and in the end we are supposed to come out with something resembling the truth. And there's always a fictional element to a court: after all, everybody is playing a role and has a defined function.


In terms of dramaturgy, it's an interesting approach to emphasize the dynamic between the two lawyers, and on top of that, to introduce a very surprising twist.

CHRISTIAN FROSCH: I wanted to make a comment, not only on this trial but also on court cases per se. A lawyer pointed out to me that in this trial it was virtually impossible to call any plausible defence witnesses. All the witnesses testified against the accused. That meant the defence attorney had three options if he wanted to win: to bring out contradictions in the witness statements, to moralize, and to put on a show as a lawyer. He certainly did his job as a defence lawyer, and the only thing you can question is the fact that he accepted that job in the first place. Although it sounds absolutely incredible, his closing statement is almost word for word factually correct. There were lots of things in the film that I toned down a little rather than showing them to be as drastic as they were according to records – I’m thinking about the Nazi salute, or the way the witnesses were laughed at – because it would have seemed completely implausible today. For the victims to travel to this country and testify in court was an incredible step for them: many of the survivors refused ever to talk about it. And then when they got to Graz they were called liars. The fact that their immense suffering was dismissed as a fabrication, and that the mass murderer was set free, meant those people were traumatised all over again.


When you study a case like this so intensely, how outraged does it leave you feeling?

CHRISTIAN FROSCH: I think the first emotions are outrage and fury. Then, as you get more information, your desire to understand the situation better gets the upper hand. But you have to be careful you don’t lose touch with your original emotions, because there is a danger that by trying to appreciate the complexity and understand every angle, the first emotional response becomes dulled. If you spend years and years studying an aspect of the Holocaust – and several historians have confirmed this – at a certain point a sense of normality develops. It's only the details that bring out the horror and outrage again. And doing this kind of work does change you. Today I see things in society more clearly, differently than I did five years ago. Today I get angrier at attempts to describe events as collective acts. People who commit crimes have names, and they did something. In Austria just after the war the habit very quickly developed of speaking about some vague collective guilt – because the group of criminals was very big. They were everywhere, and they just went back to their normal lives. That's why they were never named.


Studying a court case closely like this also makes social processes more visible. To what extent does the Murer case, in retrospect, not only symbolize the way Austrian society handled the Nazi past but also present a perspective on current political phenomena?

CHRISTIAN FROSCH: I came to the realisation that an event in itself isn’t part of history: only the narrative surrounding it is. Only a story can still continue to exist. If an event is never described, it's as though it never took place. Who tells the stories, and which stories are focused on, is of enormous importance. There is a huge discrepancy between private narratives in a family and the history books. I think the post-war period in Austria, the late 50s and early 60s, have become a blind spot, and I think it was during that period that the positions were adopted which have dictated our political situation today. Five years ago I would never have thought that in such a short time we would have to hold a discussion again about songbooks calling for a renewed Holocaust. As a rule, if you’re a filmmaker you are very pleased when your film has contemporary resonance. But I really wish some of these attitudes weren’t contemporary again. 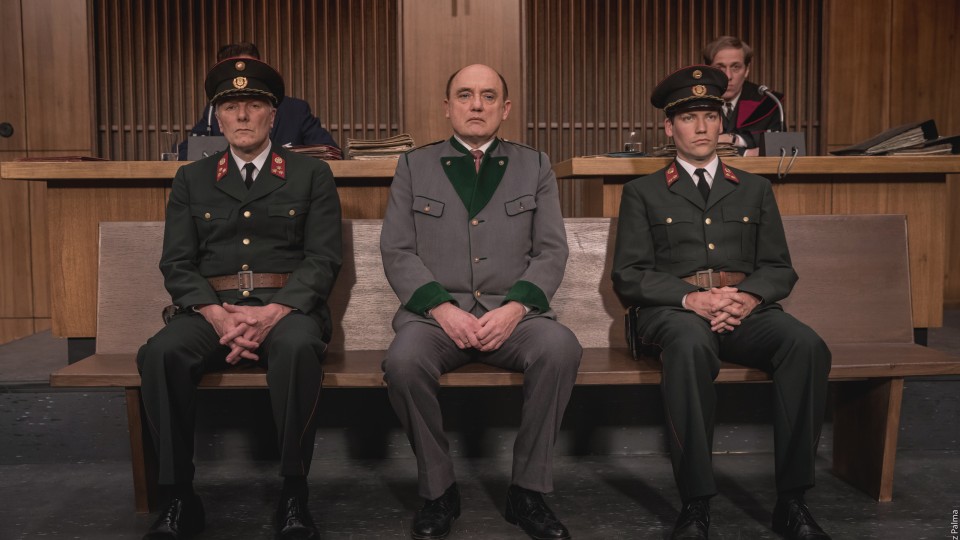 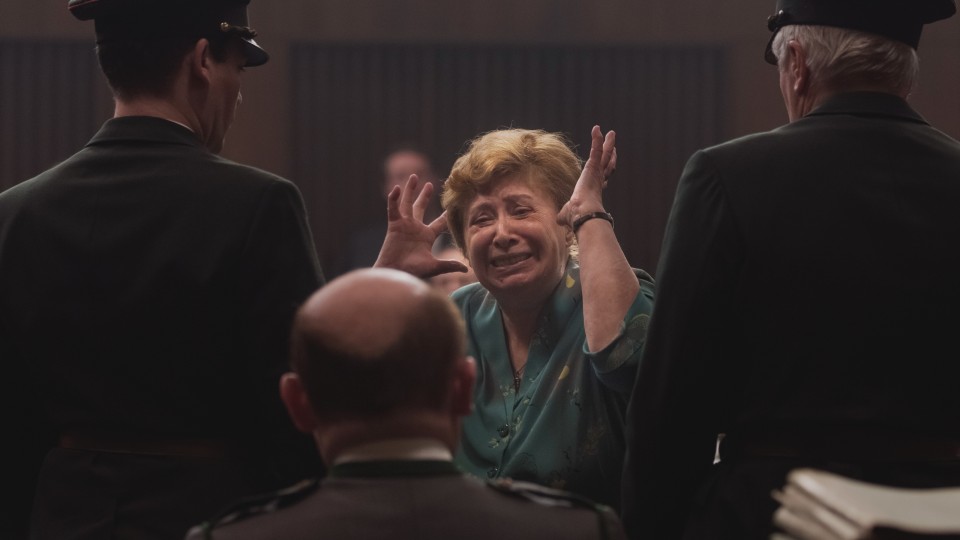 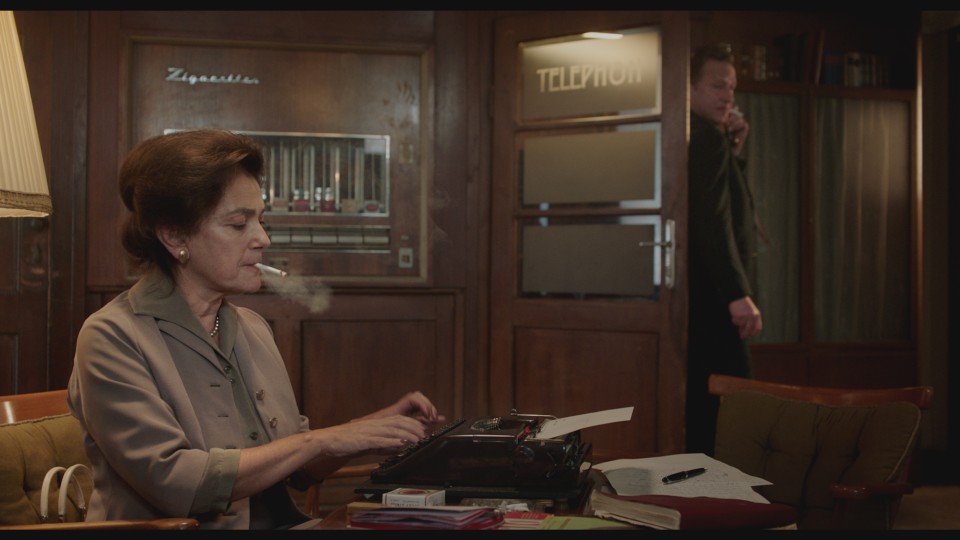 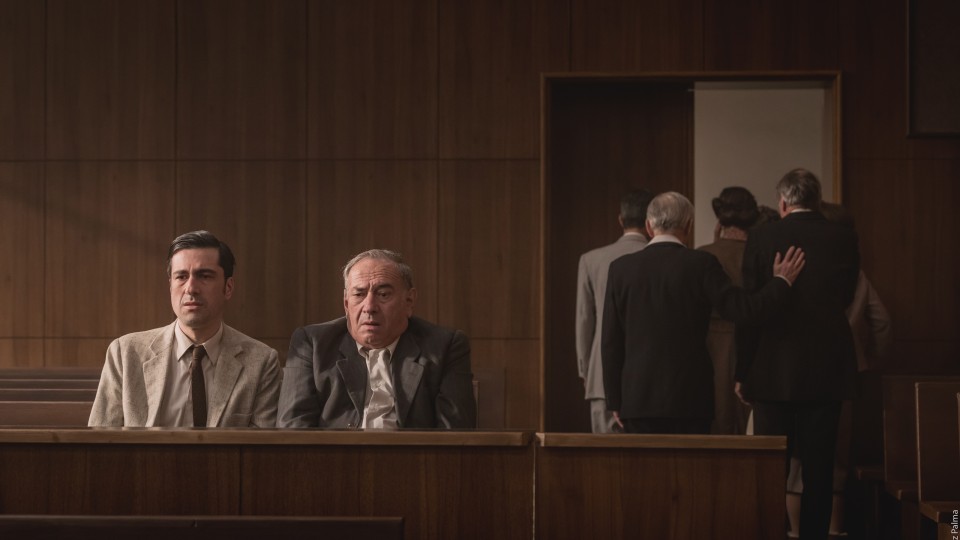 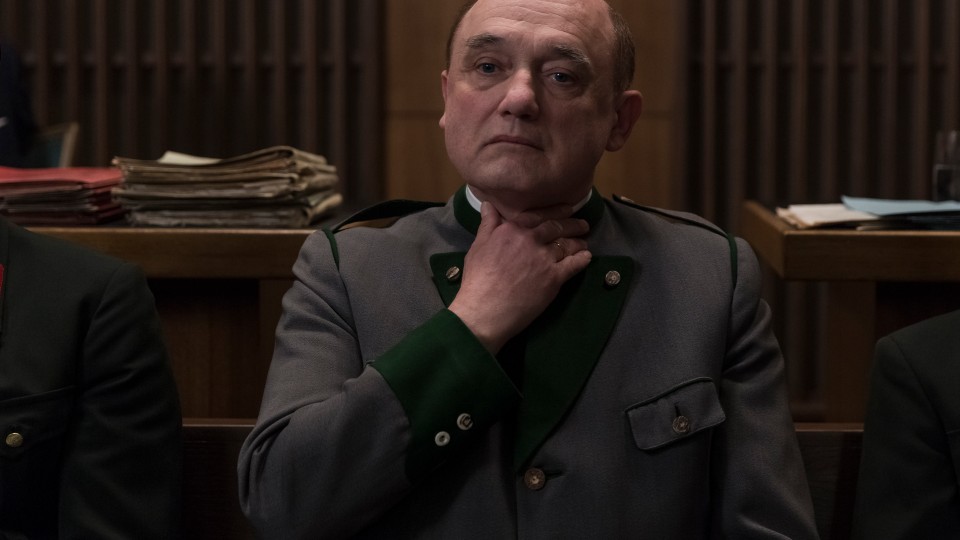 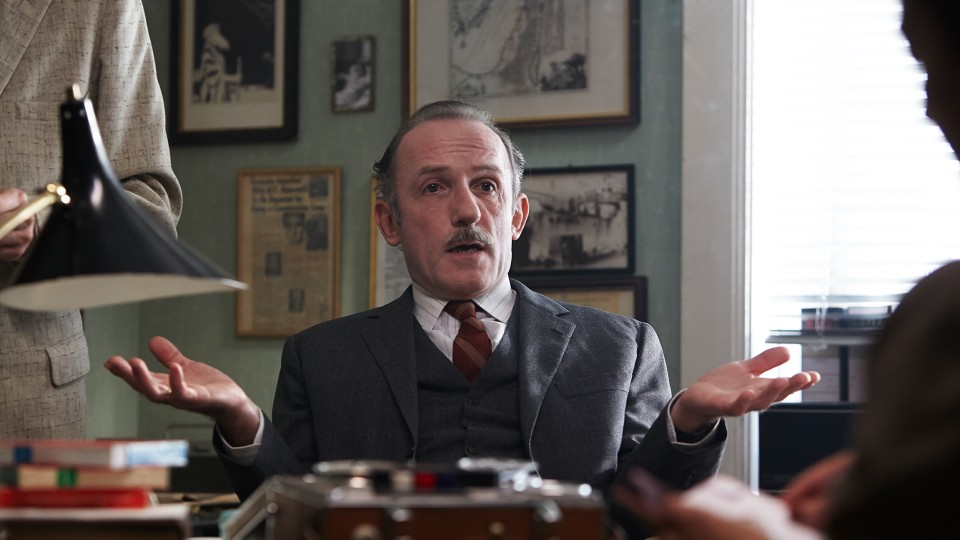 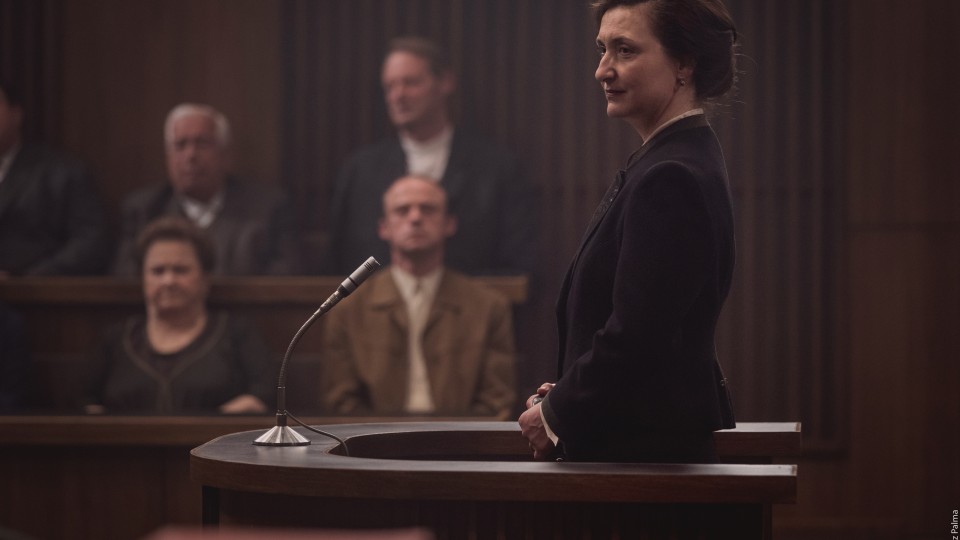 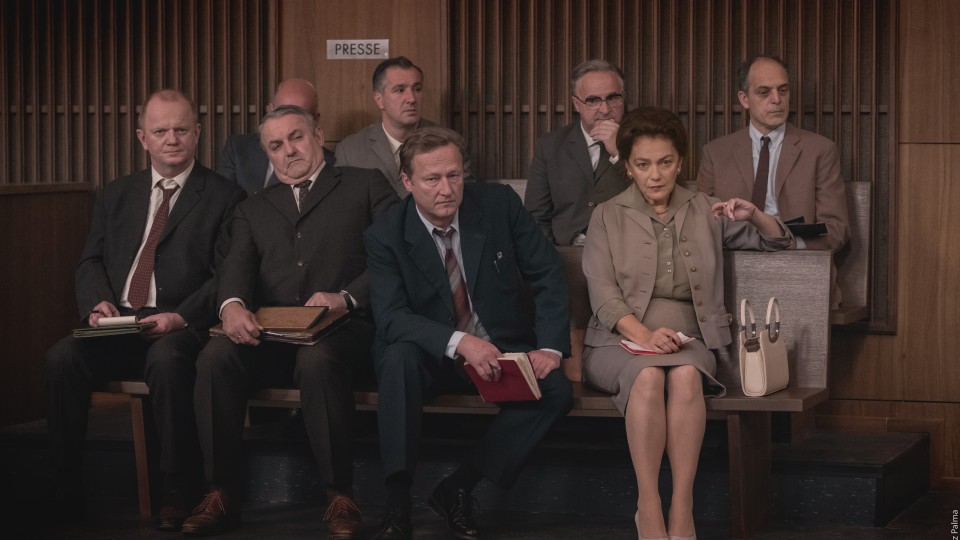 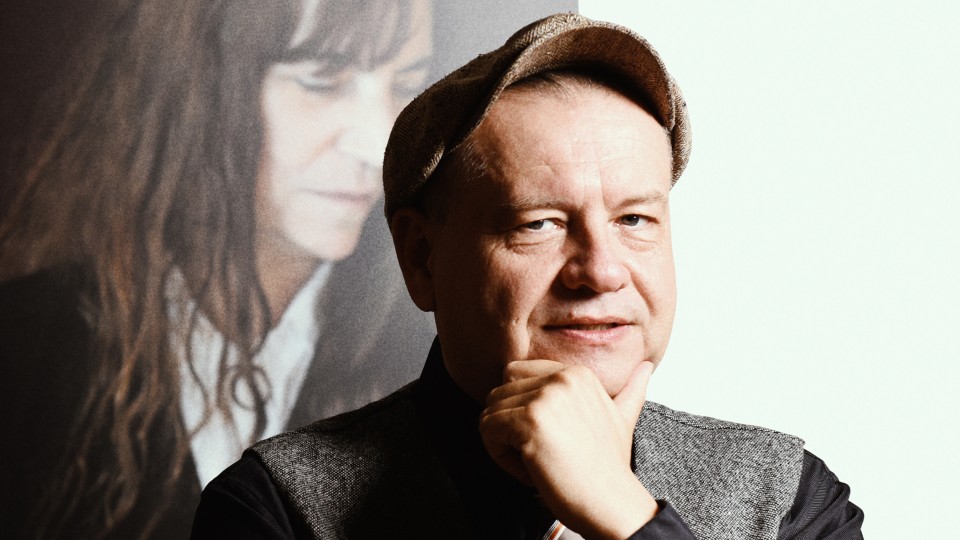 «And then when they got to Graz they were called liars. The fact that their immense suffering was dismissed as a fabrication, and that the mass murderer was set free, meant those people were traumatised all over again.»