All
you can
watch
Cycling from Austria to Australia. It sounds like the sort of thing two harden triathletes might try, to set themselves a new challenge. But Andreas Buciuman and Dominik Bochis, two averagely fit guys, wanted to see if they could handle an adventure taking them to the other side of the world. The bicycle seemed ideal: fast enough to manage the distance in about a year but slow enough to meet the world on the way. Austria2Australia documents a cycling quest across three continents, a story of daring to dream and having the determination to believe in it.


The desire to escape from everyday life and embark upon a pioneering enterprise with a friend could take a variety of forms. How did you decide on the route, and what was behind the choice of bicycle as a means of transport?

ANDREAS BUCIUMAN: The advantage of the bicycle is that you get from A to B quickly enough to cover a significant distance, while it’s slow enough to proceed at a leisurely pace, appreciate the countryside and meet people. In a car you’re trapped in a metal cage, while on a bike you have a direct connection to your surroundings. At the same time we wanted to experience an adventure and cope with the physical challenge. We wanted to know whether we, as non-athletic everyday guys who work in the IT sector and spend the whole day sitting in front of a computer, could succeed in cycling from Austria to Australia without any training or large-scale preparations. As for choosing the route: at some point I picked up a map and looked for the place that seemed furthest away. Somewhere in the bottom right-hand corner I discovered Australia. I drew a line, making sure that it went through countries that weren’t too choosy about granting people visas. And that was it. Which is how we came to cycle through countries like Kazakhstan, Kyrgyzstan, Pakistan and India.


You set off on your journey in the spring of 2017. How much time elapsed between coming up with what seemed like a crazy idea and actually leaving? How does a decision like that take hold of you?

DOMINIK BOCHIS: You don’t realize you’ve set yourself a huge task until the day you actually set off. We spent two years on planning, and we really took the time to do it properly. The main things were settling the visa issues and estimating how much time we could spend in a country if we wanted to make the whole journey in a year. Then we started thinking about the bare minimum in terms of things we would take. Even on the very day we set off I still had the feeling I was going through a sort of everyday routine, the way you might when you commute to work. It wasn’t until the evening that it became brutally apparent we weren’t going back home, and I realised this was something different.


Did the visa situation, which often meant your time was strictly limited, put a huge strain on the schedule?

ANDREAS BUCIUMAN: Definitely. You certainly shouldn’t imagine we were just taking things easy and spending lots of time relaxing on beaches. To take one concrete example: in Russia we had to cover 2500 km, and we had a 30-day visa to do it in. We rode about a hundred kilometers each day, and we only had five days for rest and emergencies. In contrast, in Kyrgyzstan we had 60 days for just 1000 km. In that sense we decided how long we could stay in each country in accordance with the conditions of the visas.


Was it practicable to maintain a balance between the physical challenge and experiencing the world, between effort and pleasure?

DOMINIK BOCHIS: We felt it was particularly important to make contact with the people around us. After all, that’s why we chose the bicycle as a means of transport. And we agreed in advance that we would always accept invitations to people’s homes, as long as the conditions of our visas gave us enough time. We were very keen to get an insight into the way people live, to see how their world differed from ours. And we definitely took advantage of that opportunity.


Was the idea of recording your adventure on film, so that it could be shown on screen at a later date, present from a very early stage?

ANDREAS BUCIUMAN: As soon as we had the idea of making the journey, we also started thinking about making a film of it. We’d seen one or two films about people travelling around the world on bikes, usually on exciting routes, but we realized our route took us through countries that hadn’t featured in that kind of documentary before. We told ourselves that even as complete amateurs, in front of the camera as well as behind it, we might as well try to capture experiences. We were able to get professional help from Josef Aichholzer. We wanted to make a film from the footage we shot, but it was never really certain that it would work out. When it did, it was a nice surprise.


What technical equipment did you take with you on the journey?

DOMINIK BOCHIS: We had two commercial hand cameras for amateurs that were easy to operate. 4K was a technical requirement for cinema. On top of that there was a Gopro and a drone. It doesn’t sound much, but altogether – cameras, batteries, hard disk, charging cable – it meant 10 kg of luggage.


What does it mean if on top of the actual adventure – which is in itself a huge challenge – there is the additional factor of having to film and record what you’re experiencing at that moment?

DOMINIK BOCHIS: It was a huge task: getting on the bike every day, finding some accommodation or a place to sleep, arranging food and drink, and on top of that having to decide what was interesting enough for us to film. It was difficult, particularly at the beginning. And that’s one reason why we have so little material from the start of the journey. The first material that could actually be used comes from Russia, after we’d already been travelling for a month or two. Gradually we got into it, so you would reach for the camera without thinking and film situations that could be of interest. It was very difficult for me, and for Andi. At first we would stand in front of the camera and say something to it, completely stilted. But while we were travelling Josef Aichholzer kept on encouraging us, telling us it would get better as the journey progressed. He was completely right, and he believed in us: he motivated us.


It seems as though there was a very difficult moment in Australia that is possibly also part of the “story”? Did you shorten the route at that point? When you are in the middle of an undertaking like that, does the temptation arise just to give up?

DOMINIK BOCHIS: The impulse to give up didn’t strike us both at the same time. The thought that it would be really great to be back home struck Andi slightly earlier and me a bit later. For me it was after four or five months, when my brother brought us passports with new visas for Kyrgyzstan. When he got back on the plane to fly home there was the painful sensation that I wouldn’t see him again for several months. From that point on the feeling came back again and again. But we didn’t shorten the route in Australia; we stuck to it all the way to Brisbane, as we had planned. The reason why the route ended up shorter than intended was that we weren’t allowed to travel to Myanmar, for political reasons. That meant we had to fly over the country, so we cut 5000 km from the journey to Thailand. We battled our way through Australia, apart from one short section.


How much time did you spend on editing the material after you got back?

ANDREAS BUCIUMAN: We wanted to release the film as quickly as possible. We sat down at the editing desk very quickly, but once again as complete amateurs. We had about 150 hours of material from the various cameras. Then the difficult part was not only finding interesting clips from the whole footage but also developing the famous “story”. It took 2 ½ years before everybody involved was satisfied. Up to that point there were a lot of versions that showed wonderful countryside but still didn’t tell a story.

DOMINIK BOCHIS: A month after we returned we went back to our full-time jobs, and from then on working on the film had to be in our spare time. We always had the feeling we wanted to make a film. But for a long time that was accompanied by doubts about whether we’d really end up with one. The fact that we were complete amateurs didn’t make it easy to put our case to financiers either. By the end of 2019 the first funding was on board, and then everything really got moving, and we could aim for a final result.


Three years later, what conclusions do you draw when you look back on an experience like that?

ANDREAS BUCIUMAN: One realization that struck us was that the world isn’t as a bad a place as you might think from the news. The other was how quickly freedom can disappear again – as the current situation shows. Today you can’t travel by plane or on a bicycle. In that sense we’re grateful that we happened to make the journey at the right time. And we also discovered how difficult it is to make a film.

DOMINIK BOCHIS: We made the firm decision that we didn’t want to preach to other people about our experiences. Embarking on that adventure was the right thing for us. We felt the desire to do it, and we were very motivated to put the idea into practice. We didn’t want to look back at some point in the future and regret having missed the opportunity. I’m glad I can look back on what we did, but I wouldn’t do it again. We also came to realize at the very start that we weren’t athletes or cyclists. It was very tiring. We collected some very fine memories, and then that was that. If you have a dream and you really want to go through with it, you should do everything you can to achieve that goal. 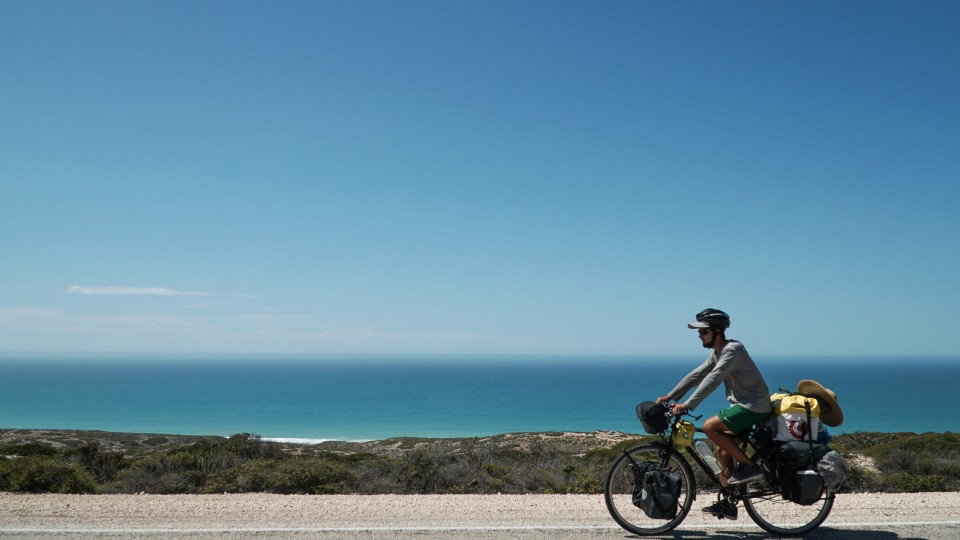 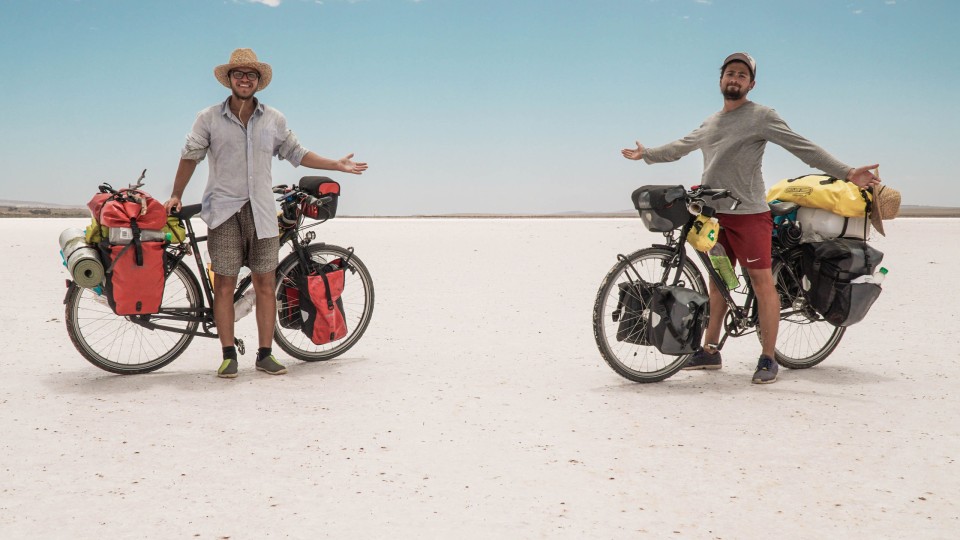 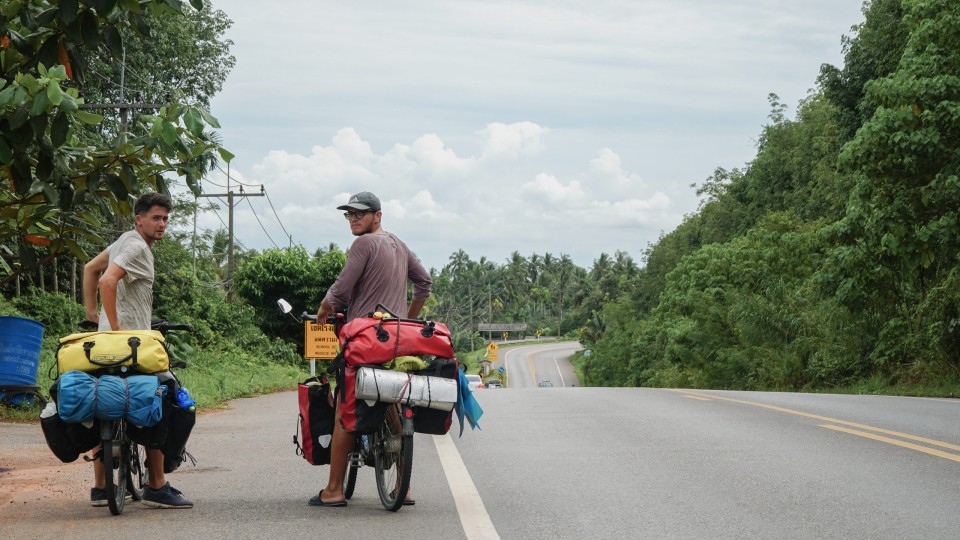 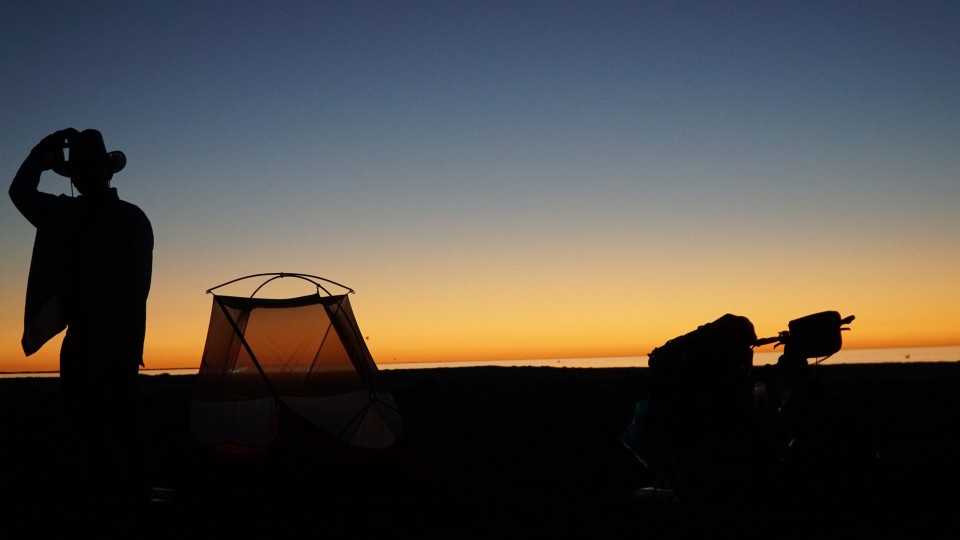 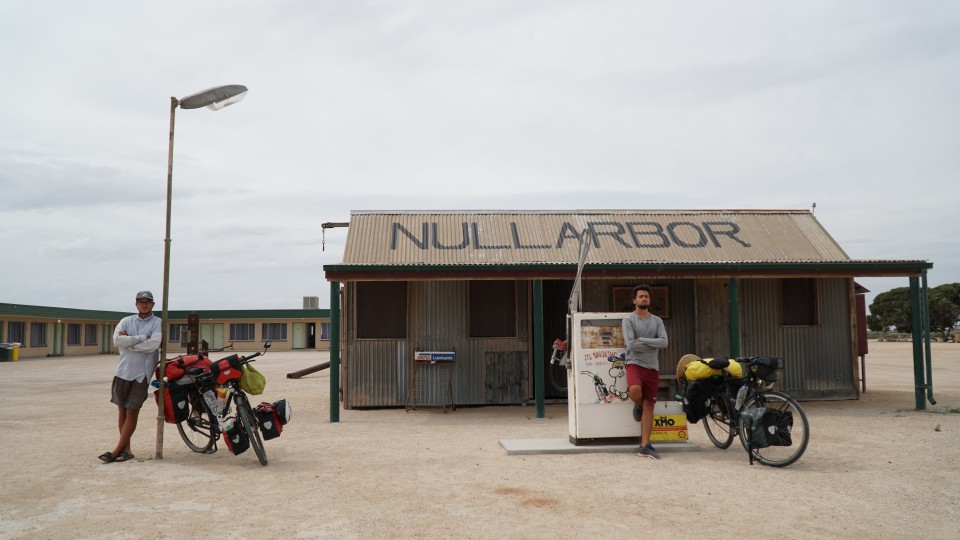