All
you can
watch
At a time when walls, fears and cutbacks are narrowing the horizon, Christian Tod’s Free Lunch Society reflects on the concept of Unconditional Basic Income, providing a refreshing and illuminating view of the present as a vast realm of unthought-of opportunities.

You're a filmmaker and an economist. How long have you been focusing on models which rethink our economic system and the existing social structure?

CHRISTIAN TOD: It definitely began before I started studying economics. The extract from Star Trek at the beginning of the film is more than a casual reference. Seeing a science fiction series like Star Trek – Next Generation when I was young really was a defining influence. It presents a society where there’s no money, where people only work because they really want to, and where they are driven by human curiosity. When I was coming to the end of my studies of economics and needed a subject for a thesis, the vision of an unconditional basic income was already in the back of my mind. I've been working intensely on this concept since 2006.


How did you manage to make the change from an academic to a filmic focus?

CHRISTIAN TOD: It wasn't easy to find a structure for the film, because I was very strongly influenced by my mode of work as an academic. In filmic terms, that would quickly become boring, though, so I had to find a way to access various thematic areas. The film takes as its point of departure an ethical justification of basic income founded on the premise that natural resources belong to us all. Then I looked round for interesting individuals who had given some thought to the subject, avoiding as far as possible providing a platform for economists as experts on the basic income idea.


The film begins with images of planet Earth from outer space and a Star Trek quote about the 24th century. It is that a metaphor for the detachment and broad perspective required for such a far-reaching experiment? Or more of a suggestion that a utopian approach underpins the idea?

CHRISTIAN TOD: I'd say both of those interpretations are valid to a certain extent. It was always clear that I would start with Star Trek. Then the images of planet Earth arose in a quite natural way, although pictures of Earth from outer space no longer make such a big impression. It's always good to take a step backwards and escape from normality.


Interestingly enough, the experiments and discussions about unconditional basic income seem to have arisen in societies which are considered particularly wealthy, performance-oriented and capitalist. I'm thinking of the USA and Switzerland. How do you explain that?

CHRISTIAN TOD: Of course there was also Namibia, where there is a very dramatic gap between rich and poor social classes. At the moment a lot of experiments are taking place in developing countries. The first experiment was held in the USA in the 1960s. At that time unconditional basic income was proposed by various individuals, from Martin Luther King to Lyndon B. Johnson, so the elite in Washington was very familiar with the idea, and it had a real chance of being introduced. As a result, the most expensive social experiment in history was launched, which hardly anybody knows about today. The question of who would finance basic income was never discussed in the USA. They were just about to put the first man on the moon, so money wasn't an issue. The concept of basic income was discussed from a position of strength, weighing up the advantages, not from the perspective of shortages, which is how it tends to be seen today. Traditional economics still talks about shortages, using images of a cake that has to be divided up. But in the digital age, where the marginal cost of manufacturing most products is virtually zero because they can be copied, we're really living once again in a period of abundance.


You interview a large number of interesting people from various generations who have given the subject a lot of thought. What do they have in common?

CHRISTIAN TOD: What unites all these people is their curiosity and the desire to improve the world, from the quite conservative libertarian Charles Murray to one of the youngest protagonists, Michael Bohmeyer. It's interesting that they are almost all business people: owners of technology companies, CEOs of large or small companies, people who can afford to think about making the world a better place. And that of course is one of the fundamental ideas behind basic income: that the freedom and security it provides will allow more people to think about ways of improving our world.


The film contains a large amount of TV footage, especially from the USA. How did you track this material down?

CHRISTIAN TOD: It was very difficult, because a lot of the material dates back to the 1960s in the USA, and it wasn't digitalised. I had to struggle through a huge number of catalogue sites on the Internet, reading summaries of film reels and then obtaining them from networks like NBC and ABC in the hope that there would be something we could use. In most cases we were the first people to express an interest in the material, and it was digitalised purely as a result of our enquiries.


You chose the title Free Lunch Society for your film, referring to a quote from Ronald Reagan. Was it very important to you that you should refer to this particular presidential era to highlight a radical change in attitudes?

CHRISTIAN TOD: Of course people immediately think of Reagan and his line: "There's no such thing as a free lunch". But the phrase is much older than that, and it's quite common in the USA. The science fiction author Robert Heinlein is said to have coined the expression in the 1950s or 60s, though it's also been attributed to Milton Friedman, who was a big fan of Reagan's and vice versa. The Reagan era is still extremely significant, especially because it was at that time that the big brainwash took place in theoretical economics. Ever since then people have believed in mathematical models of economics which have nothing to do with reality but are still employed by politicians in order to justify cutbacks in the social sector. You only have to think of Greece and the EU. The measures taken in that situation are based on models which don't have anything to do with reality, and that demonstrates just how influential the Reagan era still is. There's also a large group of Nobel prize-winners who still invoke Milton Friedman. It's like theoretical physics and the string theory, where the experts just focus on making calculations even though the assumptions are unrealistic and there's no way of testing the hypotheses. There is something sect-like about it. The difference between theoretical physics and economic theory is that when economics gets things wrong, billions of people suffer.


How would it be possible for concepts such as basic income to filter through from the ivory tower of theory into public consciousness and political discourse?

CHRISTIAN TOD: The idea of basic income is quite compatible with classical models of economics. What makes it so interesting even for conservative economics is that it's simple and elegant. That's the sort of thing mathematicians love. I don't see any big contradiction with economic theory from the 19th and 20th century. There is, however, a powerful conflict with a moral approach that can also be found in the Bible: "Anybody who doesn't work shouldn't eat either." It’s an approach anchored in the Calvinist work ethic. In fact the problem goes right back to the Neolithic revolution, when human beings settled in one place and decided they had the right to claim one piece of land as their own. Due to the achievements of technology, it is now once again possible that over-abundance will become a characteristic of our society. That's what makes the concept of basic income so topical at the moment, because it's always discussed in parallel with digitalisation and automation.


How did you strike a balance between archive footage and new interview material when you were editing the film?

CHRISTIAN TOD: I had a very detailed screenplay, and I was able to apply it apart from small modifications. I certainly didn't want too many talking heads. What might not come across quite so clearly in the completed film are elements which strike me as extremely important such as the countryside, the Earth, natural resources. I had wanted these aspects to be more prominent, but then the narrative would have suffered. The idea was that the structure would be simplified, making it completely subordinate to the subject. My primary aim was to create a compact narrative so the subject would be communicated in a sustainable way. So the audience would leave the cinema feeling that the idea was clear and present for them.


The music must certainly have been chosen on that basis?

CHRISTIAN TOD: It was clear from the outset that the song This Land is Your Land would be a central pillar of the music, especially the verses which aren’t so well-known, about borders and overcoming borders. For example, one verse is: "As I went walking I saw a sign there and on the sign it said No Trespassing. But on the other side it didn't say nothing, that side was made for you and me." My musical concept for the film was to focus everything on that song. The film is divided into sections, with some headings inspired by the song. At the end, over the closing credits, the critical and less well-known verses are played. The question is whether people will stay in their seats for long enough to listen to the end of the song.


Free Lunch Society was completed in the fall of 2016. Has the fact that Donald Trump was elected the new President of the USA dampened the optimistic tone of the film somewhat?

CHRISTIAN TOD: Dampened, no. We're living in a very interesting period when everything has become possible. That makes me extremely optimistic. I find it staggering that somebody like Donald Trump has been elected US president, but at the same time it shows that the system can be changed, even in extreme directions. As a good lawyer, Obama operated within the spirit of the constitution, like the majority of our European politicians. Trump has completely broken out of this constitutional concept. I think Trump will prove to be a brief episode. The question is what's going to come next. The positive thing I can see in all this is the realisation that change is possible. The example we have now may be negative, but the next one will be positive. If Bernie Sanders had become president, that would also have been a revolution. The choice came down to a knife edge, and in future that will probably always be the case: it will always be possible for things to tip in one direction or the opposite. Things are definitely going to get more extreme. 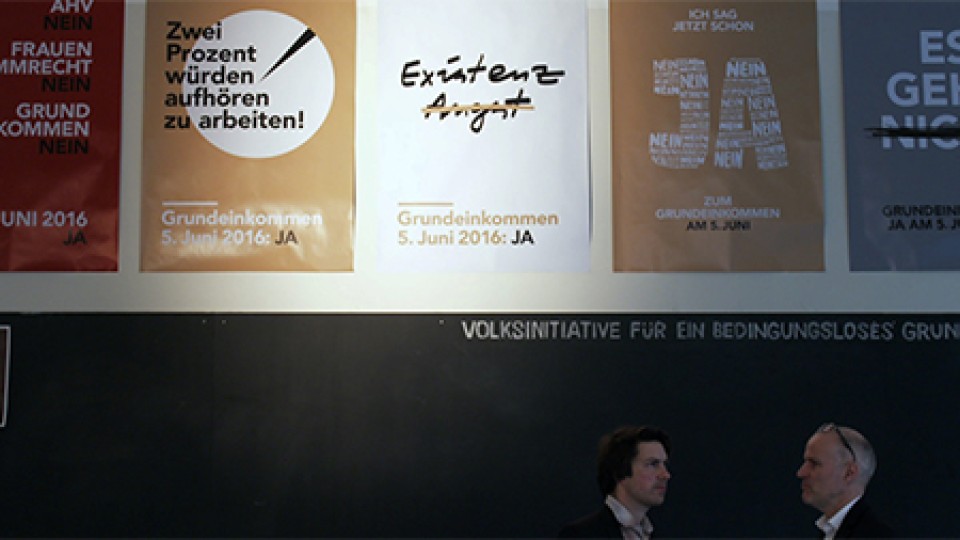 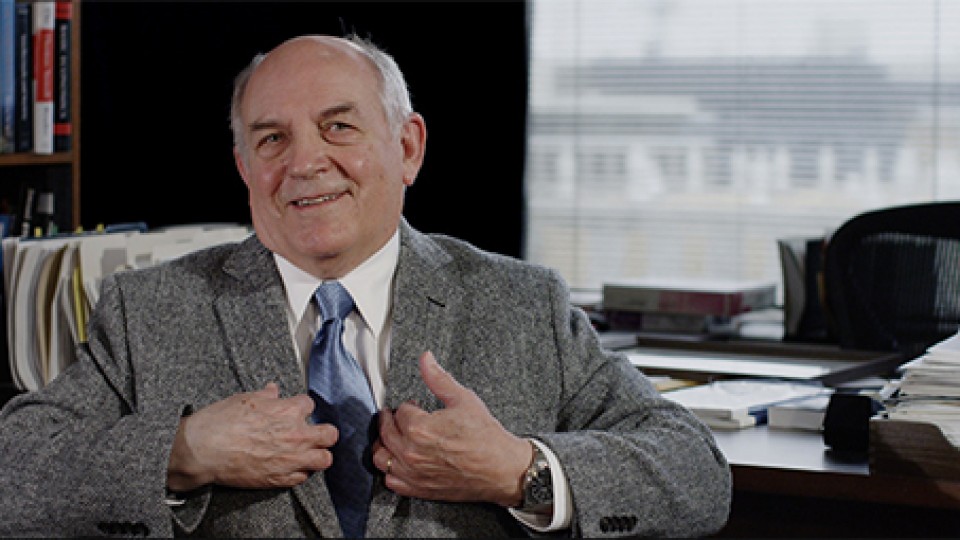 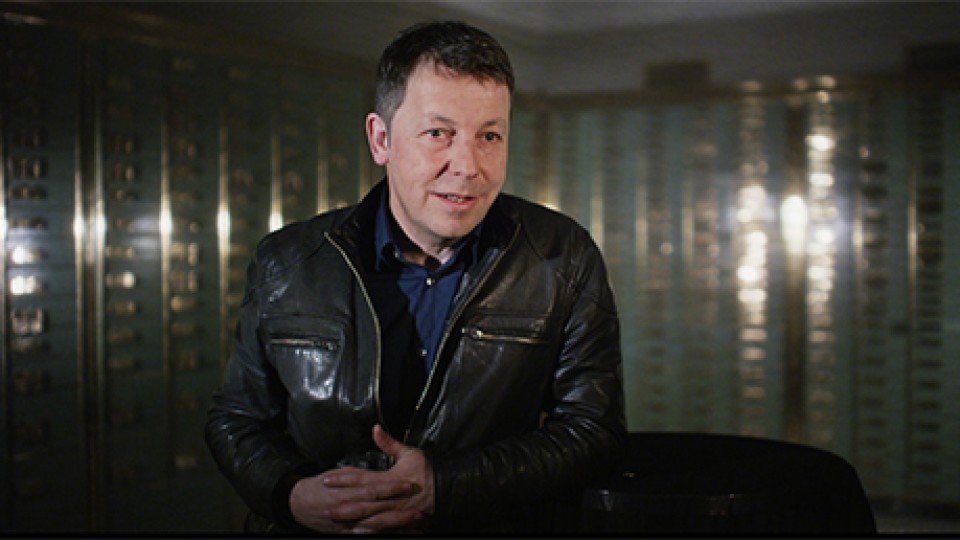 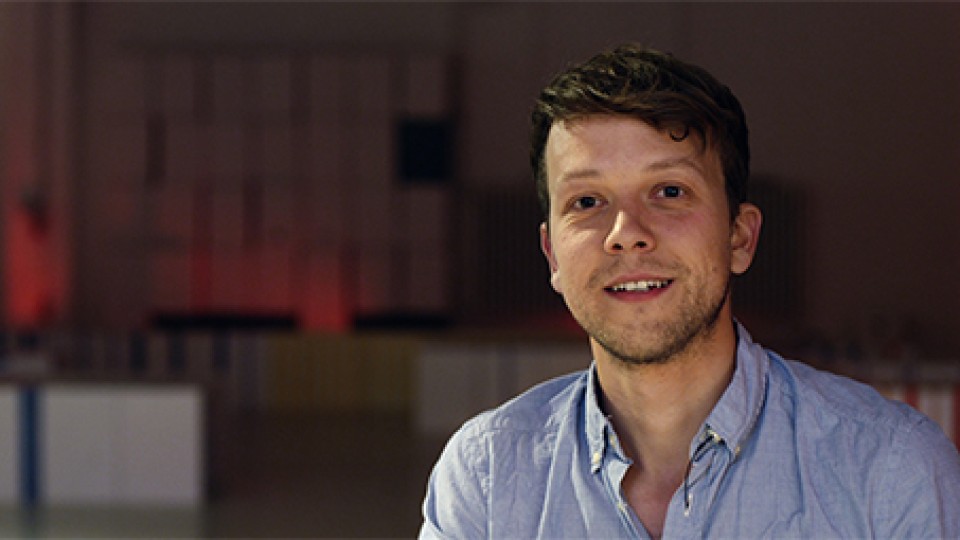 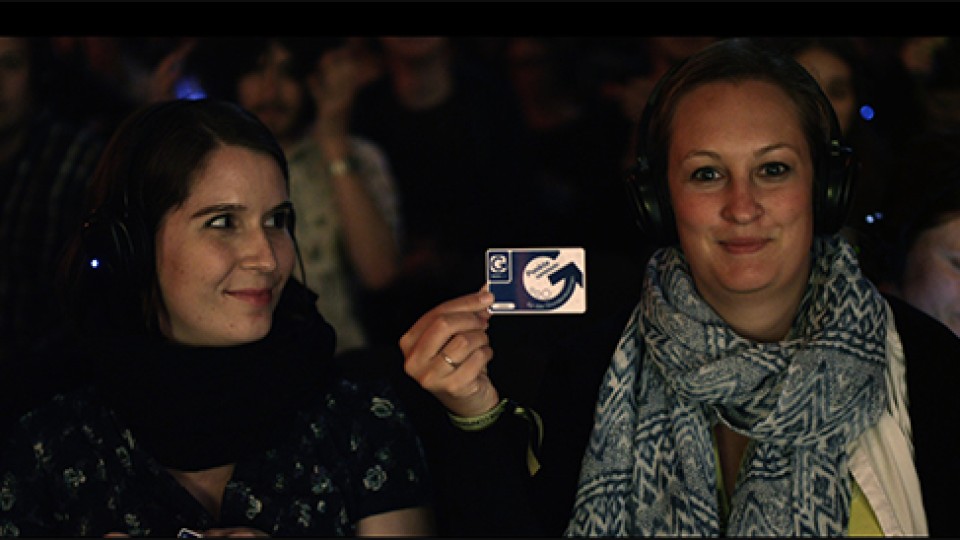 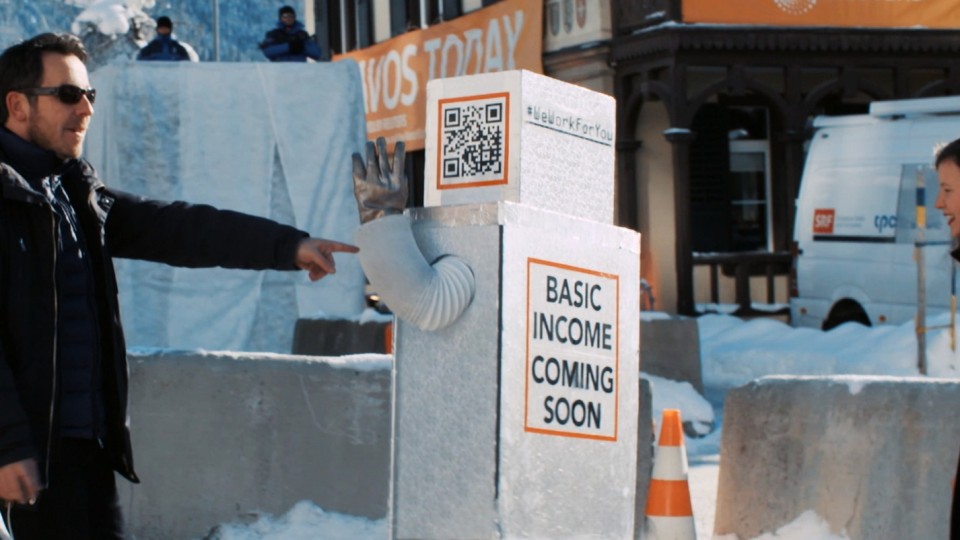 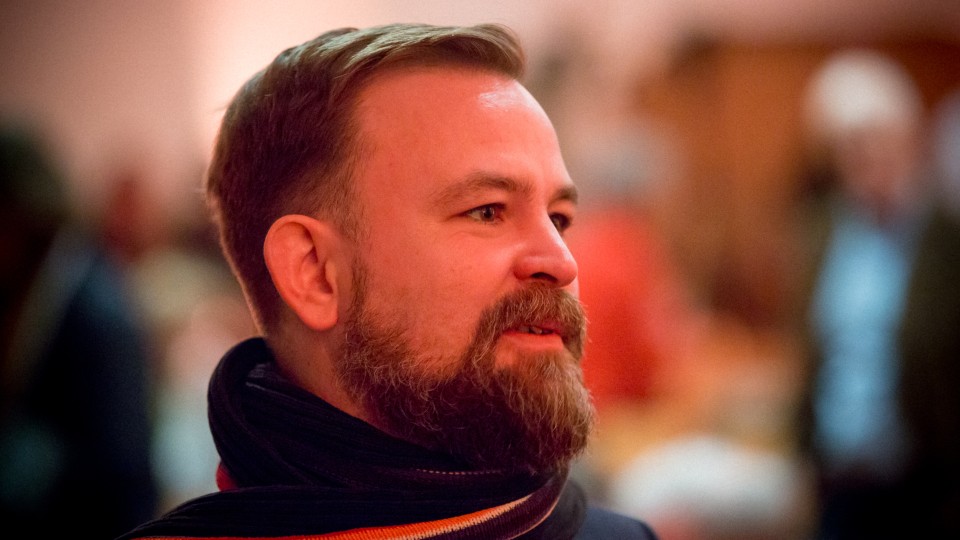 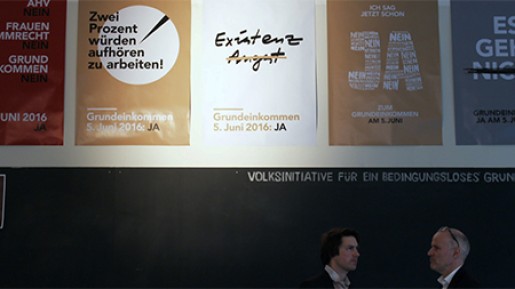 «The first experiment was held in the USA in the 1960s. At that time  the elite in Washington was very familiar with the idea of an unconditional basic income, and it had a real chance of being introduced.»