All
you can
watch
A single location dominates Ruth Mader’s new film SERVIAM – I WILL SERVE: a Catholic girls’ boarding school for the daughters of wealthy families. The film is set in the 1980s, and money seems to count more than faith in this atmosphere, where girls-only schools were as natural a part of life as landline phones. One of the sisters takes her mission seriously and attempts to guide her pupils on a spiritual path – not necessarily to the benefit of their mental state. Ruth Mader filmed her thriller in association with epo-film during the 2021 summer vacation and has now begun postproduction work.


Ruth Mader’s new film SERVIAM – I WILL SERVE has a Latin title and confronts the questions of faith and God. The interesting thing about SERVIAM – I WILL SERVE is that it couples spiritual issues with the thriller genre and is set in a milieu dominated by children. That sounds like a very fascinating combination. What was it that attracted you to it?

DIETER POCHLATKO: We were attracted by the extremely precise script and also by Ruth Mader herself, as an interesting director. She’s a fine creative personality; I have great respect for her and couldn’t put it any other way. One of the attractions was that the story is set in a very reduced space. We basically have only one location – a convent school – and that constitutes one of the challenges.

JAKOB POCHLATKO: What also appealed to me a lot was that we are dealing with a radical form of faith without doing so in a manner that is weighed down by clichés. Instead, we are depicting an extreme manifestation of Catholicism. Another interesting feature is this portrait of a small parallel society, that of a boarding school for girls whose wealthy parents have more or less shunted them off to this private school.

DIETER POCHLATKO: There are a great many social issues involved, but they don’t overload the film. Maria Dragus takes the leading role as a sister who strives to promote the young girls’ faith, which naturally has little effect – with the exception of one girl who devotes herself to religious fervour with every means at her disposal.


What is the thriller element in the story of SERVIAM – I WILL SERVE?

JAKOB POCHLATKO: An incident takes place in the boarding school which begins a spiral that really draws you in when you read the screenplay, and hopefully it will have the same effect on the audience of the film. The story builds up suspense in the same way as a classic thriller. Ruth Mader’s interesting premise is that instead of associating the eerie element with darkness, as is customary, she wants to depict it in very clear, light images. In artistic terms that’s a hugely appealing approach.


So for the main location you had to find a school building which also offered the appropriate lighting conditions.

JAKOB POCHLATKO: The striking feature of St Ursula’s boarding school in Vienna is that Ruth Mader used to be a pupil there, and when she was writing the screenplay she had that particular school in mind. It was important to us, in the time at our disposal, to have the majority of the locations in one place. And it was a fantastic achievement on the part of the director, production designer and DOP to fuse together the footage shot in St Ursula’s, a 1970s school building, and the sequences we filmed in Zwettl Abbey in Lower Austria. For example, St Ursula’s has a huge sports ground where we could film the end of year party for the parents, with 200 extras in sports uniforms. There are some very opulent elements, although in general the film makes a more reduced impression.


It seems as though having 200 child extras is only one element of the fundamental focus of the film on children. There are also major and supporting parts for the pupils. How would you describe the casting of the children’s roles?

DIETER POCHLATKO: Casting the pupils was huge challenge, partly because Ruth Mader had very precise ideas about it. In her view, children from wealthy families look different to children from modest backgrounds. It was very important to her that these nuances should come across properly. The 12-year-old girls have very large roles here, and we were extremely fortunate that the girls playing these important characters – although they are of course non-professionals – acted incredibly well.

JAKOB POCHLATKO: The casting of the children is what will make or break this film. It was really exhausting for them to film so intensively over such a long period. And it was impossible to know in advance how the children would cope with these conditions. In fact they threw themselves into the task and did an incredibly good job. Ruth is very precise in her work as a director, so she often repeats a scene until she gets exactly what she wants. She is uncompromising in that sense. We had three large roles for children, but because of the shared rooms there were also substantial supporting roles, and as we mentioned, there were about 200 extras. After all, we had to portray a proper working school, and you can’t do that with empty corridors.


In Maria Dragus und Petra Morzé you also have two great character actresses. What roles do they take?

DIETER POCHLATKO: There are two components in the film: the school itself and the rest of the convent. Maria Dragus plays the key figure: she is the young headmistress of the school who is in charge of teaching and tries to promote the faith of the young pupils. Of course most of them just laugh at this, but two of them are deeply devout young people. Maria Dragus is fantastic: her acting is completely dialed back – that’s her secret. Petra Morzé does a wonderful job as the director of the school, with a very cool, distant approach. There are also older nuns in the convent who maintain the religious institution with their singing and their masses. Incidentally, the singing is very beautiful, excellently chosen, and I personally found it extremely moving.

JAKOB POCHLATKO: The character played by Petra Morzé is also very interesting in that she portrays the more worldly element, which after all exists in the Church as well. That’s done in a very subtle, intelligent manner.


The film is set in the 1980s. To what extent does the look of the film move between timelessness and the atmosphere and worldview of the 80s? What is conveyed from that period?

DIETER POCHLATKO: Catholic severity and less liberal attitudes in comparison with today, where the church has opened up in the course of time. Ruth Mader wanted to anchor the story in this period because she says a school model like that no longer exists today.

JAKOB POCHLATKO: These days almost all schools – private as well as state – are coeducational. In that sense it was a question of plausibility for Ruth. And by setting the film in the 1980s we could also locate the school very precisely in a milieu: it was in that period that a certain new wealthy class established itself.


Ruth Mader not only directs the film on the basis of the screenplay that she wrote with Martin Leidenfrost. As somebody who knows the material very well, she is also a producer of the film. Which aspects of the project did she focus on in her capacity as producer?

DIETER POCHLATKO: With her directness and resolve, she is invincible when it comes to raising finance. While we were filming she paid extremely close attention to the weekly budget and responded to that. But there was never in fact any danger that things would get out of control. She was far too well prepared.

JAKOB POCHLATKO: In her function as producer alone Ruth Mader was quite magnificent. It was impressive how she pulled together the money. And she doesn’t think it beneath her to work tirelessly on sponsorship, even when the sums involved are relatively small. In her case, she was credited as a producer not because she insisted on it but because she was absolutely entitled to it. She was involved in every discussion, and she’s the kind of person you can talk to as an equal about purely technical production matters. She is the first person to look for a solution when something is too expensive or doesn’t fit with the shooting schedule. Just great.

DIETER POCHLATKO: I’ve seldom encountered such a straightforward director who is also a producer.


SERVIAM – I WILL SERVE is the first time Ruth Mader has worked with epo-film. What was your experience of her as director, especially in connection with all the children in the cast?

DIETER POCHLATKO: Strict. Very strict. Relentless, but not in a negative way: more like demanding.

JAKOB POCHLATKO: Ruth knew exactly what she wanted. In her head she had worked out this film in detail years ago, and she is uncompromising in requiring that precision from the cast, whether it’s Petra Morzé or a 12-year-old girl who is facing the camera for the first time. If she doesn’t like a scene, it has to be shot again.

DIETER POCHLATKO: But I’d like to add something important here. Everyone in the team felt more comfortable on this project than they had done for a long time. Even the drivers came up to me afterwards and said it was the best shoot they’d experienced. Ruth knew how to create an outstanding atmosphere among the team.

JAKOB POCHLATKO: That fair approach was also positive in association with the children. Ruth is very direct and immediately gives feedback if she likes something, just as she does if she doesn’t like something. Children in particular appreciate that.


All in all it sounds like a very happy, constructive project.

DIETER POCHLATKO: Absolutely. Ruth brought it in exactly on budget, which is the way she is. We had excess costs related to Covid, but they approved and weren’t very high. In that sense both of us are prepared to work on a film with her again at any time.

JAKOB POCHLATKO: Ruth is one of the most perceptive and most amusing people in the industry here. Working with her is a challenge, because she demands a great deal from herself and from others, but it was a great experience. She’s a cool cookie. It really was fun. 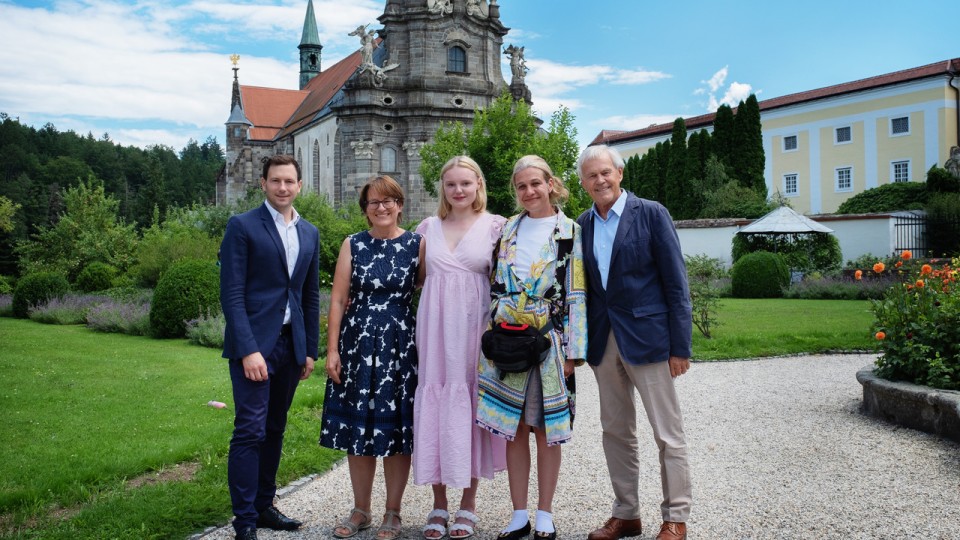 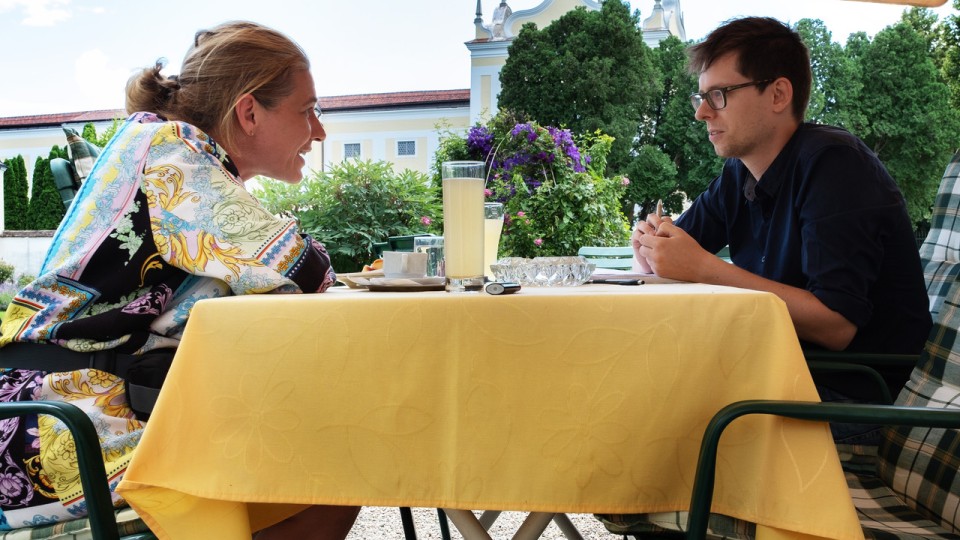 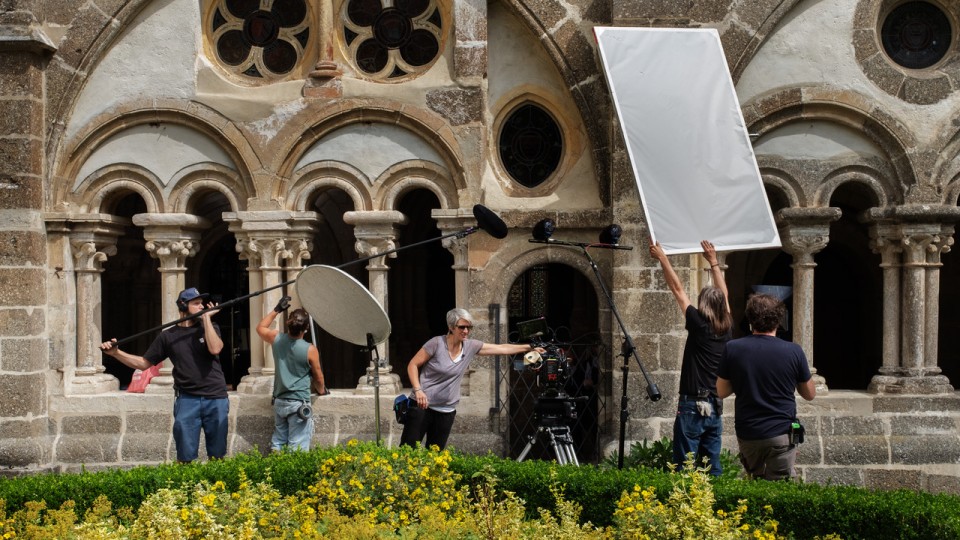