All
you can
watch
Wanda's world seems to be in order. She is a surgeon with a patchwork family, lives with a partner who loves her and smoothly shares the task of bringing up their daughter Nina with her ex-husband. But one day Nina turns up, her head wrapped in a scarf, declaring that she has converted to Islam. Wanda’s life, her entire moral concept based on tolerance and feminism, is shaken to the core. In her feature film debut What have we done to deserve this? Eva Spreitzhofer adopts a witty approach to the absurdities of a social debate which has recently become dominated by religious considerations.

What have we done to deserve this? is your first feature film, and as well as writing the screenplay you also directed. Did you feel alarmed by the fact that religious considerations have again become a topic of social debate and did this prompt you to make a film about it?

EVA SPREITZHOFER: Not just alarmed. A few years ago I was sitting with a group of other parents – our children were just going through puberty – and we were talking about what we felt was in store for us. Everyone recounted the worst things they could possibly imagine for their kids: drugs, pregnancy, dropping out of school, adopting extreme right-wing views… and I said the worst thing for me would be if my daughter suddenly appeared in front of me wearing a headscarf and told me she had become a religious fanatic. Everyone thought that was really funny, the idea that something like that could happen to a hard-core feminist and atheist. And that was the starting point. After all, the best thing for a comedy is if the worst thing the protagonist can imagine happens to her.
Of course I was also interested in the subject from a political and objective perspective. In 2016, when I started work on the project, things hadn't yet escalated so much, but I did have the impression that left-wing, progressive forces were allowing the right-wing to seize the agenda. I met women who wore headscarves and told me they would vote for the right-wing Freedom Party in the next election, because those people were the only ones who would carry through a ban on headscarves. I began to realize how extremely complex the whole situation is, and how difficult it is to compare the headscarf with other symbols, such as the cross or the kippah, because it is only applied to one sex. It's a method of sexualisation, it divides women into "pure" and "impure" women, it's a patriarchal instrument of suppression aimed at women. As a non-Muslim, an atheist and a feminist, that's my perspective, and I examined the subject from that point of view. I wanted people to experience a wide range of different perspectives which facilitate different view of things.


Did you consider the alternative of approaching the subject in a serious way rather than as a comedy?

EVA SPREITZHOFER: No, I never wanted to do that. Firstly, I love comedies, and I think it's a real pity that I hardly ever see a really funny film in the cinema. I love amusing dialogue, and I really like writing it. And secondly, the most appropriate way to treat the subject is in a comedy. It's far too complex to depict it in any other way. After all, it's absurd that we have to deal with the subject of religions again. We always thought we had passed through that stage. And it's also very interesting that the right-wing image of women is in principle the same as that of the Islamists: women should stay with the children. The secular right-wingers mount desperate attack on the “inner I” (the modern linguistic convention in written German to indicate gender inclusivity) so women don't appear in the language, while the others stick them in headscarves in an attempt to ensure they don't appear in public. Of course it's obvious that women who come from countries where they aren't even allowed to go swimming feel awkward at not being completely covered up. And everyone should be allowed to wear whatever they want in principle, of course. But when schools suddenly consider abolishing swimming lessons for girls who were born here, it's an incredible backlash. The whole attitude is that women are either respectable – if they cover their physical attributes by wearing burkinis – or sluts if they wear bikinis. And choosing not to support that view is a political issue, not an issue of individual freedom.


Is it easier or harder for you to create a comedy about such a sensitive subject as religion?

EVA SPREITZHOFER: It's definitely easier, because you can always go to the limit. Sometimes I started to wonder: "Can I put that in? Can I make fun of that?" And then I remembered Monty Python's Life of Brian, one of my favourite films – and I did it. Everything that features in my film exists in reality. For every single YouTube video in the film there is an original: we only made a new version or changed the original to avoid problems with rights. I was very careful not to infringe any codes. That was partly for the sake of accuracy, because I wanted everything to be correct – and in any case reality is always funnier than what you might think up yourself. And of course it was also because I wanted to survive. It was the first time in my career as a writer that I was confronted with the question of whether what I wrote could be dangerous. And that's a bad development.


You must have done a lot of research at the beginning?

EVA SPREITZHOFER: Definitely. I'm a research junkie, whether as an actor, writer or director. That's a wonderful aspect of our profession: submerging yourself in another world that you couldn't normally enter. It begins when I make contact with someone and start asking questions. It generally emerges quite quickly that everything is different from the way I had imagined it. No matter whether the subject is astronomy or Islam. That means you come up with new questions, and one contact puts you in touch with the next. I also read a lot and watched an incredible number of YouTube videos, and the deeper you go into the subject, the crazier it is. There are instructions for women who wear a niqab telling them how they can best eat and drink. There are answers to the question of whether a moustache is haram, and of course there are lots of discussion programs where all the possible positions are put forward in great detail. I felt it was important to talk not only to Alevis, who use the most liberal interpretation of Islam, but also to Sunni and Shi'ite Muslims. And I also thought it was crucial that none of the people who appear in the film should be depicted as figures of fun, because I didn't experience any of them that way. Everybody is personally convinced that they are contributing towards improving the world. If you look at it from that angle, it's much funnier when the opposites collide. That was also important for me in the patchwork family: conflicts don't arise because somebody is a bad character but because people are forced together whose interests and goals are just very different.


What is the future of this patchwork arrangement? Why did you decide on this form of family structure?

EVA SPREITZHOFER: Partly because I know that kind of family very well: that's the way I've always lived. And the small bourgeois family unit features often enough in the cinema. One film I like a lot is Serial (Bad) Weddings, where conflicts between people with different religions, prejudices and skin colours are seen from a very conservative, Catholic position. And in terms of the subject of this film, a liberal patchwork family is also funny because the people involved suddenly realize that openness and tolerance won't get them any further when they are confronted by other people who are not at all tolerant – who actually feel that tolerance is the worst thing of all. Patchwork situations are also very suitable for comedies because they’re so complicated.


From your perspective as a writer, what motivates Nina to do what she does?

EVA SPREITZHOFER: That's exactly the most crucial point: as an adult, you never know exactly why a teenager going through puberty does something. I wanted to explore the ramifications if the mother has no chance at all of working out why Nina does what she does. Why does my child smoke dope, why is my child so insolent, why has my child fallen in love with that idiot – you don't understand any of it. Of course there are many reasons involved, and one of them in this case is that the girl has nothing at all left, apart from this, if she wants to provoke her mother. She wants some boundaries, some structure, she wants to get to know herself, she wants to be accepted for her inner being and not judged according to her external appearance. During puberty people are preoccupied with issues of meaning and identity. But it was important for me to always tell the story from Wanda's perspective, not to venture too far into Nina's world.


In the end solidarity between women is the factor which offers some hope of redemption. Where and how do you see a way out of this religion-determined controversial issue for society and family life?

EVA SPREITZHOFER: Solidarity, education, feminism: essentially that's the recipe for everything. I reject the argument that we should leave the question of headscarves to Muslims. If women and girls creep through the streets like ghosts in shrouds while their husbands and sons stroll along in short pants, it's not a question of free choice of clothing. There are certain issues where an open society must step in and indicate clearly where it stands. When we filmed the scene where Wanda and Harold are wearing niqabs, it was so obvious that the whole point is to make someone’s personality invisible; the only way I could differentiate between them was by the shoes. And the argument about it being voluntary is complete nonsense. If a girl is told her parents will go to hell unless she wears a headscarf, then is she really choosing to wear one voluntarily? And every girl, every woman should have the right to dress like that – but they should also experience how it feels without one, how it feels to be like everyone else, in school for example. Children's rights must definitely have priority over religious rights.


What kind of audience do you hope for?

EVA SPREITZHOFER: As big as possible of course, and a varied audience. I wanted to make a film where you can laugh and cry, and talk about it afterwards. We had a test screening where the audience was roaring with laughter, and that was wonderful. Afterwards they had to fill in a questionnaire, and somebody wrote: "You don't expect a film like this from Austria. It feels like a French comedy." That was very satisfying. That was exactly what I wanted. 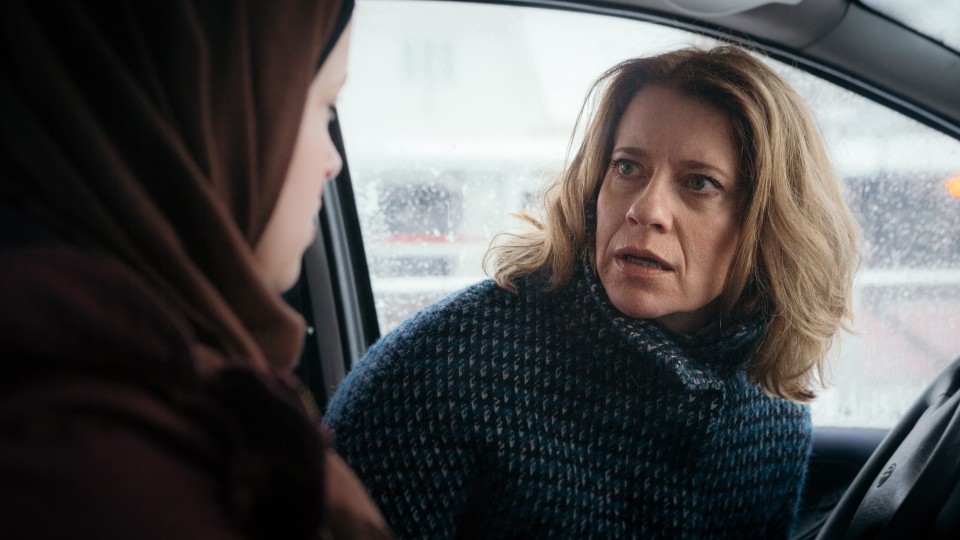 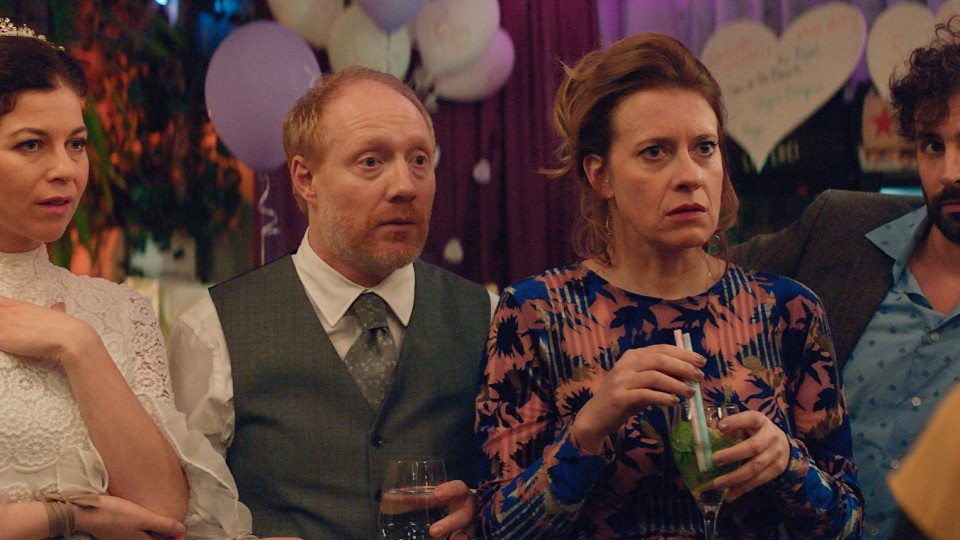 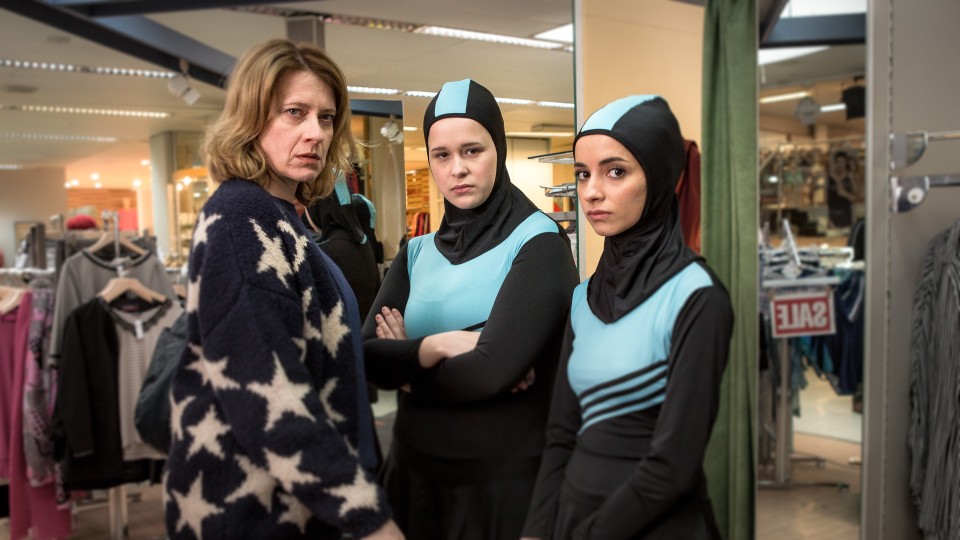 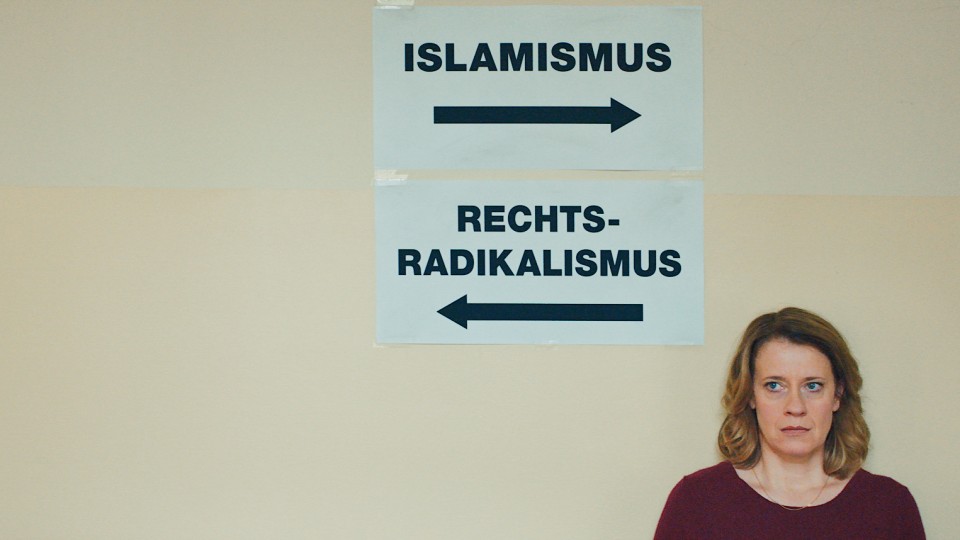 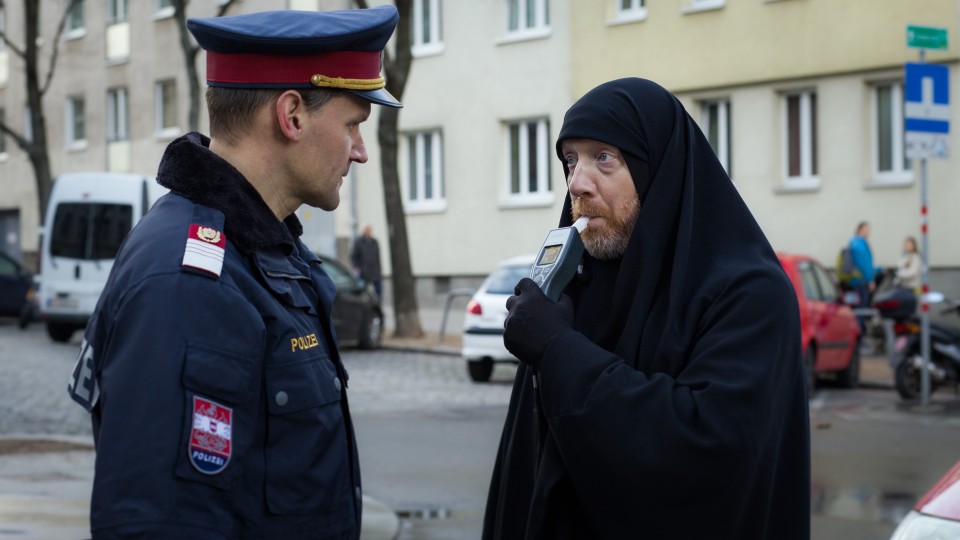 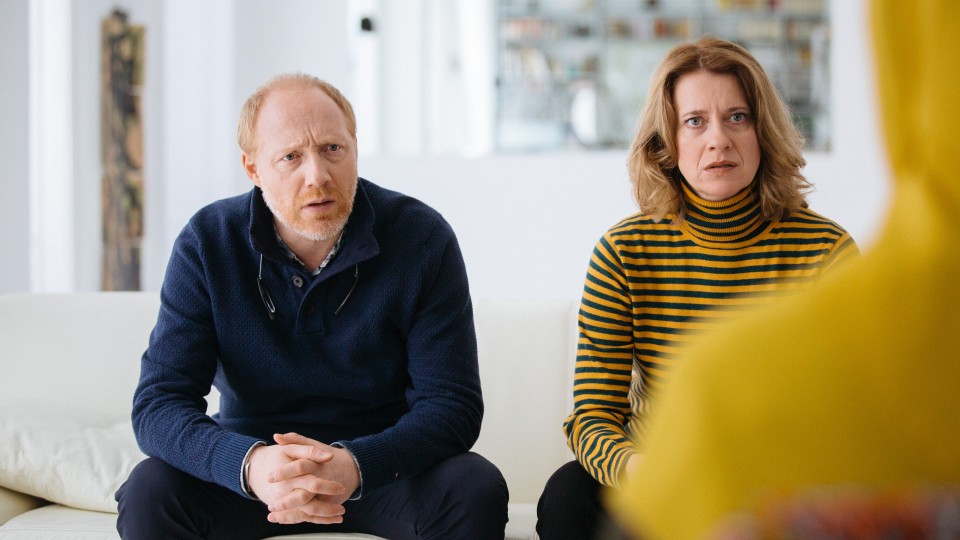 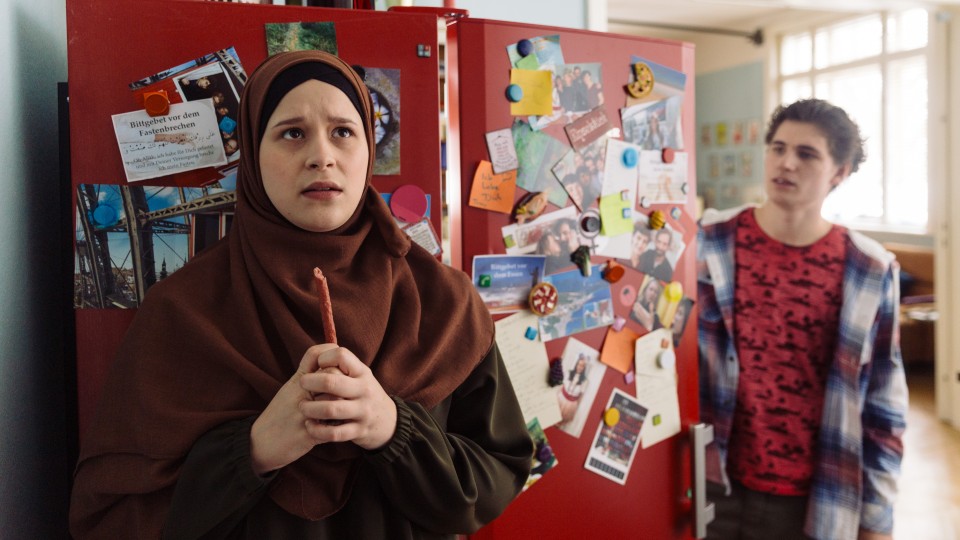 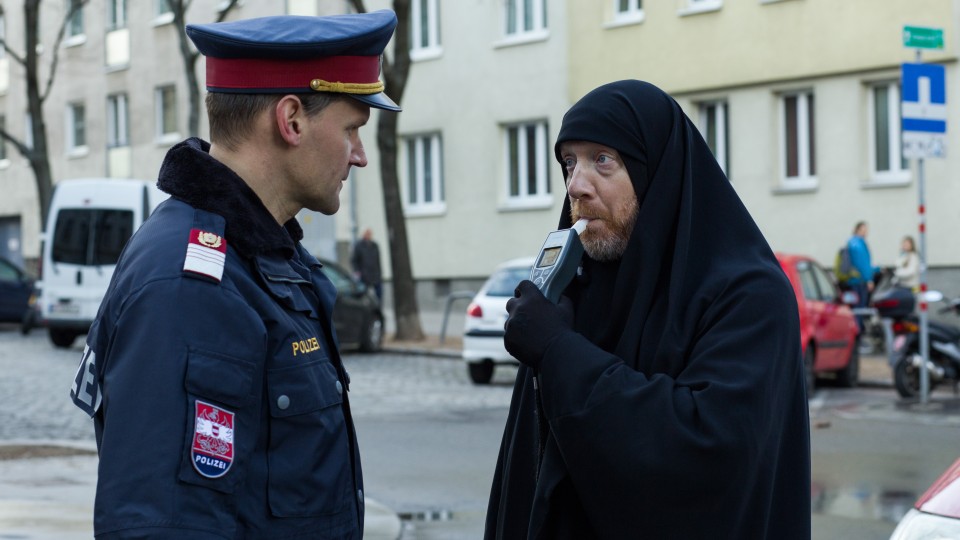 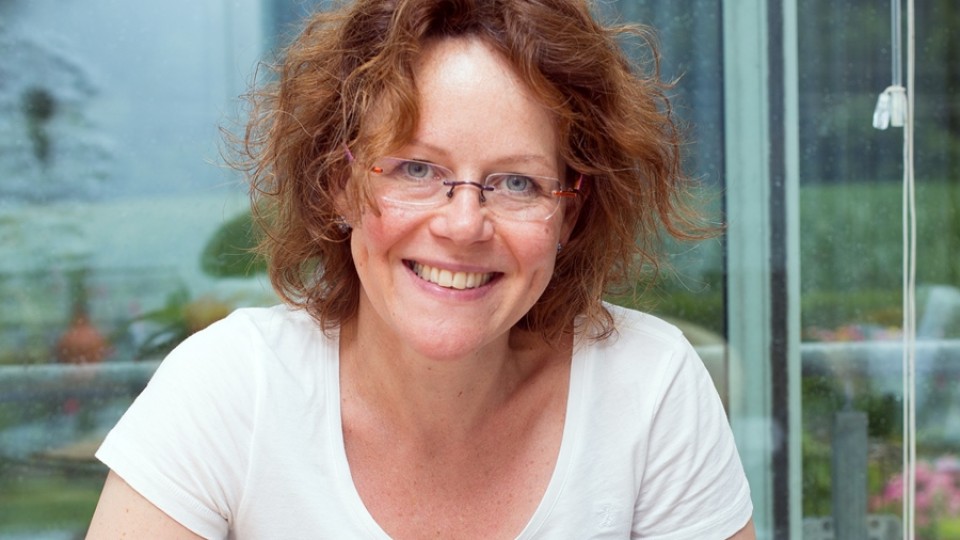 «As an adult, you never know exactly why a teenager going through puberty does something. I wanted to explore the ramifications if the mother has no chance at all of working out why Nina does what she does.»