All
you can
watch
It isn’t so often that a person establishes a circus the size of Roncalli without having grown up in the milieu of artistes and acrobats. The personal union of Zippo the Clown and Bernhard Paul the director has determined the identity of this circus for decades: an arena which provides a very special stage for the artistry of the clown, both serious and rib-tickling. In his documentary film A Clown, A Life Harald Aue focuses on Bernhard Paul both with and without the face of a clown: the circus-maker, the collector of old bric-a-brac, and the boy who always remained true to his childhood dreams.

For Bernhard Paul, founder of Circus Roncalli, childhood experiences had a crucial influence on his lifelong and life-determining passion for the circus. Does your personal relationship with the circus also extend back to childhood, and was that instrumental in the development of your idea for the film A Clown, A Life?

HARALD AUE: The affinity I feel is less to the circus specifically and more to other people in general, and their life stories. A kind of voyeurism, perhaps. I studied Cultural and Social Anthropology and Politics, and I’ve always been fascinated by the way people structure their lifestyles. How do people plan their lives? Which social, cultural and religious aspects are involved, and what personal motivation is behind it? Bernhard Paul, who established a major circus company without having grown up in the circus, was an ideal subject because his life story is determined by a very powerful motivation dating back to a very early stage which has lost none of its force over the years.


The circus is an art form which only exists in the moment and lives from that moment. At the same time, the traditional circus always conveys something of an old, disappearing world. Bernhard Paul appears to be somebody who is very bound up with the past. How did you explore this link to the past, to childhood?

HARALD AUE: I was particularly interested in the question of why this man is involved in the circus, why nostalgia and preserving the past is so important to him. I gained the very powerful impression that the circus provides Bernhard Paul with the opportunity to enter an ideal world. A world he has dreamed of ever since childhood. Apart from that, the circus has a hierarchical structure; he’s the director, and in this world his word is law – which is also an important factor. Bernhard Paul has the gift of transporting his dreams into something tangible, rooted in his own imagination. He creates this ideal world for himself. And he does this not only in the circus but also with his collection. He is a cosmos of his own which we, as the audience, can participate in.


Apart from archive footage and rehearsals, we don’t see anything that actually happens in the circus. Was that intentional, or was it due to Covid?

HARALD AUE: It was intentional. I didn’t want to make a film about what you see when you go to the circus. No acts, no acrobatics. I wanted to get closer to Bernhard Paul as an individual – and to portray his alter ego, the Zippo the Clown, the character he plays in the circus. I also wanted to find out what’s behind the story he tells. When you look at archive material going back 10, 20 or even 30 years, he says the same things that he says today, almost word for word. I was eager to explore that narrative and research into a deeper level. We soon came up against his mother and his brother, which meant we were in very tricky territory, because the doors were opening on subjects that had to be approached with caution, consideration and respect. I think his difficult relationship with his mother – his striving for recognition and love – has always been crucial, particularly in view of the fact that his brother, as the firstborn child, was given preferential treatment by his mother. Bernhard Paul himself, as someone who came on the scene later, could never do anything right for her, even though he was so successful. Apart from that, Bernhard Paul and his whole machinery have always been confronted by the same questions from the media, like a victorious downhill racer just after crossing the finishing line. Those questions seldom go very deep, so he developed a habit, a method for treating the media. When we turned up he was suddenly confronted by people who wanted very different things from him.


A Clown, A Life has two levels: one biographical and one rooted in cultural history, about the character of the clown. Why is it in your opinion that the clown plays such an important role in Bernhard Paul’s circus? And why do you also focus on the figure of the clown in your film?

HARALD AUE: The film reveals how Bernhard Paul first took the role of circus clown, which was by chance, due to personnel problems; the third partner in a trio of clowns wasn’t available. So he stepped in, and he did the job very well. That’s the factual side. On the other hand, ever since childhood clowns had been the circus characters who exerted the greatest fascination over him. People around him say that when he adopts the role of the clown he becomes a different person: deeply relaxed, serene, attentive. A bit like a different part of his personality which has to stay in the background during stressful everyday life but can emerge when he slips into the clown persona. He himself says this character permits him to remain a child. So it was only logical to illuminate this other personality, the clown, in order to portray Paul’s character.
What fascinates me about clowns is the show, the depiction of life: in the reduced space of the circus ring two or three figures appear, each one an archetype. The performances depict the major themes of life in a simple, entertaining way. The audience can laugh in a very liberated manner and identify with these characters and their games. The figures and their duality, the Apollonian and Dionysian, were just as fascinating for me as discovering Bernhard Paul’s history. Clowns are mystic, unapproachable characters shrouded in enigma. Having the opportunity to make contact and explore their work was fascinating, and I’m very grateful for that.


The clown, applying make-up or putting on his costume, is a recurring motif. Why is this moment of transformation such a crucial image?

HARALD AUE: The transformation, the other face, is really the crux of the matter. Bernhard Paul tells us what he experiences when he puts on this make-up: there is then another figure looking out at him from the mirror, someone he can enter into an internal dialogue with. It goes far beyond the role itself; the figure is part of his own personality, and after a certain point it’s impossible to say who is in charge.


At one point Bernhard Paul’s wife says: “I have the feeling that when he performs as Zippo he’s a happier person.” What kind of clown is Zippo? How has he developed over so many years?

HARALD AUE: Zippo is an Auguste character. Auguste is the original form of the clown, a descendant of the Harlequin in the commedia dell’arte, a kind of conman who unites within him various opposites: good and evil, helpful and sly, but also dangerous, magical and sexually charged. During the Enlightenment people started to divide this character into the white clown – who has poetry, music and language and acts morally – and Auguste, who is nonspeaking, wild and impetuous, and has to be guided like a child. Why Bernhard chose Auguste was down to chance on the one hand, but it’s also possible that he longs to be this child. I don’t think it’s a matter of Bernhard Paul developing the personality of the character Zippo; it’s more that he has set himself the task of making these figures – the white clown, Auguste and the counter-Auguste – and their traditional interaction the focus of his circus and preserving them. The classic trio. There’s a repertoire, which may be interpreted afresh but remains an ancient repertoire. He wants to bring the characters into the modern day and present them in contemporary style but preserve and retain them, so they can be passed on to future generations. He wants to prevent this artform from dying out.


There’s a great deal of archive material, video sequences from Roncalli performances and old Super-8 footage and photographs. What was your approach to working with this archive material?

HARALD AUE: We certainly had a wealth of archive material to work with. Bernhard Paul is a collector; he doesn’t throw anything away. The things he has collected over the decades are enough to fill whole halls, not just rooms. There are archive stores where photographs, videos, etc, are piled up to the ceiling. And rather than things being discarded, it’s more likely for things to be added. On top of that there is a huge amount of TV material, because the Circus Roncalli has been featured in the media for decades: there are talk shows, features, reports and so on. The only limitations really were right issues, when that couldn’t be cleared up. As a result I unfortunately had to exclude a few things I’d have liked to feature. As far as how the archive material was used in the film, it was important to me that it shouldn’t merely be an illustration of certain periods, a visual narrative. It was more a case of arousing and emphasizing emotions.


When you consider the last shot in the film – Bernhard Paul applying make-up for his clown act – what conclusion does it convey? The funny clown or the sad clown?

HARALD AUE: Neither funny nor sad. The transformation is the point. He’s managed to become the person he wants to be. That’s also underlined by the lyrics of the song at the end: “Forever bright, forever loud, forever young.” When his wife wants to see the clown in him again, and he senses the longing for the circus and starts looking for new partners, then this transformation fulfils those dreams and wishes. I see the visual translation of that at the end, when Bernhard Paul again transforms himself into the character he loves so much. 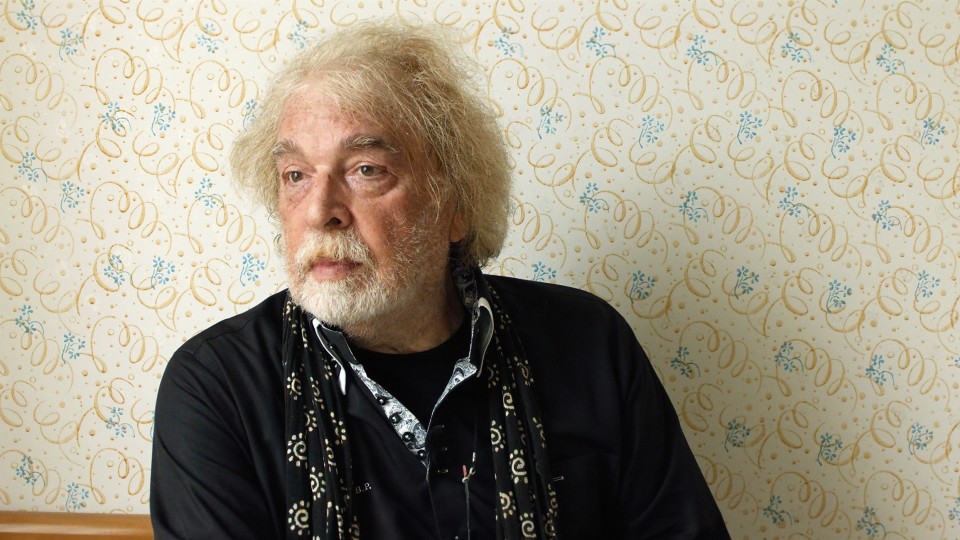 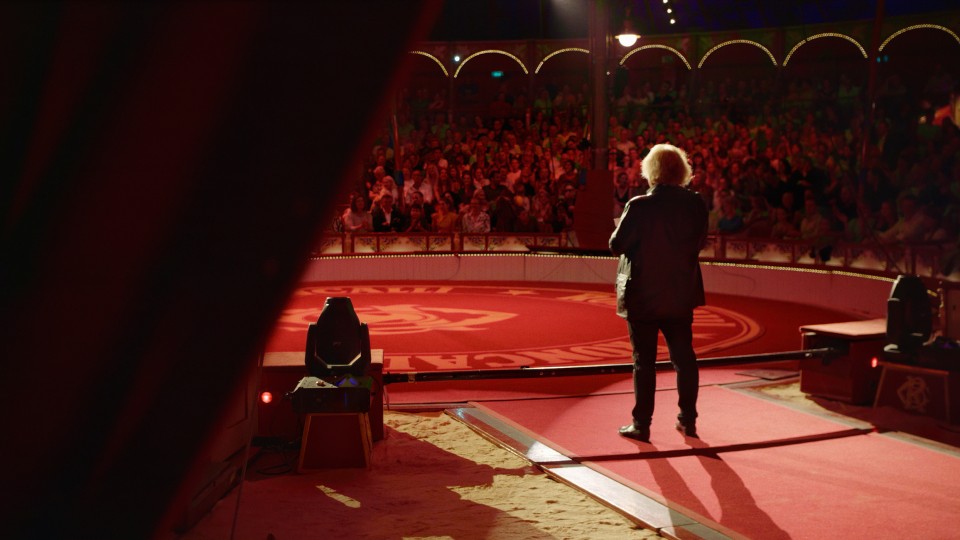 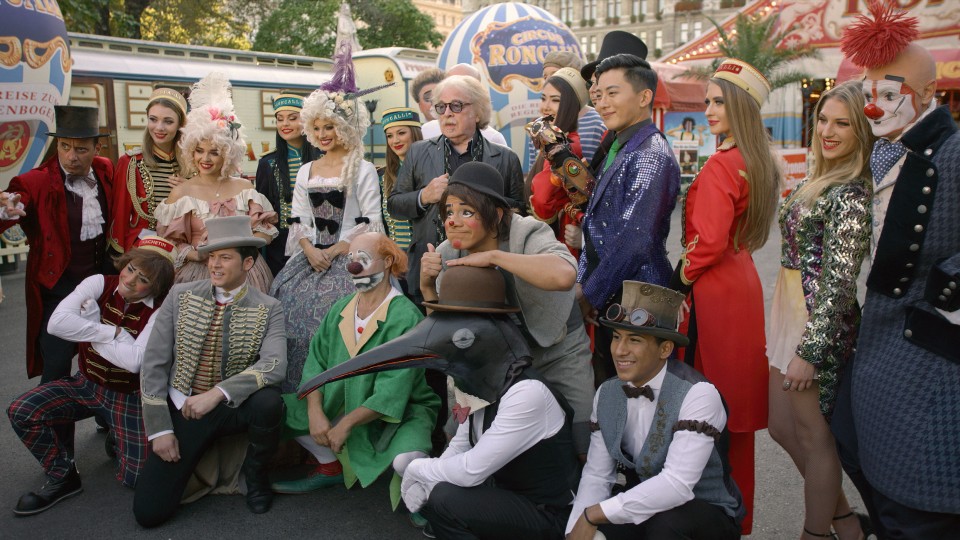 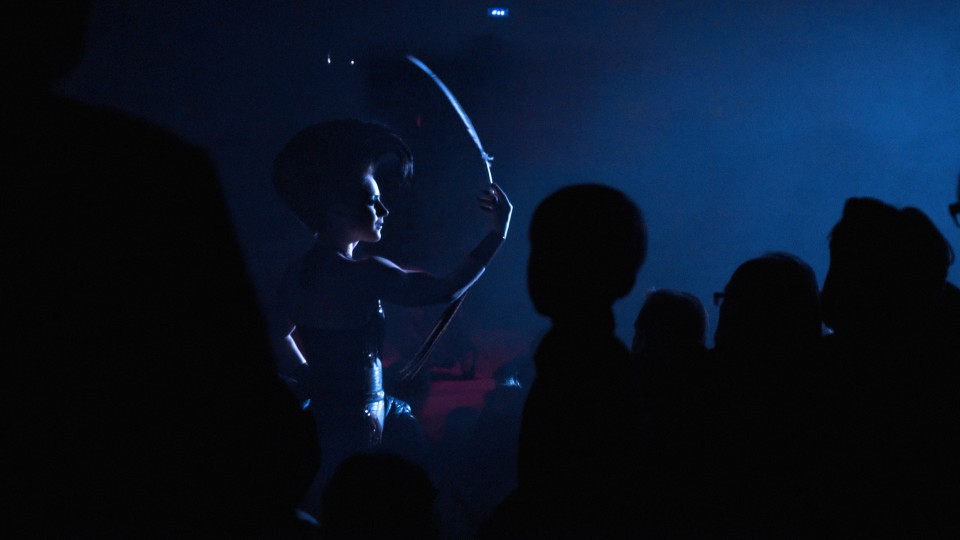 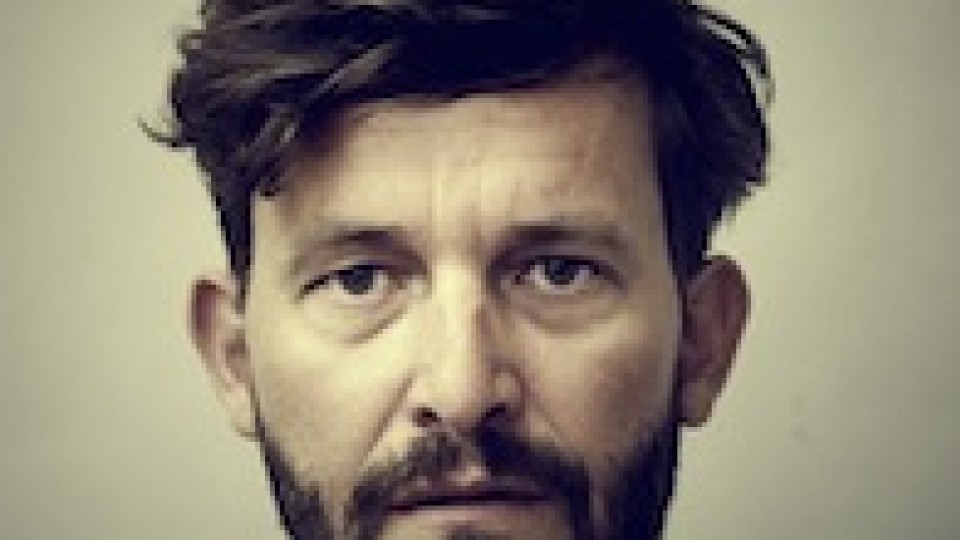 «Bernhard Paul has the gift of transporting his dreams into something tangible, rooted in his own imagination. He creates this ideal world for himself. And he does this not only in the circus but also with his collection. He is a cosmos of his own which we, as the audience, can participate in.»