All
you can
watch
When Jessica Hausner began studying Directing at the Vienna Film Academy in the early 1990s she felt not only that powerful female role models in the cinematic arts were lacking but also that there was not sufficient encouraging feedback about her own early narrative attempts. The short film Inter-View marked the conclusion of her studies and the beginning of a career which took her straight to the top festivals of Cannes and Venice. From that moment on there was no lack of resonance. Now Jessica Hausner is returning to the place where she began her artistic endeavors as Professor of Directing – the first woman in almost 70 years of Film Academy history to hold that position.


When did you yourself study at the Film Academy?

JESSICA HAUSNER: It must have been 1990 or 91. In any case, I started the foundation course a year after graduating from high school. These days it’s a university course with bachelor’s and master’s degrees, so they’re much stricter about calculating the points to assess what you’ve achieved and when. In those days people were far less worried about which classes you attended. During the period when I was specializing in Directing I took plenty of time off, and there were whole semesters when I hardly attended any classes because it seemed pointless. I was just busy making my own films.


In the monograph which was published recently about your body of work there are segments from a very witty speech you made at the Berlin Film and Television Academy suggesting that the first years of your studies were discouraging rather than encouraging. What was it that led you to choose film as an artistic medium and then to stick with it?

JESSICA HAUSNER: Back then, as a young woman, I felt as though I were fighting a losing battle. No role models to help me get my bearings as far as the eye could see. There is a fairly straightforward answer to the question of why I carried on despite that: I was convinced it was what I really wanted. As a teenager I intended to become a writer. I even found a few female role models there. But it became apparent that language wasn’t the most satisfying mode of expression for me. And then, when I made short video films of my short stories, I realized that film was exactly the way I wanted to express myself, the way I could. And that’s why I stuck at it. For young women in those days there was a kind of revolutionary atmosphere. After all, there had been waves of feminism beforehand, and I had the impression that I could build on what Käthe Kratz or Karin Brandauer or Valie Export had achieved. The women of my generation were certainly aware that women could do anything as well as men. The generation of our mothers had often chosen family life over a profession. We didn’t want to do that any longer.


Women graduates in the 90s were soon particularly instrumental in establishing the zero hour of Austrian films: new, young and predominantly female. Barbara Albert, Ruth Mader, Kathrin Resetarits and Valeska Grisebach are among the people who stand out from this period at the Film Academy with you. It very often happens that creative “families” develop during student years. Was the recognition that such networks have great power one of the important learning processes at that time?

JESSICA HAUSNER: It certainly was for me. One of the major reasons for founding the production company coop99 with Barbara Albert, Martin Gschlacht and Antonin Svoboda was that I simply couldn’t imagine taking my screenplay to any of the producers who were active at that time in the hope of getting my film made. I felt as though I were from another planet, speaking a different language. So starting a production company was the only way to ensure that I could do what I wanted.


At some point a student at the Film Academy graduates and moves on as a qualified director. What should that student have learned? What is the main point of those years as a student?

JESSICA HAUSNER: It would be very interesting to consider this question again a year from now, because then I’ll be able to talk from my experience as a professor. At the moment I can only say, based on my own experience as a student, what I would have wanted. Basically, the way I see it, the students themselves should know what they want to do, and how. Many people have very strong ideas about content or form. And often the first attempts go completely wrong. I’m particularly interested in works which are a total mess at first. Because that tells me something. It tells me that the person is searching. After all, it’s easy to see how a film can work. There are plenty of films that have already been made. But if someone does something that doesn’t work, it shows me the person is trying to do something different, something new. And that arouses my interest, while things that work straight away tend to make me skeptical. I think it’s exciting to try something out, maybe something unusual, personal, original or new.


One important stage in artistic development is getting inspiration and taking enough time to choose the material, which you then work with for several years of your life. You allow yourself a lot of time to find the right material. What importance do you attach to this preliminary phase, and how does that apply to teaching?

JESSICA HAUSNER: I’d really like to offer a class consisting entirely of brainstorming about material. What are people interested in? What are our themes these days? I’d find it very inspiring just to do research into the subjects that are floating around. The two questions, what do I want to say and how do I want to say it, are clearly interlinked. I personally allow myself a lot of time to find out exactly what I want to say on the basis of an exposé which is no longer than two pages. That takes me almost a year. During that period I talk a lot with my co-author Geraldine Bajard. In fact, the bulk of our work is done during this first year, when we spend a great deal of time thinking and talking about the subject, and researching it. We each put forward our perspectives, we make notes, we study the story from different angles. We throw the themes around between us, to and fro, until we’ve captured all the aspects and contradictions of a subject; only then can the two-page exposé become really interesting. That way the plot also contains the contradictions of the subject. It’s a process that takes time and a diversity of opinions.


When you take up your teaching position at the Film Academy it will also be at a different location than it was in your student days. In many respects, this represents a completely different environment. Where do students today need most support?

JESSICA HAUSNER: It seems to me that filmmaking has undergone a great transformation in recent years. Streaming services are becoming more and more important, and the pandemic is accelerating that development. At first people tried to oppose it in order to rescue the cinemas. But it’s another one of those developments that just can’t be stopped. What has changed as a result of the streaming platforms is the huge number of productions available, and the large demand for content that goes with that. Platforms like Netflix and Amazon need young people with original ideas which aren’t too expensive and can be implemented easily. Everything has to look fresh and be amusing. It’s a huge opportunity for students and young filmmakers. But at the same time, in the face of this demand they have to be increasingly aware of what they want and what they don’t want. It’s easy to be caught up in a particular filming style and get dragged into an approach which is purely consumer-oriented. That might be what somebody wants, but I think you have to be very clear about exactly what you’re doing. It would be a huge pity, it seems to me, if the narrative style appropriate for streaming platforms became the new standard at some point, accepted unquestioningly. That would be a shame. It’s always important to maintain openness and diversity.


You made the point earlier that when you were a student, despite all the skepticism that young women encountered, the groundwork had been done which made it possible for you to work independently. 25 years later we are in the middle of a discussion about quotas. To what extent will it still be your task to provide encouragement to the female students in particular?

JESSICA HAUSNER: I really want to encourage everybody in the same way, not women more than men. It’s also important for young men to gain self-confidence and be better able to assert themselves. But the subject that I do want to discuss in very concrete terms with students is family planning. It always tends to get left out because it’s considered a purely private matter. But it’s not: it’s a social issue. And for women who make films it’s hugely important. Over the last 30 years I’ve seen again and again that young women who become mothers are more inclined to neglect their careers than the fathers. And then it’s very difficult to pick up again where you left off. I think the tasks of parenthood have to be shared from the beginning. This is hardly a new, original idea, but it’s the best way. Everything really must be shared out. And of course, it’s preferable for young people to think about the subject in advance and decide in practical terms how they want to structure their lives.

JESSICA HAUSNER: That’s an interesting point, and I thought about a lot before I applied for the position of professor. And yes, it wasn’t only to do with time; it was more about whether I could divide my attention, whether I would have enough headspace, you might say. I really wasn’t completely sure, but now that I’ve started to get down to work I’ve discovered that I do have enough room. Of course, there is a huge amount to do, but it doesn’t make me panic. Instead, I simply divide my time very precisely. That way I can also work on my new project and have time for my family. If there are too many things going on in your head, the idea of doing something else as well makes you really nervous. But that isn’t the case. Apparently I have developed enough confidence about my own work, and I can feel that I have the emotional resources to devote myself to my teaching as well.


What are you particularly looking forward to about this new challenge?

JESSICA HAUSNER: I’m very much looking forward to the exchange of ideas. I’ve already watched a few short films, and I can see how interesting it is to get an insight into the world of people aged between 20 and 30. What matters to them, what subjects interest them, how they see our world. It’s important for me to understand what makes them tick. And I perceive it as a huge responsibility. It’s an important time for people who are just starting to become filmmakers. I’m looking forward to being a kind of sparring partner. I mainly see myself as somebody who throws the ball back when it’s thrown at me. And I’m ready to do that. 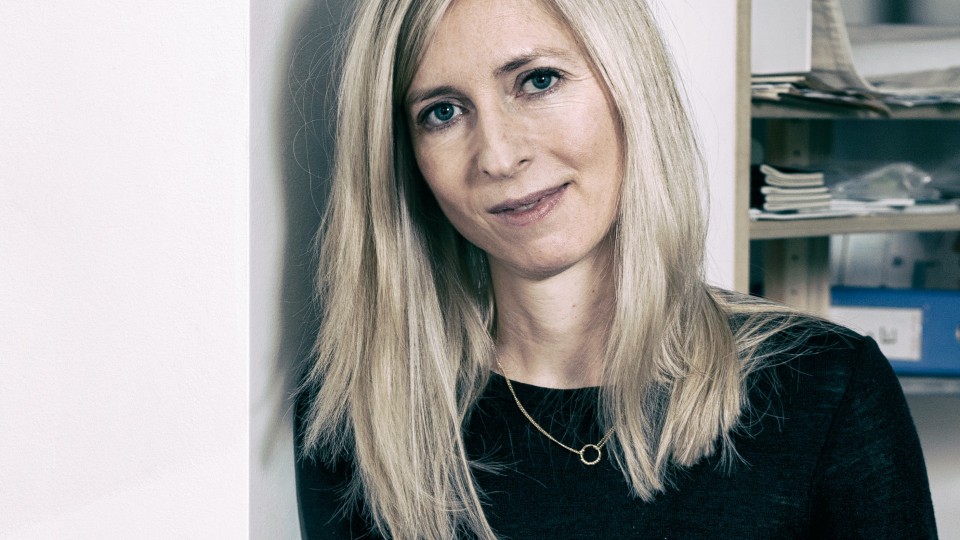 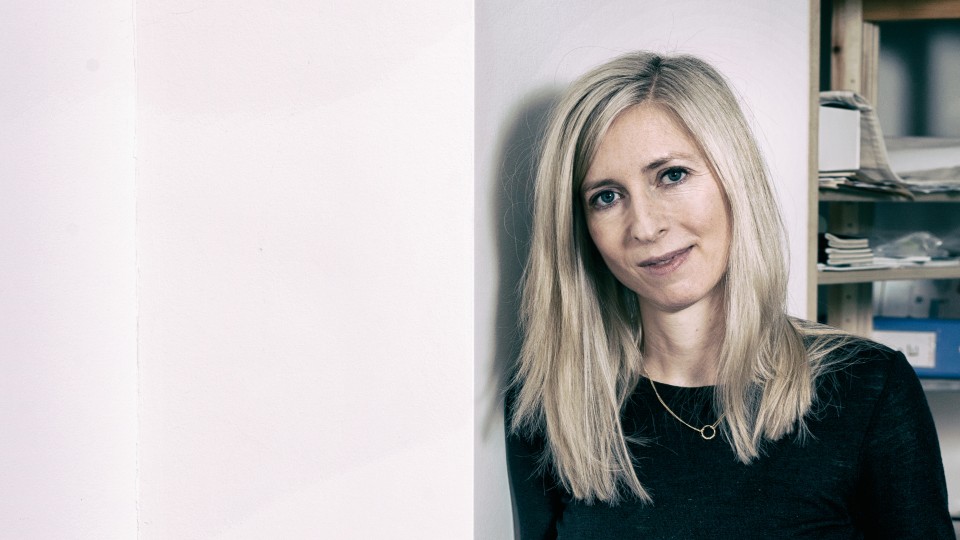 «I’m particularly interested in works which are a total mess at first. Because that tells me something. It tells me that the person is searching. And that arouses my interest, while things that work straight away tend to make me skeptical.»