All
you can
watch
The daughter of the last King of Romania holds court in Bucharest and travels around the country in a royal train to demonstrate the bond between her and the people. The current government permits this without legitimising it. Johannes Holzhausen's The Royal Train accompanies a princess without portfolio on her quest: employing stage-managed pomp, she hopes to restore a chapter in Romanian history which came to an end after World War II.


The recent history of Romania has associations for us with a Communist dictatorship and the Ceausescu era. We are much less familiar with the history of monarchy in the country. Could you start by giving us a few background details?

JOHANNES HOLZHAUSEN: We tend to link Romania with two things: Ceausescu and Dracula. In fact it's a beautiful country, full of variety, with a very diverse society. The establishment of the monarchy, which only took place in the middle of the 19th century, was essentially a response to the long-cherished desire to be part of Western Europe. The small dynasty was in place until just after World War II: in fact, although the Communists were already in power, King Michael remained head of state for another two and a half years. It wasn't until 1947 that he was obliged to leave the country and go into exile in Switzerland. After the 1989 revolution he attempted to return: there is archive footage showing him on a hotel balcony in Bucharest, and it's claimed that a million people were cheering him. During the initial chaos he briefly represented one possible system of government, but he was quickly supplanted by the new strongman of the post-communist era, Ion Iliescu.


What form did these journeys by royal train take originally, and how did you discover that they had been resumed?

JOHANNES HOLZHAUSEN: During the days when the media hadn’t yet penetrated to every part of the country, the train journeys were a comfortable way for representatives of the royal family to reach even the most distant corners of the realm. When the Romanian royals resume these journeys today it's a way of claiming continuity on a visual level. On the one hand the journeys are intended to show they want to maintain contact with the people, while at the same time the train still serves to draw a line between the sovereign, or pseudo-sovereign, and the masses cheering at the stations. I actually discovered that the journeys had been resumed via personal contacts. Since Princess Margareta is a second cousin of mine, my parents got in touch with her a few years ago and were invited to go on one of those journeys. They had just returned when my last film, The Great Museum, had its premiere, and my father showed me pictures of their journey on his mobile phone. I was absolutely stunned that something like that could take place in a republic. It was so absurd and at the same time so filmic. Right there and then I thought to myself: that's my next film.

When and in what circumstances did Princess Margareta return to Romania?

JOHANNES HOLZHAUSEN: Since her father was no longer permitted to enter the country, she – the eldest daughter – gave up her job with the United Nations in Rome and returned to Romania. Her aim was to re-establish some sort of connection between her father and the country. She started a charitable foundation, though at first she only played quite a modest role. That changed in the mid-1990s when she married the Romanian actor Radu Duda, who then took charge of integrating them into the life of the country. She had the claim to legitimacy, he had the knowledge. This combination led to her claims becoming more ambitious and more political. In Romania the royal family fills a vacuum. It acts as a counterbalance to a political caste which is famous far beyond the borders of Romania for corruption. If a public individual can represent some sort of moral integrity in a catastrophic situation like that, it becomes interesting.


What was the attitude of Margareta and Radu to the film project?

JOHANNES HOLZHAUSEN: Since Prince Radu is a former actor, a predisposition towards the medium of film is understandable. And after all, their fame is really limited to Romania. They were hoping that the film project would attract international attention. I attempted to approach them on a level where the stage-managing of their activities would be experienced as such, and I particularly wanted to capture something of their personalities as well – although this was very difficult, because they completely blocked my attempts. They alternated between trust ("It’s actually my cousin who is making this film,") and deep reservations ("He’s actually a stranger, a film-maker we have no control over"). In a way that was the boxing ring where I was sparring during the year of filming.


The alternating perspectives between royals and people, stage and audience – very often also a switch between interiors and exteriors – is captured very well by the camera, which always conveys both viewpoints. How difficult was it to coordinate the camera team in order to achieve this?

JOHANNES HOLZHAUSEN: Everything they do serves one goal: to create a media depiction of themselves. Every act accords with the logic of being portrayed. Originally I planned the structure of the film in such a way that I would always tell a story between the stops. To achieve this I had a camera team at every station. Sometimes the coordination between interior and exterior worked extremely well, and sometimes it was an absolute failure. The fact that Făgărăs became one of the main locations had a lot to do with the camera work of Michael Schindegger, who is also a director and captured the wonderful images there. Of course then the quality of the material dictates the direction that the editing process adopts.


Was it your aim to establish a counterweight by means of the conversations with other people?

JOHANNES HOLZHAUSEN: There's a long scene in Moldavia, for example, where women in the village talk about the statue that has been unveiled. That scene is very important to me, because it depicts the historic experience of the people. It connects to something that was completely curtailed by communism. For me, the approach is less to do with ideology and more with real life. The royals exploit situations like that for their own agenda, but for the villagers this unveiling is a restoration of important connections with the past that had been severed. The historian Adrian, who travels around the country in search of relics from the monarchy, is a very complex protagonist. There are various forces at work within him, ranging from admiration to distance. He lives for something that was better in the past, or was associated with values he can't find in the present. In fact he's too young to have experienced it personally. He worships something which is pure fiction and embodies idealism. He stands between two worlds and their projections. In the course of the film he moves towards being a metaphor, somebody who digs through the history of his country.


There is an important scene which is a conversation between a mayoress and a woman stationmaster who points out that the station isn’t a palace and should be respected as an institution: "We should just behave completely normally," she suggests. Doesn't that attitude indicate that she belongs to a majority we don't see much of in the film?

JOHANNES HOLZHAUSEN: I think the stationmaster is great, because she adopts a critical attitude towards the whole royal spectacle; in her view, a station is really for everybody. But someone who adopts a critical position like that so clearly and plainly was an exception. Everybody seems to go along with it as if it were completely normal. Since her father's death Margareta calls herself Her Majesty and Guardian of the Crown. They invent new titles, and everybody endorses them. The attitudes throughout the country range from admiration to indifference. The fact that the royal couple makes an effort to visit these godforsaken villages gives the places some significance, despite being avoided by politicians. How are the people there supposed to know they are being exploited for the agenda of the royals?


The final sequences are also very powerful. The coffin of King Michael is being transported on the train, and there are crowds on the station platforms saying farewell to him. During the course of the filming did you have the feeling you were witnessing something that was itself being slowly buried?

JOHANNES HOLZHAUSEN: In my view, Margareta’s moral legitimacy consists solely of the fact that she is the daughter of a once legitimate king. At the end of the film, when this king is dead, all trace of legitimacy for her has also vanished. The train journey carrying the coffin of her late father, who had been living in exile in Switzerland, to the royal family's burial place outside Bucharest was an event that really sent shivers down my spine. Nobody had expected the reaction of the people. When King Michael died we had already finished editing the film. Of course, I had to go out and start filming again. In my view the story of Margareta and Radu ended in the scene where they sit on the throne during the birthday party for the King – who was of course still alive then – and virtually become puppets. But the death of Margareta’s father gave that a tragic twist. And the end of the film makes it quite apparent that they will never be able to achieve their ambitions, because she can't establish a bond with the past – while her elderly father, who died at the age of 96, was the embodiment of royalty. That is simply a matter of destiny. He knew both Hitler and Stalin, and he had been awarded the highest Soviet honours. As an individual he constituted a link with something which existed in the past. The scenes I filmed in the train with the coffin are the most private moments I experienced with the princess. She is a daughter, consumed by grief at the loss of her father. But it's not just that. The whole edifice of her political role in the state has also collapsed. Just like at the beginning of the film, she appears at the train window, but she doesn't come across any more as the confident heiress to the throne, waving graciously. At that moment she has lost her role and doesn't know any longer who she is. 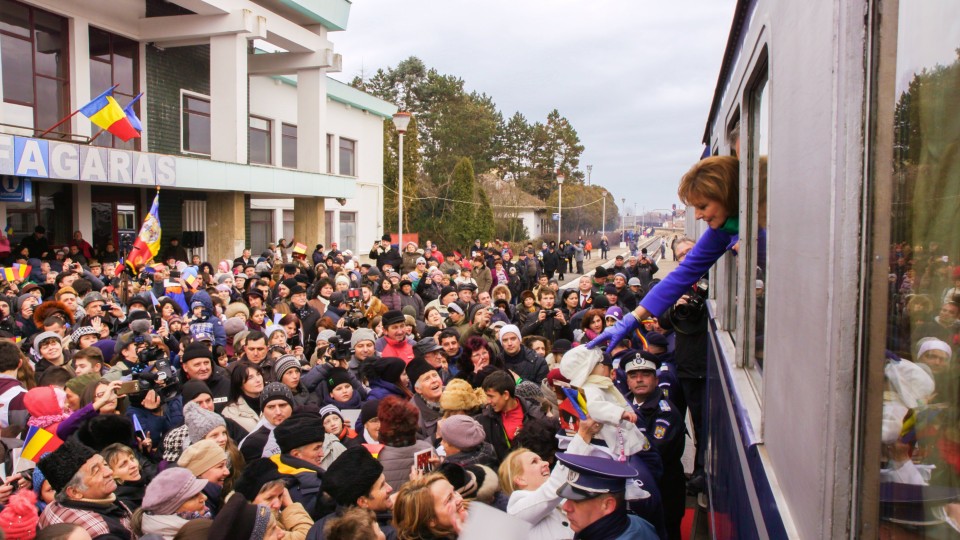 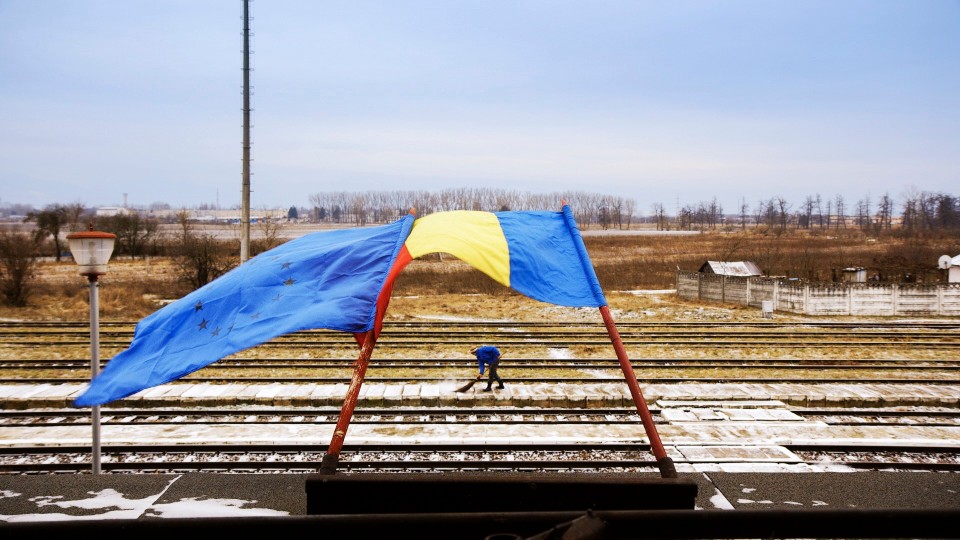 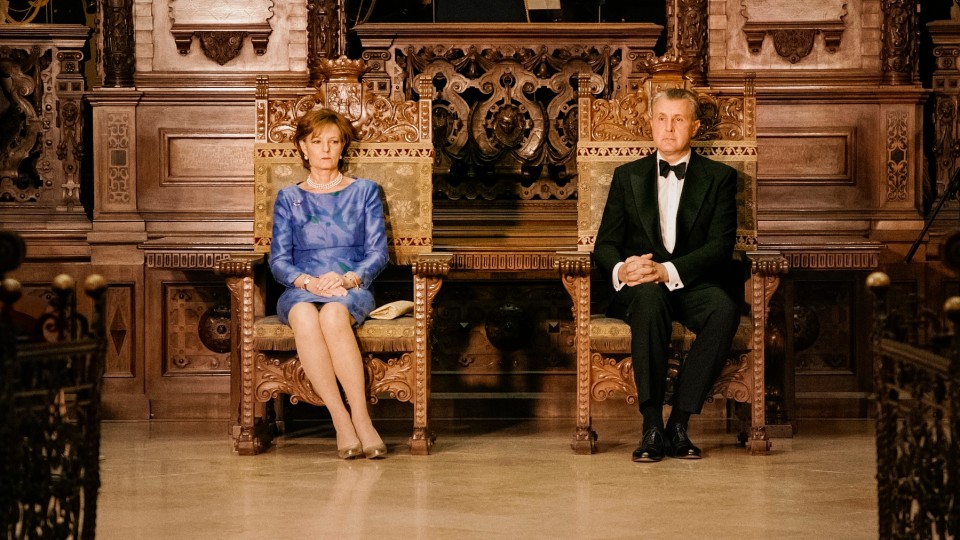 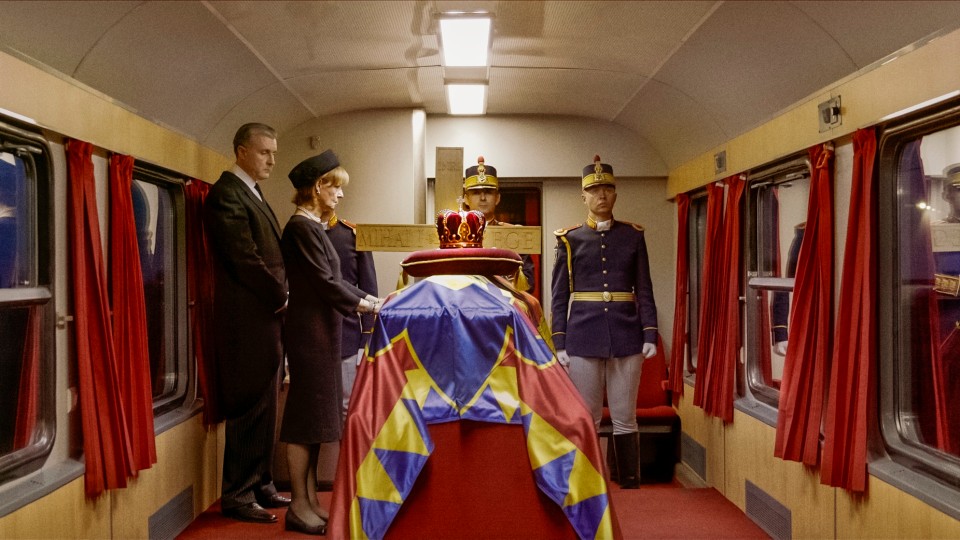 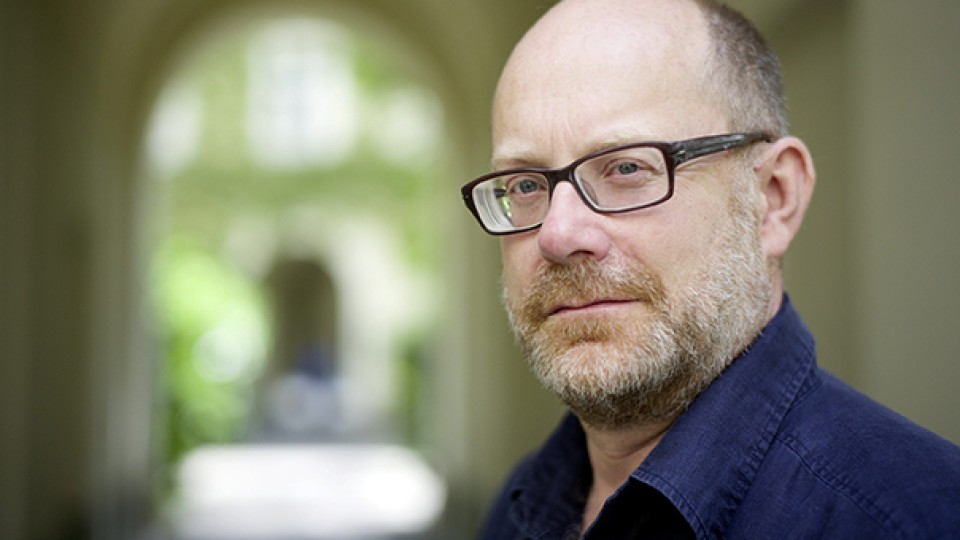 «The attitudes throughout the country range from admiration to indifference. The fact that the royal couple makes an effort to visit these godforsaken villages gives the places some significance, despite being avoided by politicians. How are the people there supposed to know they are being exploited for the agenda of the royals?»