SEARCHHIDE SEARCH
The first things that caught the eye of filmmakers Julia Gutweniger and Florian Kofler were strange-looking walls in the Alpine landscape. On closer examination they turned out to be part of an extensive safety infrastructure which has been developed to provide protection from landslides, avalanches and snowfalls throughout the Alpine region. There is no commentary, and a (sometimes wry) distance is maintained, as Safety123 investigates the assiduous human striving to provide us with sound protection against acts of God.


Is there a concealed code behind the title of the film: Safety123?

JULIA GUTWENIGER: There is a great deal of measuring and counting in our film. Again and again there are countdowns or cryptic sequences of numbers in a scientific context, and the emergency phone numbers are generally combinations of three digits. It's like a kind of password to supposed safety.

FLORIAN KOFLER: "123" also sounds a little like a magic incantation you can use to easily ward off an impending threat or something evil, or to avoid it completely. It's connected with the invisibility of the disaster protection system, which is often taken completely for granted.


Disaster protection only becomes a matter of public interest when something happens. And then the events are usually linked to images which are visually extremely impressive. Was one of the ideas behind your film to work in the conflict area between spectacular events (generally connected with powerful, almost unrealistic-looking images) and something happening off-screen, i.e. the activities going on in the background which are outside public perception?

JULIA GUTWENIGER: That conflict area was definitely one of our points of departure, and at the same time it represented a difficulty, a challenge for us. Disaster protection and natural catastrophes have a powerful media component and are also associated with a particular state-of-emergency aesthetic which we were determined to avoid. Fortunately for us, it very quickly emerged that background activities which sound unspectacular were in fact pretty spectacular and interesting on film. We wanted to present the entire range of related activities, from prevention – dealing with the possibility of a disaster taking place – to the situation afterwards, when a catastrophic event has actually happened.

FLORIAN KOFLER: Brennero/Brenner, our film about the Brenner Pass, certainly provided the initial impulse, because quite by chance we discovered various walls and structures in the area around the frontier that aren’t always connected with border security; some of them are to protect the villages and transport routes from avalanches or mudslides. As a result of that discovery we looked more closely at the safety infrastructure, and at the same time we tried to imagine a perspective from the distance future, where we would be trying to answer the question: "What could these structures have been used for?" So the title is also meant to convey a certain humor. We did also consider more serious titles, which gave the whole thing an air of importance. But we didn't want to lose sight of the absurd and the mysterious, which is appropriate to some of the procedures and measures involved.

JULIA GUTWENIGER: The idea was that the serious aspect should creep up on you from behind, so to speak, without us having to signpost it from the beginning.


Both your first documentary film, Brennero/Brenner, and now Safety123, are deeply influenced by landscapes and living habitats. To what extent does space/geography inspire your work in film?

JULIA GUTWENIGER: Landscapes, and in particular the way people interact with landscapes, have certainly played a major role in our work so far, especially in Safety123. In the case of Brennero/Brenner it was the non-place at the border between Italy and Austria that interested us. With Safety123 it is a modified landscape: the interaction with nature and the juxtaposition of mankind and nature in an extensive area, the whole Alpine region. Whether this is the case because we make films in a certain location, or whether it is that the location produces this effect on us, is open to question. Possibly it's the space around you that leads you to focus on a certain subject.

FLORIAN KOFLER: While we were working on this film we became aware once again that we are dealing with an entity which, "if it wants to", can manifest itself with immense force.


SAFETY123 deals with the invisible, but surely it focusses particularly on how we interact with the unpredictable and the uncontrollable?

JULIA GUTWENIGER: The effort that goes into measuring, testing and checking these situations with the greatest possible accuracy and detail is really impressive. In the sphere of disaster protection an enormous system has emerged which attempts to take everything into account, from calculating where a rock might end up if it slips out of place to the task of conveying tragic news to members of a victim's family. People are trying to be equipped and prepared for everything.


In the closing credits there is a long list of all the places you visited, the institutions concerned with disaster protection and instigating preventive measures for natural catastrophes. How did you get involved in this work? How did you find your way around the complex system?

FLORIAN KOFLER: We first got involved in the work because of the imposing protective walls, most of them well hidden, which can be found in a large number of valleys. With the help of wonderful map material from various geo-information systems we then started searching out these protective structures. And at the same time we made initial contact with institutions for protective measures and structures. The World Landslide Forum in Ljubljana was very important for us. And then our network spread out in all directions from that starting point.

JULIA GUTWENIGER: It developed into a sort of voyage from one subject to another, and everything turned out to be connected. After all, originally we just wanted to film the defensive walls, without having a concrete plan of how we would use the footage but then, as our research expanded, this whole civil defense system emerged, and as a result we travelled throughout virtually the entire Alpine range.


From observing the landscape, the measures that have been taken and the research that is being done, the film moves to the command centers which become operative if there is a disaster like this, so you also feature the people who are caught up in it, who end up at these centers. What motivated you to use this approach?

FLORIAN KOFLER: In dealing with this disaster scenario, our idea was to structure the film so it would extend from "before" to "after". But without showing any actual major catastrophe; that would just float around as an abstract danger.

JULIA GUTWENIGER: In contrast to the preparations, which are mostly of a technical nature, when the rescue procedures swing into action it means dealing with real people. We wanted to move from a distant perspective to a view from very close-up, where the people who are immediately affected are in the foreground. Aspects of the images at the beginning of the film which might seem absurd gain an extra dimension because of the human destiny involved.


Your camera perspective is purely observation, without any judgement or analysis: is it important to you that audiences should develop a response to the images on their own?

JULIA GUTWENIGER: The calm, observational camera is connected to my background. I trained in the visual arts, in painting in fact. To a certain extent, observation is my "natural" approach. With long shots it simply makes more sense to film with a calm, static approach. For us, filming is a process of searching. We adopt a questioning attitude and then pursue a lead that seems to provide answers. I think it's a very good thing if people have the space to form their own opinions. There are enough films that explain things with images but add a voice on top of that. We wouldn't be interested in that, in formal terms.


If you film with this calm approach, going into a project by focusing on the process without including explanations from interviewees, editing has a huge role to play. What actually goes on during the editing process?

FLORIAN KOFLER: We assembled a great deal of material, about 170 hours of film, which we had to condense into just over an hour. Julia is responsible for the images, and I deal with the sound. We view the material together and work on the montage process together. For this film the montage process must have taken us a year, which of course also involved some moments of despair.

JULIA GUTWENIGER: The central question was how much visual material was necessary to portray what is essential. The process of reduction was very important. Of course, we also had advisers during the editing process who suggested that we should first produce a rough cut. But that was exactly what we found most difficult. It was only later that we could condense the material properly. We also did a large number of test screenings, and they always helped us. We are often asked whether it wouldn't be easier to divide up the editing instead of doing it together. It's incredibly laborious, making all the decisions jointly, but it does make sense, because the way the film is edited has to suit both of us.


Is there already another landscape that inspires you to consider a new subject?

FLORIAN KOFLER: This summer we travelled around Italy and filmed pool attendants and lifesavers at work on the beaches. It involved a lot of waiting for something to happen without knowing what, and we were working while other people were on holiday. We're just starting to view the material, and only then will we be able to decide what to do with it and which direction we pursue with it. 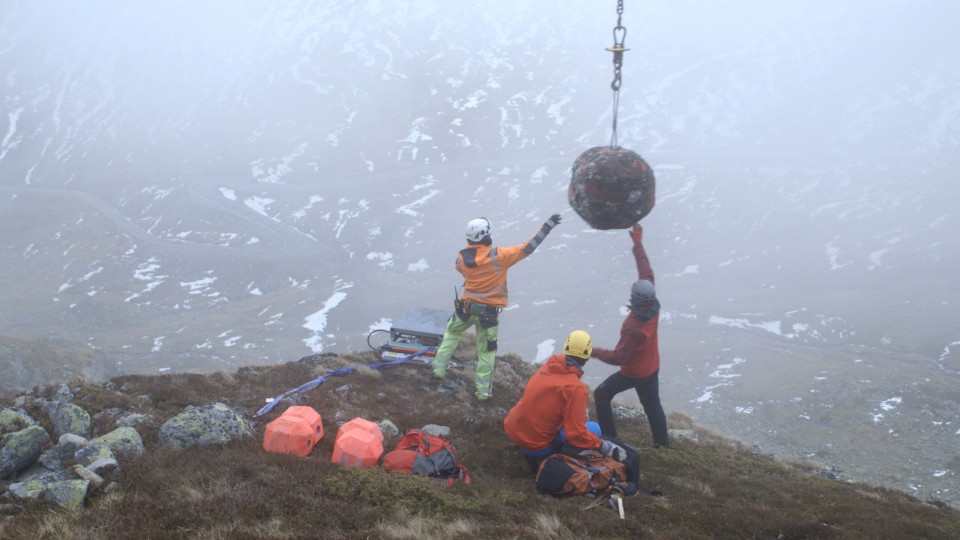 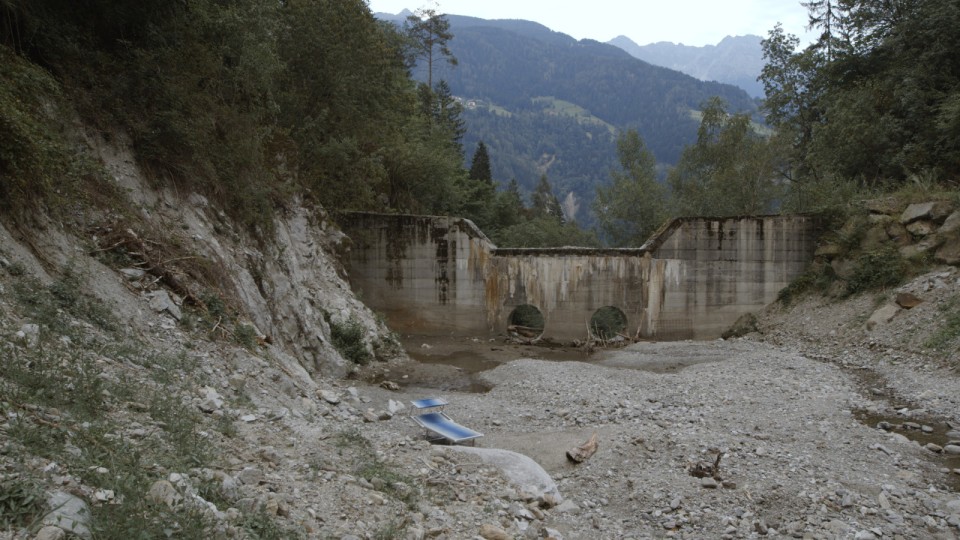 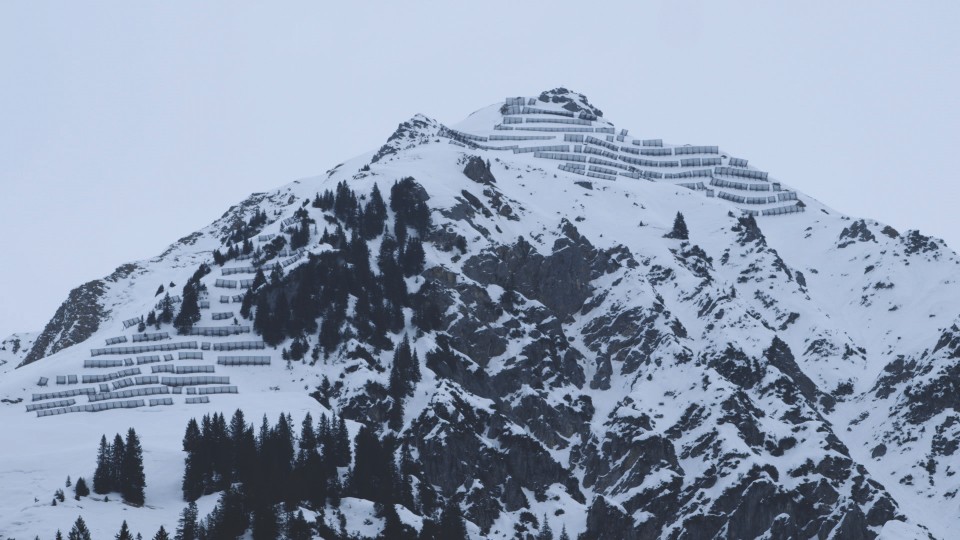 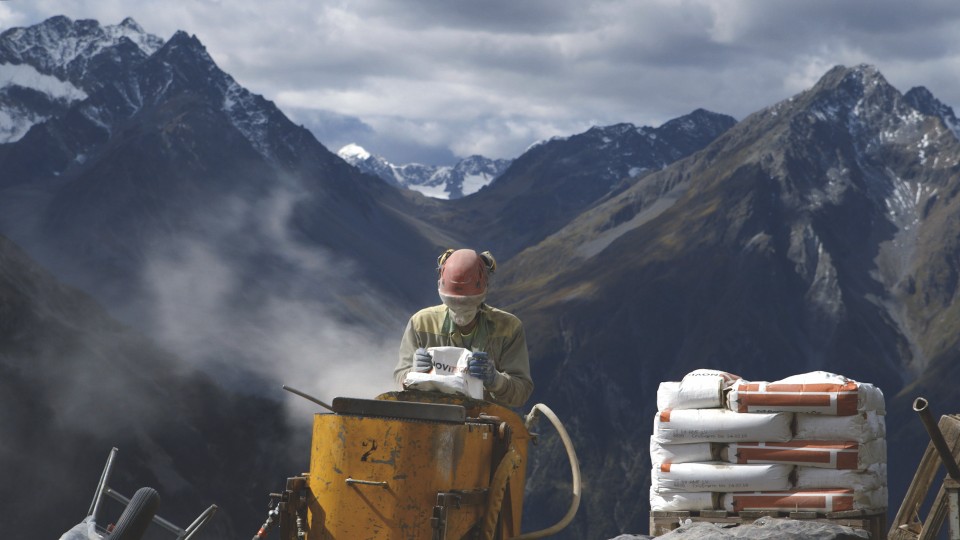 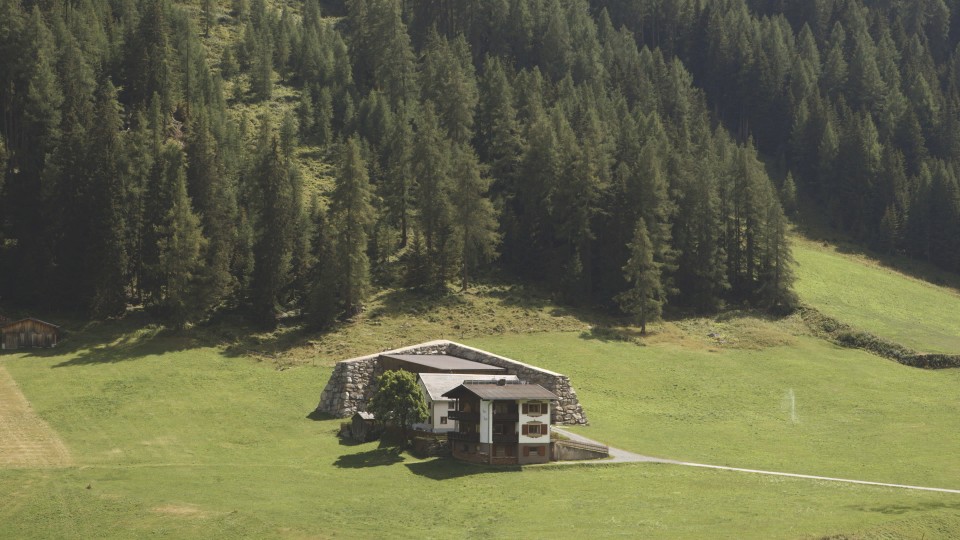 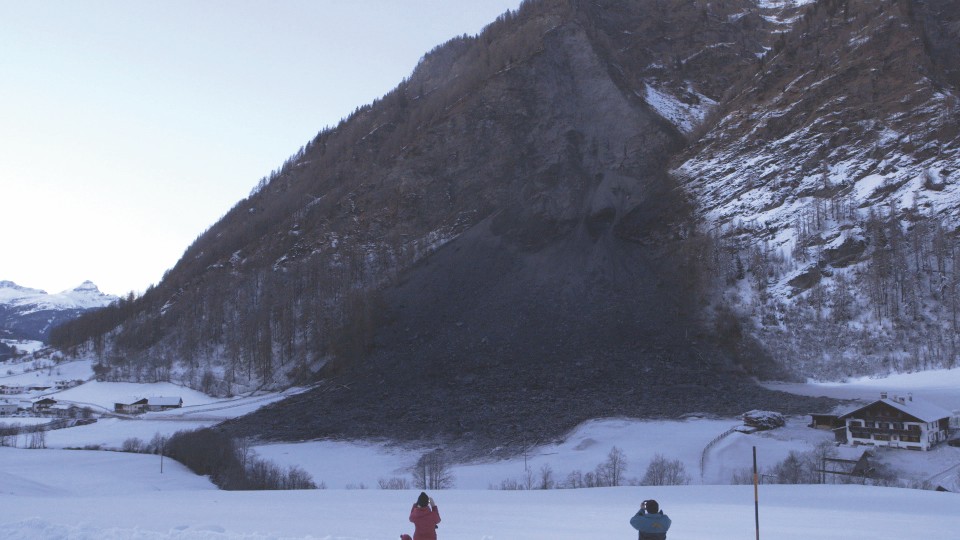 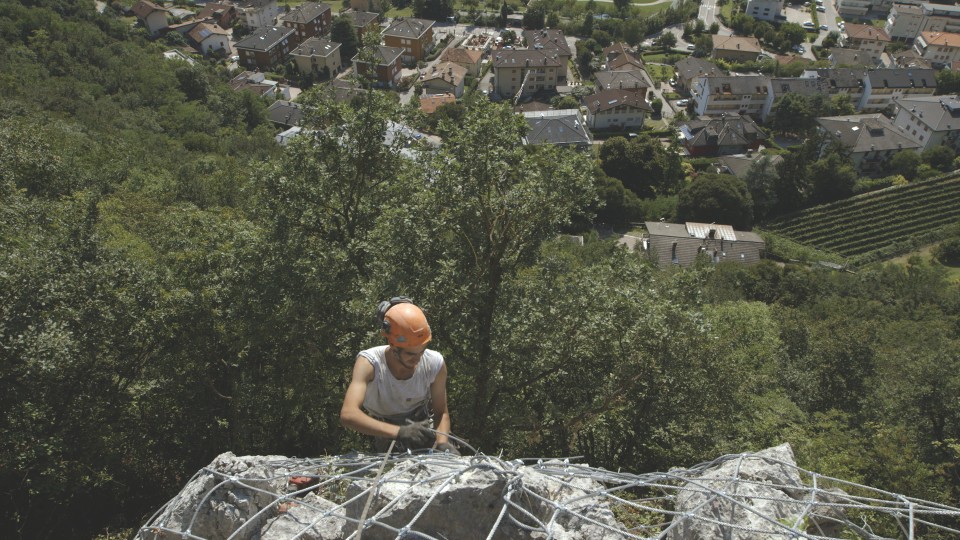 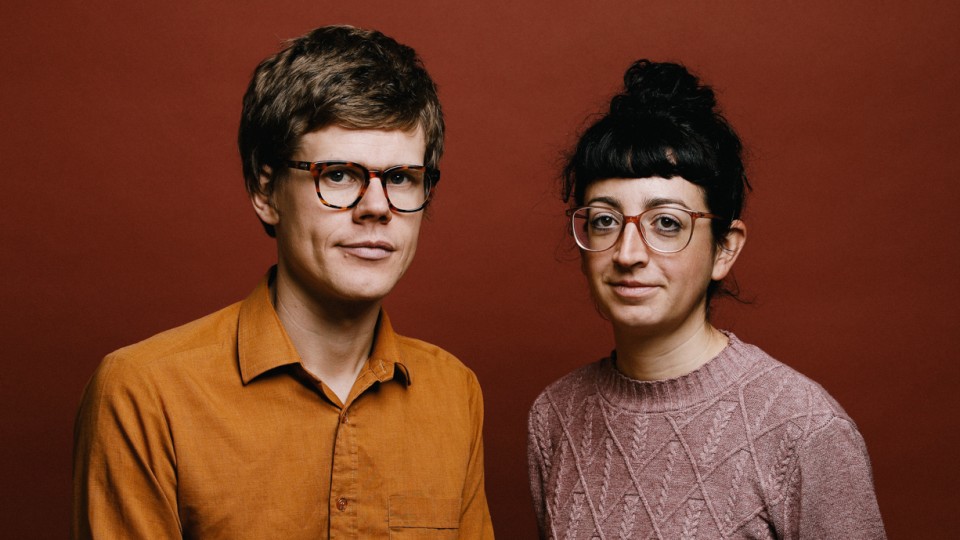 «While we were working on this film, we became aware once again that we are dealing with an entity which, "if it wants to", can manifest itself with immense force.»