All
you can
watch
When Simone arrives at the country cottage owned by her Aunt Claudia, the famous nutrition expert, she doesn’t exactly get a hearty welcome. The overweight teenager had been hoping to lose a few kilos over the Easter holidays, with Claudie’s expert guidance. But getting that sort of help from Claudia entails vows of renunciation and devotion, and there’s no escaping from the pact. Peter Hengl lets his debut horror feature film FAMILY DINNER simmer on a slow heat before serving up a truly gruesome banquet.

Healthy and proper nutrition, cooking classes, culinary knowledge, professional private kitchens, etc. Nutrition has become a status factor. Was a critical or ironic look at this topic the starting point for your debut feature film, before the horror genre proved to be an appropriate narrative device?

PETER HENGL: It was actually the other way around. I'm a big genre fan: I grew up with it and socialized with it. And towards the end of my film studies I was looking for an appropriate topic for a first full-length project. I was very attracted to genre film, because it's a very good basis for a debut; you can display your craftsmanship and at the same time create great effects with few resources. The genre often has a low-budget flavour, but in fact I think it's great that a large audience is willing to watch experimental, original and very creative productions. The nutrition topic was only added afterwards, and getting to that stage was a long process.


FAMILY DINNER is a chamber piece with four people: the triangle of Claudia, son Filipp and stepfather Stefan, and facing them is Simone, who has a relationship to this triangle as a whole on the one hand while also having a (completely different) relationship to each individual. The exciting thing is that there are many tipping points in the film, where you as a viewer have to constantly ask yourself which of the four is telling the truth and when. Which suggests that a lot of work went into creating this relationship structure.

PETER HENGL: A lot of work did go into it during the development phase. And it was a very fine experience to explore the whole thing again with the actors. We had a great cast, with the two veterans Pia Hierzegger and Michael Pink and the two teenagers Nina Katlein and Alexander Sladek, who were acting in a feature film for the first time. Working with them enabled the network of relationship created by the script to manifest itself very quickly.


How was the experience of working on set with actors for the first time?

PETER HENGL: Before FAMILY DINNER I made several short films and also worked with young people. So I was familiar with all that. In Jakob Fischer we had a very good acting coach for the two young actors. Filming itself was still a challenge, though, in terms of maintaining the energy for such a long time and coping with the length of the shoot apart from anything else. This cast made the element of acting a very pleasant experience.
The adults were cast in the traditional way. With the young roles, it was a bit more difficult. Considering the particular body type required for the role of Simone, it was clear that it would be a challenge. We prepared ourselves for a very extensive casting process with non-professionals. I don't know how many candidates our casting director Marion Rossmann saw. I ended up seeing about a hundred myself. To make matters worse, we were initially only able to use distance casting, due to Corona. Nina Katlein could say a lot about exactly how we performed the auditions, taking into account the conditions. But it was worth it. We found very talented people for both roles. Nina is in every single scene of the film, she always had to give 100 percent in filming, without a break. She came through with flying colors. Alexander, who has to cover a wide range, also contributed a huge amount of skill and talent.


Beyond the suspense, the film also conveys a great deal of social criticism. The house is soberly and stylishly furnished, a testimony to good taste but also to an unpleasant austerity. Did you want to show how a good intention (good nutrition) can also tip over into an unhealthy ideology?

PETER HENGL: Absolutely. I hope the film is read on both a socially critical and an emotional level. It was important to me that it shouldn’t be read as too unambiguous, even if the film clearly positions itself critically on certain social topics. I didn't want to make a moral story that was too simplistic. I aimed to give it a depth and hopeless feel that leads the audience to come to their own conclusions about this complex of topics. The house combined a stroke of luck and great production design on the part of Pia Jaros. I regarded the house as an "exile farm". The classic Viennese holiday home, with a family that has withdrawn and isolated itself. It is a kind of foreign body in the landscape. We spent a long time looking for a suitable farm. The one we finally found already contained some of the things that were specified in the script. The bare walls and the washed concrete floor went well with the emotional coldness and the strange mood that the film conveys. Pia Jaros did an excellent job of developing that.


Part of the development phase of FAMILY DINNER was in the time of Corona. Manipulation under the guise of good intentions (motherly love, healthy eating, attachment to nature) is a central issue. Inevitably this recalls people who drifted into parallel worlds during the pandemic years. Did actual events contribute anything to the content of the story?

PETER HENGL: Absolutely. Of course, the screenplay was written first, but I did have a powerful feeling during the final stages that reality was catching up with fantasy. There was something very surprising about a person like Attila Hildmann, a German nutrition guru, drifting into the craziness of the far-right scene. In the final phase of writing the script, I wondered for a tenth of a second whether I should get this into it more strongly. I could imagine a character like Claudia could have staked everything on a strong Internet following at such a time. But then I decided against it, because FAMILIY DINNER also had a timeless, fairytale element. Anyway, the mood is changing again. I preferred to think of Claudia's behavior as a response to not feeling appreciated, and to keep the story in the slightly fantastic bubble. The film feels a little removed from reality. I deliberately wanted to keep the outside world out. When Simone arrives at the country house at the beginning, you don't really feel what world she comes from. The film takes place in an almost hermetic fantasy world, so it would have bothered me to anchor it in topical events. I'd rather people sense the theme quietly than have it signposted too clearly.


To apply another culinary metaphor, the mounting suspense in FAMILIY DINNER simmers very slowly on a very low heat. You approach the showdown very subtly, with a lot of patience, taking your time.

PETER HENGL: I have always really liked the craft component of genre film, and from the very start I didn't want to make a "ghost train film". I appreciate films like that, and I enjoy watching them, but in my film I wanted to focus subtly on psychological pressure. The script always adheres to a rising curve, so that was also the top priority in the cinematic design. We were very accurate and created precise storyboards. With 25 days of shooting, we had no choice. Within the scenes, we didn’t really have the luxury of being able to shoot something that might be dropped later. Naturally a lot was done in the editing process, especially about how the suspense built up in detail. With the camera work, we knew that we had hardly any leeway. I definitely wanted to keep the tension in limbo for a very long time and to maintain an uneasy suspense.


To what extent did the handling of sound also play a crucial role?

PETER HENGL: For this kind of mounting tension in particular, the sound is very important. I must also emphasize that I am very proud and grateful to have worked with such talented people: Theda Schifferdecker for the set sound, Lenja Gathman as sound designer and Peter Kutin as composer. Eric Spitzer, my professor of sound design at the Film Academy, said something like: It's easier to look away than to stop listening. That’s very true of FAMILY DINNER. What worked out very well was my aim of creating an unpleasantly quiet place. In post-production we recorded a lot of dialogue in very low whispers, with appropriate microphone technique. ASMR was also a concept that I wanted to employ in the sound design. It entails recording the sound at very close proximity, very quietly, with large-diaphragm microphones. Psychologically this creates a closeness that is sometimes perceived by the audience as pleasant but often as unpleasant. For example, in the scene where we see Claudia putting her son to bed from Simone’s point of view. The voices seem very close to the ear, so you feel like an intruder in an intimate situation, and it has something sinister and strange at the same time. I wanted the audience to feel uncomfortable, as if they didn’t really want to be there. It’s loud and threatening, with an element of violating privacy. For me, the whole film is a violation of a person's private sphere. My aim was to create a sense of encroachment.
Lenja Gathman has used bird and animal sounds brilliantly to create this unpleasant silence, because when you hear birdsong in the house, it indicates that everything must be very quiet. Peter Kutin created an impressive score that runs with razor-sharp precision on a level that creates tension in the calm. A lot of it a subtle interplay between silence and what you ultimately hear. 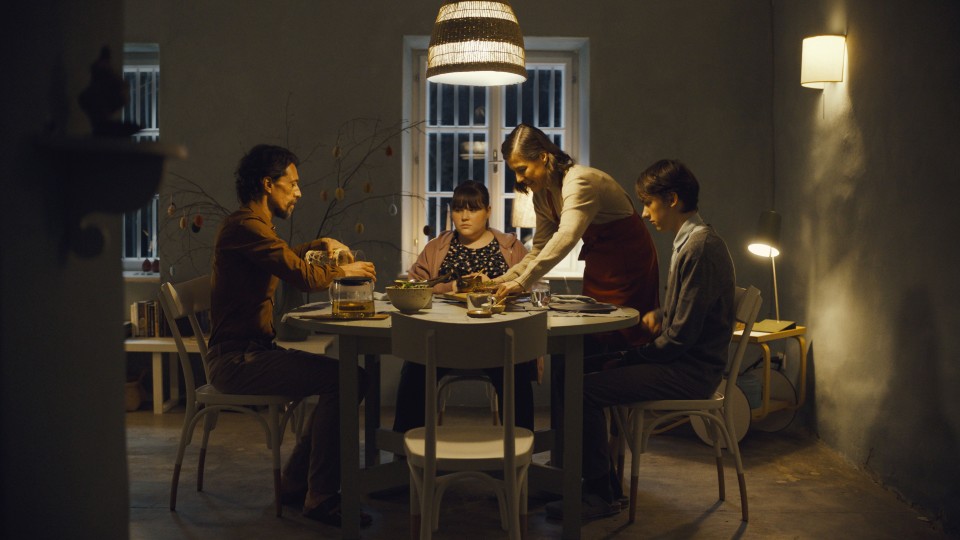 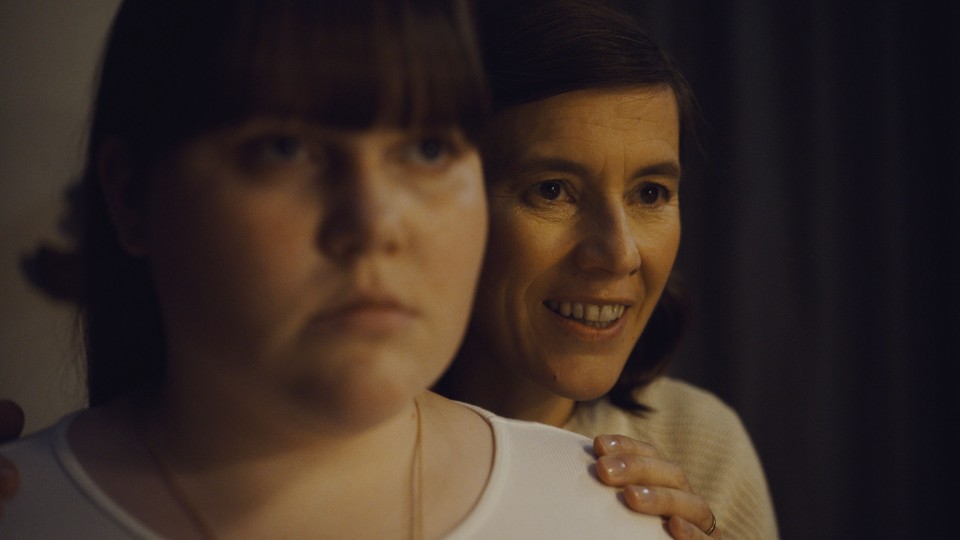 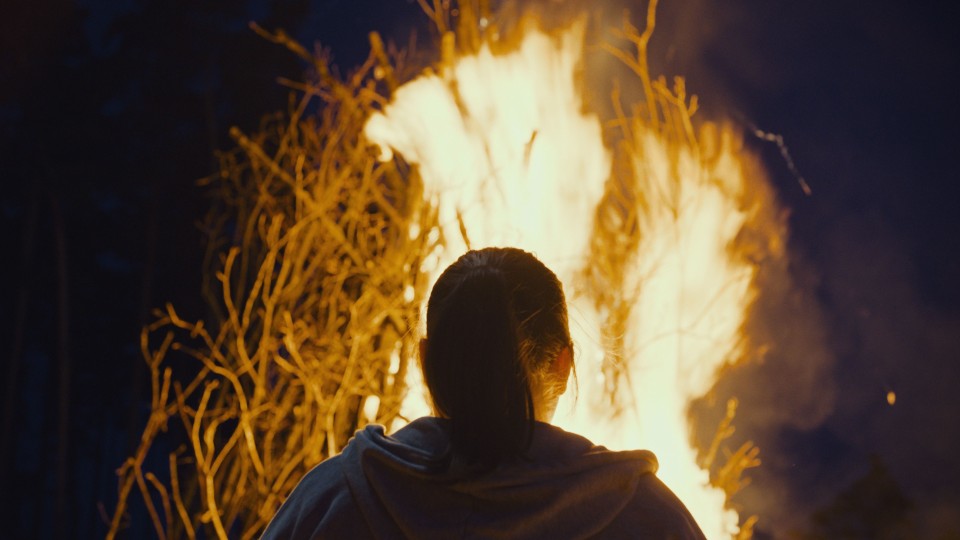 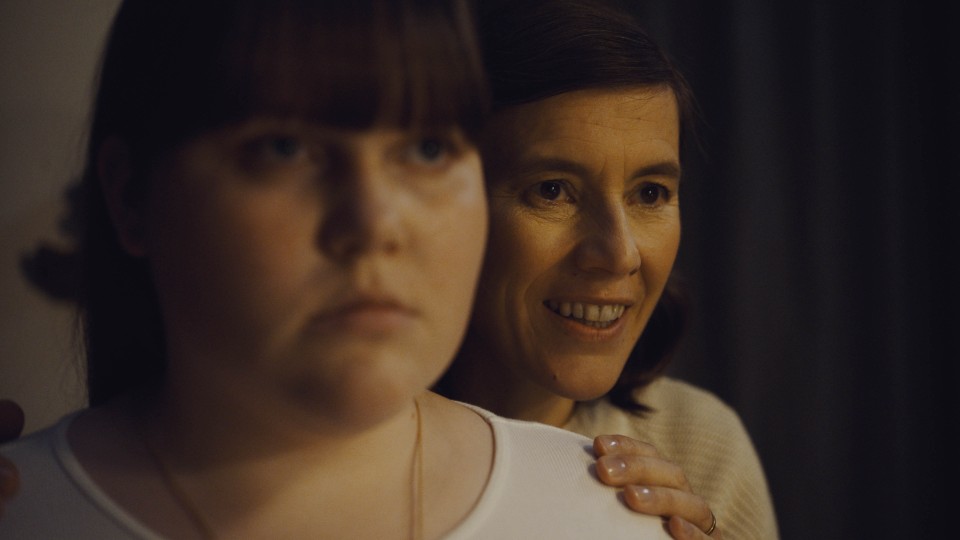 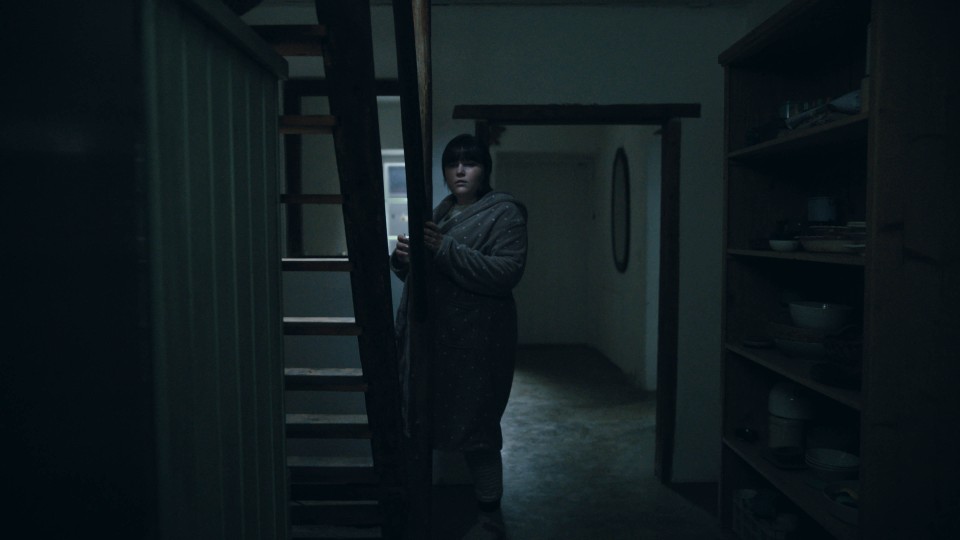 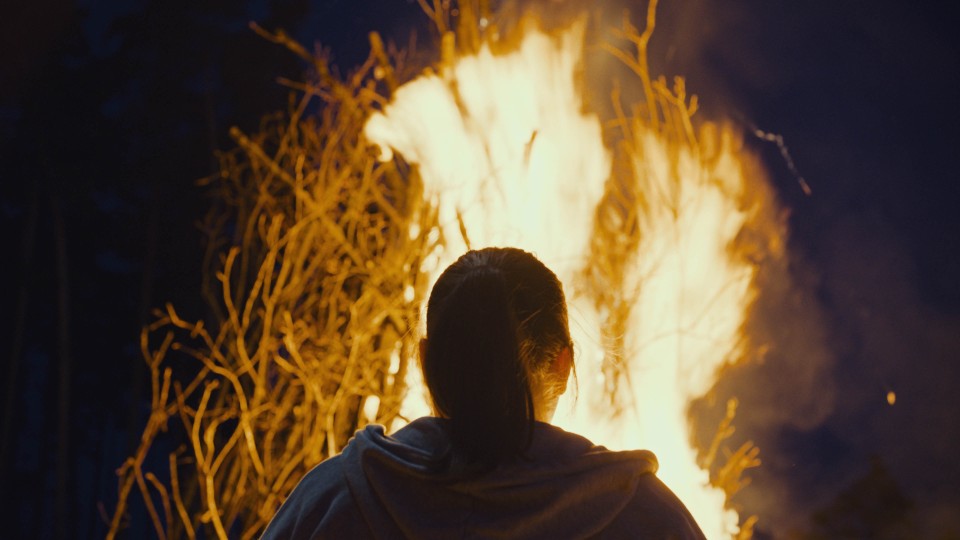 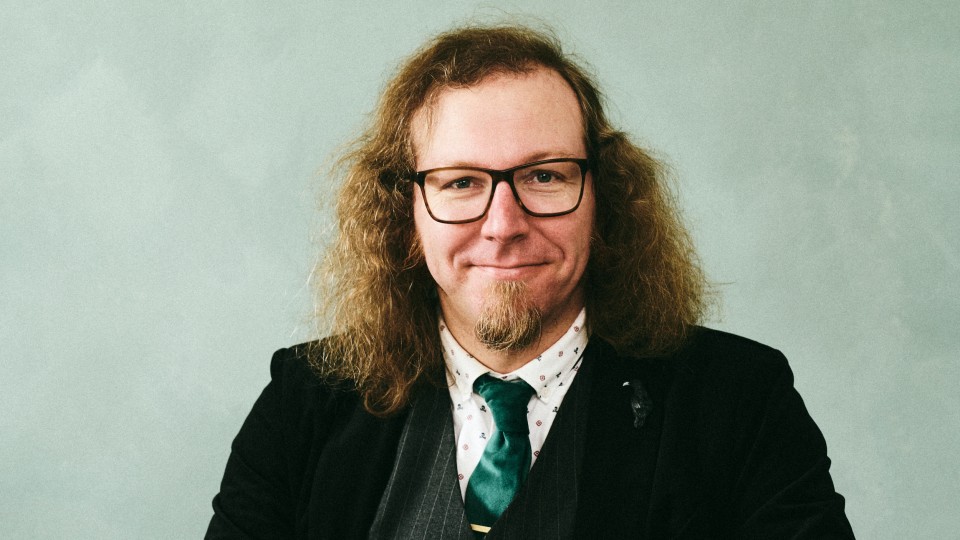