SEARCHHIDE SEARCH
What began for Ruth Kaaserer as a meeting with an elderly woman in a male-dominated competitive sport turned into an encounter with a fascinating individual who perceives her life as an adventure. A respectful interplay between proximity and distance has given rise to Gwendolyn, the portrait of a woman with endless facets and contrasts.


In Tough Cookies you depicted three young American women boxers, while Gwendolyn features an older lady who practices weightlifting as a competitive sport. Is this focus on movement/sport something that arose of its own accord from your interaction with moving images?

RUTH KAASERER: I find moving bodies on film fascinating. A Study in Choreography by Maya Deren and the films of Babette Mangolte about the dancer Trisha Brown have been among my inspirations. In both cases bodies have such a powerful presence. But how can you convey a picture of such archaic sports as boxing or weightlifting drifting without depicting them as ugly – and at the same time without idolizing them? On top of that, I had to face the question of how it is possible to depict the agony involved in training, for example. Before I met Gwendolyn, I pictured weightlifters as powerfully-built athletes with muscular thighs and faces contorted with pain. Gwendolyn, with her delicate figure, made the sport look so easy. I just couldn't get enough of watching her. I talked a lot with my cameraman Serafin Spitzer about how we could portray in images a sequence of movements which is always essentially the same. In the end we decided to focus on the communication between Gwendolyn and her trainer, Pat. The intimate movements between those two struck me in any case as a kind of choreography.


Both films focus on sports which are clearly male-dominated and have masculine connotations. How did you come to choose these particular sports?

RUTH KAASERER: When a woman practices a sport which is normally regarded as a male domain, she steps over a border. The very fact that the subject needs to be addressed today is absurd. I was particularly interested by the fact that in many places women were not permitted to practice boxing for a long time, even though a large number of women had the desire to do so. That was also the background to my interest in weightlifting. This time I wanted to develop my film around an older woman, someone who has already achieved something in her life. As well as the sport, I’m also interested in the subject of getting old, and what that means for a woman in particular.

RUTH KAASERER: I met Gwendolyn through a friend; I had told her I was looking for a woman weightlifter, and she knew Gwendolyn personally. When I first got in touch with Gwendolyn it was just before her second big operation for cancer, so it was by no means certain that she would want to meet me at all. But in fact she invited me to her home for a meal. It was a long evening, and she told me lots of stories. The day after her operation I went to see her in hospital. Although she was weak, and she had a large scar on her throat, she was able to joke with her son over the phone about having her own suite there. I was very moved by this courageous woman whose sense of humour didn't desert her, even at a moment like that. That’s when it became clear to me that I wanted to make a film with her.


In the first sequence of Gwendolyn you show a bandage being removed, and we see that we're dealing with a woman who is somehow wounded, a white woman who has a younger black man at her side. In the second scene we see this fragile woman lifting weights. How did you find a way to approach a person with so many different facets in your film?

RUTH KAASERER: I decided that in order to do justice to the many aspects of Gwendolyn’s personality it wasn't necessary to show everything: it would be better to concentrate on very particular features. I was particularly concerned with the question of how to show her intellectual side. I met her at a time when she was in the process of retiring and moving into a new apartment. Her impressive career as an anthropologist and assyriologist was in the past. It was like a new phase in her life. Instead of concentrating on what was no longer there, I decided to accompany her with the camera for a year. The changes in her life were quite evident in any case.


It's quite a paradox that she wins competitions in an activity that isn't really how she defines herself, while she remains in the background as regards the part of her life that actually corresponds to her knowledge. I suppose that's one of many contradictions in her personality?

RUTH KAASERER: In the film Gwendolyn tells her son Joseph that when she gives a lecture she feels entirely in her element, while she never has that sensation when she walks onstage in a weightlifting competition. The fact that she has become world champion three times despite that sense of unease is just one of the many surprising things about her. Gwendolyn lives on the edge; she isn't afraid of anything, and she keeps on reinventing herself. The only limitations to her life that she accepts are the ones she sets herself. In that sense I always regard her as an adventurer. She isn’t afraid of trying something new. If there is something other people wouldn't dare try, she wants to know what it feels like. For example, with her cancer: instead of trying to fight it, she set about coming to terms with it. And that attitude is an important component of her character.


Gwendolyn is a strong, very independent woman. You portray her predominantly in terms of her relationships with men: her husband Charlie, her trainer Pat and her younger son Joseph.

RUTH KAASERER: Those relationships are clearly the most important ones in her life, even though she also has many female friends. In each of those three relationships I sense a strong sense of trust, a way of accommodating each other. What I find very interesting about her son Joseph is his embroidery. It's such precise work, and it emphasizes the gentle side of a very powerful man. While he is making a quilt, his mother puts her lectures together in a similar patchwork style. During the film the two of them have poetic conversations with each other. I've seldom heard a mother and son talk the way Gwendolyn and Joseph do. Charlie, her husband, is less interested in her intellectual side. Other people might choose a partner they could communicate with in a similar way. But Gwendolyn and Charlie's relationship comes alive precisely because of the differences between them, and the lack of dependence. Charlie and Gwendolyn relate to each other during the film over a very simple activity: cooking. Pat, Gwendolyn's trainer, is the most important supporting character in the film. He not only encourages and guides her in terms of physical training; he also cares for Gwendolyn with great tenderness. More than that: he worships her. She confides her anxieties to him. The two of them have an unshakeable friendship. He’s like an actor: watching him, the way he moves his body with such confidence, the way he literally dances across a room, and seeing how Gwendolyn can rely on him, was very moving for me. On top of everything else, there’s also another aspect: getting old. The relationship between these two shows how they experience that process together.


One of the particular strengths of your narrative technique in the film is the way you achieve something like a simultaneous presence of proximity and distance. Is this a basic tenet of your approach to your characters?

RUTH KAASERER: It's important to me that they should be given space. At the same time, I did tell the story from my perspective. Gwendolyn acts in front of the camera with great self-confidence. I wanted to use that potential. Generally we filmed in a targeted fashion. There was a plan for each scene: where it would take place and what content it would feature. Within this plan, Gwendolyn and the other characters could move around freely. Of course, there were also times when we didn't adhere to the plan. For example, in the warm-up room just before Gwendolyn went on for the world championship. She was so nervous that she didn't want to have the camera around. But I knew I just couldn't miss that. It took quite a lot of persuasion.


She describes her apartment in London and her life in the city as "metonymous", as a little world which is enough to participate in the whole. Your film also follows this principle, by remaining entirely in the present and at the same time telling the story of a whole life, without flashbacks. It focuses on the "little" life of an individual, and in doing so it answers a lot of big questions.

RUTH KAASERER: Gwendolyn has an extremely interesting family background. Her grandmother, who was a doctor at a time when very few women took up that profession, was an important person in her development. The grandmother came from a very wealthy family in the USA and moved to Austria to marry an officer, and she adopted a completely different lifestyle here. She was already transcending borders. You can sense this background in Gwendolyn's manner, although she isn’t at all arrogant about it.
As far as I'm concerned, she exudes calmness – and at the same time, she always seems to be in motion, taking in everything around her. One result of her illness has been to emphasize to her the transience of life. She embraces this awareness, and it means she can take delight in very simple things like flowers in a meadow. At the same time, she explores her physical limitations with weightlifting. She is a woman full of contradictions – an adventurer, in fact. 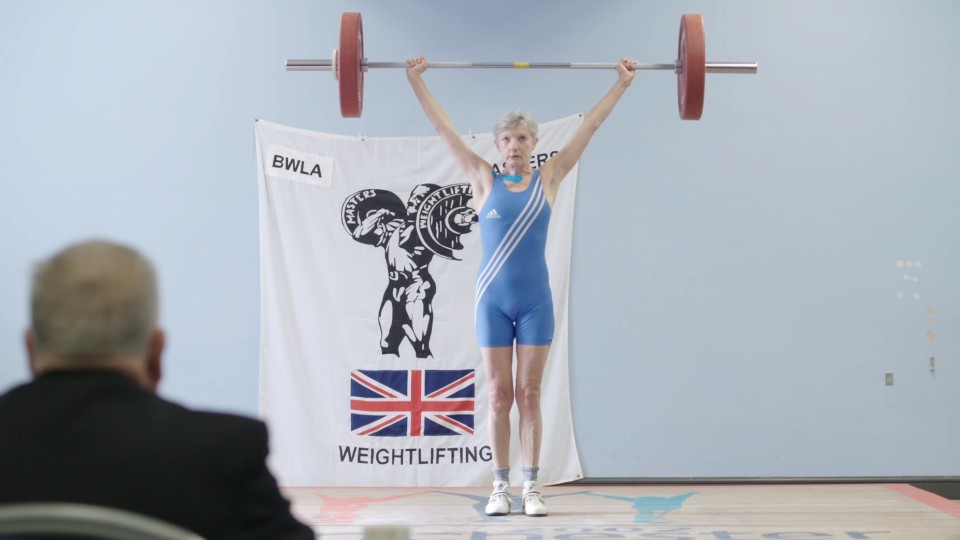 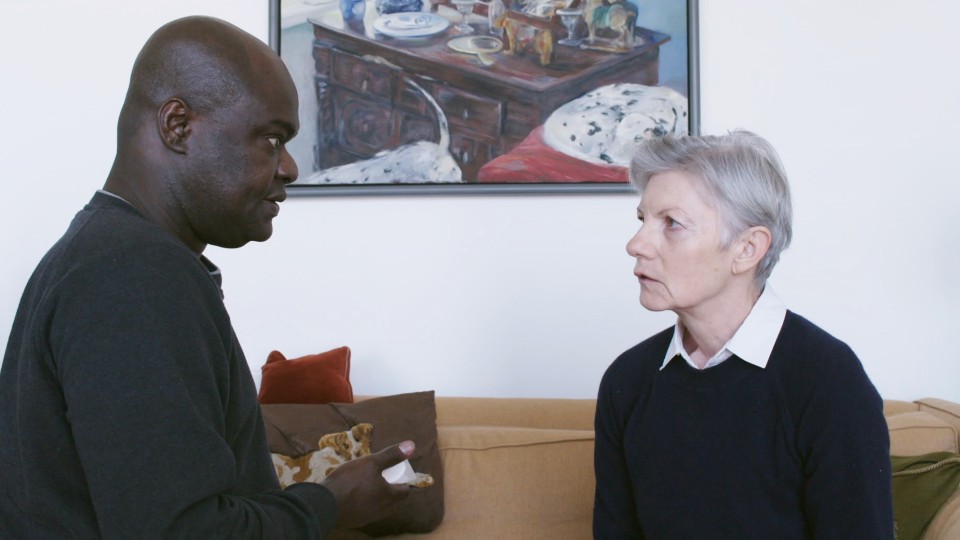 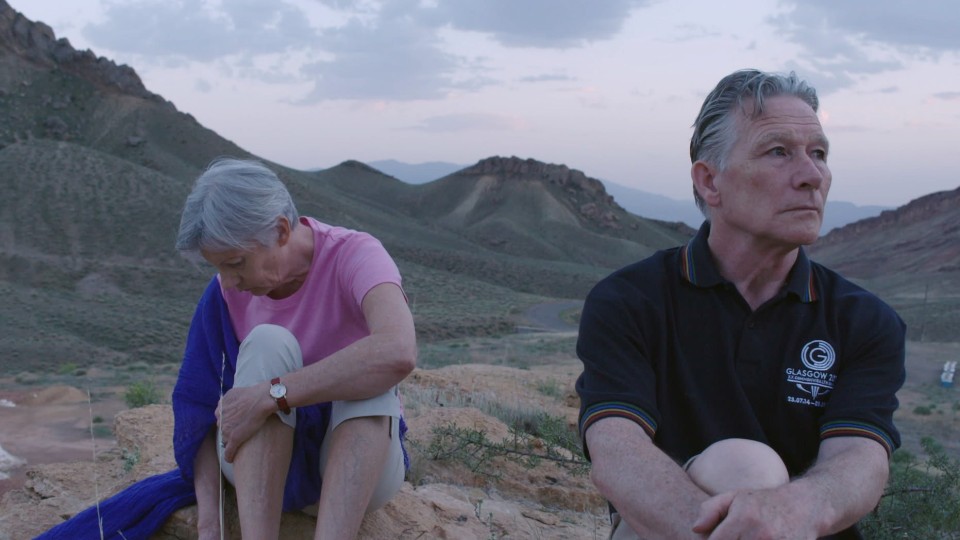 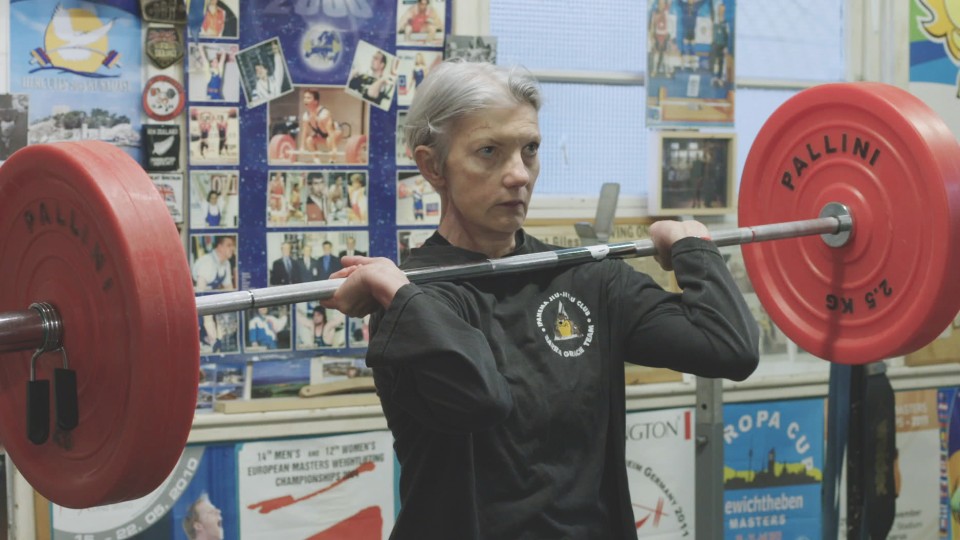 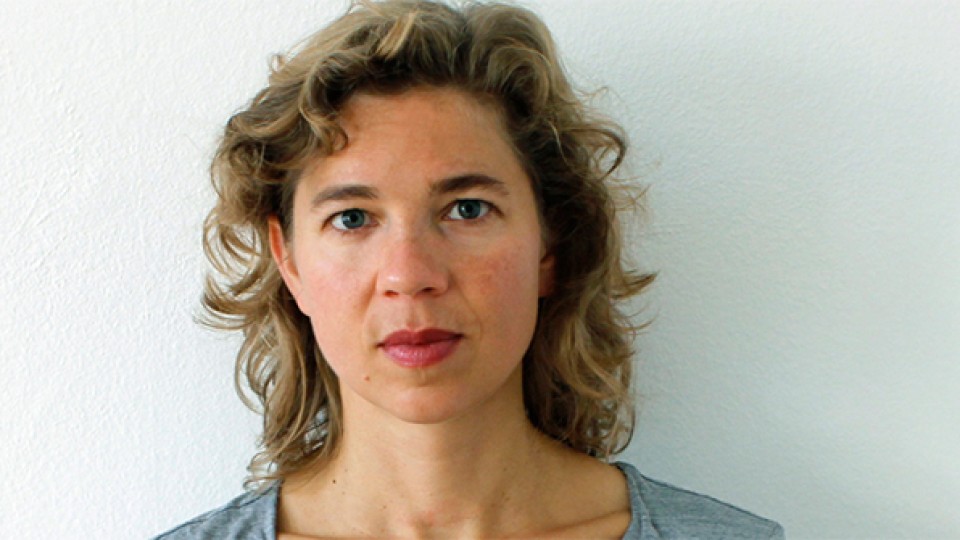