All
you can
watch
If the results of prenatal diagnosis indicate anomalies, prospective parents are faced with an extremely serious decision. In The Third Option Thomas Fürhapter goes beyond a focus on free choice and individual destinies; he employs a stringent documentary structure to examine social consensus about normality and disability, questioning the true nature of freedom in a society marked by striving for optimization and normalization.


The starting point for your film essay The Third Option is prenatal diagnosis, a medical procedure which aims to predict the unpredictable, to make the invisible visible. What prompted you to employ the medium of film to draw the attention of a wider audience to a subject which only concerns one segment of society: prospective parents?

THOMAS FÜRHAPTER: I don't believe it does only concern a small group of people. It concerns all of us. The aspect of prenatal diagnosis that people are reluctant to bring into the foreground is the fact that it exists to differentiate between the "good" and the "bad". Consequently it is also used to decide who should live and who shouldn't, who should become part of our society and who shouldn't. The established parameters that determine what constitutes disability – and therefore what constitutes normality – are the product of social discourse. However, whenever the subject arises in mainstream media (which is seldom enough in any case), I've noticed that it is generally reduced to the aspect of individual decision on the part of the parents and the moral question of right and wrong. I'm far more interested in what the women/parents have to decide in favor of or against. What is normality? What is disability? Which forces and powers come into play here? Naturally answering these questions reflects on the current concept of humanity, the state of scientific progress, medical and economic factors; it is above all a symptom of what Michel Foucault has called biopolitics.


Hardly anybody talks about the emotional and ethical impact on the parents/mothers when they are forced to decide whether to terminate a pregnancy on the basis of a medical diagnosis. How did you decide to include in the film the personal stories of people who have been through this?

THOMAS FÜRHAPTER: My aim was to separate the subject from individual experiences, going beyond them to position it in a social context and raise the question of what’s happening in a discursive sense. What is the basis on which decisions are made in such situations? Alongside a series of conversations with doctors, psychologists and cultural studies experts, I interviewed three women and one couple who had chosen to have a late termination. There are several reasons why I don't show these people in the film. Firstly, I wanted to step back a little from the immediate emotions. Some of the people I spoke to – and not only those immediately affected – wouldn't have allowed me to interview them on camera. I had the audio interviews transcribed and spoken by actors, and that was also for formal reasons; in my film work I’m fundamentally interested in the relationship between the sound and image level. I can create interesting connections by using an image and a voice off.


One question The Third Option throws up very powerfully concerns the extent to which economic factors of normalization and optimization have also come to dominate the human sphere. Which norms are demanded by our current society? What pressures for optimization have been accepted voluntarily by the general public?

THOMAS FÜRHAPTER: It's certainly not the case that lawmakers force parents to abort a child. The decision is made freely by the parents, but this happens against a background of enormous reverence for the norm. The decision, made from "free will", expresses a profound need to be considered normal. If the child doesn't correspond to the norm, it means the parents don't either, though in a more diluted form. In this context the power of the norm is extremely devious. It appears not as a command but as an expression of free will. That's what makes it so efficient. In the film I try to make visible the whole optimization mechanism surrounding prenatal diagnosis – including for example the fitness complex – which our society subjugates itself to voluntarily. At the same time the impression is created that being part of that society would be impossible if you chose to give birth to a disabled child. People with disabilities have no place in large sectors of our society, even though some steps towards integration of disabled people in public areas like schools, nurseries, etc have been made in recent years. The very possibility of selective pregnancy termination suggests the conclusion that avoiding having a disabled child is the best decision. I don't think there’s any need for additional pressure on couples or mothers here.


The subject of norms implicitly requires the corollary, the abnormal. Where is the border beyond which deviation from the norm tips over into exclusion? Is it actually contradictory to postulate an inclusive society in view of current tendencies?

THOMAS FÜRHAPTER: I don't believe it's that clear cut. In a legal sense there are definitions and grades referring to the level of disability, expressed as a percentage. There isn't a rigid line between "normal" and "not normal". However, I feel the central point is that disability is considered a negative deviation from the concept of the norm, an attribute, a discursively created narrative. Without the concept of a normal body, disability wouldn't exist. I consider it extremely positive that measures are being taken to promote integration and inclusion. And a great deal has been done in this area over recent years. On the other hand, while efforts for inclusion and integration do improve the immediate situation of people with disabilities, they don't question the very concept of disability; if anything, they cement it in place, because integration and inclusion depend on the idea of disability. It’s exclusion that makes something like inclusion possible and necessary.


The approach you adopt in The Third Option also seems to convey an ironic note, when you focus on the economic factor of "prospective parents/prospective child" or the fitness cult and life-long striving to optimize the human body.


THOMAS FÜRHAPTER: It is perhaps something that makes you smile. But it wasn't my intention to mock anything. It didn't really develop this way until the editing phase, when sound and image came together. On a visual level, after all, the film depicts a happy pregnancy where everything goes smoothly right up to the birth – while on the sound level it's completely the opposite. This contrast gives rise to something that you might call irony. Maybe the film – at least in places – could be read as an inverted disabled joke, because you’re encouraged to laugh not at "the disabled" but at us "normal" people. It was my concern to reverse the perspective at every stage, to focus not on disabilities but on mainstream society. When pregnancy is ascertained a sort of optimization logic is launched: healthy food, sufficient exercise, relaxation classes before birth and swimming classes afterwards, etc. At some point in the film there’s a sentence claiming that prenatal diagnosis has degraded the woman into a fetal environment. She has to create the perfect surroundings and keep fit so the fetus can be served in optimum fashion. You can also see termination as part of this optimization logic: if the possibility that a particular child can lead a normal life is excluded, then death is a way of satisfying the imperative of "life optimization".


In terms of emotion, you attempt to treat the subject – which is extremely emotionally charged – in a very individual way: you present contrasting extremes on the visual and sound level, or you allow the imagery to speak entirely for itself. What was your attitude to the subject of emotion? Was it an issue more in the editing process or in the concept/script writing stage?

THOMAS FÜRHAPTER: It was both. Something highly emotional which is expressed in an ostensibly calm way can be much more powerful. It's a stylistic method I consider extremely appealing. I don't like it in documentary or feature films when too much emphasis is placed on foregrounding feelings. If emotion becomes stylistically detached it may have a more powerful effect because something is expressed between the "how" and the "what", something doesn't fit together. It was clear from the outset that I wanted to step back slightly from the emotion in the subject, which is so emotionally charged, so the audience wouldn't be knocked out. I mean, it wasn't my aim to present the audience with an emotional broadside; I wanted to use genuine filmic means to provoke thought.


Why are all the voices off camera?

THOMAS FÜRHAPTER: There are several reasons. First of all, I wasn't concerned with individuals but with the discourse, or rather a critique of certain discourses that have simplified and reduced the issues in a banal fashion. Another reason was the design and structure of the text. And last but not least, I was interested in playing with the documentary film’s claim to express the truth. One of the classic rules in documentary filmmaking is that original voices should be used, preferably with the individuals shown and captions to explain who they are. The truthful quality that is signaled to the audience by using an original interview is undermined in my film by the use of actors or inner voices in order to give the whole thing a fictional flavor as well. I was also interested in breaking out of the classic mode of documentary filmmaking. In a way you could say my aim was to make visible the staging techniques employed by every documentary.


Contrast is a determining narrative technique in The Third Option, such as the counterpoint between the pregnancy that is free from complications and one which ends with termination. The idea of a third option implies a first option, healing, and a second, alleviation. To what extent did you encounter in your research a gray area where parents are faced with a huge dilemma because medicine can't give them clarity about either of those two options?

THOMAS FÜRHAPTER: With some of my interview partners the severity of the disability was an important subject. I've heard of cases where abnormalities were diagnosed but the parents decided against a termination – and then gave birth to a completely "normal" child. In all likelihood the opposite also happens. I think it's always a case of estimates and prognosis. To a certain extent that's what the doctors say as well. What becomes visible in any case is the limitation of our omnipotent fantasy, our need for control and feasibility. I'd like to close by saying something else about the title. "The third option" is a quote from the film referring to what might be called the exclusivity of prenatal killing. But "the third option" can also be read in a different way, as an alternative to the binary logic of normal/disabled or healthy/sick, etc. Perhaps there really is something beyond that, a third aspect that is neither the first nor the second, and that might not be quite so clear: the utopian aspect of this film is also, for me, in the deconstruction of such binary categories. 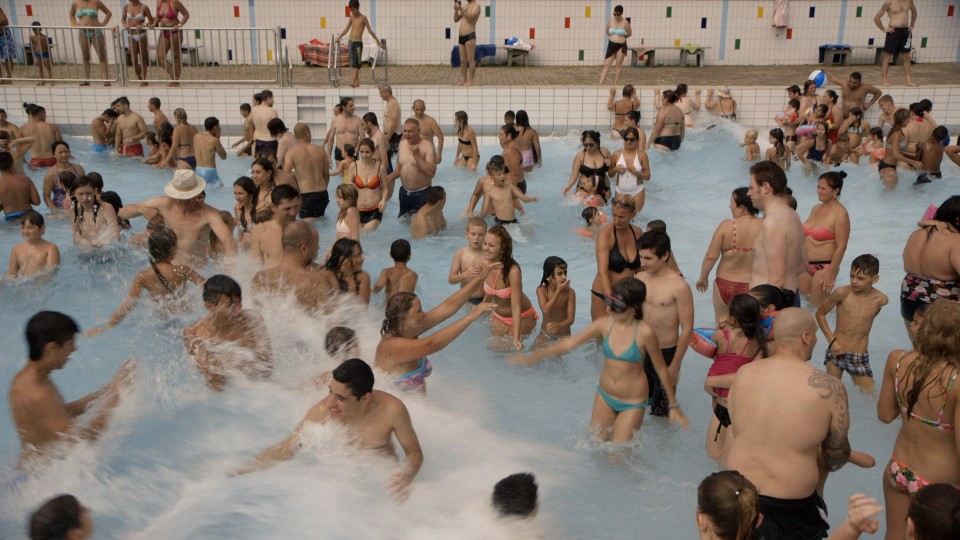 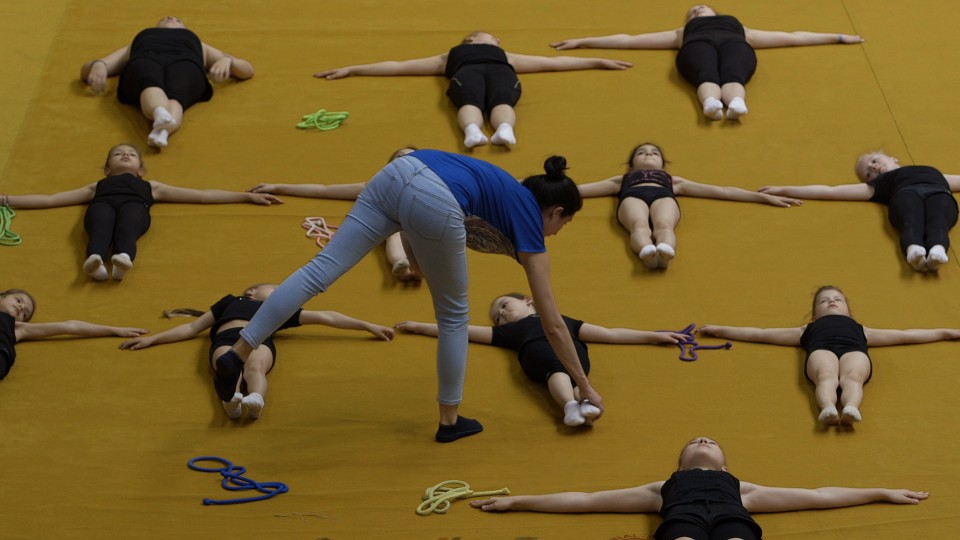 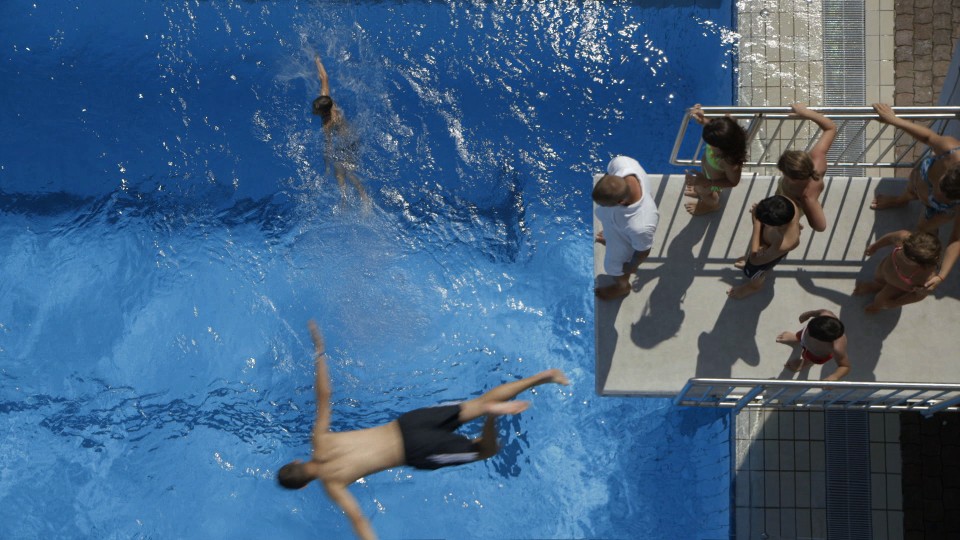 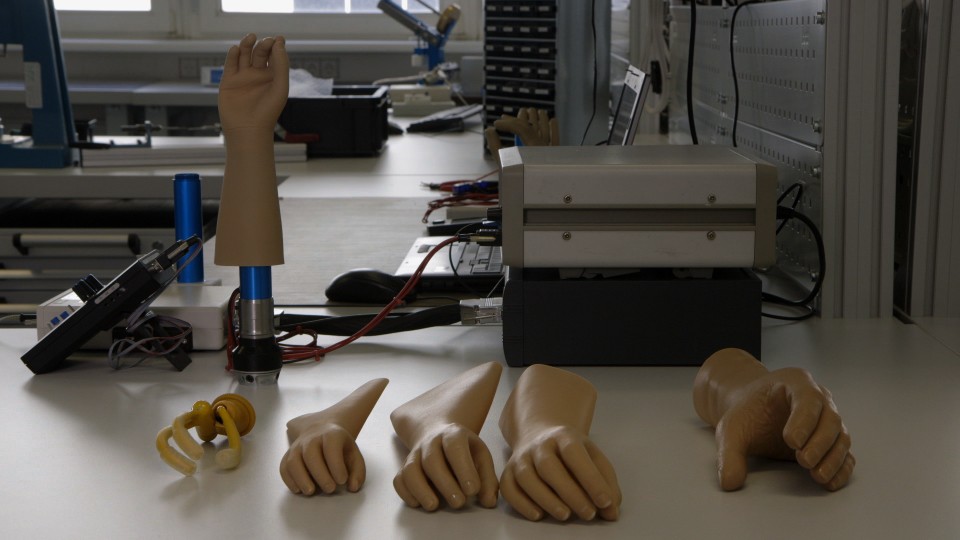 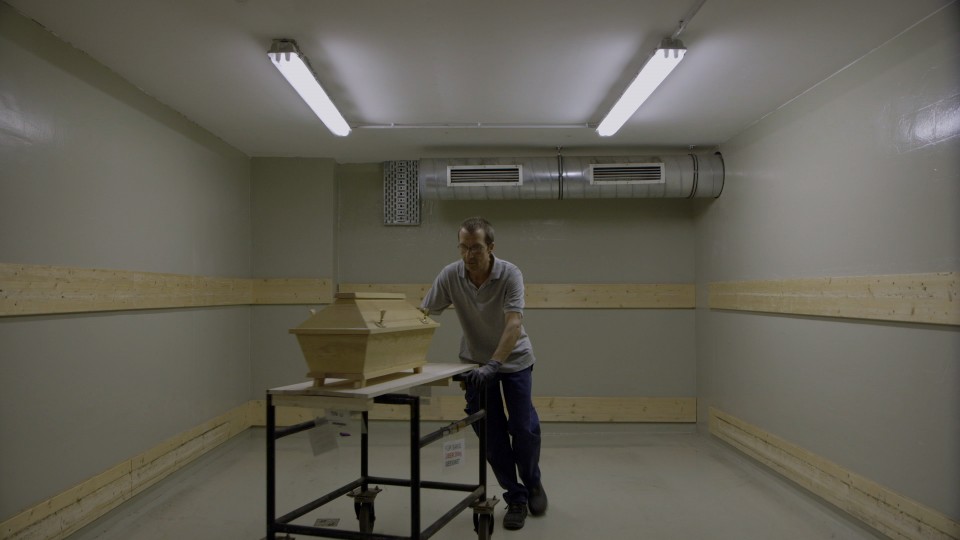 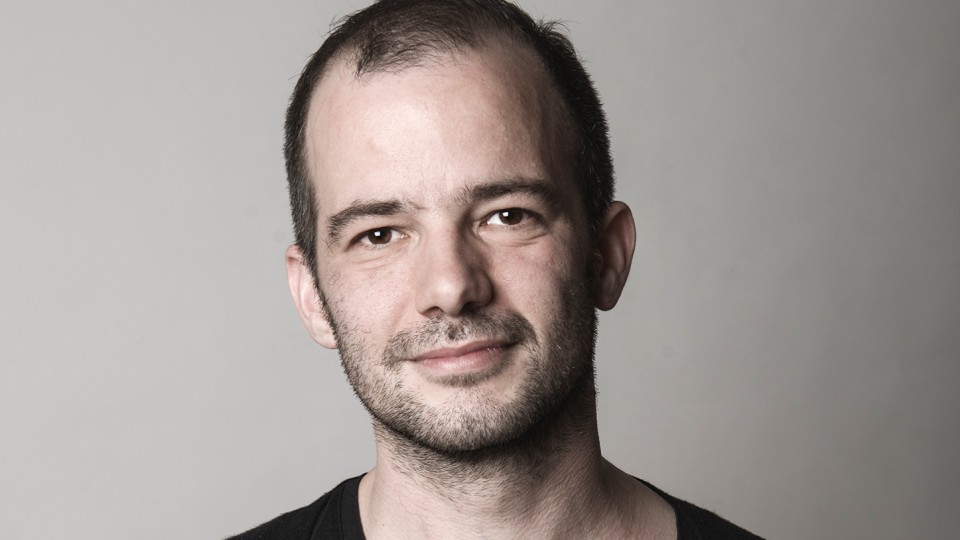 «The utopian aspect of this film is also in the deconstruction of such binary categories.»