All
you can
watch
A few years before The Wall, Marlen Haushofer wrote the novella Wir töten Stella (literally We Kill Stella), where a narrator reviews the circumstances surrounding the death of a young girl who has been run over by a truck. The edifice of the solid, middle-class family where 19-year-old Stella comes to stay for a year as a student is soon revealed as a merciless trap; each member of the family betrays the young woman in a different way. Behind the flawless facade of this house Martina Gedeck, playing the solitary mother and wife, is already gripped by that sense of isolation which will completely cut her off from her surroundings in The Wall. A conversation with Julian Pölsler about the second part of his Haushofer Trilogy.

In 2011 you filmed Marlen Haushofer's most famous novel, The Wall. Now, with Killing Stella, you have adapted for the screen a novella which appeared about five years earlier. What is it about Marlen Haushofer's work which captivates you and prompted you to embark upon another film version of her work?

JULIAN PÖLSLER: During the course of my intensive studies of Marlen Haushofer's work I discovered that there are three texts which she wrote in the first person. The Wall is the most famous, this novella is the shortest text – and is virtually unknown – while The Loft is a later novel which is also not particularly well-known. I found the idea of approaching this trilogy from a filmic perspective very appealing. For me personally the cinema screen seems to be the ideal platform to appreciate Marlen Haushofer's wonderful language to the full. Killing Stella was in that sense the next step for me. In fact, during the process of writing the screenplay for The Wall I did write a version without a first person narrator, in an attempt to avoid the accusation that I was remaining too close to the text. The result did have a certain interest, but it lost its very distinctive quality. Haushofer's texts achieve their depth by means of the perspective and the wonderful language she uses.


The Wall is a novel, while this is a novella about 50 pages long. From a dramaturgical perspective, did this present you with a completely different task?

JULIAN PÖLSLER: Yes, absolutely. At first I was surprised to find that the rights for both texts cost the same. Although this novella was published in 1958, it contains a great deal that is still relevant today. During the course of my research I conducted countless interviews and discovered a lot of relationships where women – no matter what their educational background  – told me that consideration for their children, along with fear of losing their social standing and fear of being alone, have prevented them from breaking out and breaking through. That was surprising for me, but also very fascinating. When I was getting this project off the ground I had to convince a lot of people that the story still had validity today. I think emancipation is generally regarded as being far more advanced than it actually is. It's rather like wishful thinking. As long as there are different salaries for the same jobs, emancipation hasn't really happened. Marlen Haushofer was able to describe in a very fine way this imposed passivity within a bourgeois straitjacket, this feeling of waiting, back in the 1950s.


The tense of the novella’s title is alienating, because it's in the present (We Kill Stella), even though the text, like the film, is set out as a reconstruction within a framing device. How do you read the title? As a joint resolution on the part of the family to oppose the intruder, as the documentation of a murder which is deliberately allowed to happen, as a confession of guilt?

JULIAN PÖLSLER: The first question I confronted was why the title isn't "I Kill Stella". It becomes very quickly apparent that we’re not dealing with a simple whodunnit here. It is of course much more multi-faceted, much deeper. In the end everyone is to blame, not just Anna. In the text the only person Anna exonerates from guilt is the little girl Anette, although she isn't really very close to her. In my view that's a sign on Anna’s part that everyone – her husband certainly, but also the son she loves so much – has some blame. I once heard about a case where an adolescent boy used to spy on his whole family in their apartment, using surveillance cameras – even in the toilet. When Wolfgang asks his mother at the end to persuade his father that he should be allowed to go to boarding school, I perceive that as an admission that something has happened which shouldn't have taken place.


The novella is structured as a reconstruction, which implies that we are moving towards a dramatic event. I had the impression that in terms of cinematography and sound design, you have given rather more emphasis to the dramaturgical structure of the thriller. Why did you decide to adopt this genre approach?

JULIAN PÖLSLER: I spent a very long time thinking about the best way to resolve this issue. At some point I remembered a sentence by Charles Bukovski, who said: "When you write a poem, you have to sit at your typewriter as if it were a machine gun." And Haushofer’s text presented me with the question: "How does this woman manage to be so clear and hard towards herself? How can she observe herself with such clarity of vision and describe herself so uncompromisingly?" That doesn't apply only to herself: she is the same towards her husband. Anyone who knows something about Haushofer's life will realise that Anna has a great many autobiographical features. Naturally I also attempted to remain close in stylistic terms to my first Haushofer film, The Wall. There are quite subtle flashes of particular motifs which continue the visual language used in The Wall.


KILLING STELLA is set in an urban environment, and you have chosen to locate the action in modern times, rather than the period when the novella was published. Why?

JULIAN PÖLSLER: Even when I started to work on The Wall I had to face the question of which period setting I would use for my film adaptations. I finally decided on the present, but I permit myself now and then some minor references to the 1950s, such as the Mercedes and in particular the typewriter. In this film we see the original typewriter that Marlen Haushofer used when she wrote the novella: it was placed at my disposal by the curator of her estate, Sibylle Haushofer. But I didn't want Anna to write only on the typewriter; I wanted to create an arc that extended into the present. That's why the letters on the typewriter gradually start to jam, until Anna reaches for an iPad and continues work on that. For reasons I mentioned earlier I am convinced that the story also functions well in the present. I deliberately employed this new media in order to demonstrate that it is merely a temporary phenomenon. The essential issues remain constant.


The film contains a number of references to your version of The Wall: Anna constantly stares out of the window, and she has a nightmare where she is facing a glass wall. It appears that for Haushofer the theme of being internally bound to the world and at the same time separated from it is not restricted to The Wall.

JULIAN PÖLSLER: This novella is actually the prequel to The Wall. Haushofer addresses this directly in the text, when she says: "That night evil approach me so closely that I could smell its stench and its breath. And I was afraid it would come through the wall." In the film, when she literally talks about a wall, I deliberately didn't employ a glass wall. It's a quite normal marital situation where Anna is lying in bed and feels separated from her husband without a glass wall.


Was it harder to adapt this novella than The Wall?

JULIAN PÖLSLER: Yes. And I hadn't expected that. After the surprising success of The Wall I thought that it would be easier to use the combination Haushofer – Gedeck – Pölsler again, but it wasn't like that. It was harder than for The Wall to set up the financing, and that's why I was prepared to consider certain compromises, although I still don't know whether it was wise to do so. It was simply unavoidable.


How do you choose the places in the text which feature as voices off?

JULIAN PÖLSLER: I have a certain technique. First of all I write out the whole text on the computer. Then I ask myself why I'm drawn to certain places for the off text. I try to analyze where the narrative needs more information to make it comprehensible. With Killing Stella this was much more important than with The Wall. I then discard some passages and work on others. During this long filtering process I get closer and closer to the final selection. So the text is like a stone dropped into the water of emotions, where it becomes polished. There are several places where the voice off describes what is visible onscreen at the moment. I like that, because it's important to me that people see the same thing not visually but emotionally. Haushofer's language is like a megaphone, pointing the audience’s attention in a certain direction.


For this film you needed three children or young people who could hardly have been more different. How did you select them? In particular with reference to Mala Emde for the role of Stella.

JULIAN PÖLSLER: I spent a long time casting the film with the excellent Eva Roth. Julius Hagg was a stroke of luck: he was recommended to me. I was looking for a fragile boy who also had an air of destructive energy about him. For Anette I wanted a girl who looked similar to the actor playing the father, Matthias Brandt. Just as Julius looks a bit like Martina Gedeck. These similarities to the mother and father were very important to me. I wanted the husband to be oily but likeable. At first I was certain Stella should be played by an Austrian, but then Mala Emde turned up and convinced me. I wanted a young woman for this role who is fragile and strong at the same time, and also displayed some similarities with Martina Gedeck. I did a great deal of preparatory work with the young actors, and I met Matthias Brandt in Berlin and had long discussions with him. 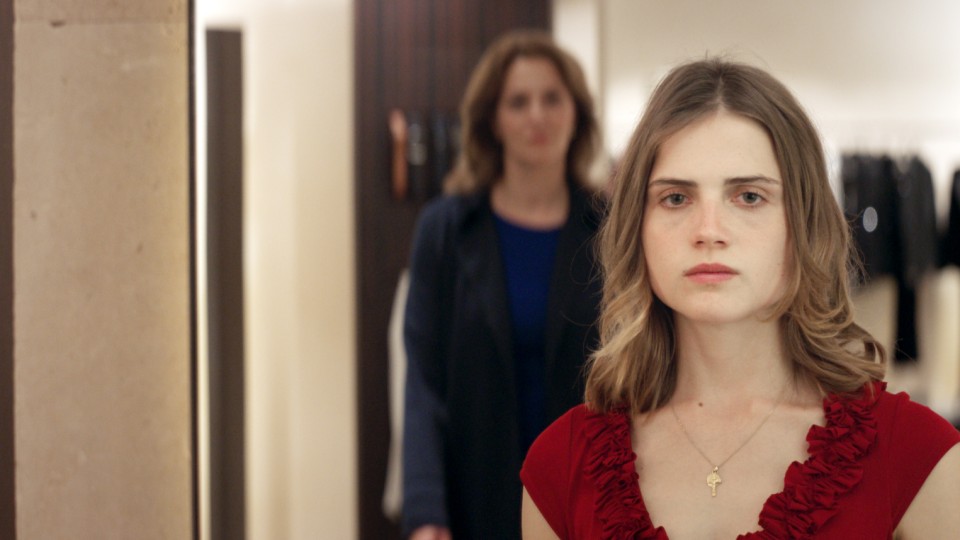 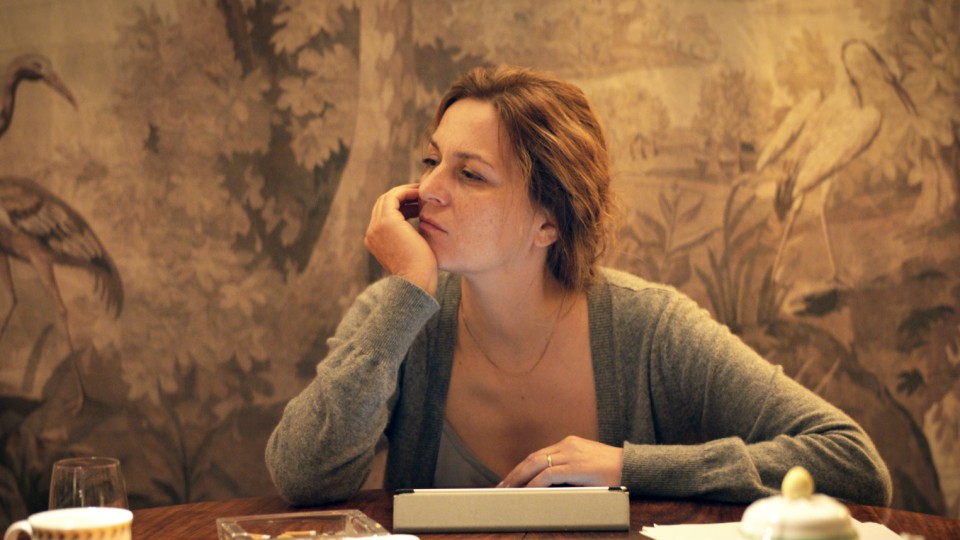 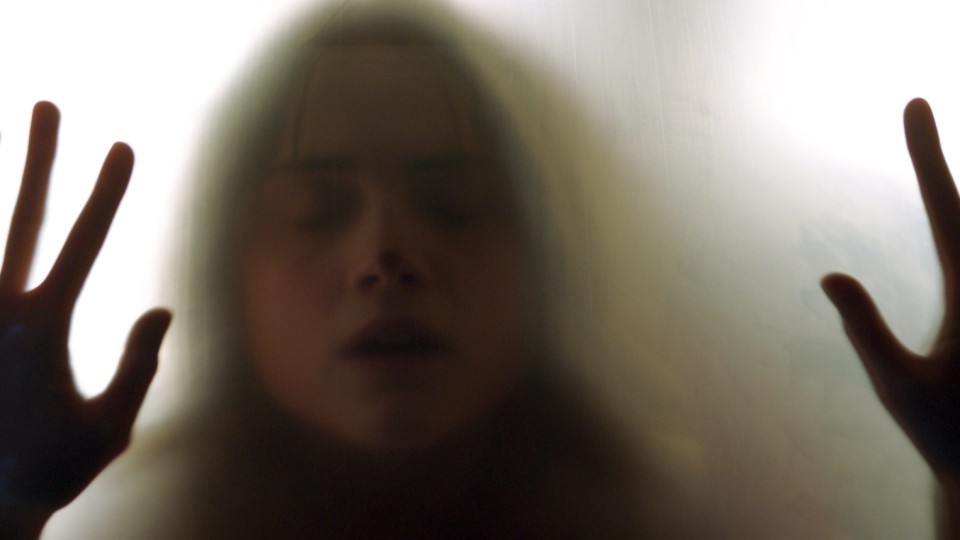 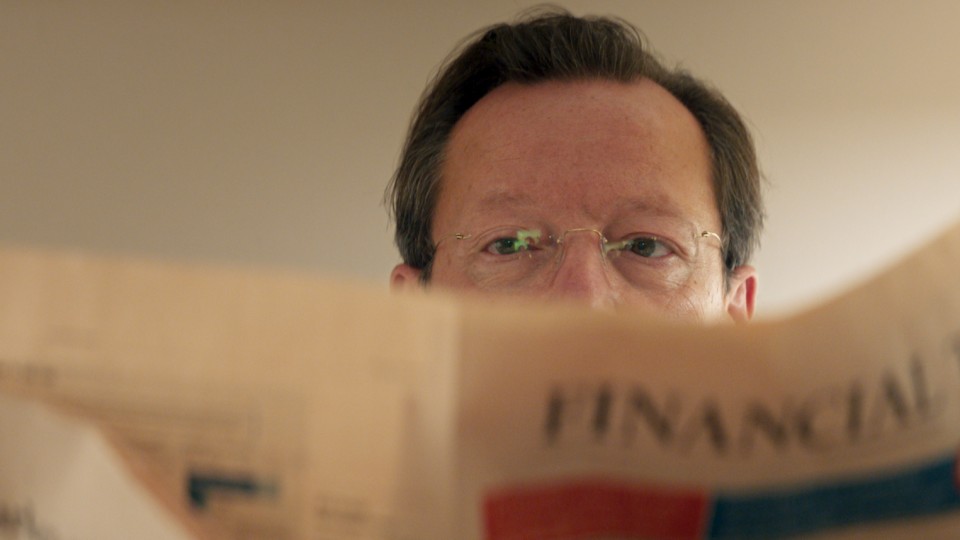 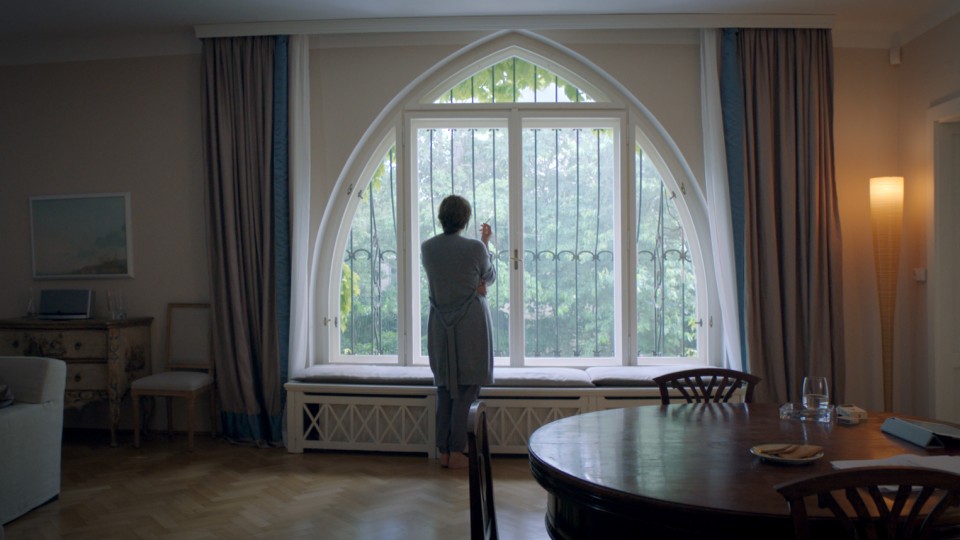 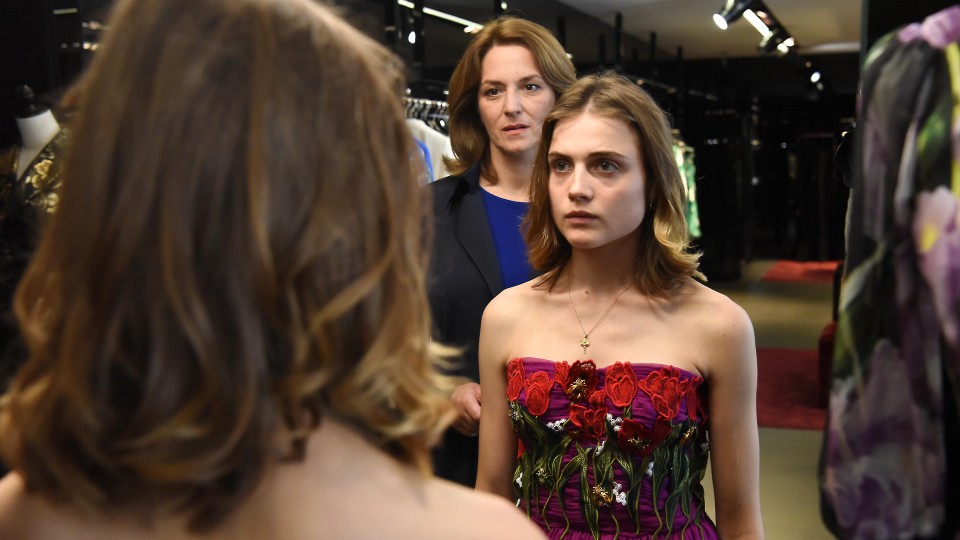 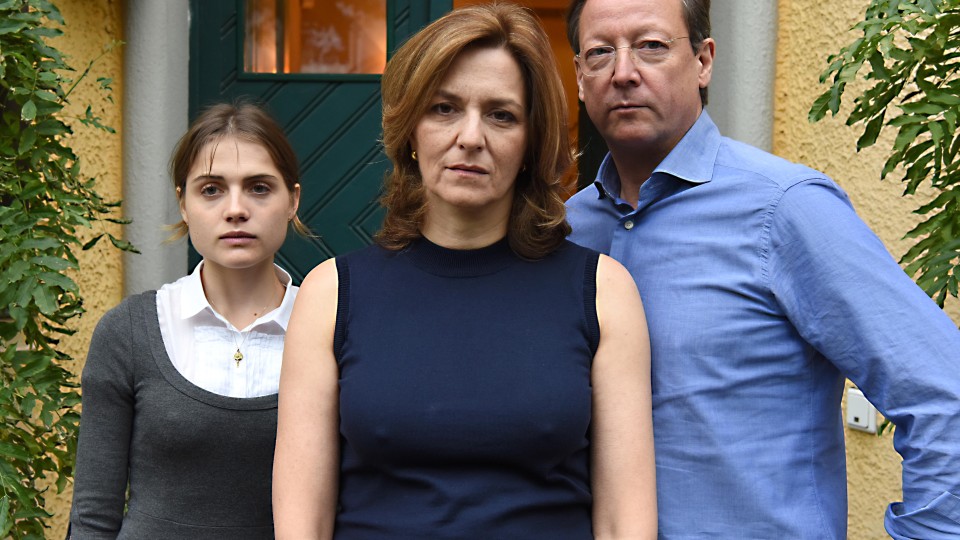 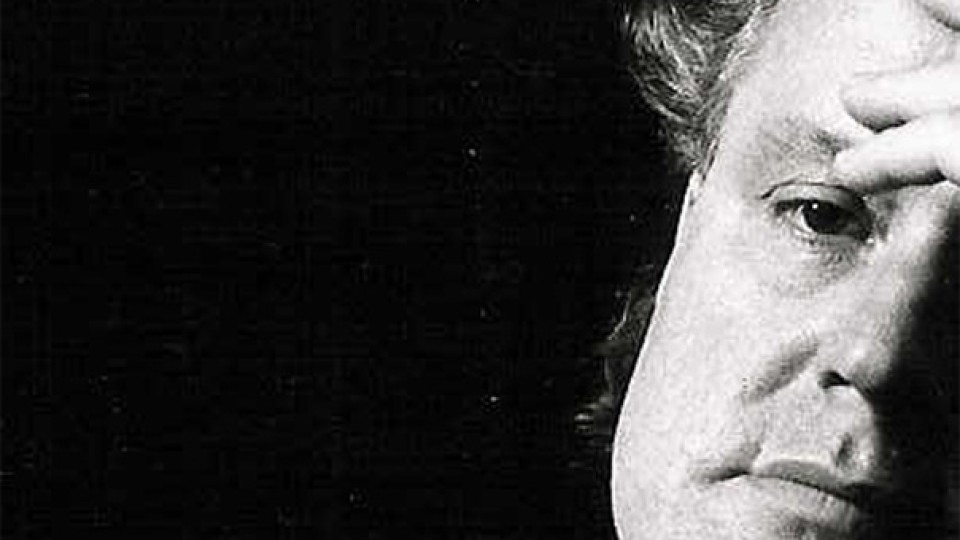