SEARCHHIDE SEARCH
A Russian businessman plans to construct a villa on a bridge in the center of Vienna, and a number of Viennese people with connections in high places are eager to help him out. Filmmaker Elena Tikhonova, who is from Russia herself but has been living in Austria for years, investigates a clash of mentalities in her first comedy, Caviar, demonstrating that you can have plenty of fun with Russian oligarchs and Viennese deal-makers – provided you know their weaknesses.


You are from Russia and have been living in Vienna for almost 20 years. During this time you have presumably learned a lot about Vienna and the Viennese people, as well as meeting the Russian community in Vienna; did you develop your comedy with material from both these sources?

ELENA TIKHONOVA: That's right. Actually I live in two communities: on the one hand Austrian artists, and on the other hand the Russian community, which also contains some artists but mainly a large number of "normal people", whom I know very well. I'm lucky in that people like to confide their stories and worries in me. I'm a kind of psychotherapist for them, because I really enjoy listening. They have shared with me stories which are amazing, amusing and sometimes strange. Many situations achieve a comic dimension as a result of cultural misunderstandings, and that's how I discovered this potential for a comedy, which I then used as the basis for my plot.


Caviar is your first feature film, and comedy is considered a difficult genre. Would you go along with that, based on your initial experience with a fiction production?

ELENA TIKHONOVA: I wouldn't entirely agree with it. Since this was my first film, one difficulty was that I'm still searching for my artistic signature. Another problematic area was that I knew very clearly which taste receptors I ultimately wanted to activate in my comedy, and I attempted to carry this through without compromise. What struck me as difficult was the fact that a particularly large number of people are involved in a comedy; everyone has their own sense of humor, and the scriptwriter, director and producer have to find compromises and consensus.


What was it that inspired you with respect to formal elements like the narrative voice and the animation?

ELENA TIKHONOVA: Both of those elements were aspects of my concept from the very beginning. The animation, because I wanted to introduce a playful note in order to remind the audience that everything was just made up, and it wasn't to be regarded as deadly serious. In feature films the use of voice-over is considered to be a kind of crutch. I don't see it that way. With comedies or culture clash stories in particular, things can be emphasized very well by using a narrative voice off.


Comedy is rooted in stereotypes, and Caviar plays with two types of clichés: those relating to national character and those based on gender differences. Where do Austrian and Russian stereotypes differ, and where do they conflict?

ELENA TIKHONOVA: The Russian and Austrian mentalities are fundamentally different. Russians are open and impulsive; they love adventure in everyday life and often refuse to keep a distance, while Austrians act in a very considered, diplomatic way. Something that would be perceived as an insult here in Austria would just be part of a normal discussion in Russia. In relationships people here don't say anything for a long time, and then there is an explosion, while in Russia people regard discussions and the occasional argument as evidence of a truly loving relationship. With Caviar I attempted to work through and exaggerate mental dissonances and differences, but on the other hand it must be admitted that clichés do come from somewhere.


There are three women at the center of the story: Nadja, Vera and Teresa. How would you characterize them?

ELENA TIKHONOVA: My idea was to feature three women who come from completely different backgrounds and embody correspondingly different mentalities and world views. I wanted to make a story about Russian emigrants: a Russian woman who married an Austrian man, a Russian woman who has lived in Austria since childhood, and an Austrian woman as a counterbalance to the first two. It was very important to me to appeal to a wide audience. Nadja, who is an interpreter for an oligarch, is an example of the cosmopolitan Russians who frequently come to Europe: they speak several languages, they're not afraid of the future – because they would also do well in Russia – but they don’t agree with the political system there. Vera represents a type of woman that I would label "well married". There are plenty of opportunities for this, and we thought it was most amusing to have Klaus "order" her, so to speak, over the Internet. Teresa, the Austrian woman, is an artist and an activist, and she moves in a scene where I feel at home; she doesn't have any money, and like Don Quixote, she tilts against the windmills of injustice. She's a complete reflection of me. And for me, she's the most positive character of these three female musketeers, because she is an idealist, even though she then develops a craving for money.


How did the male characters develop as counterparts to this trio?

ELENA TIKHONOVA: I did a huge amount of research as the basis for Igor, the oligarch. This involved me attending the birthday party of a star urologist in a luxury hotel, in the presence of a lot of business people; I spent three days there, taking photographs and shooting videos, and I used the opportunity to have lots of conversations. I can definitely confirm that my characters are not just figments of my imagination. Robert was focused very strongly on Austrian men. He read a lot of books about corruption scandals, and we always attempted to incorporate details in a casual way. My own sympathies are definitely with the women. There is also a theoretical basis to this, because I needed protagonists and antagonists for the plot, and my dramaturgy is constructed in very classic fashion. All the characters are antagonists to each other, the men to the women, but also the women among themselves. And I wanted the antagonists to gain our sympathy. The great thing about Georg Friedrich and Simon Schwarz is that although they are really playing complete assholes, they still remain likeable. It certainly was important to me to create complex characters who (like all of us) carry within them their own Pandora's boxes.


In writing the screenplay how did you handle the balancing act between operating with clichés/caricatures of women on the one hand and conveying a feminist stance on the other?

ELENA TIKHONOVA: Naturally that was difficult. In general I think a powerful feminist component is missing from European films. I don't know whether I have achieved that successfully. I'm not sure whether an equal proportion of men and women would have done more for the film than having women in the foreground. Since I myself understand women much better, and I’m telling the story of three female characters who stick together in such an adventurous situation, the film had to turn out the way it did. The point was that I've seen too many films with male protagonists, and I thought that had to be changed. Women have to be in the foreground, because they’re often more active and more multi-faceted; that means there's also more material for the screenplay and the interpretation. In this comedy we always play with ambiguity and word games. What is a successful depiction? At what point does it begin to go too far? It all comes down to a constant search for balance.


How did you find the experience of shooting the film, especially working with the three actresses?

ELENA TIKHONOVA: In the preparatory stage I rehearsed almost everything with the three women. Georg Friedrich and Simon Schwarz refused to rehearse in advance. As a control junkie that was tough for me, but what was I supposed to do? I was particularly concerned about the intimate scenes, partly because Daria had so much less acting experience than Georg. But he's so good and has so much experience, all my fears immediately proved unfounded. Georg Friedrich also improvised an incredible amount of things, most of which we left in the film because with him it was simply so organic. In the scene with the construction site on the bridge, where Klaus manages to make the plans for the villa appeal to Igor, none of the stuff about the zoo with the zebras and the swimming pool under the Danube Canal was in the script at all. He's a genius. Working with an actor like that is a rare delight. He provides so many different variations you can choose from. But with the other male actors as well it wasn't necessary to make improvements take after take. You do four takes, and one is better than the others. Which means you have a lot of fun on the set.


What are the qualities of a good comedy for you? What should the audience be able to laugh about?

ELENA TIKHONOVA: I like the genre of comedy because essentially it depicts sad things. Our lives are difficult, even if we live in a very sheltered society. Every person carries within him a drama component. I think humor is the only way to make everything a bit more beautiful. I also like drama, and in Austria the culture of drama is highly developed. But I thought for my first feature film I didn't necessarily have to start by being serious. 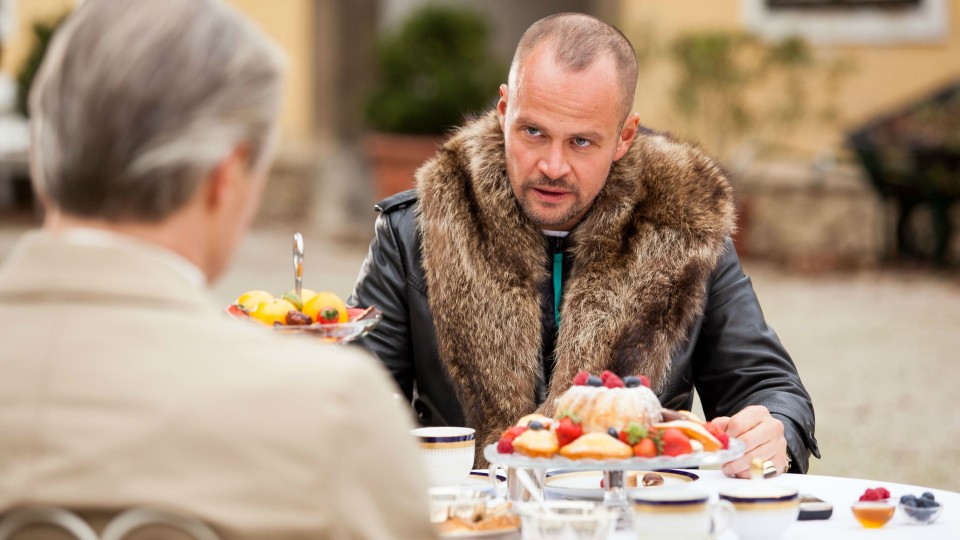 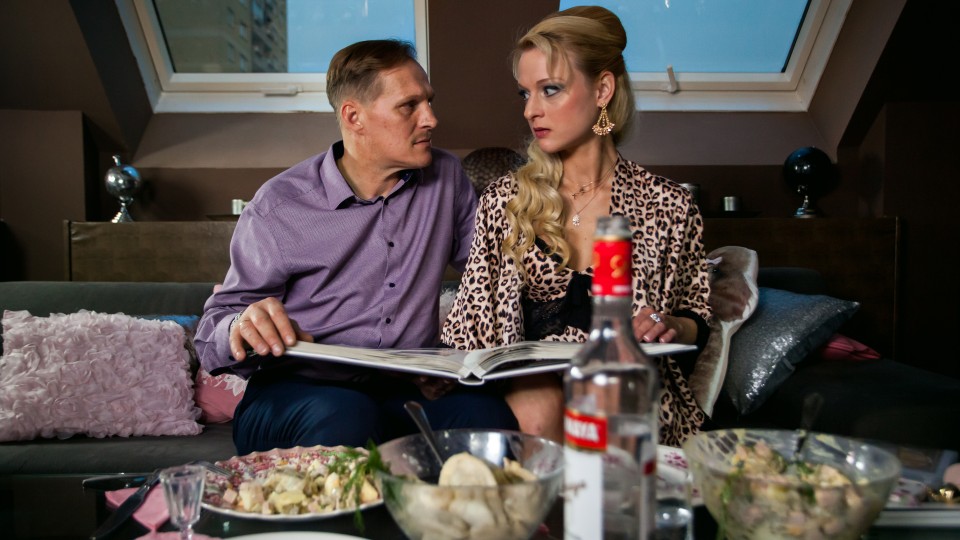 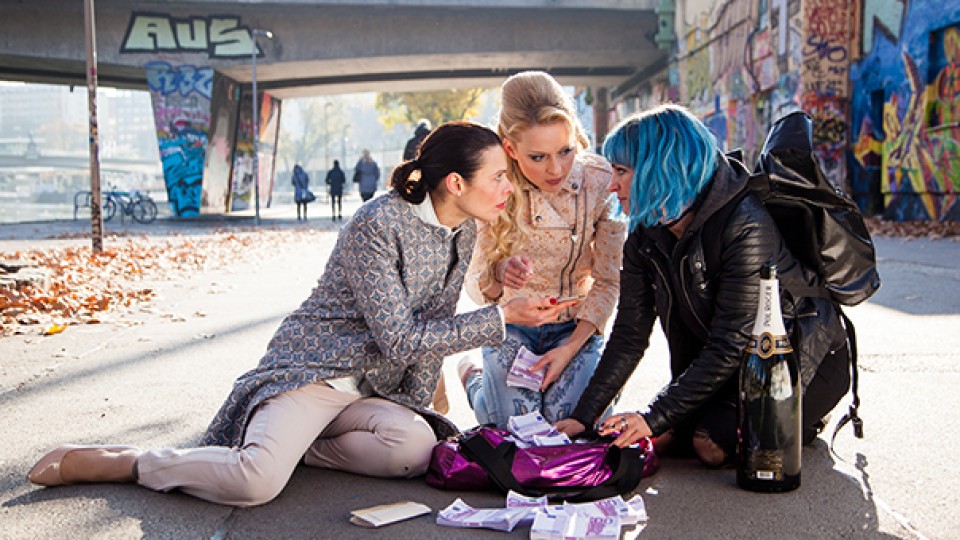 The Russian and Austrian mentalities are fundamentally different. Russians are open and impulsive; they love adventure in everyday life and often refuse to keep a distance, while Austrians act in a very considered, diplomatic way. Something that would be perceived as an insult here in Austria would just be part of a normal discussion in Russia.