SEARCHHIDE SEARCH
Kelly Copper and Pavol Liska resolved to adapt Elfriede Jelinek's huge work The Children of the Dead, without any knowledge of the German language, in order to experiment with the genre of the Heimatfilm in Upper Styria together with the local population. Claus Philipp, artistic associate and dramaturg on DIE KINDER DER TOTEN, provided them with extensive notes to facilitate access to the linguistic density of the 666-page magnum opus; he was involved from the very start in preparing the ground for this unique project combining film, performance and the audience.


The extraordinary thing about DIE KINDER DER TOTEN is that the creation of a work of art on film became a feature in the program of a large interdisciplinary festival – with the audience closely involved. What factors created the background to all this?

CLAUS PHILIPP: The genesis of this project, going back to the year 2015, is extremely complicated. It was prompted on the one hand by the 50th anniversary of the steirischer herbst (Styrian Autumn, an Interdisciplinary Festival of Contemporary Art), and alongside that there was the intention that the festival events wouldn't be held only in Graz but should also benefit the whole region. Veronica Kaup-Hasler, the festival director at that time, wanted to implement a major project in Upper Styria, partly because the region has huge historical significance but also because it's extremely interesting with regard to its social structure. The vast majority of the local people who used to work with wood have become unemployed, because the work is done by Romanian workers on a lease basis. On top of that, there was a connection going back many years between the steirischer herbst and the Nature Theater of Oklahoma. Kelly Copper and Pavol Liska from the Nature Theater of Oklahoma were in Germany in 2015 for a project called The Nibelungen Cycle, which involved them cycling along the Rhine and filming a remake of Fritz Lang’s Die Nibelungen using non-professional actors. In fact Kelly and Pavol had cherished the desire for a while to make a “Heimatfilm”, so at the start of the project we were faced with the difficulty of finding an equivalent story to the Die Nibelungen for Upper Styria. I don't know exactly what inspired me to suggest Elfriede Jelinek’s Die Kinder der Toten which I probably hadn't read since it was first published about 25 years ago. We very quickly agreed to use this as the basis, especially since it is set exactly in the region where the project was to take place, between the towns of Mürzzuschlag and Mariazell.


Even if Die Nibelungen provided the initial impetus, DIE KINDER DER TOTEN became a completely independent project which was also entirely new for the Nature Theater of Oklahoma. How did it begin to take shape?

CLAUS PHILIPP: We were faced with two initial problems. Firstly, the novel still hasn't been translated into English, so Kelly and Pavol had to be introduced to it in the form of detailed summaries. And secondly, I thought it was a pity that their works on film were only ever shown in the context of theatre festivals and never appeared regularly in cinemas. Therefore at a very early stage I asked Ulrich Seidl whether he could imagine coproducing the film, so there would be at least the possibility of splitting the project into a performative work and a film. Incidentally, the Nature Theater of Oklahoma takes its name from Kafka’s novel Amerika, where the Nature Theater of Oklahoma travels across the States and invites people to get involved.


Every reader has a personal story about reading this novel. What experience brought you to the text?

CLAUS PHILIPP: I had always read a lot of Jelinek, not least because my work with Christoph Schlingensief meant I was increasingly involved with her novels on an active basis. The first two times I read Die Kinder der Toten were silent, the third time I read the novel out loud to Veronica, the fourth time, for this project, I made a handwritten summary of the book – page by page, paragraph by paragraph – and on the basis of the 44-page synopsis that resulted we spent three days telling Pavol and Kelly the story in detail. Our primary concern was the content, but I also attempted to draw their attention to the notable stylistic features. I’m a manic reader, and with books like that I always have to impose monastic discipline myself at the beginning. With Jelinek the principle was always to read one chapter a day, and at some point you get into a flow; then it becomes like difficult, very seductive music. I came to the conclusion that for this novel reading out loud is best. And at Neuberg an der Mürz, while we were shooting the film, we organized a kind of relay reading event with the residents – anyone could put their name down on a list for a 15-minute slot; in 144 hours we read through the book 5 times.


So when you had created the link between the directors, who don't speak German, and the 666 pages of the original text, how did the screenplay develop?

CLAUS PHILIPP: I think Kelly and Pavol were quite dubious at first, especially because they share the view of many other creative people in films and theatre that good books rarely translate into good films. And as much distance as possible was necessary to avoid falling into the trap of trying to compete, to be as good as Jelinek. There were a total of four versions of the screenplay. One of them is just in the form of notes from when we drove around the region for a week with Kelly and Pavol to show them the towns and villages, and Elfriede Jelinek's house. That version was far too personal for us, but the screenplay gradually developed from it – and completely changed. Both Veronica and I were also very closely involved in the textual work, which I would describe as a kind of permanent translation activity: translating to Kelly and Pavol, to Elfriede Jelinek and to the local residents. Together with the steirischer herbst Head of Production, Jakob Schweighofer, we visited the area almost every week over a period of two years, to make sure the people didn't get the feeling we were just some sort of crazy artsy types who turned up to indulge in their patronising ideas about art and rural culture: to show them that we seriously wanted to involve them. The fundamental contextual change we made in the film is that in Jelinek’s novel the whole area is devastated by a mudslide, which is how the undead emerge from the ground. We transformed this to the cinema and had the undead step out of the screen.


The motif of the undead is absolutely central to Die Kinder der Toten  What significance does this have for Elfriede Jelinek?

CLAUS PHILIPP: Elfriede Jelinek has two favourite films, and they also play a great role in Children of the Dead. One of them is Carnival of Souls by Herk Harvey, and the second is Alfred Hitchcock’s Vertigo. On top of that, there is an influential Austrian novel: Die Wolfshaut (The Wolf’s Skin) by Hans Lebert from 1960. Until Children of the Dead was published in 1995, modern Austrian literature tended to focus on novels about sons and daughters who were in conflict with their Nazi fathers, but Jelinek shifts the subject area into the realm of organic decay that produces new activity. In Children of the Dead what happens is that all the dead who emerge from the earth destabilise the soil to such an extent that mudslides are triggered, in land which has already been devastated, and they bury everything. Lebert had already used the image of a pile of corpses to represent a way of dealing with the past. The important reference to Carnival of Souls is the claim: "We are dead, but we don't know it." Another important aspect brought to bear by the undead in Jelinek's work is the way she handles time. At the beginning of the book there is a car accident involving a tourist bus, which throws up the fundamental question: is what takes place throughout the 666 pages of the novel a "last second" film, or is it really a story about a natural catastrophe extending over weeks?


What was the basis of the idea that you would use analogue film stock?

CLAUS PHILIPP: We shot the film on 666 rolls of Super-8 film. Since there is no dialogue throughout the entire book, it made sense for us to respond to such an eloquent work not by creating an artificial dialogue version but by producing a silent film. On top of that, Super-8 is a tourist film format. Video really didn't strike us as an appropriate alternative. We felt that to be faithful to the original we needed to reach for analogue film stock and Super-8 cameras, so we could shoot off a snappy B Picture which also didn't exceed the dimensions of B Pictures. On top of that, the Super-8 format encourages you to be very concise. It was important to us not to descend into slapstick but at the same time to retain Jelinek's corny humour: to keep the wit and at the same time create a nightmarish situation. You have to bear in mind that in terms of the actual shooting this meant packing up rolls of film after every session and sending them off to Berlin to be developed and digitalised, so it was only after the steirischer herbst festival was over that we knew for sure whether everything had turned out well. Reshooting any scenes would have been completely impossible.


How did this large cast of non-professional actors come together?

CLAUS PHILIPP: There isn't a single professional actor in the film. The main cast consists of about 20 people, but in the credits you can read about 400 names of people who were involved. We allocated the parts according to people's availability. For the shooting itself we had a week of advance work, but otherwise we stuck to the dates of the steirischer herbst festival. The major events were always filmed at weekends: first of all the car explosion, then the Cinema 666 scenes, and then the procession of the dead, which – and this is something we could never have planned – coincided with the weekend of the 2017 National Council elections in Austria. Response to the auditions we held was overwhelming, but we still felt a certain insecurity; we were worried that something might go wrong during the first weekend, and as a result nobody would turn up for the second one. The steirischer herbst festival did a huge amount to make sure everything kept going. It really exceeded all our expectations. Looking back now, it’s clear that the whole thing works very well as a performance, and even before the project has been seen on the screen it has been awarded an important Austrian theatre prize. Anyone who has seen Schlingensief's Container Project also knows how performance can work as social sculpture. And that's how I would really want to describe our DIE KINDER DER TOTEN: a social sculpture.


But the film also manages in very impressive fashion to convey the linguistic dimension. There seems to be a very intuitive understanding of Jelinek’s work in operation here, going beyond the purely textual.

CLAUS PHILIPP: Over the years we spent working together we got to know each other very well and to appreciate each other. Pavol und Kelly are two very sensitive, unpretentious, quite extraordinary people. In one of her emails to me Elfriede Jelinek once said about them: "Pavol and Kelly know things that they actually can't know anything about. That's my definition of art." 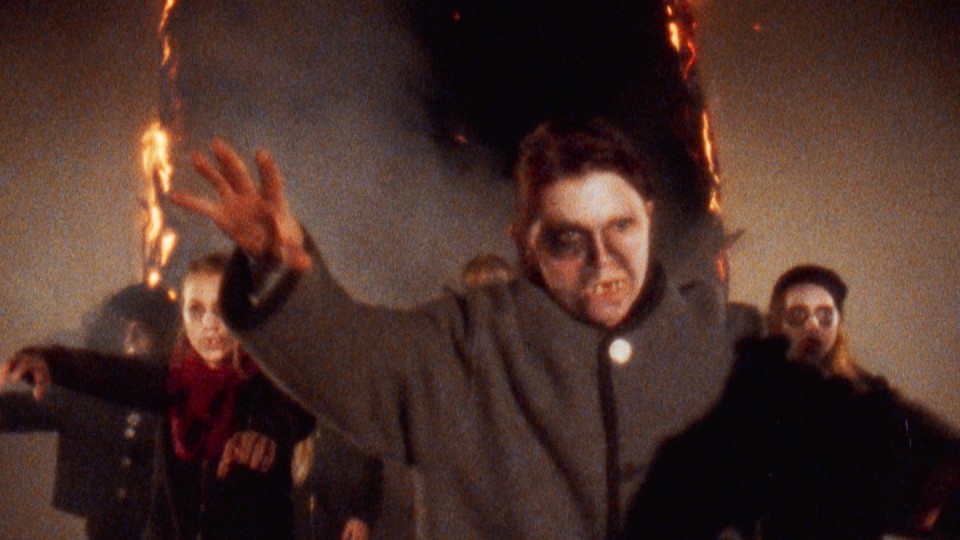 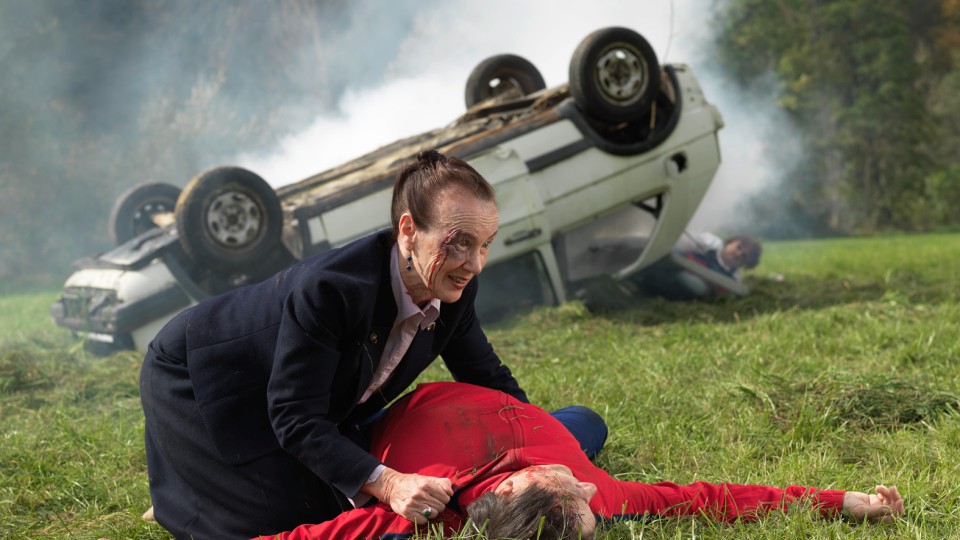 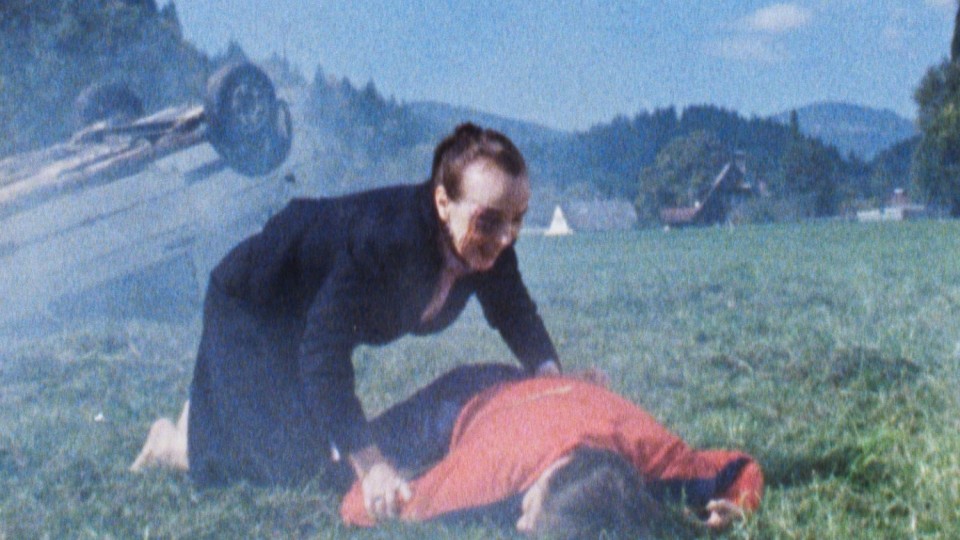 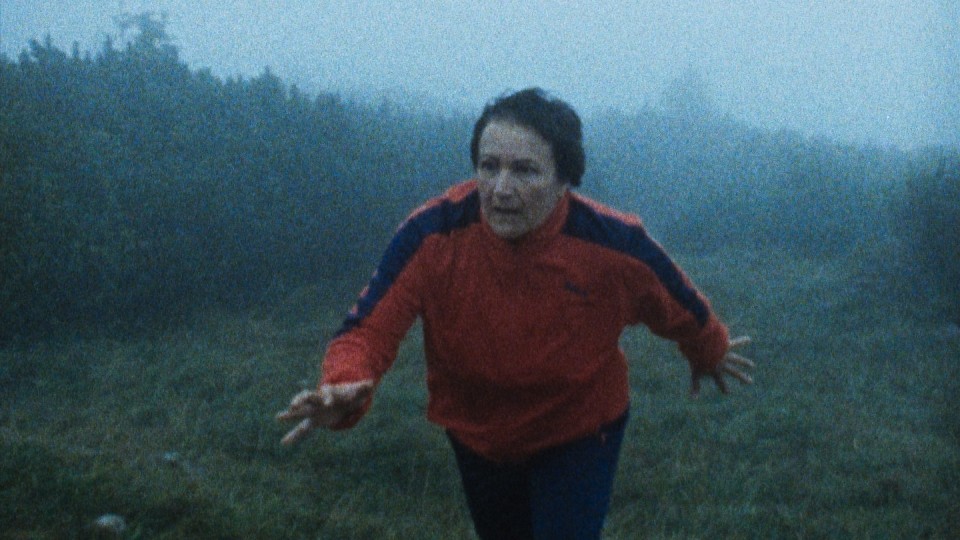 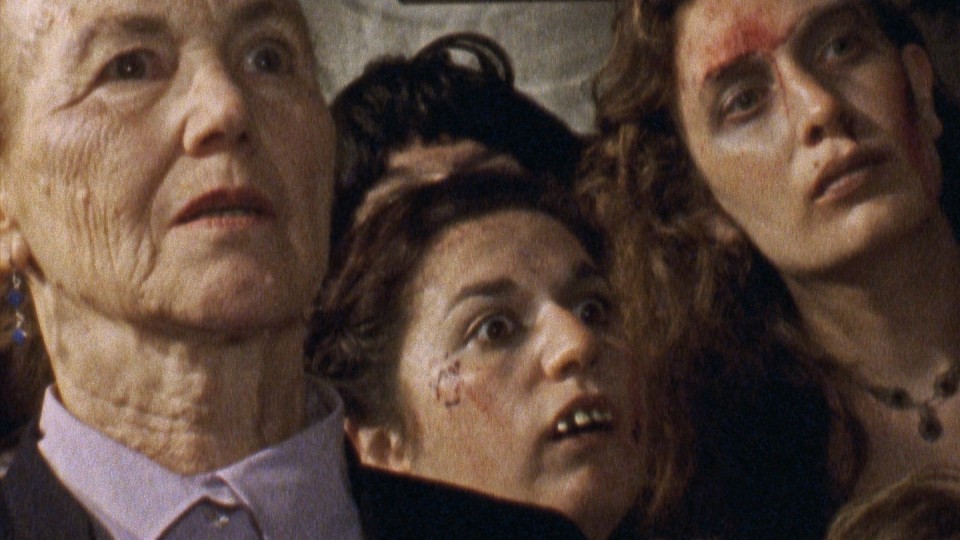