All
you can
watch
As a rule Flavio Marchetti takes the role of the producer in the La Banda Film Collective. With Animals and Other People he has turned his hand to directing for the first time, devoting his attention to a subject which has been close to his heart since early childhood, even though a chance visit to the Vienna Animal Shelter triggered his filmic observation of the affinities between people and animals. Animals and Other People reveals a startling cosmology of animals both great and small in this honourable Viennese institution, prompting various thoughts about how a society treats its weaker members.

How did you come across the Vienna Animal Shelter?

FLAVIO MARCHETTI: It's a simple story. Several years ago while we were on holiday a cat attached itself to us, and since we knew that being alone isn’t good for cats, we decided to find another one. A quick search over the Internet led us straight to the Vienna Animal Shelter. It was a big revelation for me. Until then I’d only seen animal shelters in Italy, which tend to be small and not very well organised. The Vienna Animal Shelter is a huge institution with a history going back 170 years, and it doesn't only handle dogs and cats; every year it helps thousands of wild animals, including some exotic creatures.


How did the experience of looking for a cat provide the impulse later for a film project?

FLAVIO MARCHETTI: I was familiar with dogs’ and cats’ homes, and I think I’d seen a wild bird sanctuary before. But I was amazed to see such an incredible variety under one roof, including primates. What impressed me even more was the attitude of the people there when we came looking for a cat. I could feel a certain scepticism towards us; they weren’t simply trying to get rid of the animals as quickly as they could. I found myself thinking it was a bit like Noah's Ark, and I started to feel I’d like to spend more time there. But many years passed before the idea for a film took concrete shape.


The title is "Animals and Other People". How did the idea occur to you to see animals as the equals of human beings?

FLAVIO MARCHETTI: I don't think that occurred to me during this project: it's an idea that had been in the back of my mind for a while, and while we were shooting it very clearly came to the surface. Recognising human aspects of animal behaviour is quite a natural proposition for me, because that's how I grew up. I've always been fascinated by interaction with animals and by the mirror images they hold up to us human beings. I grew up in Rome, my grandfather was a butcher and my cousins are butchers today. At the same time, my parents are very fond of animals: we always had a number of animals living on the terrace of our apartment in Rome – some for many years, some just for a short time before they were given to someone else. During my childhood there was a cosmos on that terrace with parrots, dogs, cats, turtles, ducks and wild animals found in the city, such as an injured blackbird. So for me it was always quite natural, growing up with a lot of animals.


So the mysterious relationship between people and animals, which of course has many facets, has always been a general interest of yours?

FLAVIO MARCHETTI: Yes, that relationship has always fascinated me, because I can recognise certain crucial elements of human life in animals. My first encounters with death and birth were through animals. Whether it was our canary that laid eggs or a cat that died, when I was very little they were elementary experiences which helped me later to confront human death and birth. The relationship between people and animals prompted me to consider issues connected with my identity and with various aspects of human life, such the way we treat those who are weaker, violence, power, empathy – all that can be found in human relationships as well, if you look.


To what extent is it possible to develop a prior dramaturgical concept when you are creating a portrait of an institution, especially when this includes the unpredictable factor of animals? How far did you submit to the idea that shooting the film would be an adventure?

FLAVIO MARCHETTI: Since I work in the role of producer as a rule, I assumed that shooting a film can be planned exactly and then implemented in accordance with that plan. We had a relatively strict concept – and of course it collapsed. When you're filming animals you can have something in mind, but whether that comes off or not is up to the animals. And it was similar with the people. We allowed ourselves the luxury of doing quite a lot of research on film. And during that process we realised we had to adopt a middle course between implementing ideas from our concept and being flexible enough to let other things simply happen. The circumstances there change on a constant basis; nobody can predict that an exhausted, injured heron will end up having surgery. You have to be patient, and you mustn't create an atmosphere of stress.


For me, the particularly fascinating visual characteristics were the animals filmed from extremely close quarters and the gestures employed by the staff caring for them. Do you feel the same way?

FLAVIO MARCHETTI: Those two aspects were important both for the concept and also for the camera work. If you want to make a film about animals that moves away from traditional animal films, you also have to develop a different visual language. Animal documentaries adhere to a standard procedure, and there's very little new you can come up with. We recognised that the visual interplay with the animals gains in suspense and emotion if it's tactile. If you get the feeling that you can smell the animals or feel a sudden impulse to stroke their fur. And we were also aiming to use this incredible proximity to create a disarming perspective. Generally we tend to keep a certain distance. If you are confronted with this proximity as a member of the audience, it begins to change your relationship to animals as well. Whenever animals and people are in a shot together, the animal is always more interesting. If you do look at the people, their hands are particularly interesting, because they say so much about tenderness, power, force or control. Showing their hands is sufficient: they represent the people and express enough about them.


Care and respect in the treatment of animals also says something very positive about the society concerned. Is that how you regard the situation?

FLAVIO MARCHETTI: The basic principle is that these people attempt to use the same approach in treating every creature, no matter what the species. It may be a pigeon – which people in Vienna tend to regard as "flying rats" – or a beautiful hunting dog from an affluent suburb. This symbolises the willingness to provide overall help and empathy. It relates to major social issues, which are presented here on a small scale, and to the question of how and when you start to categorise the animals, whether it's worthwhile providing them with any treatment. The fact that no difference is made has an incredible force. It leads us back to the human level, and to the question of how we deal with people who are in difficulties, who are physically or psychologically injured. Should we also start thinking in categories there?


The major narrative arc extends from captivity in cages to life in freedom/nature, where the creatures belong. To what extent were you concerned with the subject of captivity, or keeping animals in urban areas where they don't occur naturally?

FLAVIO MARCHETTI: The issue of captivity/freedom is a major subject in the animal shelter, and it was also a constant presence during our work on this film. And essentially, bars, cages or nets make filming itself difficult. Naturally it also depends on the creatures themselves: for dogs, of course, being held captive is a catastrophe, even when they have inside and outside sections to the cages in the animal shelter, and under-floor heating. Not being able to live in a pack is a disaster for a dog. However, we often had the feeling that the cages also fulfil a protective function. There’s always a reason why a creature ends up in the Vienna Animal Shelter: either because it has been injured or distressed by our urban environment, or because people have placed excessive demands upon it. Despite all the contradictions involved, being kept in a confined space does also help the creature feels secure.


Together with Katharina Mückstein, Michael Schindegger and Natalie Schwager, you founded the production company La Banda Film, which is how Animals and Other People came into being. In terms of synergy, this is an authentic La Banda film, with input from your colleagues in the important areas of screenplay/dramaturgy, camerawork and editing. How did you find your first experience as a director?

FLAVIO MARCHETTI: I certainly wouldn't have been able to make this film without La Banda. Actually, it wasn't my aim to direct it myself, or even my dream. My domain is production. But my enthusiasm for the subject of wildlife fell on fertile soil at La Banda, and everyone supported me in their own spheres. So this time our collaboration took the form of my fulfilling a different function. We know each other very well, and we are friends as well as colleagues – going back to student days in some cases – which creates a sound foundation both for creative work and for the technical aspects of film production. It means we don't have to get to know each other first of all and sound out the egos and sensitivities involved. We sit together at a solid workshop table where we all go about our work. In this case, as an exception, I took the role of the director. 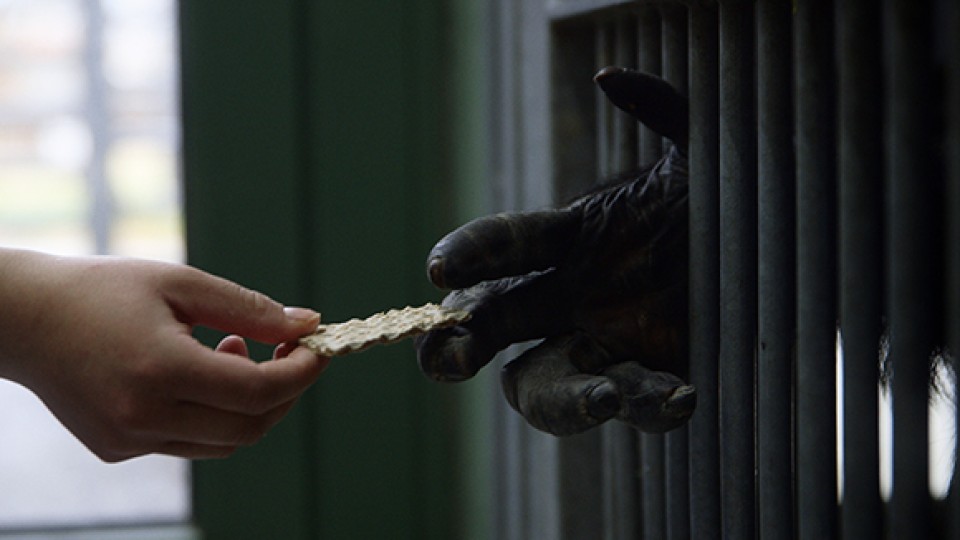 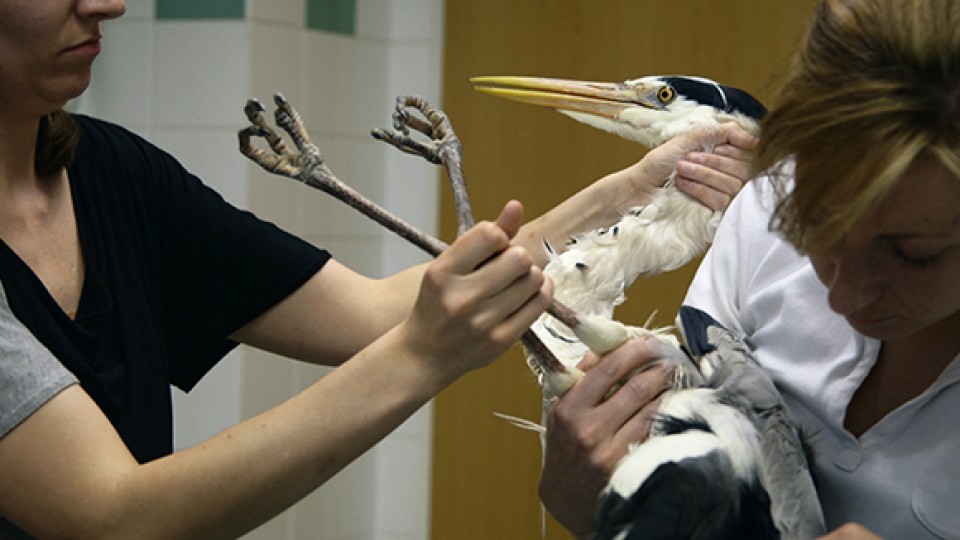 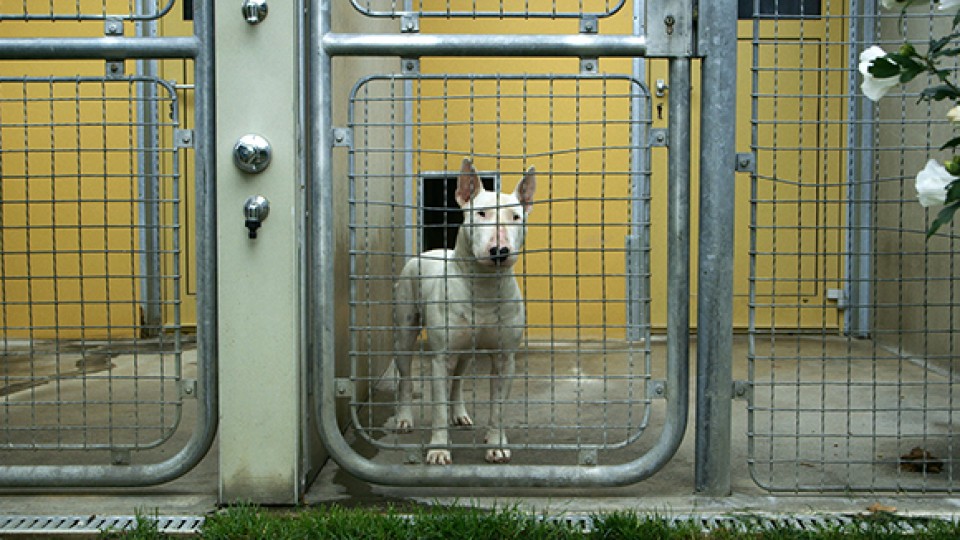 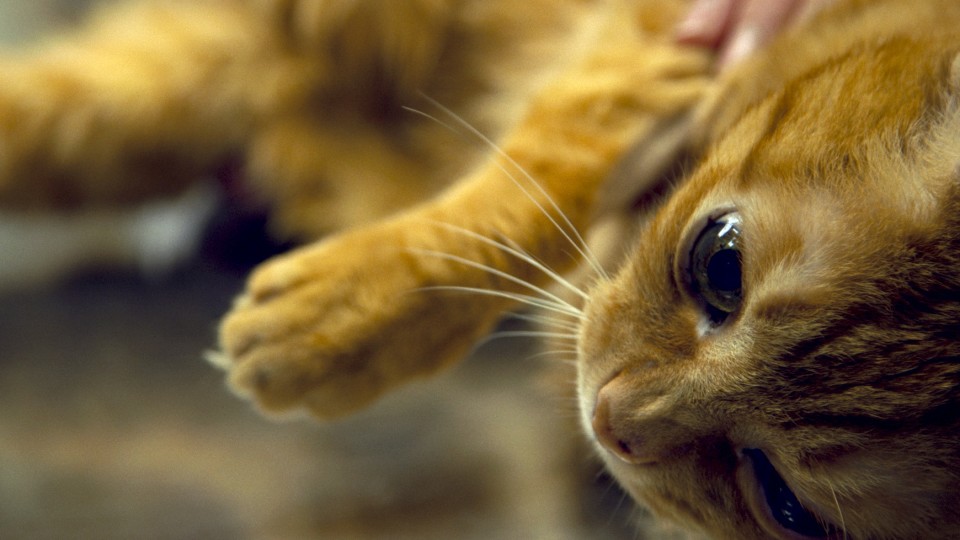 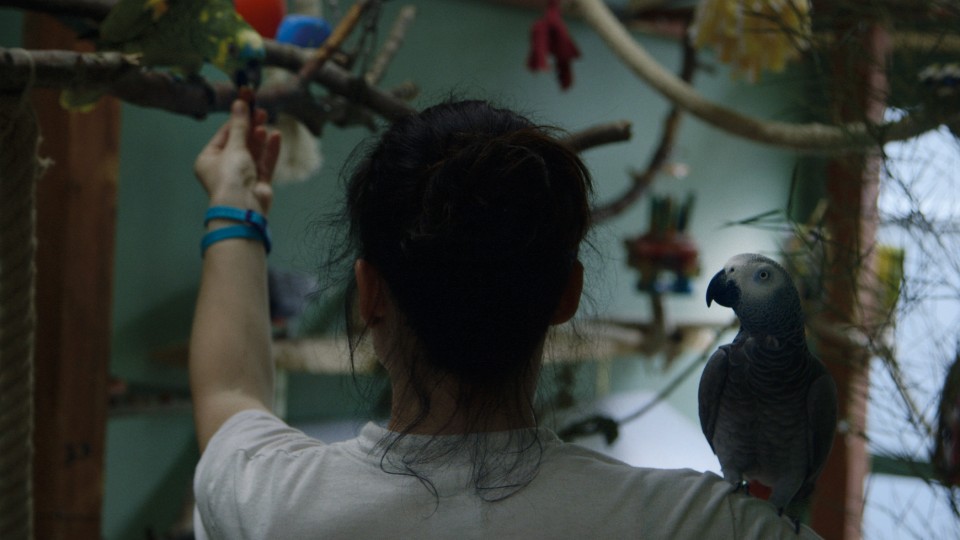 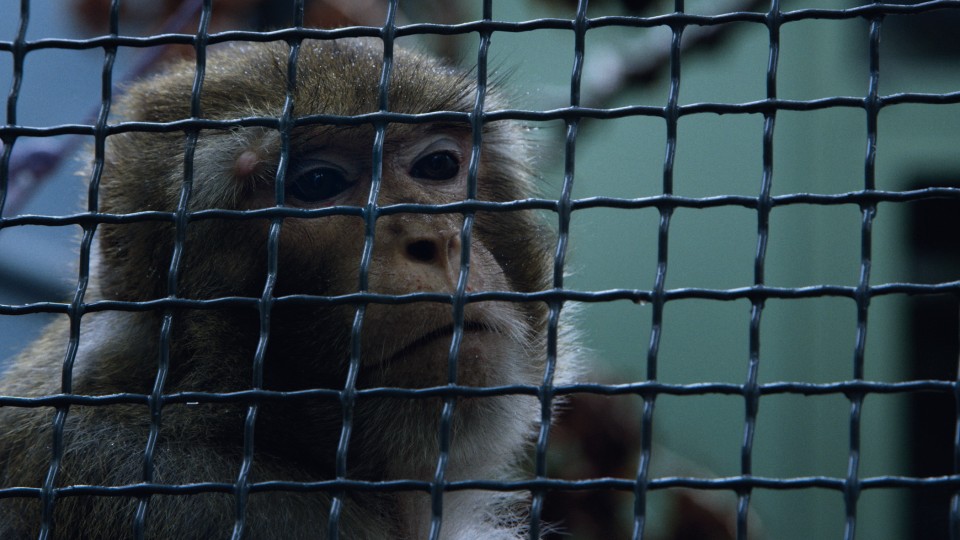 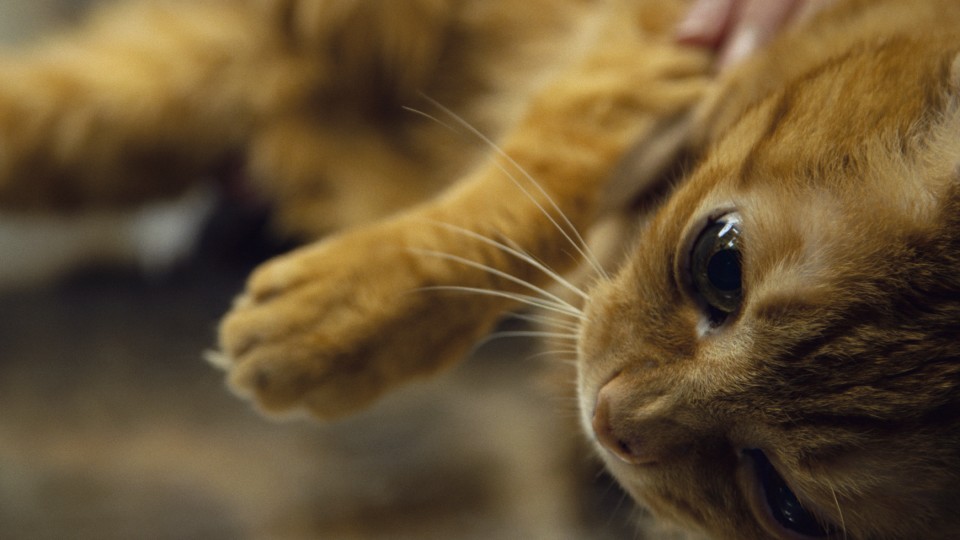 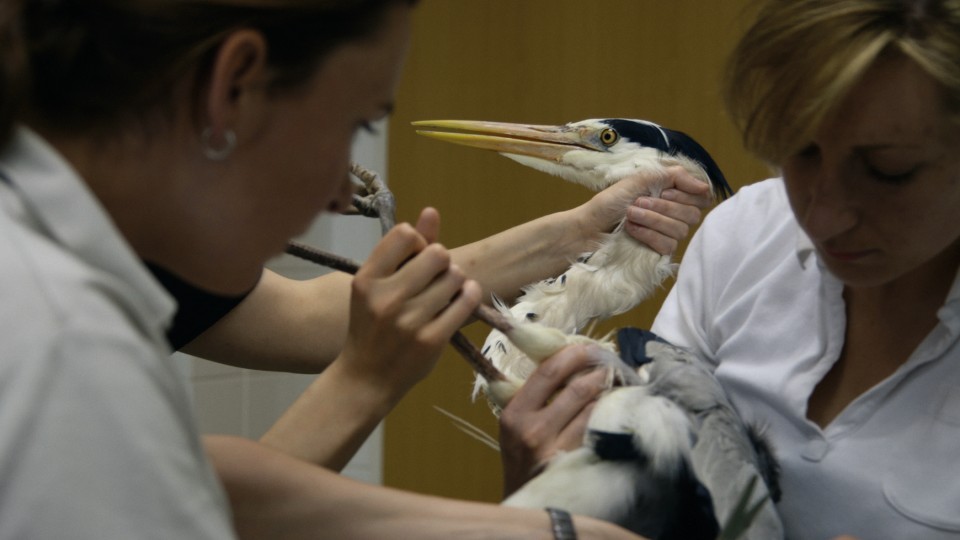 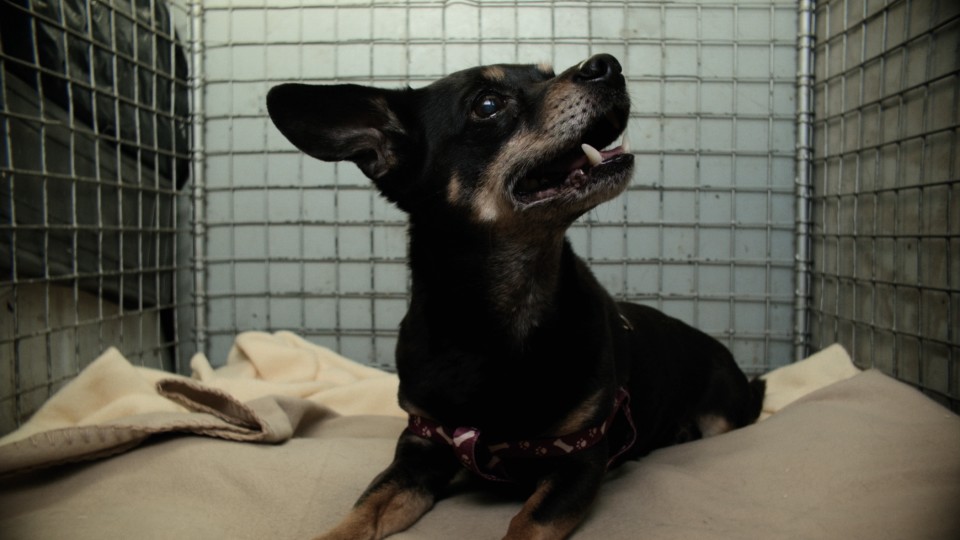 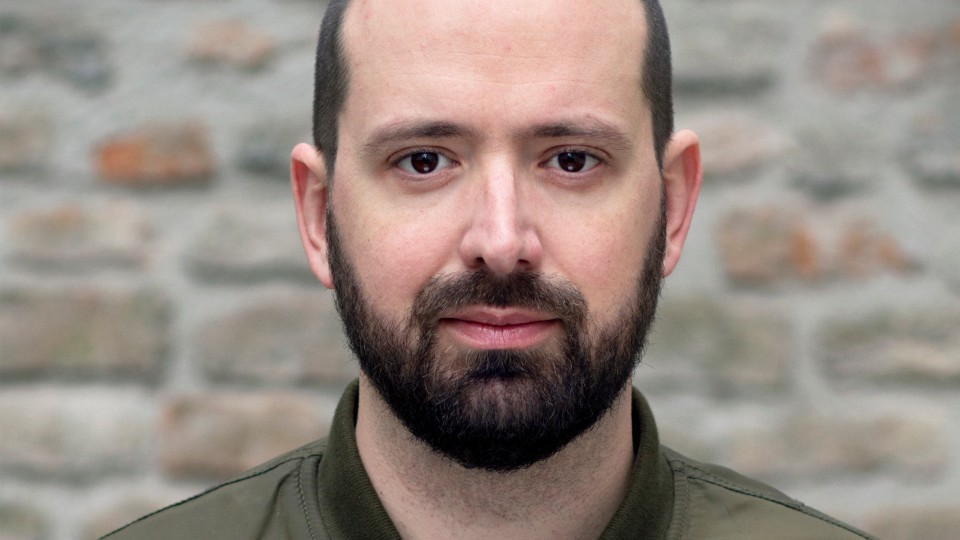 «Whenever animals and people are in a shot together, the animal is always more interesting.»