Claudia was just 11 when the interest of filmmaker Lisa Weber was drawn to this cool teenager. She became pregnant at 14, and when she was 18 the young mother wanted to join the Austrian Army. This was also the moment when Lisa Weber began to follow her around with a camera. What started out as the story of a modern, everyday heroine developed into a long-term study of day-by-day stagnation. In RUNNING ON EMPTY Lisa Weber has ventured into a narrative nadir and captured with unfailing patience the petering out of existential driving force.

In Running on Empty you accompany your protagonist Claudia over a number of years. When you began filming it was impossible to predict where this idea for a film would lead. What was it that interested you about Claudia when you made her your protagonist?

LISA WEBER: It doesn't feel to me that I selected her as a protagonist for a film project. When I met her in the courtyard of her housing project she was 11 and I was 19. Naturally at that time I didn't have a concrete idea about a film with her. But I immediately found her interesting, and that feeling was sustained for years. Due to our ages we couldn't be friends, because the difference was simply too great. And she was the kind of girl I was frightened of when I was at school. She was tough, she gave the impression that she wasn't afraid of anything, she was already smoking at the age of 11; she was simply a cool girl. But the age difference also meant that now I was able to get closer to her. And at some point I ventured to suggest that I could film her. From that point on, for her I was "Lisa with the camera" and an interesting way of passing the time: I never did anything with the material. Although even before Running on Empty I had cast Claudia for a directing exercise at the Vienna Film Academy. The idea of a long-term film project with her as the central character came about when Claudia was pregnant. At that time she was 14, and I was working on my first feature film, Steadiness. But it was a long time before I really got to grips with the project: we didn't begin filming until Claudia's son was three years old.

Was it your thematic concept to accompany a young girl who has become a mother?

LISA WEBER: At first I imagined that it could turn into a classic hero journey, with Claudia finding a job in the end and gaining control of her life. And for a long time I considered presenting this journey in a more fictional manner, because I had some good experience with Claudia as an actress during the directing exercise. The research material was a mixture of staged and observational footage. But the latter struck me as far more gripping, and I decided from then on to film exactly what happened. It's just that unfortunately not much did happen. She doesn’t really do anything the whole time. It was quite a while before it occurred to me that this could be the real film – that it had to be, in fact, if I wanted to do justice to reality.

Did you ever discuss with Claudia what you wanted to capture?

LISA WEBER: The immediate impetus to start filming was Claudia's intention to join the Army. I told her then that I'd like to film her preparations to join up, and she agreed.

One fundamental issue must have been whether Claudia, and her family as well, were prepared to accept a camera and to make their family life public. Was this question resolved easily, or were there some obstacles?

LISA WEBER: At first it was intended to be exclusively about Claudia and her wish to become a professional soldier. The family liked me and wanted to support my project. However, before we started filming we had to paint the apartment: that was important to Claudia's mother. The family always had control about what could be filmed and what couldn't. There were situations when they didn't permit the camera to be present. But when they allowed us to come, we had almost complete freedom.

What form did these preparations to join the Army take?

LISA WEBER: There is a fitness entrance exam. It was completely naive of me to think Claudia would ever seriously prepare for it. Again and again she suddenly announces that something is her aim in life, only to abandon it completely a couple of days later. Probably this film wouldn't exist without my naiveté: if I had known from the very beginning that Claudia would give up each of her dreams at the drop of a hat, I probably wouldn't have committed myself to making the film. I was ashamed at how often I fell for her utopian promises. She was able to express her ideas so plausibly, and I wanted so much to believe in her, but it hurt every time she gave up. The only "solution" was to accept that time appears to behave differently in the apartment where Claudia lives with her family: you can't make appointments, you often find the door closed, you’re often disappointed. Putting up with this state of affairs over three years was the biggest challenge of the project. At some point we realized it didn’t actually matter which day we came: the days all resemble one another and seem to repeat themselves. Stasis takes place on a daily basis.

You remain very focused on Claudia and her child, and you omit all information relating to the family, and to Claudia's background. I'm thinking of her mother's disability, and her brother and boyfriend being unemployed.

LISA WEBER: I don't have the feeling I omitted anything. Most of the time we are in the apartment, witnessing at close quarters the inactivity of the people who live there. That's primarily due to the fact that the family spent the vast majority of their time in the apartment. To a lesser extent it's also because we weren't working with the camera when they were outside. It's not that I deliberately didn't depict certain incidents. It's more that I think it would be wrong to show the family performing various activities outside when that was in fact only a minimal fraction of their lives. Audiences may perhaps wish for more hope and a positive utopia. But in this case Titanic was my model: you know from the very beginning that the ship is going to sink. If you like the protagonists, however, you wish that everything would turn out fine, somehow. Even though you see the iceberg approaching on the horizon.

Wasn't it an aesthetic choice to show them constantly in the same (in)activity?

What considerations about camera positioning did you explore with camerawoman Carolina Steinbrecher? How did you find a good place in the apartment, in terms of your physical presence and the approach to filming? Sometimes you yourself appear in the shot, to move a plant or light some candles. Why?

LISA WEBER: When you film in a small apartment over a period of three years you reach the point of knowing what shots you can carry off. In the beginning I discussed everything in detail with Carolina Steinbrecher, working with her, but at some point it became obvious that she knew what the film needs, and I trusted her. In terms of my appearances, I didn't have a strategy before we were filming about whether or not I should feature, and if so, how. And then during the editing we decided it was important that I should be seen instead of remaining a strange voice off-camera. So we filmed more and more scenes with me, and the editor Roland Stöttinger attempted to incorporate them in the film, and to balance them so I wouldn’t remain a complete mystery - while not getting on the audience’s nerves because of my constant presence either.

In your first feature film, Steadiness, you accompanied your grandparents on a car journey to the extreme north of Europe, which involved filming from close proximity in a physical sense as well as working with people who are very close to you personally. Why is filmmaking so associated with proximity for you?

LISA WEBER: Probably a subject only becomes appropriate for a film, for me, when there is a degree of proximity involved. Otherwise it doesn't interest me at all. I need to have the feeling I can capture something intimate. Like when I suddenly understand, experience or feel something in a one-to-one conversation. When I then also have the feeling that I can convey this perception with images, I know I want to do that. That's the fundamental prerequisite. Otherwise it would simply be boring for me.

Did this project raise very fundamental questions for you about what directing a film really means?

LISA WEBER: This time I had the camerawoman, camera assistant, sound woman and the producers with me, so at first I really did feel superfluous. I was accustomed to doing the camera and sound myself. It only gradually became clear that this collaborative effort couldn’t function unless I was present, even if I had the feeling I wasn't doing anything.

Perhaps directing a film also means initiating something which then continues of its own accord?

LISA WEBER: If I had thought of it that way I would have been able to have a very enjoyable time. Unfortunately, I've only come to that conclusion now. While we were filming I always had the feeling I was doing too little, and that I should know more precisely what I was doing. But perhaps "searching" as a job description is enough for me. I always have the feeling I'm searching for something. And I think the material of our film would never have come into being if I hadn't been there, with the willingness simply to allow it, and to go along with whatever came along. But that step, that acceptance, was a big deal for me.

For a long time I had the feeling that we only captured the powerful scenes because we were lucky, not because I worked hard to achieve that. In the meantime I'm no longer of the opinion that "magic moments" only come about through happy accidents. They are the result of consistent work, and of being present. If you stand on a balcony for long enough a pigeon will shit on your head at some point. So waiting is also work that you have to perform. 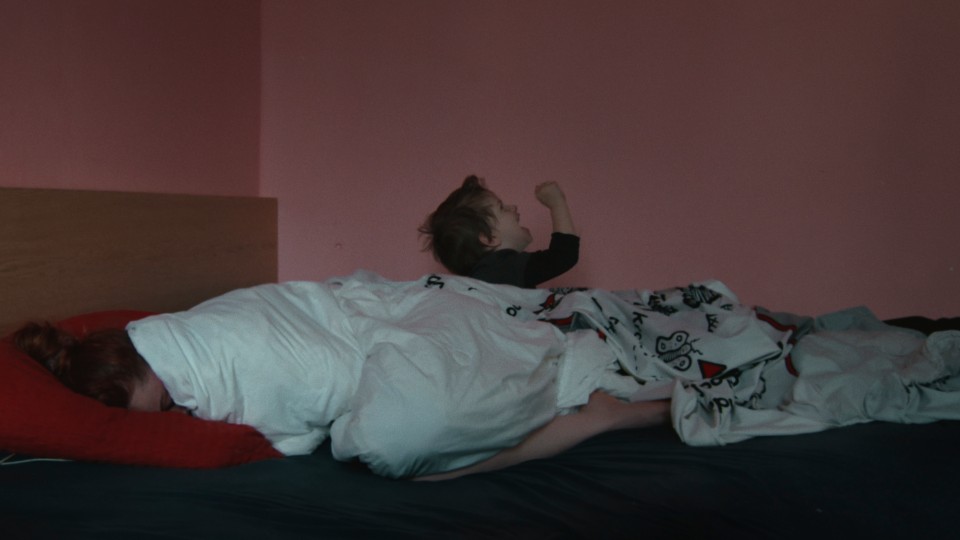 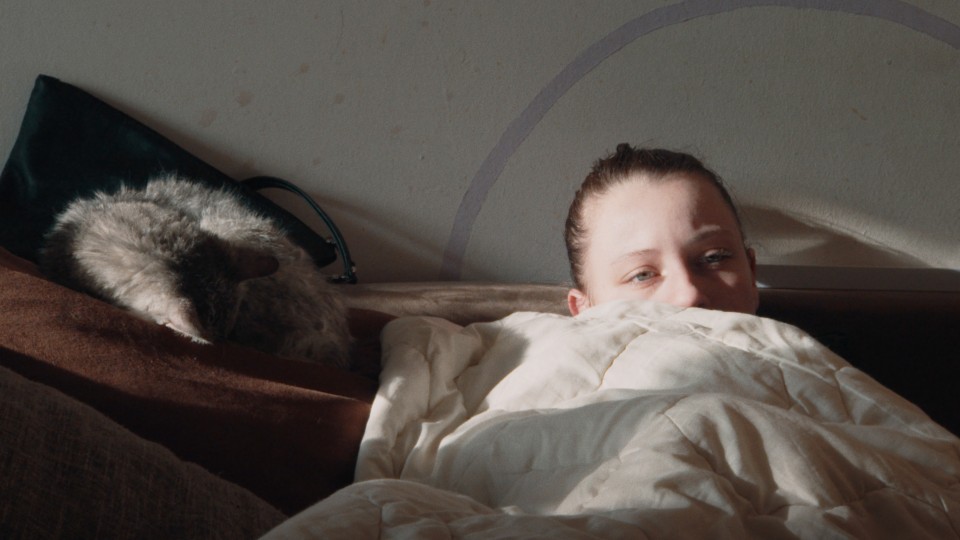 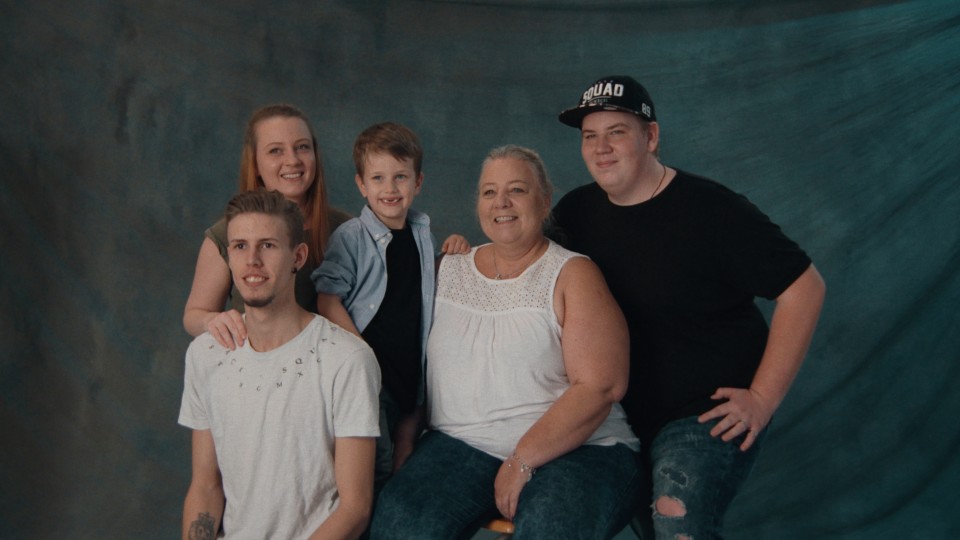 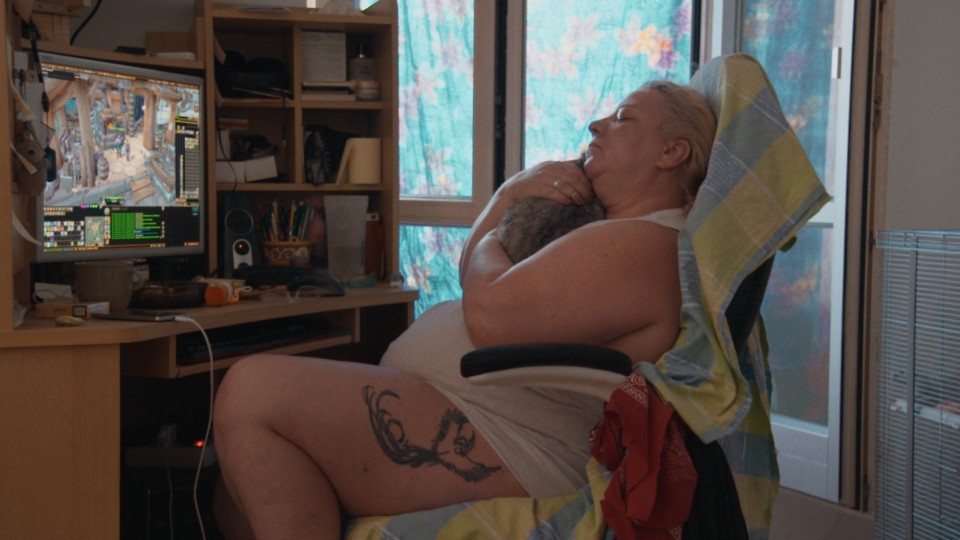 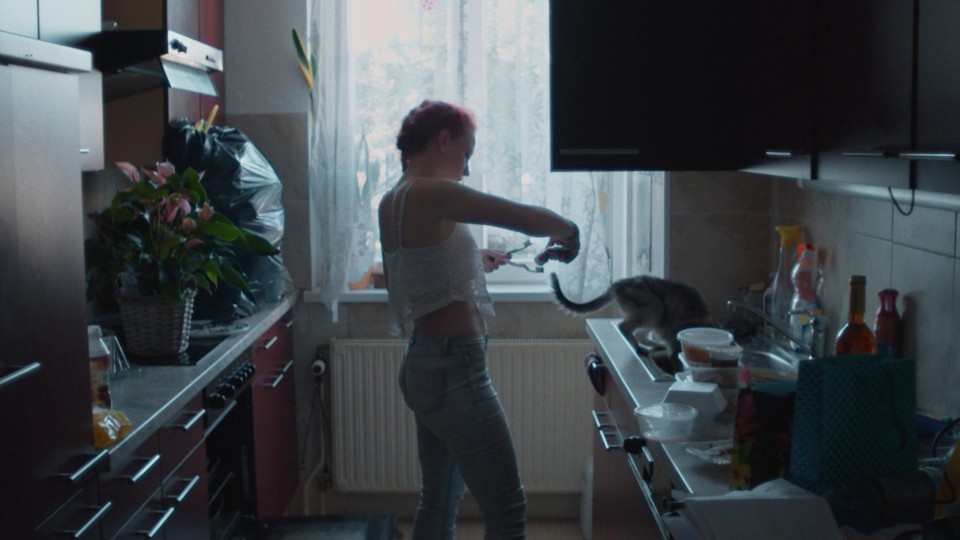 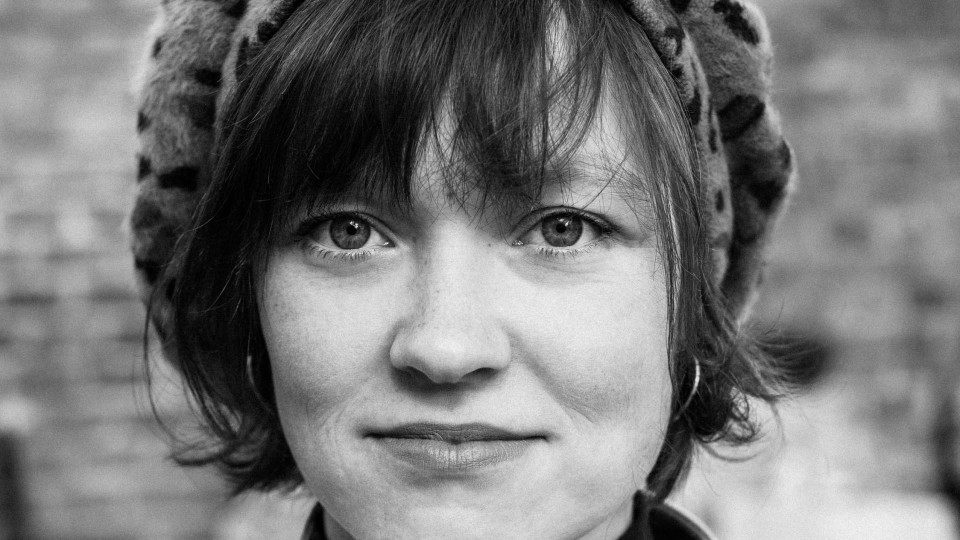 «The research material was a mixture of staged and observational footage. But the latter struck me as far more gripping, and I decided from then on to film exactly what happened. It's just that unfortunately not much did happen. She doesn’t really do anything the whole time. It was quite a while before it occurred to me that this could be the real film – that it had to be, in fact, if I wanted to do justice to reality.»