All
you can
watch
In the media satire The Migrumpies the director and the leading actors juggle with clichés about immigrants, asking why the migrant background persists in the foreground over generations. Arman T. Riahi discusses his debut as a feature film director.


Does the phrase "migrant background" make you feel grumpy?

ARMAN T. RIAHI: If my film gives the impression that I have an objection to saying someone is from a migrant background, I should explain that in principle I don't. It's just that these days it’s become a cliché, and anyway it doesn't really mean much in a city like Vienna. Probably at least two-thirds of Viennese people came from somewhere else originally. It's an old-fashioned term that ceased to have any real relevance a long time ago.


You devised the screenplay together with the leading actors, Faris Rahoma and Aleksandar Petrović. All three of you have parents who came to Austria from a migrant background. To what extent did your own experiences inspire the story of The Migrumpies?

ARMAN T. RIAHI: None of us had to struggle as citizens of Vienna because of our migrant background. All three of us grew up in fairly sheltered circumstances. But the migrant background aspect has simply become part of our identity. As a child you’re not aware of it, but at some point you realize you’re somehow a bit different; then you get to the stage where you are proud to have a second culture, and finally the time arrives when you understand that it does enrich your life, but fundamentally it isn't very relevant. However, what we all have a problem with is being placed in a victim-perpetrator pigeonhole. People from a migrant background are either one thing or the other; the "successful" examples of integration are just ignored. In fact integration itself is an expression which misses the point. It's all about inclusion. The people who have simply become part of the society end up invisible. We all belong to that "silent" group. If you want to be successful in Austria as a foreigner, however, this second culture – this unspeakable migrant background – is something you can’t escape from. The two actors Faris and Aleksandar really do experience situations like the audition in the film. So far Aleksandar has been cast as a psychopath from a "migrant background" in Austria, as well as various petty criminals, while Faris has played a whole range of immigrant characters, including a Croat. The only part he’s really never been offered is an Austrian – although he was born here. We can laugh about it, because we're doing relatively well; people who have to cope with this stigma for their whole lives find the experience less amusing. It's hard for an actor when you are only offered very certain, limited roles. The Migrumpies is of course also a statement; I'm concerned with what I feel is a completely undervalued second generation in Austria whose talents are sometimes neglected entirely.


Comedy often works by means of clichés. At the same time, the intention is to ridicule these clichés. How did you manage to strike a balance between TV, which produces clichés and confirms them, the cinema, which in your comedy is happy to exaggerate clichés, and your aim of dismantling clichés and questioning their validity?

ARMAN T. RIAHI: That's a complex question. It's never straightforward. We attempt to take the middle ground; a one-sided attitude would have taken the film in a clear-cut direction which would have removed all the ambivalence about our approach. We could also have gone in a very commercial direction, but then more and more layers would have been lost. In the absurd setting of The Migrumpies there are many levels which are rooted in our experiences and the lives of other people from a migrant background. I'm thinking about the father-son relationship here. We attempted to include in the film the clichés from our lives and give them a plausible feeling. Clichés are always rooted in reality. You can work with them in a very exaggerated fashion, so they are experienced as unreal. But you can also approach clichés with respect.


How did the shift from the writing desk to the set take place? Did the leading actors also take a very intense role in shaping the shooting the film? To what extent was there improvisation while you are filming?

ARMAN T. RIAHI: When confirmation came through that we had subsidy funding to make the film, we all got nervous. First of all we polished the screenplay, but at some point preparation for filming became an urgent necessity. So the time arrived where our spheres of responsibility separated and I had to focus on set design, locations and all the countless things the director has to make decisions about. We had to take the plunge and just do it.
With some of the actors we revised the dialogue, with others we rehearsed, and with others we didn't do any preparation at all. There’s a scene with Rabie Perec, who plays the cleaning lady, when she pretends to be Tito's mother; we only rehearsed it once. I love it when actors improvise, even if it’s only possible to use a fraction of it in the end. Suddenly people’s spontaneous genius comes out, and for me that's acting in its most original form. We filmed that scene two or three times – and after that nobody could work properly any more because we were laughing so much. Moments like that are an absolute delight. I wanted to have authentic people in the film, their feeling for the area and above all their language, which is especially important to me.


When you make a film which is explicitly located in Vienna, you also attempt to differentiate it from others in visual terms. What was behind the choice of locations in the city?

ARMAN T. RIAHI: The film is set in Rudolfsgrund, which is a fictitious district. We wanted to find a suburb that hadn’t become over-familiar, and at the same time we didn't want to give any real district of Vienna a bad image. I had to find a street market that hadn't become a cliché, and I quickly decided on the Hannovermarkt, because my parents live not far away. It turned out to be the perfect link between interior and exterior, between a lively city-center feeling and an outer suburb. I certainly didn't want to create a fake environment for the action of the film; I wanted to give the audience the feeling that they knew the place, not because they'd seen it in a film before but because it was simply the way Vienna is. There’s a lot in the film of the Vienna where I grew up; the Hannovermarkt reminds me of the Naschmarkt and the Schwendermarkt when I was a kid.


From the very first shot there is frequently a camera in your film. Creating images and questioning their effect is a theme right from the start. What realities does an image create? How can contrived images put a particular spin on reality? How important is this subtext of your comedy to you?

ARMAN T. RIAHI: It's more than a subtext. To what extent do we all contribute to deciding which images of people from migrant backgrounds are dominant in media perception? The events in the film represent everyday situations where, in our view, people are reduced to headlines. We live in a period where the media has to make a profit. That's nothing new – but it has an effect on the image assigned to people, and on the way they are portrayed. The TV program in the film embodies the methods used today to find "stories" – and it's understandable from the perspective of the media. In that sense I see the film as a very open critique of the media, but one which should be accessible to a broad audience. Time will tell whether we have succeeded in striking a balance and created a film that criticizes society and the media while being a comedy on the surface. We wanted to make something entertaining, though we hope at the same time that the film will have a lasting effect on people. Naturally it's an experiment. When we began writing the script, fake news wasn't really a subject – while in the current situation, with Donald Trump taking office, it really hits the nerve of modern times.


How many nationalities or ethnic backgrounds were involved in the production?

ARMAN T. RIAHI: Somebody counted and came up with approximately 20. It was certainly very lively and refreshing to work with people who might not have had very much experience in film but showed a high degree of professionalism. The six weeks of filming were pretty stressful, especially because it rained for more than three of them. When you're making a film it's like being in a moving train, and you try to grab hold of things on the way that you think are crucial. When I look back I have the feeling it was a great experience for everybody involved. I've certainly had some nice suggestions about a sequel… It's really important to me that people who never otherwise get an opportunity should finally have a platform. And that this time an Arab didn't have to play a Croat, and an Austrian didn't have to play a Yugoslavian, and that Viennese people with a second culture could finally play themselves the way they really are: Austrians. 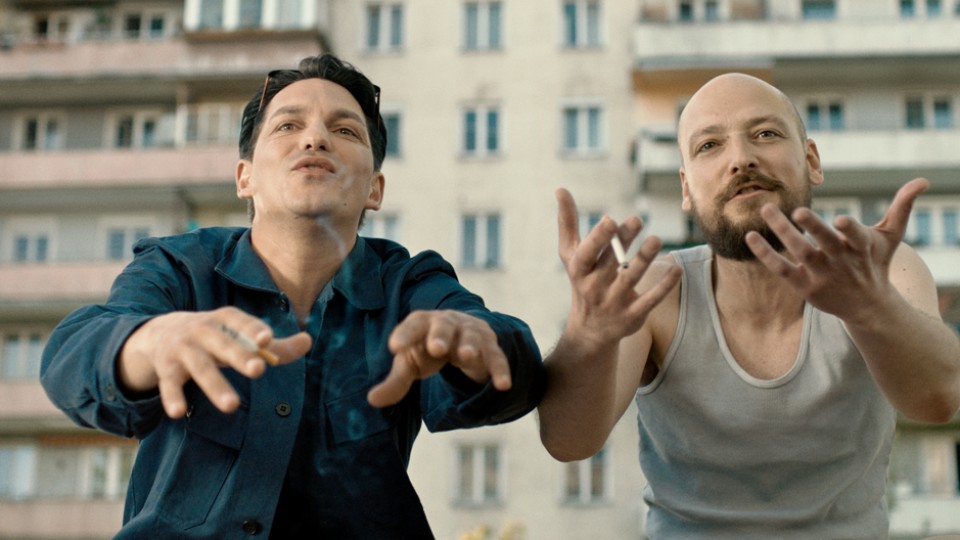 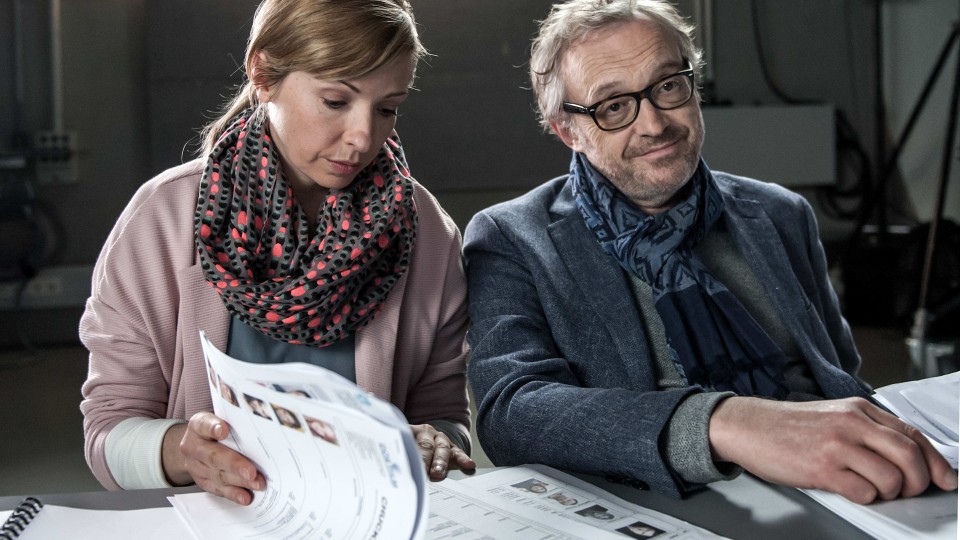 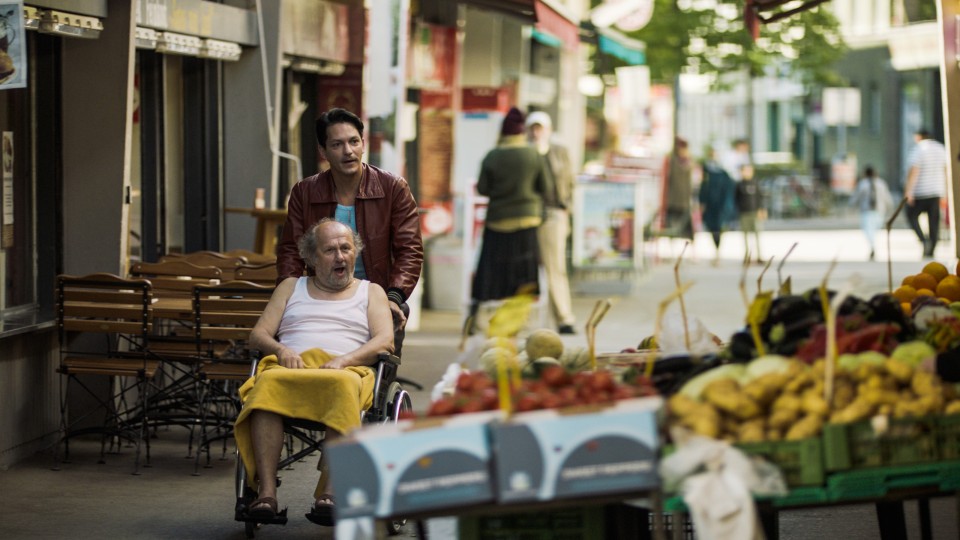 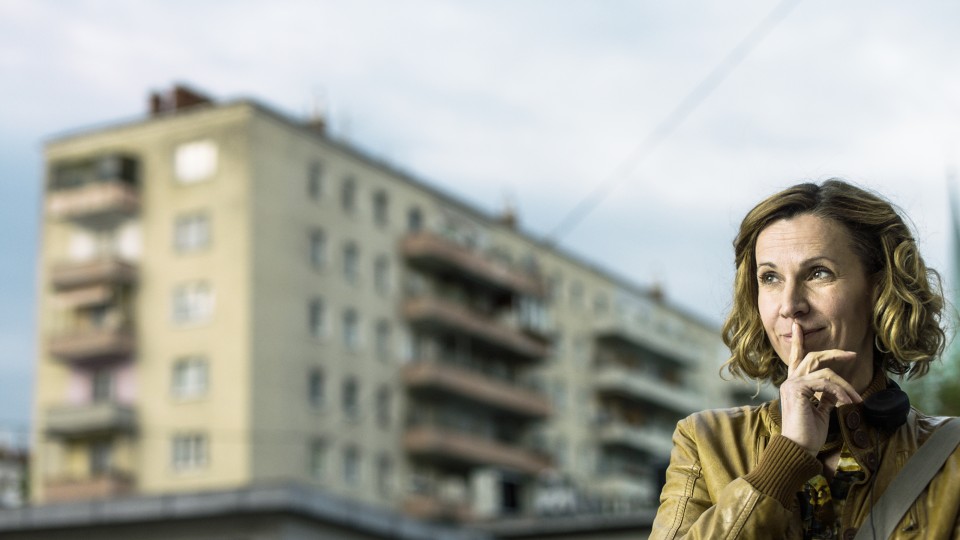 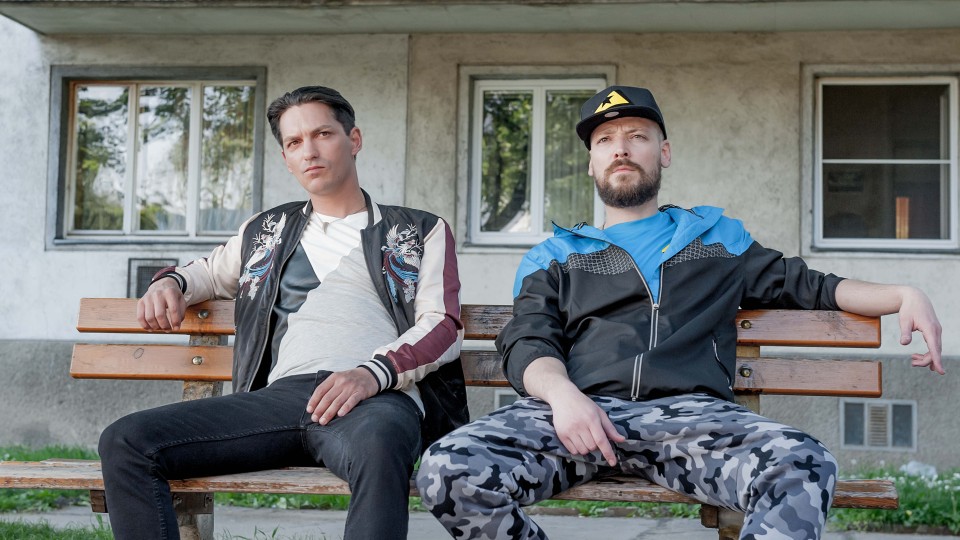 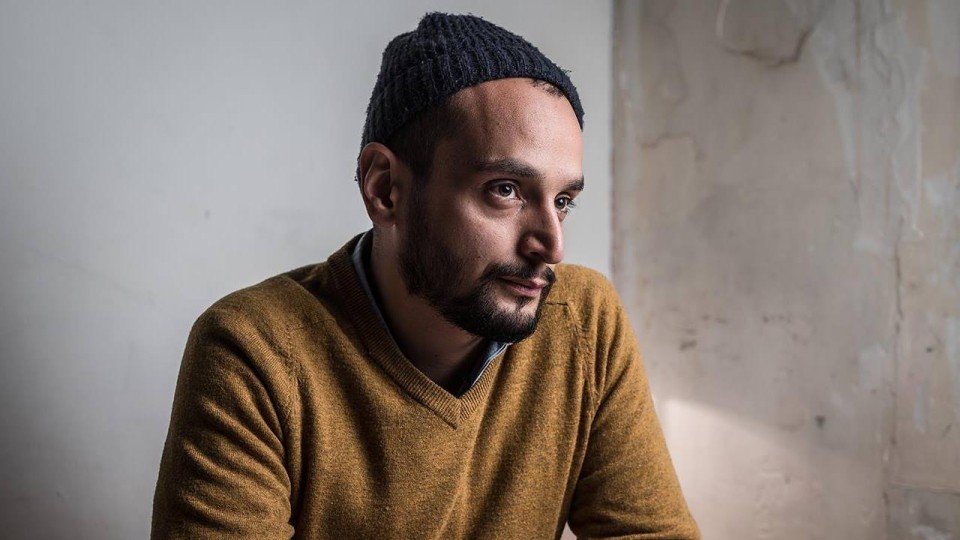 «I'm concerned with what I feel is a completely undervalued second generation in Austria whose talents are sometimes neglected entirely.»