All
you can
watch
The fear that our working world and love life could soon be overrun by humanoid machines is matched only by our fascination with the people attempting to program their artificial replicas and overcome the limitations of physical existence. Maria Arlamovsky has once again embarked upon a voyage towards our future. In Robolove she examines the ambitions and limitations in research and development – and poses the question of why all the prototypes are female, pretty and friendly.


Following your last documentary, Future Baby, in Robolove you once again engage with the theme of humans and machines rapidly converging towards an interface, probing the extent to which machines are capable of infiltrating human existence or of replacing human beings. What constitutes the fascination of this subject for you?

MARIA ARLAMOVSKY: We are living in a time when an incredible amount is happening in bio-technology and technology. Technology has totally changed our everyday lives. Future Baby made me aware of how essential it is to participate in the discussion. However, the subject is so complex that most people feel they can’t keep up. That's a pity, because if we fail to get involved, our needs won't be taken into consideration either. This is not about robots in factories that make people unemployed. Artificial intelligence is penetrating deep into our private sphere and also changing our relationship behavior.


The title, Robolove, seems deliberately ambiguous. Are you interested in love as a deeply human and sensual bonding with another person, which can be transferred to a substitute object? Or is it the love of technology and the drive to experimentation, which helps technology create an image of human beings and may end up overcoming death as well?

MARIA ARLAMOVSKY: It would be a fine thing if the film conveyed both. The technological and visionary aspect is predominant. There are visionaries who are driven by the ambition to create a machine which is a pseudo-human being – or even going further and creating something better than human beings. When it comes to the idea of love for a substitute object, the focus is on a simple form of love: love that does not involve making an effort, that can't hurt you or abandon you. It's a love that will be controllable, because it involves technology rather than human beings. The book Love and Sex with Robots was published in 2007 and triggered enormous media hype. In fact, none of that is actually happening. People are working on prototypes, but they are very far from being able to replace the human being.


One of the central characters in Robolove is the Japanese researcher Hiroshi Ishiguro. How did you come to be interested in him?

MARIA ARLAMOVSKY: I was initially fascinated by the question of why the robots being developed are all women. Hiroshi Ishiguro is one of the pioneers in android research, and he says: "We work predominantly with women because nobody is frightened of them." I was also puzzled by another statement he made: "We human beings are simply apes that employ technology." That's a very controversial statement, but it’s accurate as well. The more people want to build humanoid machines, the closer they have to observe every detail of human behavior, so they can learn how to program robots for that purpose. In one study he writes about why people are interested in conversations: we must have 75 percent agreement but at least 25 percent divergent opinions. It shocked me to think that a factor like that can be determined by purely mathematical means, but on the other hand I also found it fascinating that it's so simple. We’re not nearly as exciting and individual as we like to think.

MARIA ARLAMOVSKY: Another important encounter for me was with the project Bina 48, which is financed by Martin Rothblatt. He is a keen transhumanist who is putting a lot of thought into the question of how technology will help human beings develop in an interesting direction. With Bina 48 we are right in the middle of transhumanism, and the central question is always how we will be able to overcome death. The aim of this project is to be able to upload a "mind". Bina 48 is programmed with ideas, fantasies and stories from Martin Rothblatt's wife Bina, and the robot can then draw from this pool. There were a lot of disappointments in the research phase and in the shooting phase. At first it sounded as though people all over the world would be living with a sex robot or a social robot. But that's simply not true. The robots are all still in the lab.


How much of a challenge was it to make a film conveying so much material that is new to the audience combined with a visual narrative?

MARIA ARLAMOVSKY: That really was a major task. Since we spent a lot of time talking to experts, we were often sitting in small laboratories or offices – which is fairly frustrating in aesthetic terms. We went through the same sort of thing with Future Baby. At least with Robolove the human/machine aesthetic provided us with a stimulus. That meant we did a lot of filming in close-up, because I wanted the physical element to play a powerful role. If I learnt anything from the research we did for Robolove it's just how brilliant the human body is, and how fantastically it works. If humans weren’t so incredibly amazing, it wouldn't be so difficult to teach machines to imitate them. We attempted to create a kind of de-sexualized eroticism – in the final analysis, partly as a celebration of the human body. That's why we filmed the sex doll being dressed and not undressed, for example, which was how we discovered the ass was too big for the clothes intended for it. We always tried to play off the fundamental idea of a figure.


The concept of boundless thought, with no limitation, is very difficult to imagine. What happens if every human being can be perpetuated and will continue to exist in some other form? Will the world become full of artificial beings? Have the possible consequences really been considered?

MARIA ARLAMOVSKY: Technological progress always seems outrageous and frightening at first. But if a new invention satisfies a need within us, it will be accepted. The really gruesome thing is that many Japanese people in their 30s and 40s don't have sex anymore because they would rather communicate with anime girlfriends and boyfriends using their mobile phones or social bots. It's also quite common to use an app to order somebody who will go to a cafe with you, in return for payment. Nobody can afford the emotional investment that friendship entails anymore. I think there will be some people who reject technology to an increasing extent and become reclusive, and there will be those who find it stimulating to join in. One question remains in the foreground; why do people want to make less and less emotional effort, losing the willingness to work at the kind of social endeavor known as love?

As with Future Baby, Robolove is also a voyage around the world involving conversations in the USA, Europe and, above all, south-east Asia. Did you find any explanation for the fact that robot research and development is particularly advanced in east Asia?

MARIA ARLAMOVSKY: I think there are many explanations for that. I really don't feel it's my task to provide a meaningful analysis. But there's a lot of literature about the subject. It's certainly true that cultural and religious factors play a role. In Asia people don't differentiate between entities that have a soul and those that don't. Everything is felt to have a soul. Consequently people don't have a problem with the idea of talking to a coffee machine. The machine isn't essentially different from a human being, or of any less value. In Europe, on the other hand, our culture is extremely hierarchical. There is a far greater feeling that the private sphere can be infringed. The question I set out to answer in this film initially was whether plastic women would replace us (women, that is). The answer is definitely "No", but something will happen. We will create female assistants: the form they will take isn't clear yet. Humanoid robots are just the first step, to create acceptance. The most familiar form is always used first, so the real challenge can be worked on and refined.


Towards the end of the film you also talk with a Buddhist monk in a cemetery, where the organic, transient aspect of nature can be felt all around. This takes you right out of the sterile laboratory situation. What prompted you to approach him?

MARIA ARLAMOVSKY: The monk I talk to in the film was previously an IT specialist, which means he is a link between the two worlds. He is in a position to reflect on what technology means for a religious mindset. He has come to believe that the huge masses of data are the new gods, because we believe that mathematical processes which capture our behavior are infallible. At the moment, that is the promise of salvation: the more data we collect, the more we know about ourselves. In the old days the idea was that the more we believe in God, the more we know about ourselves. That faith gave way to science and today Big Data is the dominant philosophy. The existential question is: what remains? Who are we? We find ourselves in one of the few moments in history where humankind's image of itself is changing and being renewed.


Did you have the feeling you were entering another transitional period with Robolove?

MARIA ARLAMOVSKY: Yes. After all, we are always going through a process. From time to time there are developmental leaps. The question is whether we are at the interface of a developmental leap right now, and whether we are prepared to go along with it, or whether we would rather say it's all too complicated, we’ll abandon the idea. 50 years ago who would have thought we would be walking around today with mobile phones making Skype calls to friends? The aim of research is always to find the next developmental leap. Essentially, the fundamental question is: what does that do to us? What do we want from this thing? And we also have a social and therefore political responsibility here, but where in politics is there any debate about it, considering the massive changes this technology will bring to our lives? In the best possible scenario, documentary films should also prompt people to start questioning their attitudes to the world. 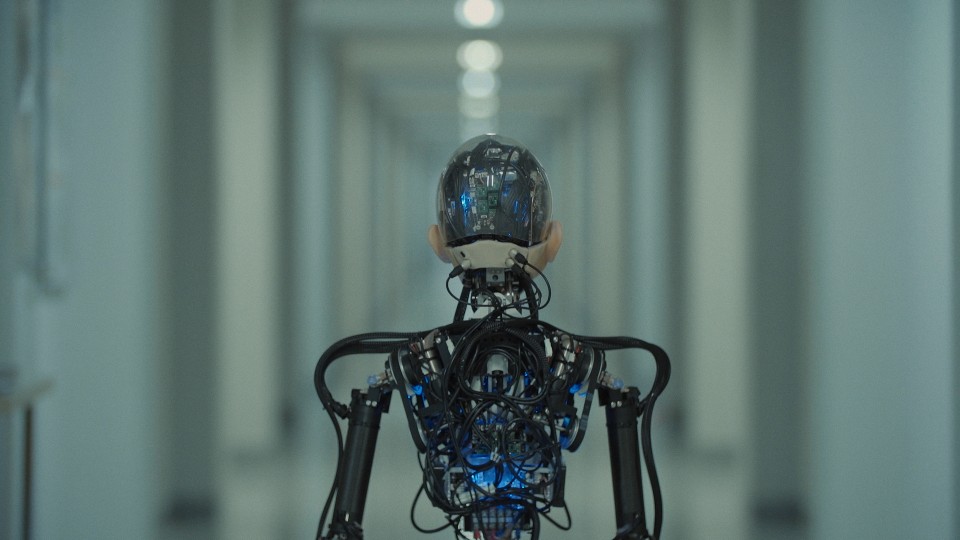 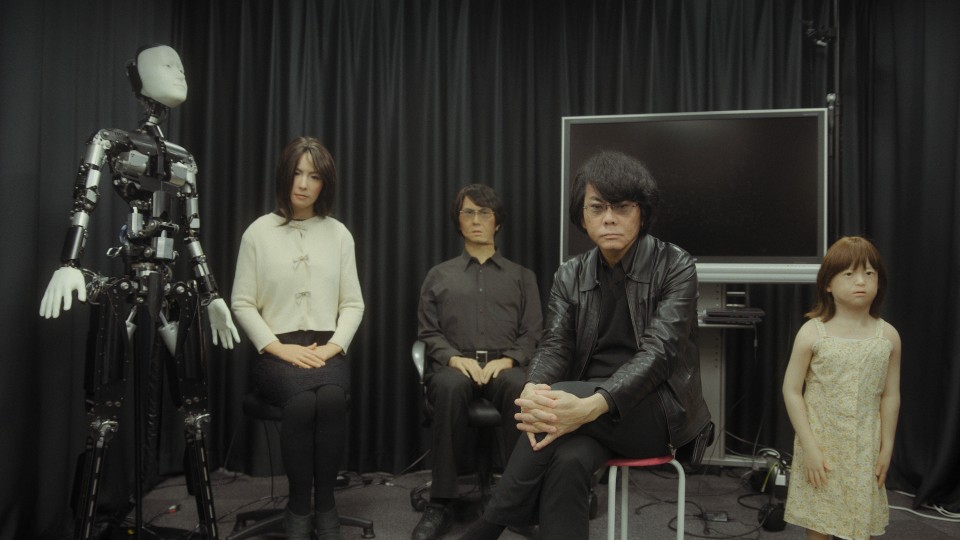 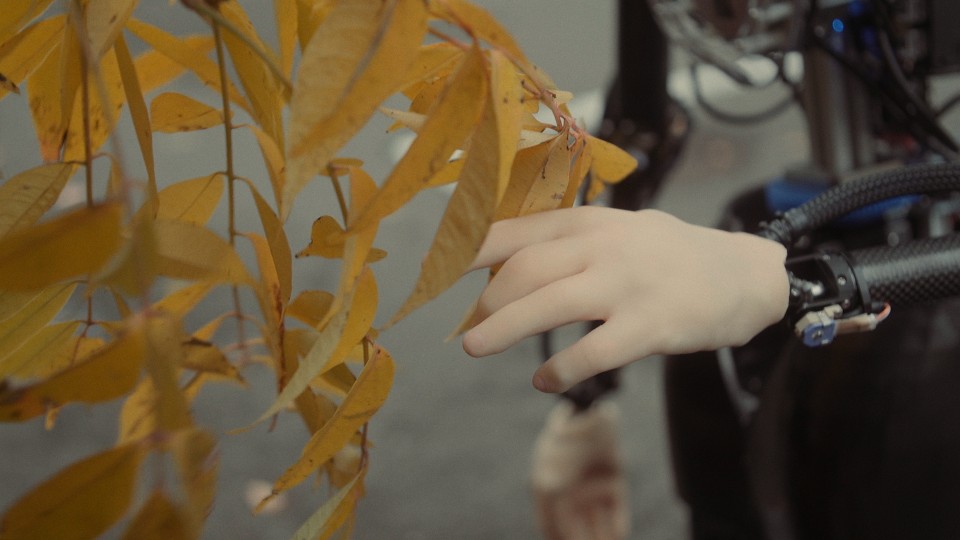 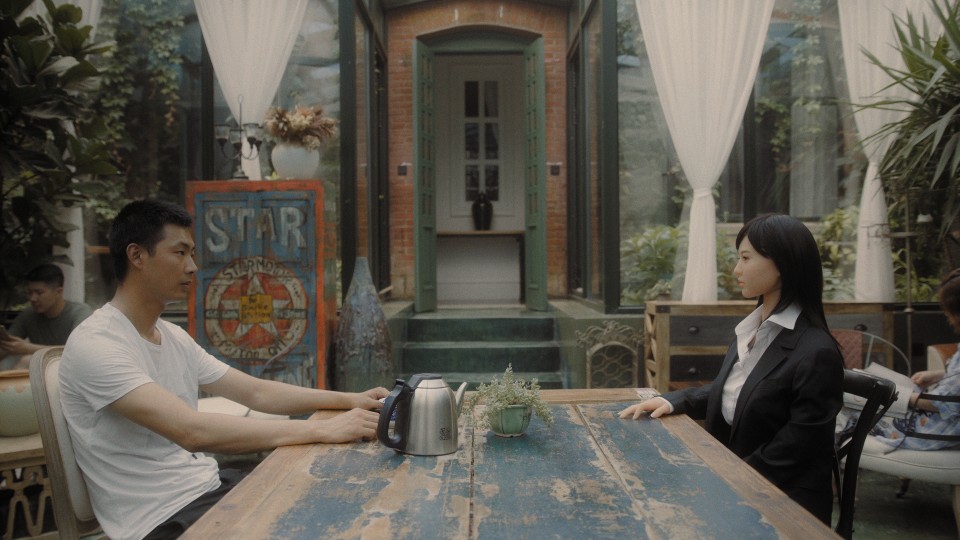 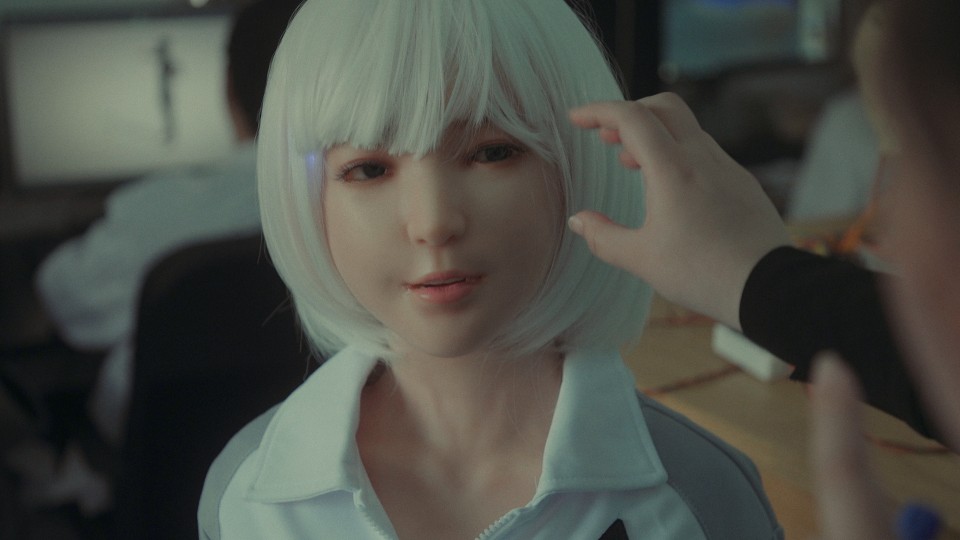 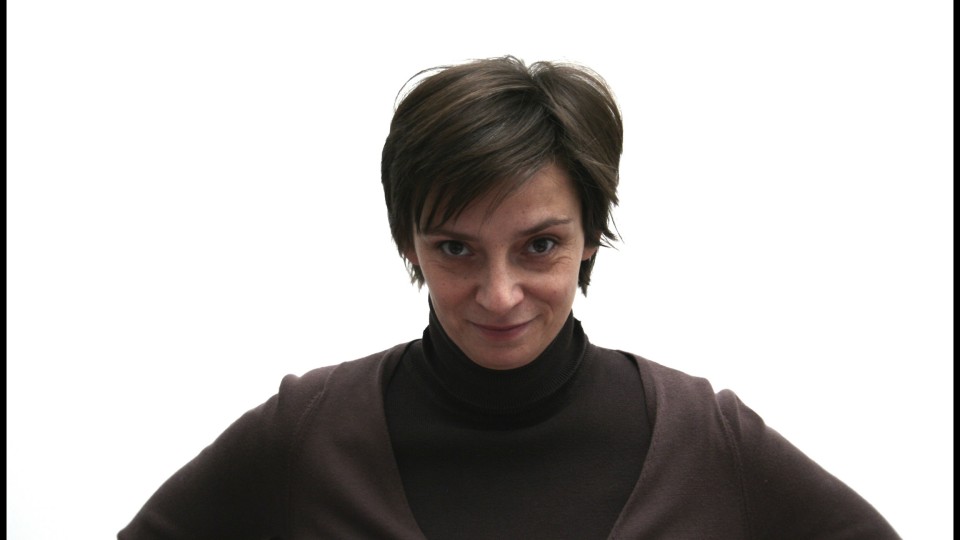