All
you can
watch
It is only in a momentary depiction of three generations of bourgeois existence that Michael Haneke allows us to become aware, in his new film Happy End, which certainties are likely to slip away, which values to sink beneath the surface. Even when employing the transience of youthful chat media, the filmmaker succeeds in generating lasting unease about ourselves – and within ourselves.


Happy End is the film after Amour, which has been the most successful of your works to date. Success and recognition also signify approval. And Amour has been described as a "more emotional" film than your previous works. You are known as a filmmaker who likes to place the audience in a painful state of alertness, while also challenging visual conventions. When you were developing the script after Amour, was it also an intention of yours to place on the big screen your sharp, often relentless perspective on people, whether in a family group or in society?

MICHAEL HANEKE: It would be foolish and hypocritical to claim that I don't enjoy being greeted with approval. Of course I do like it. After all, I make films for an audience. When I write a new film I don't pursue any strategy; I simply wait to see the first thing that occurs to me. The first film I wrote after Amour was a different one, but for various reasons it wasn't feasible to make that film. So I had to start all over again, and then this story occurred to me, the story I tell in Happy End. Amour really didn't end up the way it was because I had decided to make a "nice" film. All my films are emotional. With every theme you look for an appropriate form. Actually, that's the real artistic work: to tell stories so they also work for the recipients. And the form changes depending on the subject. Naturally in a sense I always make the same film – which auteur doesn't? But I hope that during the course of my life I experience some development, at least in small steps. Anyway, it's not that I say to myself: OK, now I've made a "nice" film, it's time for me to make a "nasty" one. At the moment you start writing you really don't know which way it will go. A great deal happens during the course of the journey.


Caché opens with a long observation sequence, recorded with a video camera, while Happy End opens with a sequence filmed on a phone, also showing somebody being observed from a distance. What has changed over the years since Caché, in terms of utilisation of the media and attitudes towards images, that you wanted to deal with here?

MICHAEL HANEKE: I've been concerned with the media ever since Benny's Video. When you are active in the media yourself, reflecting on the subject is a necessity. Since my first cinema film – which isn’t actually so long ago – media technology has exploded. Over this period of almost 30 years the world has changed enormously, and the media with it, but above all the media has changed the world. These days you can't have a narrative about what some people call a "normal" life without the media playing a role in it. But that doesn't mean I wanted to make a film about the media. The project I had originally planned was also concerned with the way the media functions, simply because that's the way things are today.


At the same time, the fact that you start your new film with images from a mobile phone may have been a fundamental decision?

MICHAEL HANEKE: That’s a formal decision. My primary narrative principle is brevity. I don't want to strain the audience’s patience; instead, I want to prompt an attentive attitude by means of my narrative method. The more concise I am in telling a story, the more the audience has to use their imagination. And I'm interested in exploring the limits on a formal level to establish what I can leave out, what I can cut back on, so the audience is encouraged to be as active as possible.


Watching the opening sequence of Happy End can leave you feeling quite overwhelmed: you're still busy dealing with the surprising element of the small image, and then you have to follow the text level of the chat conversation, and it isn’t immediately apparent that you’re dealing with a key scene here.

MICHAEL HANEKE: That's right. You really need to pay attention, otherwise you sleep through a lot. But young people these days are used to that: they write messages at breathtaking speed, and they read these messages more quickly than generations that haven’t grown up with this habit. A 13-year-old girl like Ève, who apparently uses the Internet a lot, does so at a certain speed – and you need to do justice to that. I'm merely trying to tell a story that is in tune with the time and the viewing habits these days. It is necessary to concentrate on this film, I hope. The opening scene creates a feeling of bewilderment, and what exactly goes on is left open. Incidentally, the sequence was recorded in Snapchat, a messaging service where text appears only at the moment you write it and then vanishes for all time. You could communicate anything you like without any consequences, which I find fascinating – even that you'd killed someone. Neither you yourself nor the investigator would ever find that confession again. Something like that has repercussions for the reality of the user.


The story is set in Calais, in the far north of France, where the country’s biggest and most controversial refugee camp was located: the Jungle. What prompted you to travel to this northern area, the extremity, the outer limit of the EU and of its values?

MICHAEL HANEKE: Calais has become a catchword for all our ignorance about what is happening in the world. The action in Happy End could take place everywhere in Europe; Calais is merely conspicuous as an extreme case. It wasn't at all my intention to make a film about Calais, or about migration. The conditions in Calais and the surrounding area are simply the embodiment of overall autism. We focus so much on our own navels, what’s going on all around us is only of peripheral interest.


What prompted you to work with Jean-Louis Trintignant again after Amour?

MICHAEL HANEKE: I love him. He's a really fine actor, and he conveys a complexity in his acting that I've hardly ever seen in any other actor. For me, the greatest pleasure about making films is working with actors, and naturally this pleasure grows with the quality of the actors.


Happy End features a number of scenes where characters, sometimes tentative, sometimes unwelcome, force their way into spaces or cross thresholds: Rashid in Anne’s office, Ève in her father’s computer, Ève in her grandfather’s room, Anne in the apartment where her son Pierre lives, the refugees at the formal engagement reception. Could the central issue of this film be described as the question of what order will remain and what will be abandoned?

MICHAEL HANEKE: Transgression is an uninterrupted feature of every life. I don't have the impression that it features more frequently in this film than my other works. Every kind of conflict results from a form of overstepping boundaries; it's an integral component of all drama. Love is also a transgression. I'm merely trying to look at it very closely. When Pierre brings the refugees to the party he provokes a scandal which causes his family to lose face and makes it imperative that they should rescue the situation. And they do so by displaying a very hypocritical kind of superficial hospitality. Hypocrisy is a theme in many of my films. But that isn't the same as saying Happy End is a film about the hypocrisy inherent in a certain social strata. We all behave hypocritically and lie ceaselessly. We're all egocentric and deceitful and at the same time hurt and sad and lonely. Like all my other films, Happy End is a reflection on how we interact with each other: being thoughtless and inconsiderate while at the same time hungry for love and in need of attention. The gripping aspect of the drama is the challenge of making all these contradictions visible without explaining them. I think ambivalence is important here. Each of us has a thousand faces. We are constantly putting on an act, even to ourselves. It isn't a film about Calais. It's a film about us. 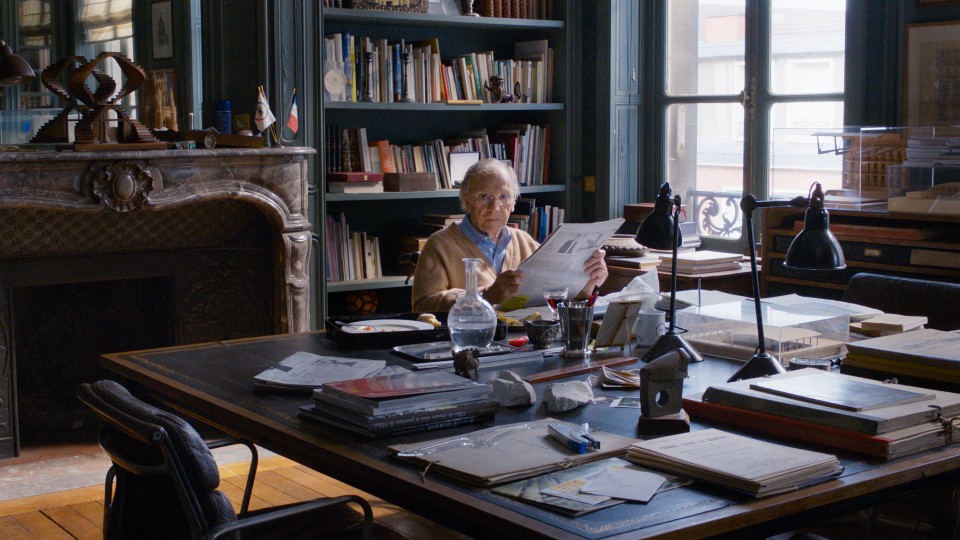 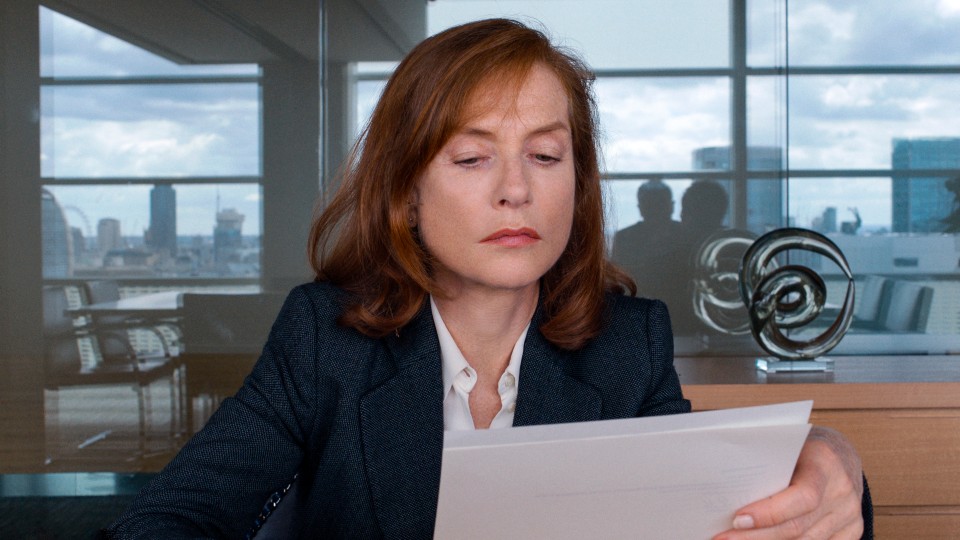 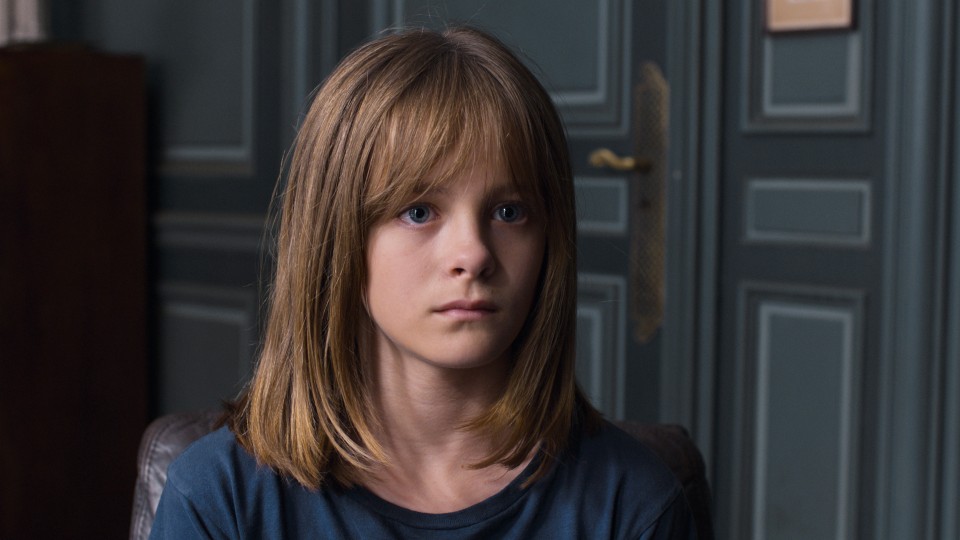 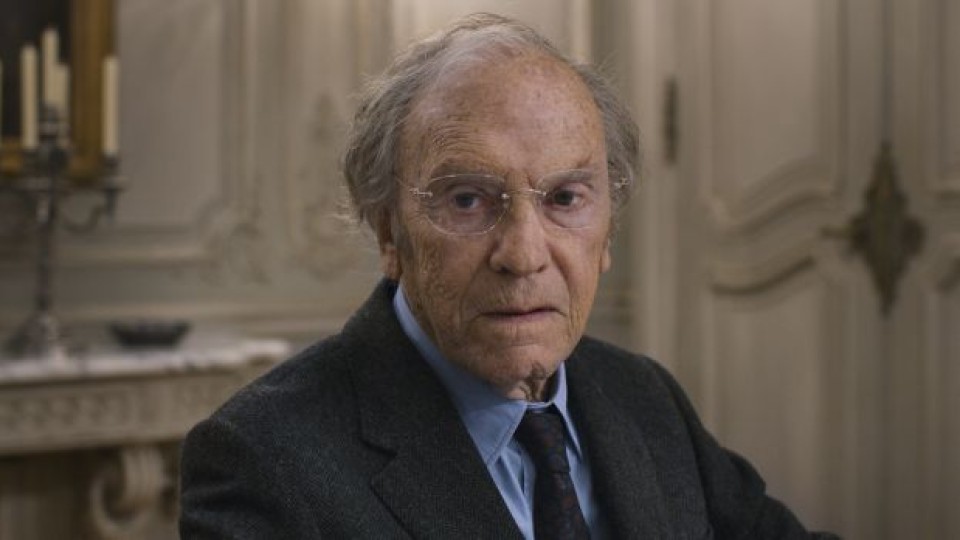 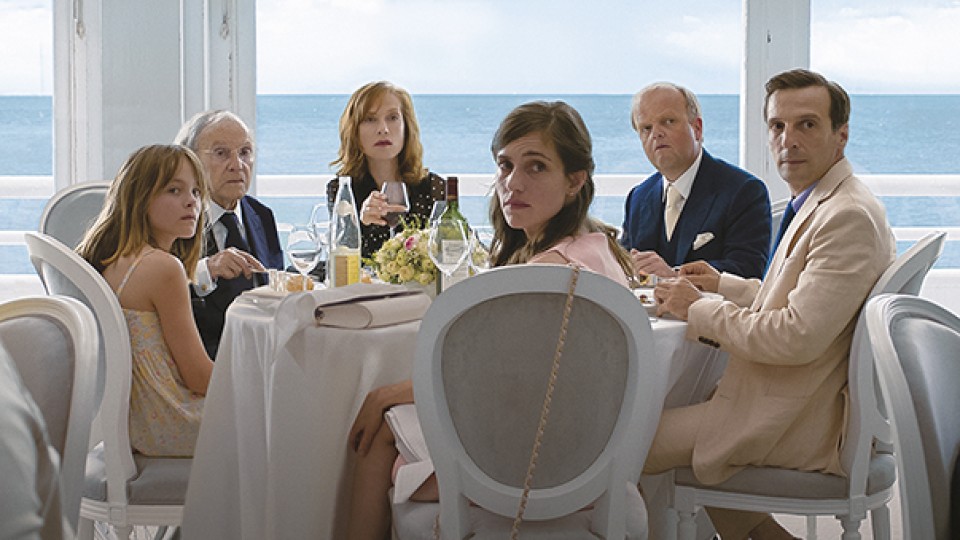 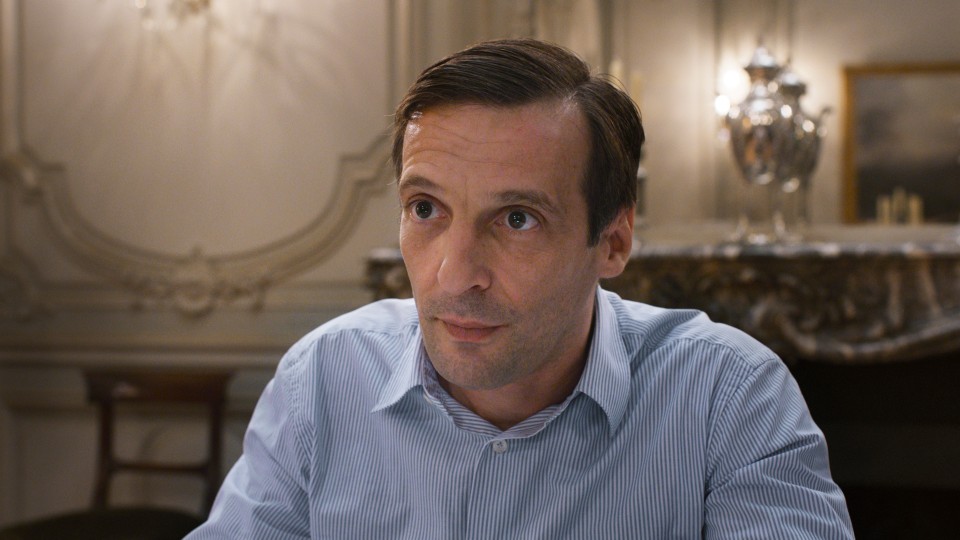 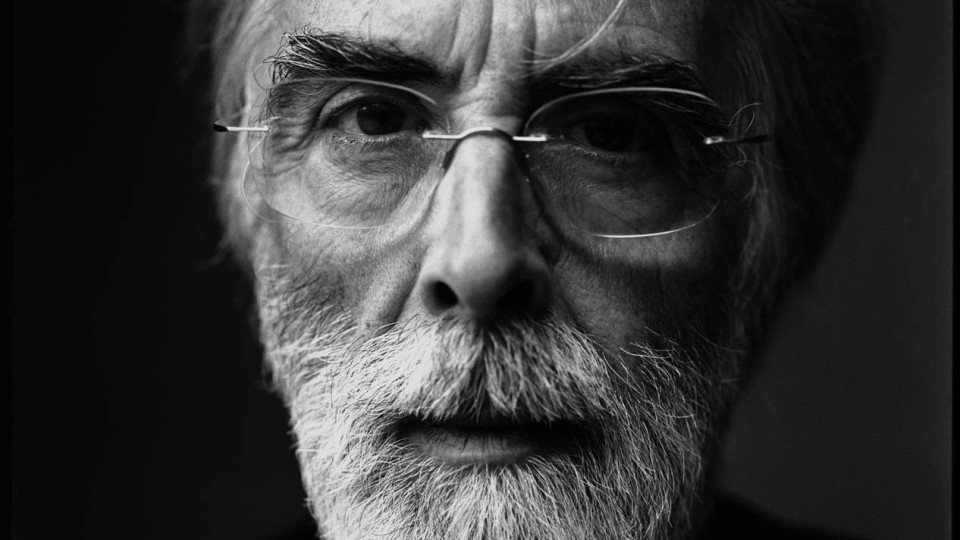 «The conditions in Calais and the surrounding area are simply the embodiment of overall autism. »