All
you can
watch
Following the resounding success of their debut feature film Goodnight Mommy, Veronika Franz and Severin Fiala headed off across the Atlantic. Now, after the episode The Trud for The Field Guide to Evil (world premiere at the 2018 South by Southwest Festival in Austin, Texas) they are back with another full-length feature that aims to scare us out of our wits. The Lodge was made in association with the British genre institution Hammer Films and will be shown in the Midnight section of the Sundance Festival. A conversation about projects here and there, and the forthcoming remake of Goodnight Mommy.


It is four years now since your first feature film Goodnight Mommy had its world premiere in the Orizzonti Section of the Venice Film Festival and went on to be an incredible success, generating interest around the world. Since then here in Austria we have slightly lost touch with you, because that film enabled you to work in the English language on an international level: The Field Guide to Evil, a film anthology for which you created the episode The Trud on the basis of an Austrian legend, had its world premiere last year at the South by Southwest Festival in Austin. The Lodge, your first feature film in English, will have its world premiere in January at the 2019 Sundance Festival. What were the decisive steps or encounters resulting from Goodnight Mommy which enabled you to launch yourselves on the international stage?

VERONIKA FRANZ AND SEVERIN FIALA: The film was particularly well received in the USA and South America, as well as in the international genre world, and it opened up a lot of opportunities for us that we hadn't really thought about. Working in the USA without an agency behind you is extremely difficult, because the agencies have not only directors but also actors, composers, cinematographers, etc, under contract, and they try to promote them to financiers and production companies as a kind of package. So our first step was to accept an offer from an agency, in our case WME. We were lucky that we chose that one, because our agent also handles directors like Damien Chazelle (LaLaLand) and Andy Muschietti (It). So then we were offered a lot of screenplays, and we also had ideas of our own that we were able to pitch. That's how we met interesting producers like Michael de Luca and directors like Sam Raimi. We're working with both of them on our next film projects. There is also a series project on the basis of Stephen King’s novel Carrie. But the most important thing for us is that we hope to be able to make the historical genre film Des Teufels Bad in Austria as our next project: ORF and the Austrian Film Institute have both already signed up.


What was the idea behind The Field Guide to Evil? Which episode did you write for it?

VERONIKA FRANZ AND SEVERIN FIALA: The producer behind The Field Guide to Evil is from New Zealand, and he also produced the extremely successful horror anthology ABCs of Death. We met him here in Vienna at the Slash Film Festival. The idea behind The Field Guide to Evil is that each episode is based on a local myth or legend. Eight international filmmakers, including the great Peter Strickland, were invited to make 12-minute films on a very low budget. To be perfectly honest, we couldn't come up with a legend until the mother of our twins from Goodnight Mommy told us the story of the Trud. It’s a mythical being that sits on the chests of sinners during the night and pushes the air out of them. The sort of experience that would perhaps be called a panic attack today. We made this into a story about two young women 200 years ago who fall in love, which is of course strictly forbidden in those days. Then the guilt they experience takes on physical form as a monster, the Trud. We filmed in a forest. We worked with two incredibly talented young actors, Marlene Hauser and Luzia Oppermann, while Birigit Minichmayr played a mother, and as with Goodnight Mummy we had Martin Gschlacht behind the camera. We again filmed in 35mm, using film stock beyond its expiry date from a copying company in Budapest; we got it for virtually nothing. Actually, the 19-minute film was also a preparatory exercise for our historical film Des Teufels Bad.


Making The Lodge entailed working together with the British production company Hammer Films. What status does this company have in the world of genre films? Were you only under contract with them as directors, or did you work on developing the screenplay as well?

VERONIKA FRANZ AND SEVERIN FIALA: Hammer Films is a legendary British film company; from the 1930s to the 1980s it produced milestones in the world of Gothic horror. The firm had its heyday in the 1950s, when it created genuine genre classics with new versions of the Frankenstein and Dracula stories (featuring Christopher Lee!). 10 years ago Hammer Films opened up again. We were very pleased that they contacted us. They offered us a screenplay by the Scottish writer Sergio Casci, and over several months we rewrote and further developed it. To be honest, that was almost more work than writing a screenplay from scratch. The Lodge was made with funding from the USA, from the company Film Nation, a production and distribution firm that most recently had international success with films like Arrival and The Founder.


What kind of progress has this project meant for you in terms of production conditions, (not merely budgetary ones)?

VERONIKA FRANZ AND SEVERIN FIALA: A lot of Hollywood films are made in Canada for financial reasons, because of the system of tax advantages in operation there. And that's what happened with us. We shot the film at the beginning of this year, in the area around Montréal. There aren't any mountains there, as originally planned in the screenplay, but as a director you just have to work around that or rewrite it. And there's plenty of woodland and solitude in Québec after all. We’re delighted that we were able to secure the Greek cinematographer Thimios Bakatakis, who has worked with people like Yorgos Lanthimos, and again we shot on 35mm, which wasn't so easy to push through. Because money is always short when you're making films, in Hollywood just as in Austria.


Filming for the English-language remake of Goodnight Mummy is scheduled for 2019. What's your involvement in this project?

VERONIKA FRANZ AND SEVERIN FIALA: Yes, we are involved, and proud of it. The US producer of the remake, David Kaplan, is an impressive personality whose most recent work was the international success It Follows. The European initiator of the remake is the French company Playtime, which also handled international distribution for our original version of Goodnight Mummy. We met the screenwriter and director in Los Angeles, and soon we’ll be able to read the first draft of the screenplay they have come up with. Officially we'll be listed as executive producers.


Are you now yearning to work in Europe again or just keen on more opportunities on a larger scale?

VERONIKA FRANZ AND SEVERIN FIALA: Hard to say. Both systems have their advantages and disadvantages, and with each individual project you have to decide which system is more appropriate. While we were shooting in America we often missed the freedom and intimacy of working on films in Austria. On the other hand, the Canadian crew was fantastic, in terms of skills as well as artistic ability, and the American actors are in a league that few people here can match. Of course that makes it tempting to work there again. That's why we are working at the moment on projects in both worlds: we are trying to finance the historical genre film that we want to shoot in Upper Austria. And then there's an American project about refugees on a container ship: the working title is The Fortress. We are under contract with Universal for that, and we have to submit the screenplay in the summer. What essentially interests us most is the challenge of taking new steps and being able to learn new things. That can mean making our first historical film in Austria or working within the American studio system. 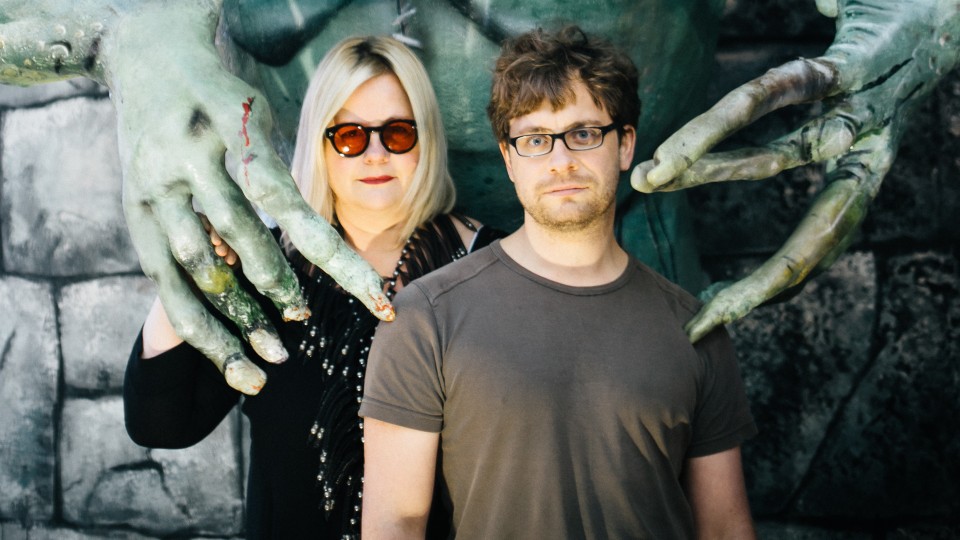