All
you can
watch
We’re immensely saddened and shocked to learn about the passing of Ursula Wolschlager, a prolific and committed producer, a passionate story developer and a visionary fighter for diversity and feminism long before these issues have gained their current importance.

In 2008 she founded her unique and ambitious script development lab WITCRAFT SZENARIO where highly acclaimed films such as Barbara Albert’s MADEMOISELLE PARADIS, Marie Kreutzer’s WE USED TO BE COOL and Elena Tikhonova’s comedy CAVIAR started to take shape. She was also a founding member and key player in the Austrian network for female filmmakers FC GLORIA.

Ursula has also taught dramaturgy at the University of Applied Sciences for Film, TV and Media Production in Vienna, launched training initiatives including Babylone Europe and she was also a member of the European Film Academy, board member of both the Austrian Film Academy, and the national coordinator for EAVE.


We asked some of those who knew her for their thoughts:

Ursula pursued every project with almost unending devotion and persistence, often in the face of huge hurdles. Whether it was her commitment to our first joint short film or the risks she later undertook in the development of major international projects – she was always so full of passion! And it was also a passion for the new and the unusual. She was constantly searching, searching for new narrative forms and better conditions for women in the industry. And she achieved so much! She was involved in so many films, projects, friendships and networks. She battled altruistically for changes in film policies, and she supported young writers. Ursi had a big heart. She will be sorely missed.
Barbara Albert


Travelling on the highways of the USA with Ursula. Stories of slaves and secret Ku Klux Klan groups.
Our shared horror about the brutal stories and the continuing racism in Alabama, in Mississippi. Long conversations about fathers and sons – and Elvis – on long car journeys. Talking with Ursula was always good, because of her warm heart, her curiosity and not least her profound knowledge. Ursula loved people, and many, many people took her into their hearts.
Adieu, dear friend.
Ruth Beckermann


A great deal has been written about Ursula Wolschlager in the days since her death. Ursula, the great supporter of young film talent, the fighter for women in the film industry, the tireless producer. And yes, she was all that, Ursula with her laughing eyes which so many of us are now weeping for. But there was another Ursula as well, for me. I met her as a vulnerable, slightly chaotic and extremely sensitive person who had an undogmatic approach to the world and wanted to change it. We got to know each other through the school that our sons attended. Two mothers working in the film industry. We lived quite close to each other, although we didn’t see each other as often as we wanted to or should have. But we attempted for many years, with workshops in the Austrian Film Museum, to convey to Viennese elementary schoolchildren what cinema and film narrative meant to us. With Chaplin, with Laurel and Hardy, with Meliès. I remember the first time, when we were showing an extract from The Circus, and the children suddenly started chanting “Encore, encore!” They wanted to see the whole of Chaplin. And then at the end they stormed to the front in order to get a little piece of analogue film strip from us. After those workshops we were both always happy. Happy to have relived the magic of cinema and to have communicated it to others. And that’s what I think of now, when I think how unhappy I am that Ursula has died.
Veronika Franz 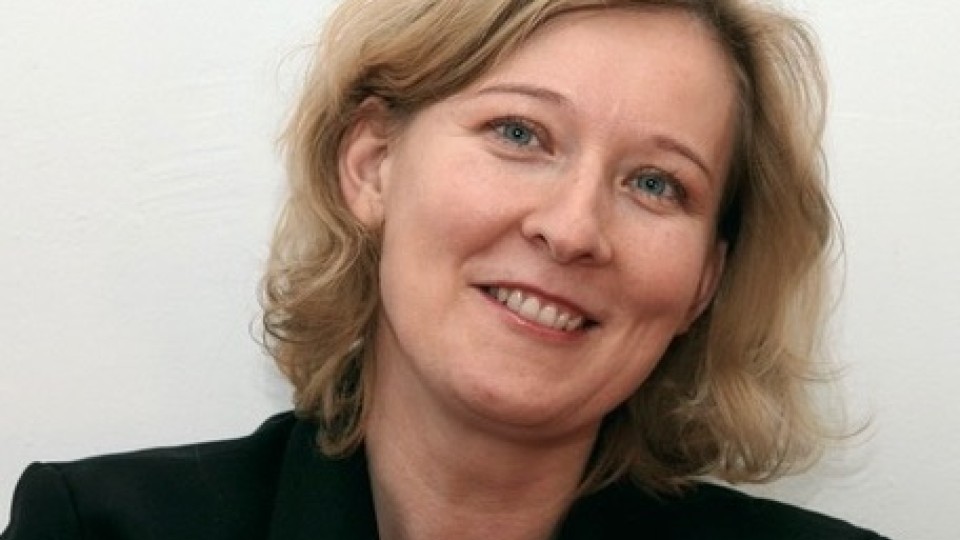