All
you can
watch
WINWIN is the title of the new feature produced by the European Film Conspiracy Association which satirically questions the power of money. Read more in an interview with director Daniel Hoesl and the artistic co-conspirator Julia Niemann.

WINWIN, the credo of the textbook of negotiations, provides the title of the movie. Is it a movie about winners or also about losers?

DANIEL HOESL: Currently many wars are being fought in this world. War inherently always creates losers. In the movie, all are winners, that’s how it is in satire. Alongside all those wars – led by the Islamic state, fought inside Ukraine or the problems with refugees – above all is the meta-war – the financial war, which is waged by the plutocrats against all of us. They exploit politics and unions and subjugate us all. It is difficult for me to talk about winners and losers. We are definitely all losers, even the millionaires who fear for their alleged wealth the most as well as toil for it.


How did the research for advancing into the depths of the unfathomable look like?

JULIA NIEMANN: We met with many super rich and those within their environment who have something to say and interviewed them. We concentrated on their way of life, their vocabulary, their recreational activities. We also read a lot of course. The personal conversations were very productive. Since our approach wasn’t a journalistic one, they were very open and willing to let us in on their private details because they are proud to count themselves amongst the winners. Many a situation they described about their everyday life, we tried to implement. We stayed very closely to reality. We didn’t have a script and often tried to implement citations of them one-to-one in the movie.


Who were those super rich interlocutors?


And they were willing to show their hand?

DANIEL HOESL: As long as you don’t quote them they willingly provide information. They are very proud to have found ways to circumvent the system. Most of them are highly intelligent but don’t necessarily have a university education. Very often they are connected to a power complex that enabled them to receive the bid for a building project, licenses and the like.

JULIA NIEMANN: We didn’t arrange to meet them for a mundane research conversation, we met in the evenings, in a bar, again the next day, and again after a few months. We really wanted to get to know them. We took what was said very seriously and truly included them in our work. In turn this activated a keen interest in them to participate. Sometimes a lively contact was established which still continues to this day. “There is no risk” – that’s the credo of this world. This was the tenor in all our conversations and we tried to illustrate that: Investors bear no risk.


Negotiating is a central topic – obeying one of your fundamental principals, reduction – are negotiations determined by a human and a time factor? How did you arrive at this stylized form of depiction, how big a role did the factor time play for editing?

DANIEL HOESL: The fundamental question we concerned ourselves with was that of the truth. The truth in our movie is the lie. The presence of the topic of truth made us think of Russian icon painting which also, with its halos appeals to us directly. No matter what the people in our close-ups say: It is the truth or it becomes truth. Whatever an investor says it becomes truth because he possesses such power, it doesn’t matter what he says, he is believable: that’s the religious connection. In this structure what has been said becomes the truth even when you know it’s not true in reality. In order to create this field of tension it seemed important to let the viewers be addressed as if by a news anchor.

JULIA NIEMANN: We concentrated on the religion of money and discovered that our three investors actually are three evangelists, saints who are all falling from heaven in this movie. Insofar it was obvious that they have to address the audience directly. What is being said doesn’t just apply to their counterpart in the negotiation but also to the viewers. Eye contact is also very important in a sermon. A priest also looks into the eyes of his community. His conduct is similar to the conduct of a negotiating partner.


How did the characters and plot develope from the collection of interviews if there was no script?

JULIA NIEMANN: Here our structure of a collective plays an essential part. We worked within a collective in the broadest sense. We did craft on texts in the course of the conversations. We rehearsed with the actors who already brought their personal background, their experiences, their vocabulary, the habits of their surrounding environment with them and implemented them into the plot. In rehearsals we improvised, re-enacted those scenes. Then we refined and wrote down those scenes and from that a sort of script developed. We went into filming well prepared. Sometimes we worked with the actors, sometimes while researching with non-participants, sometimes the two of us developed something alone. We also worked with material we found in the media. For instance with the story of Nicolas Berggruen, who bought the German department store Karstadt for one Euro. We didn’t get in touch with him personally but we studied his appearances in the media, read his books, analyzed his statements. Each of our characters carries a little bit of Nicolas Berggruen inside them.


… and also from themselves?

DANIEL HOESL: The background stories are incorporated. Our approach has changed a little bit though. In this movie the character removes himself from his own personal background. Only two real investors appear in this movie. One aspect, where we had to revert to our previous approach, was the cosmopolitical. It had to be carried within the cast by people who embody that. For a cosmopolitan, to travel doesn’t mean anything, the world is his uniform market- and playground.

JULIA NIEMANN: Our story could happen everywhere. We are not even trying to depict Vienna or Austria more closely. It also didn’t matter much in our conversations with investors. We could have also met with them while hunting in Namibia. 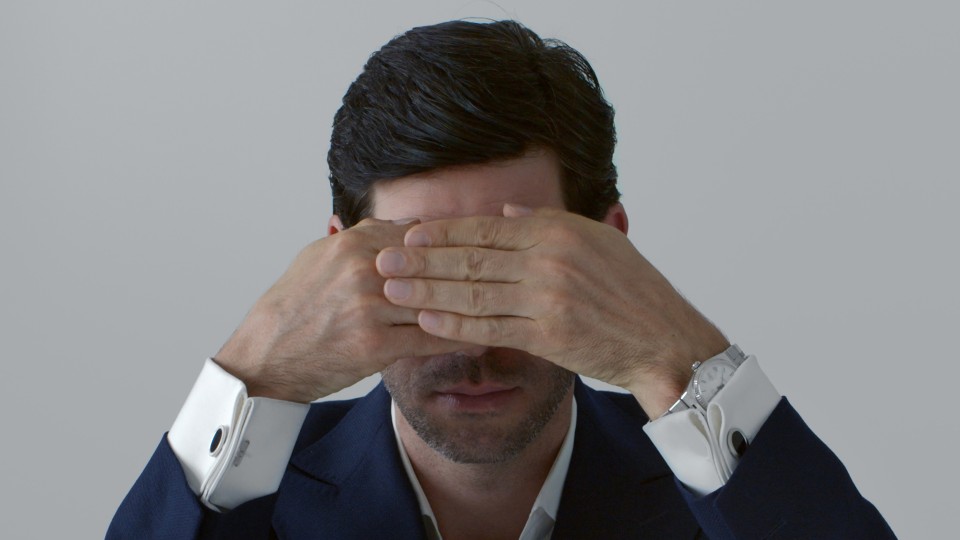 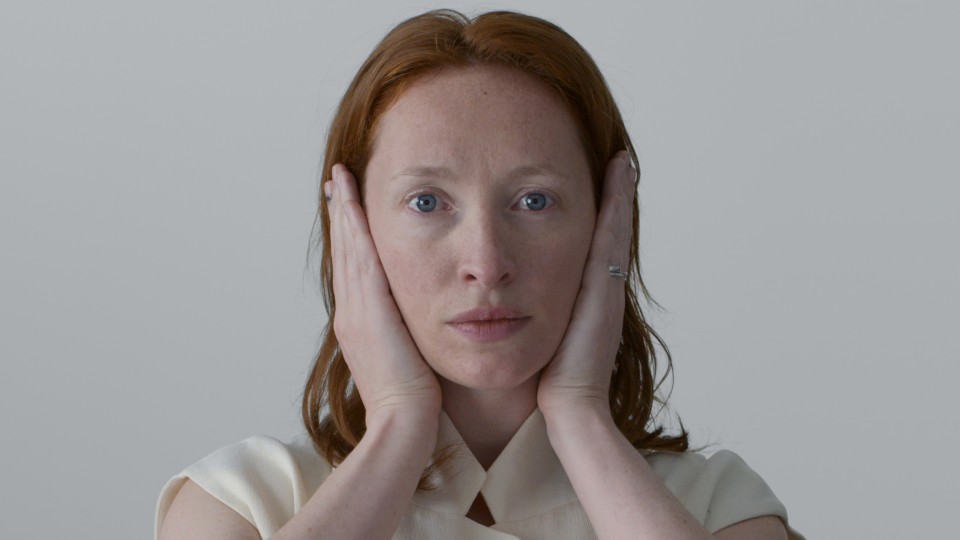 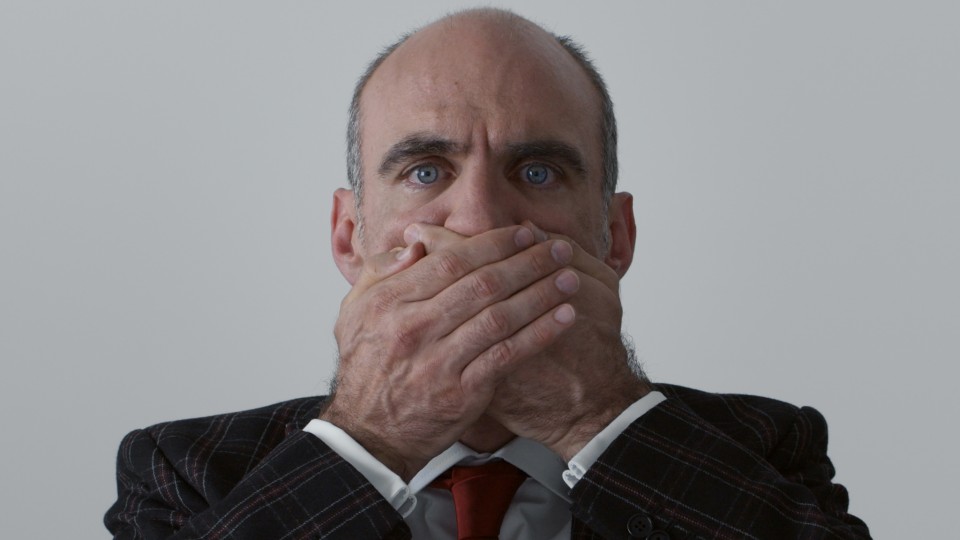 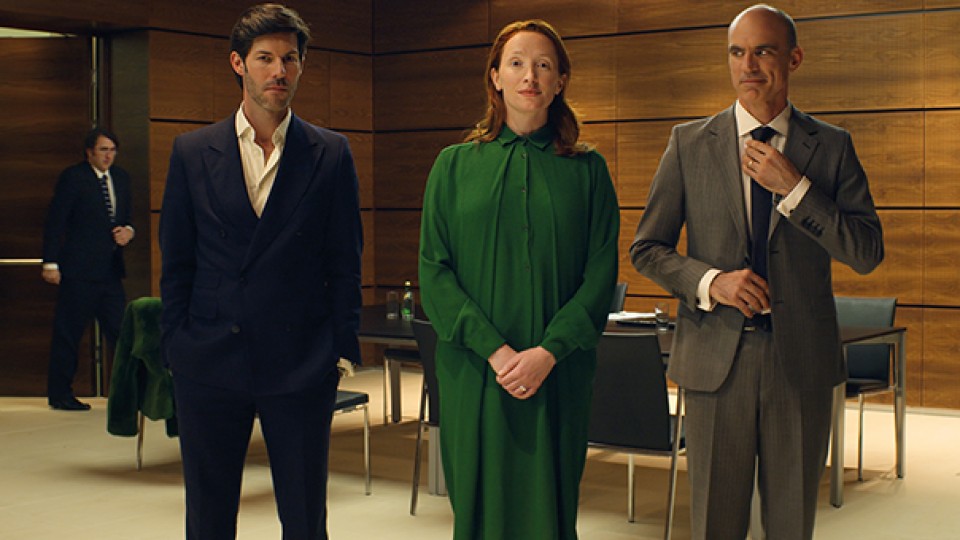 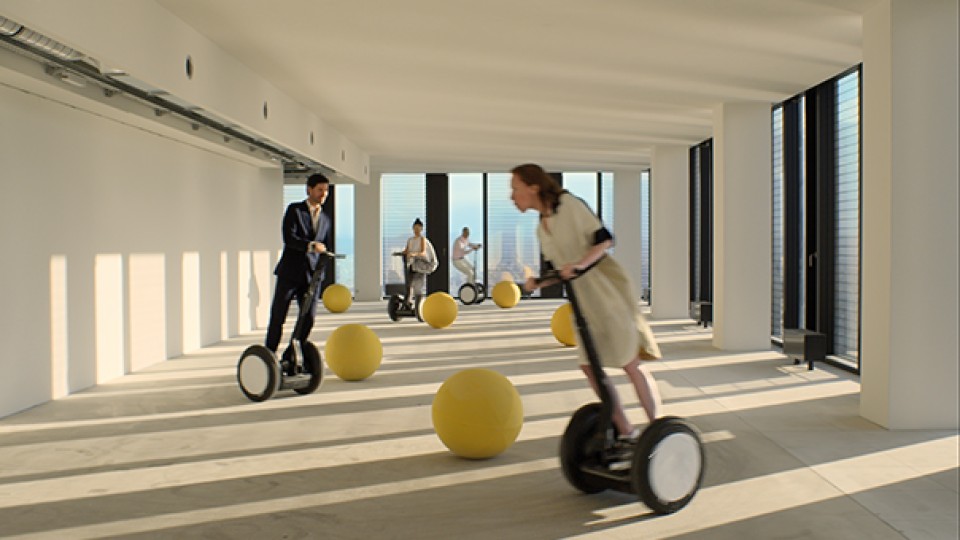 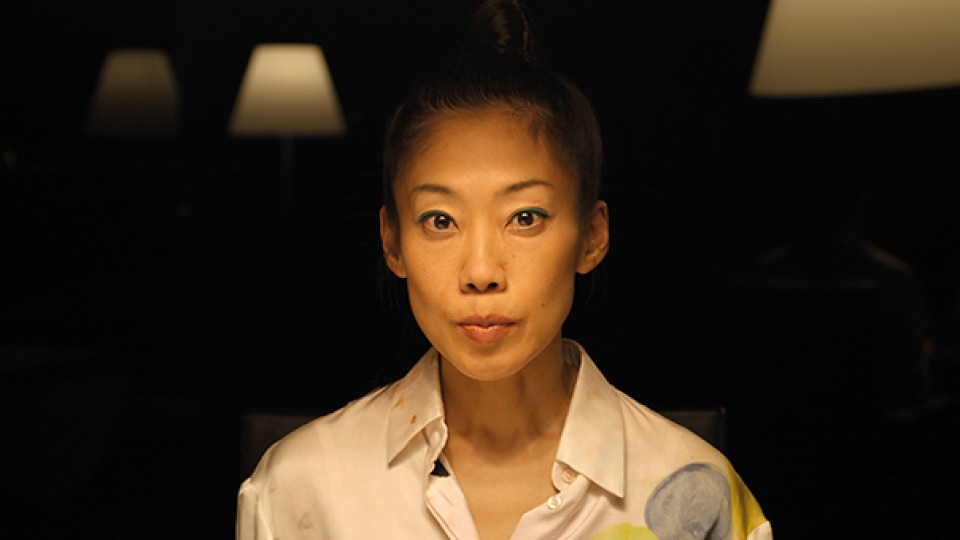