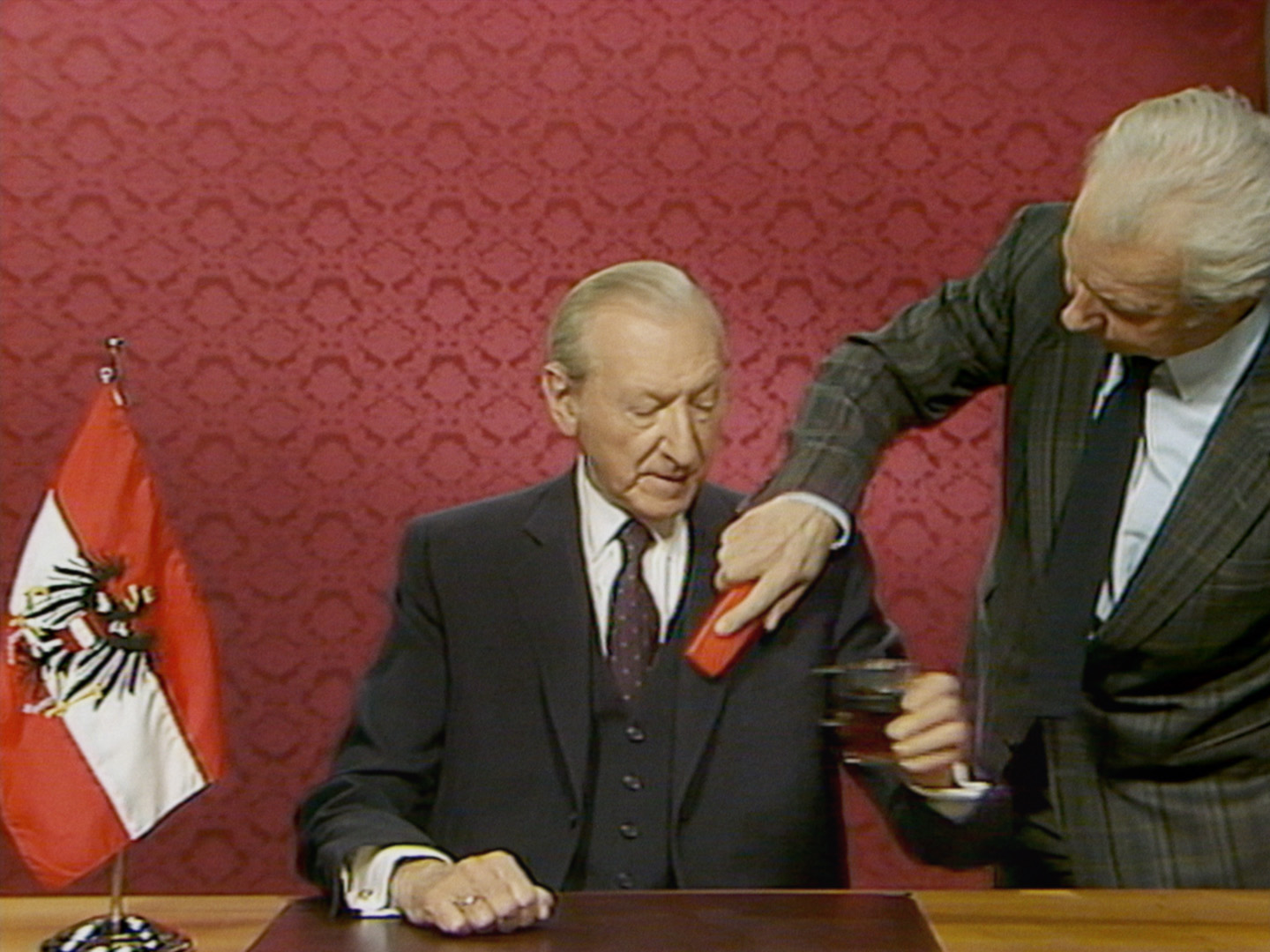 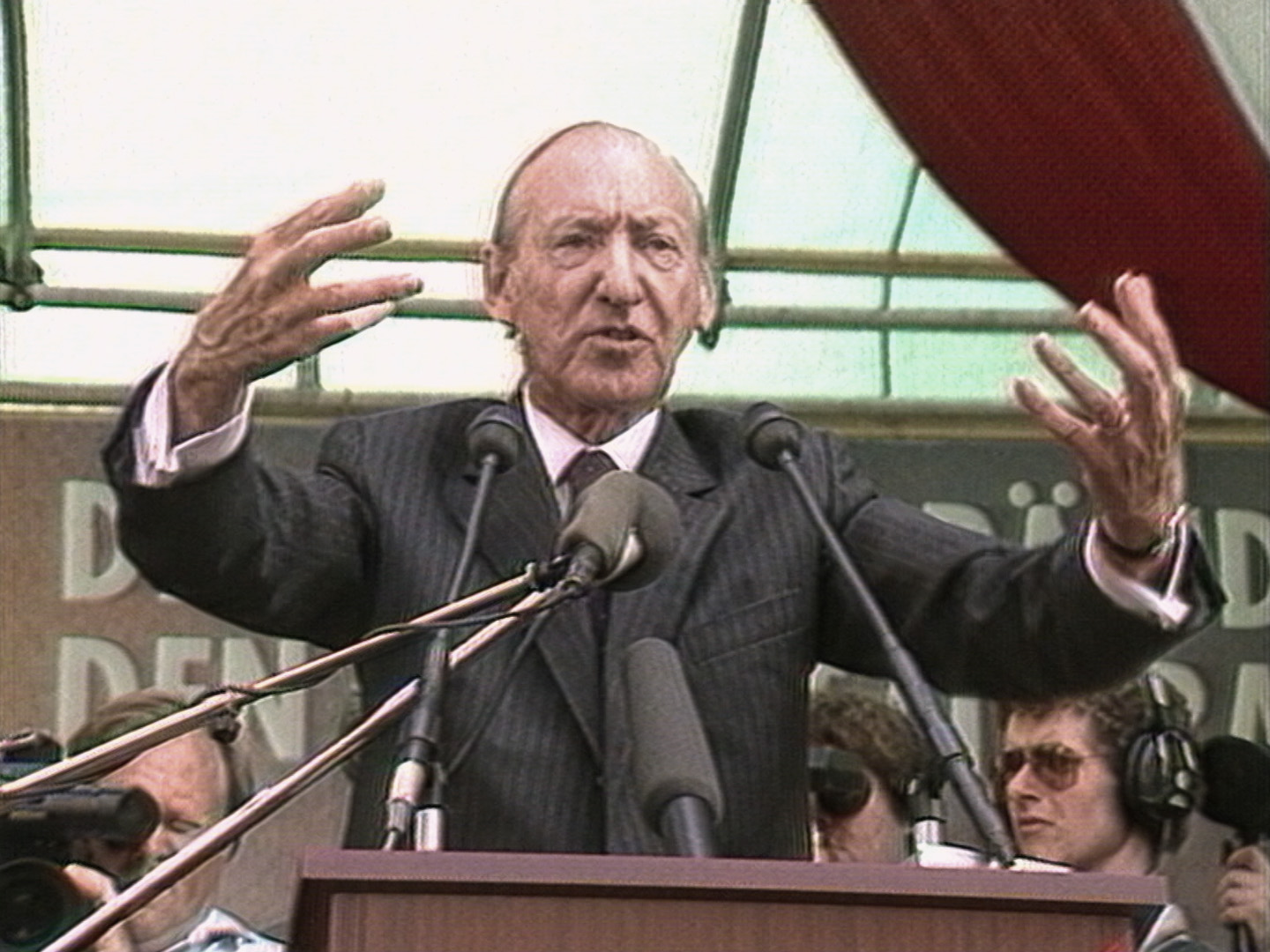 «I see the Waldheim affair as a conflict of generations»

Kurt Waldheim’s lapse of memory was the beginning of a process which saw the Austrian narrative – that the country was the first victim of National Socialism – eventually eroded. His campaign for the 1986 presidential election polarised the country. Ruth Beckermann, an activist at the time, has now edited Austrian and international archive material for THE WALDHEIM WALTZ to create a film which,  revisits the conflicts in collective and individual memory.
SHORT NEWS

Austrian films at the 68th Berlinale

On screen at the Berlinale 2018

Find the screening dates of Austrian films and co-productions at the 68th Berlinale (February 15 -25, 2018)
SHORT NEWS

Ruth Beckermann wins the GLASHÜTTE ORIGINAL – DOCUMENTARY AWARD selected out of 18 nominated films from the different Berlinale programmes, endowed with € 50,000. Wolfgang Fischer’s STYX took three awards including the EUROPA CINEMAS BERLINALE LABEL, the Prize of the ECUMENICAL JURY for the films screened at the Panorama and the HEINER CAROW Prize.
SHORT NEWS

Ruth Beckermann’s Berlinale Best Documentary winner WALDHEIM’S WALTZ is part of the international competition of the 40th Cinema du Réel. Only two years ago, Ruth Beckermann was awarded the Prix de la Scam and a special mention at the Young Award for her previous opus The Dreamed Ones at the Paris based festival.
SHORT NEWS

Ruth Beckermann’s Berlinale winner THE WALDHEIM WALTZ  took the main award together with Pablo Sigg’s Lamaland (part I). at the 14th PLAY DOC festival where both films had celebrated their Spanish premiere. The film sets the Waldheim affair in a bigger international political context, yet 30 years on, it is dauntingly timely”, stated the jury.
SHORT NEWS

The Berlinale Best Documentary winner has been selected the Austrian submission for the 2019 Oscar for Best Foreign Language Film. WALDHEIM’S WALTZ by Ruth Beckermann is the astute revisiting of the 1986 Waldheim affair that lead to the collapse of Austria’s comforting narrative of being the first nazi victim. „Clear, impassioned, but never polemical“,  Variety
FEATURE

THE WALDHEIM WALTZ – "film of the week" by Spiegel.online

WALDHEIM’S WALTZ by Ruth Beckermann hits the screens in Germany and Switzerland and enchants the critics ...
SHORT NEWS

The 61th DOK Leipzig hosts the world premiere of Othmar Schmiderer’s THE DAYS AND THE YEAR and pays tribute to Ruth Beckermann with a special program including early works  as well as the Austrian Oscar entry for Best Foreign Language Film – THE WALDHEIM WALTZ. Ruth Beckermann is also jury member of the Next Masters competition
SHORT NEWS

The Austrian film year ends with a film about frontiers – on the political agenda, in everyday life, in our minds ... Nikolaus Geyrhalter’s accurate observation THE BORDER FENCE is part of the 31st IDFA main competition. Also screening in Amsterdam: THE WALDHEIM WALTZ by Ruth Beckermann in the Masters selection and Amsterdam Human Rights Award Nominee CHAOS by Sara Fattahi in Best of Fests and Main Focus Program.
SHORT NEWS

The New Yorker magazine has selected THE WALDHEIM WALTZ by Ruth Beckermann, Austria’s entry to compete for the Foreign Language Award, among the 40 best movies of the year.
SHORT NEWS

THE WALDHEIM WALTZ awarded in Atlanta

The Musee d’art et d’histoire du Judaisme in Paris is hosting a Ruth Beckermann Retrospektive from April 4 to 7, opening with the most successful Austrian film at international festivals in 2018 THE WALDHEIM WALTZ.  Just recently, Ruth Beckermann was also the focus of retrospectives at the Sarajevo Winter Festival and the One World Romania festival in Bukarest.