All
you can
watch
The novel Josefine Mutzenbacher[i], ostensibly a female perspective but in fact most probably a male fantasy from a less radiant fin de siècle Vienna, was first published anonymously in 1906 and banned until the 1960s. Today it has lost none of its ambivalent nature. In her film essay MUTZENBACHER Ruth Beckermann takes the opportunity to invite men of various ages to perch on a pink casting couch and engage in an exchange of ideas on sexuality and taboo, inspired by passages in the outlawed classic dating back over a century.

When did you first encounter the novel Mutzenbacher, which was published anonymously in Vienna in 1906 and banned for a very long time?

RUTH BECKERMANN: The novel was only available in pirate copies until it was published officially for the first time in 1969, in the wake of the upheaval of the 60s. As a child in Vienna I discovered the book at a very early stage. Parents and friends would keep it in their bedside tables or hide it behind other books on a shelf. Naturally I was interested in reading something that was forbidden by parents and society. Up to the end of the 60s Mutzenbacher was regarded as a source of insstruction with the allure of the forbidden on a subject of most interest to fairly young people.


When did you rediscover the text and contextualise it anew?

RUTH BECKERMANN: It’s a novel, most probably a male fantasy, which imagines that a little girl is constantly filled with lust from an early age and always wants it, with everyone, everywhere. You can perceive that as subversive, ironic, funny or absurd, or you can completely reject the idea of confronting the issue. I think it’s interesting to confront it a hundred years later and also to examine the disparity between that period and today.  I also regard the text as part of Vienna’s cultural history. It’s the dark side of fin de siècle Vienne, which is always depicted in romanticised fashion.
And it‘s also important to remember that the book was published in 1906, one year after Sigmund Freud‘s Three Essays on the Theory of Sexuality. It was Freud who came up with the concept of childhood sexuality and described it. Today childhood sexuality is a taboo subject discussed exclusively in connection with abuse. These days children are controlled to a far greater extent: in the past they were less protected and had more free space. Although I still believe that even today children find ways to try out lots of things.


How did the idea for a film crystallise around this text?

RUTH BECKERMANN: It was also connected with this pandemic period, when people had more time and it was less feasible to shoot a traditional film. It really began to take shape in the summer of 2020, when I was sitting in a park with Claus Philipp, the dramatist and co-writer of MUTZENBACHER, each of us on opposite ends of a bench holding a coffee to go, when I said that I wanted to go ahead with this project. It was such a disembodied period. People would talk about being unable to have sex or hug friends because of the situation. Others would lock themselves in their homes and do nothing else. In any case, the subject was in the air again. I felt that the moment had come. I generally take a very broad attitude towards research: we met specialists in German studies, prostitutes and a feminist porn producer. At first we thought the research could also be part of the film. I always think it’s important to do broad research but then – and this is what differentiates cinema from television – to find a concentrated form for the final product.


How did you reach the decision that only men would appear in front of the camera?

RUTH BECKERMANN: During my research I also studied dance forms which claimed that having naked women show their vaginas or their butts and engage in bloody combat with each other is a feminist encounter. I decided against that form of depiction, because I felt it served the same kind of voyeurism that men always practiced with women. So I came to the conclusion that I wanted to confront only men  with this male fantasy. We invited men between 16 and 99 to audition, because I think it’s high time that women took a close look at men. Men have been doing the opposite since the beginning of cinema, and sometimes they do it very well. In every medium there are fantastic portraits of women by men. I think women will only achieve true equality when they succeed in portraying men rather than themselves or other women. That was also part of the appeal for me in making a film like this.


For the main prop in the casting set you chose a significant object: a pink-gold couch. As a director how did it feel confronting your male protagonists from a certain position of power? What emotions did you experience while working in that way?

RUTH BECKERMANN: I found it very pleasurable. Men have been doing it with women for centuries. Of course, when I came up with the idea of the sofa I was also thinking of the legendary casting couch in opera or films, where young women pose and present themselves in order to seduce the male directors, who often exploit the situation. That’s why there’s an absurd couch in my film, along with a reversal of the power roles. I was particularly amused by the chorus scenes, by the feeling that now a hundred men are doing what a woman wants, and all this in an ironic situation.


The chorus scenes are rooted firmly in the language and the humorous element of the novel, which also embodies a linguistic treasure of Viennese slang from a certain epoch. To what extent did you want to do that justice?

RUTH BECKERMANN: The influence of Ernst Jandl etc is also apparent here. It was amusing to take individual words and phrases from the text and use them to form sound pictures. And this project confirmed once again that it’s possible to work with a literary text very well using non-professionals. I think the men read excellently. After all, they didn’t rehearse. They came in and were given the text. And confronting men with the language of the book, in all its diversity, brings out something interesting. Not just the tone of voice but also the gestures and expressions. I particularly liked the random principle. The whole thing was a kind of experiment. We had no idea who would turn up for the auditions. For me it was a similar setting to East of War, where there was a place, and most people who turned up were men, and as a director I didn’t know who I would be facing.


So the film itself is a casting situation. Did you plan it that way, or did it grow out of the original auditions? Why do you consciously include a disruptive element in the film by having the soundman walking across the set, and the microphone is visible? We hear you off-camera, and you often retort with quick-witted responses.

RUTH BECKERMANN: It was quite stressful. We had whole days when I was constantly confronted with new people. The original plan was to film the auditions, use part of that footage and pick out 10, 12 men to be filmed at various places in the F23 Cultural Centre. After the first day’s shooting my cameraman Johannes Hammel came up to me and said: “I think it’s like The Dreamed Ones; I think this will be the film.” With The Dreamed Ones we had also planned to film in a variety of places.  I obviously have a tendency to prefer chamber pieces. When we were filming the auditions, it was a conscious decision to have the soundman cross the set and to have certain lines repeated. I didn’t want to be in the shot myself because I thought it was good to have only men visible and to hear the voice of a woman, my voice off-camera, ; what’s out of sight always arouses the fantasy.


The manifold ambivalence of this text constitutes both its attraction and a stumbling block, starting with an ostensibly female perspective which was in fact compiled by a man. Its literary quality is compromised by the content, which has prompted it to be considered less than serious, and there’s also the fact that a girl between 5 and 14 is the focus of attention. Was it your intention to place everybody – the protagonists, you yourself as a director and the audience – in an ambivalent situation which constantly forces them to position themselves, thus reacting to a social discourse which always problematizes clear positions?

RUTH BECKERMANN: Absolutely. The film is intended to be subversive, and of course it’s also a provocation to confront an audience with this text, especially at a time when everything is infused with a new morality, political correctness and linguistic rules. It’s also a provocation in that direction. I’ve always rebelled against the moral stance of my parents’ generation, and I also rebel against being told what to do by people who want to control everything. One reason to make a film like this, especially at a time when everything is becoming so blurred, is to establish a clear difference between reality and fiction. In a person’s fantasy everything should be permitted. The question is whether you do it. And that’s why I also think it’s problematic for the entire discourse in our circles to function merely on the level of language. It’s justified to a certain extent, but it doesn’t change anything about reality. The struggle must be extended to the level of life and communal living. And it is necessary to emphasise this differentiation again and again. This book is a fantasy, not a documentary account of a child who had sex with men. I have attempted to confront the pleasure and the fear – the pleasure of the text and the fear that this text provokes – in order to make something that explores individual ambivalence towards the text. I think if I were watching this film I would constantly have to deal with the question: what am I thinking now, at the moment I watch this? The texts are arousing, and for women too, after all. It’s all right to acknowledge that. On the other hand, some things are repulsive. It’s a constant back and forth.

[i] The full English title of the novel is Josefine Mutzenbacher or The Story of a Viennese Whore, as Told by Herself 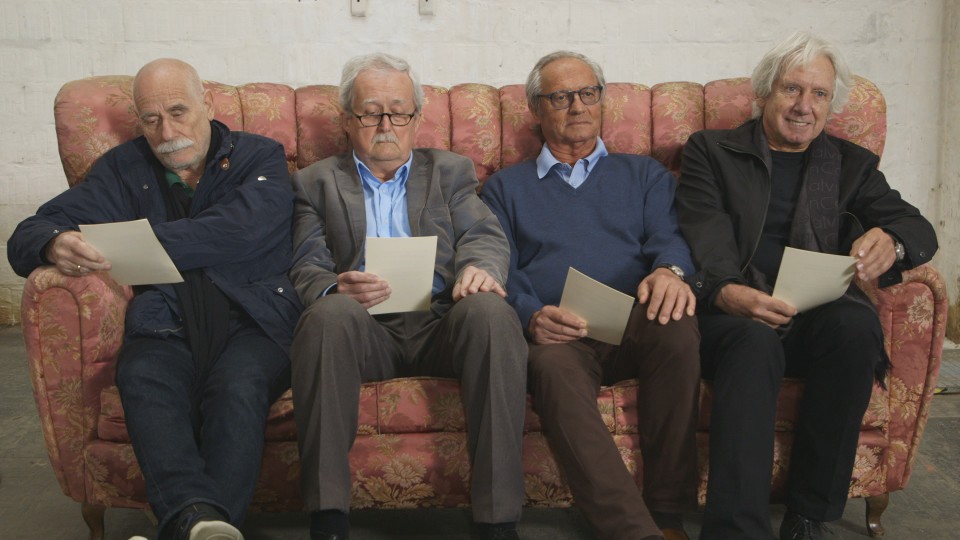 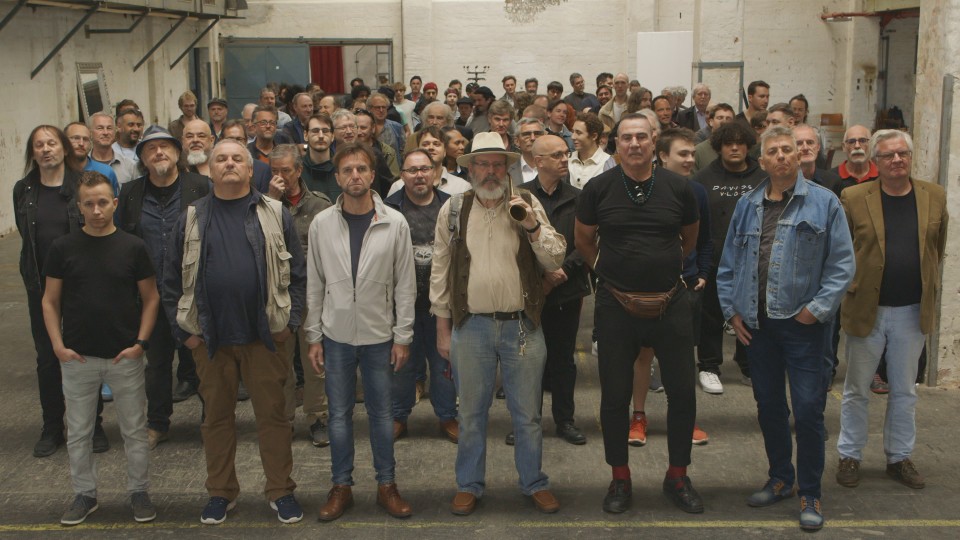 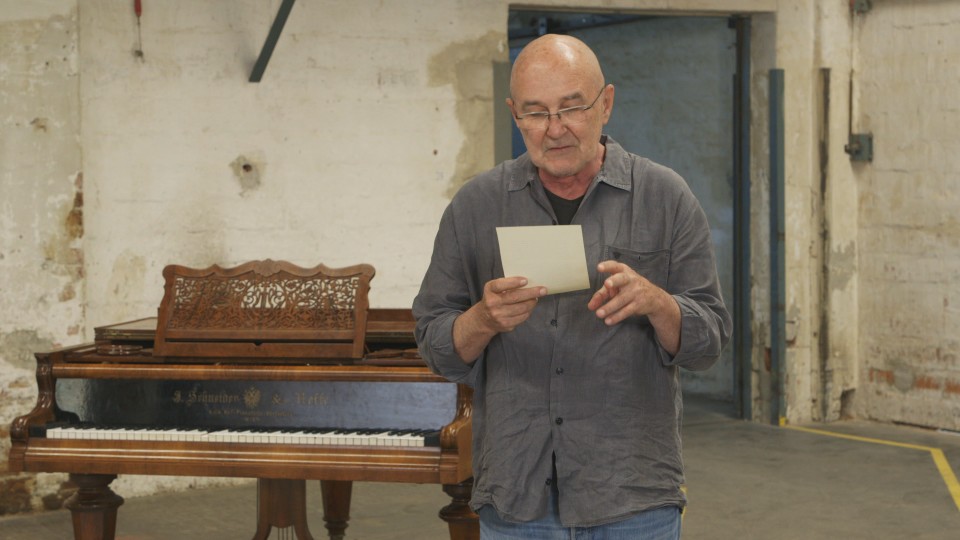 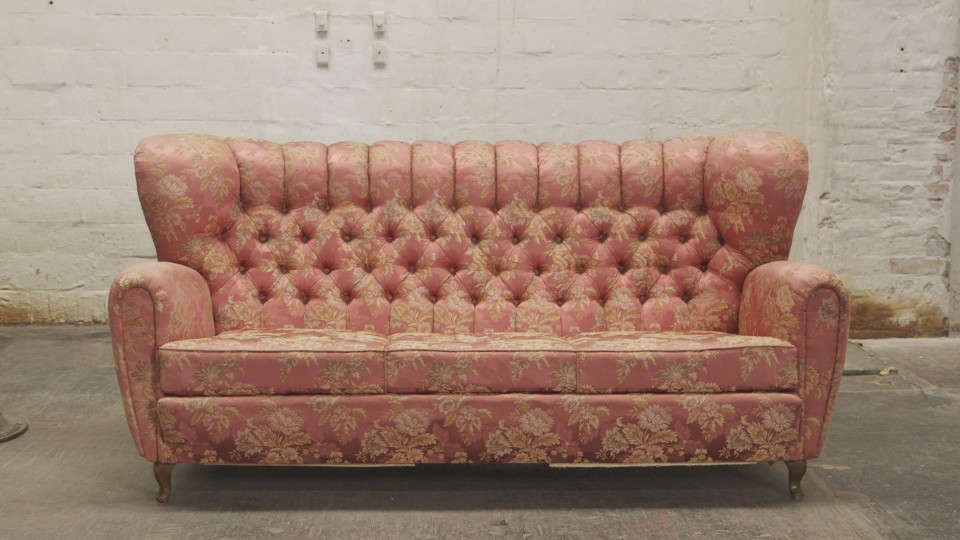 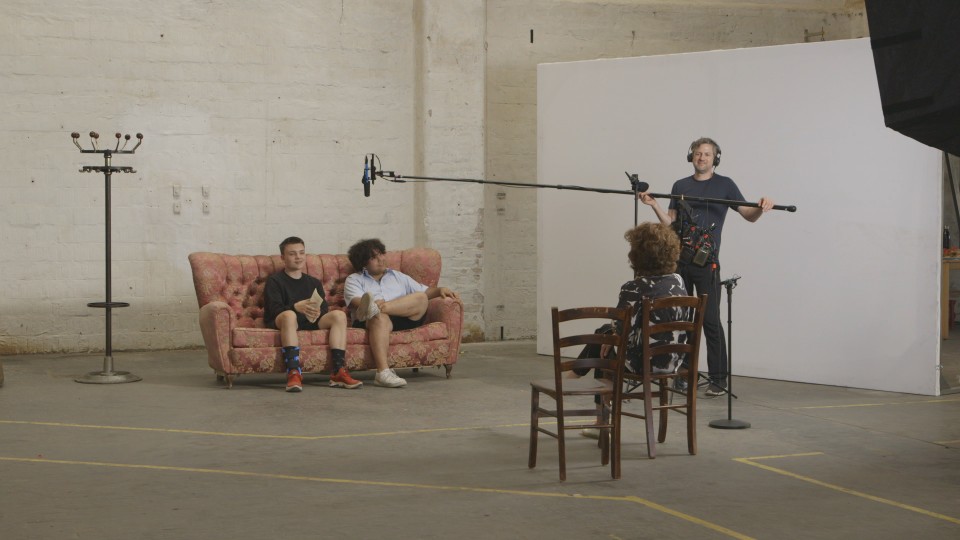 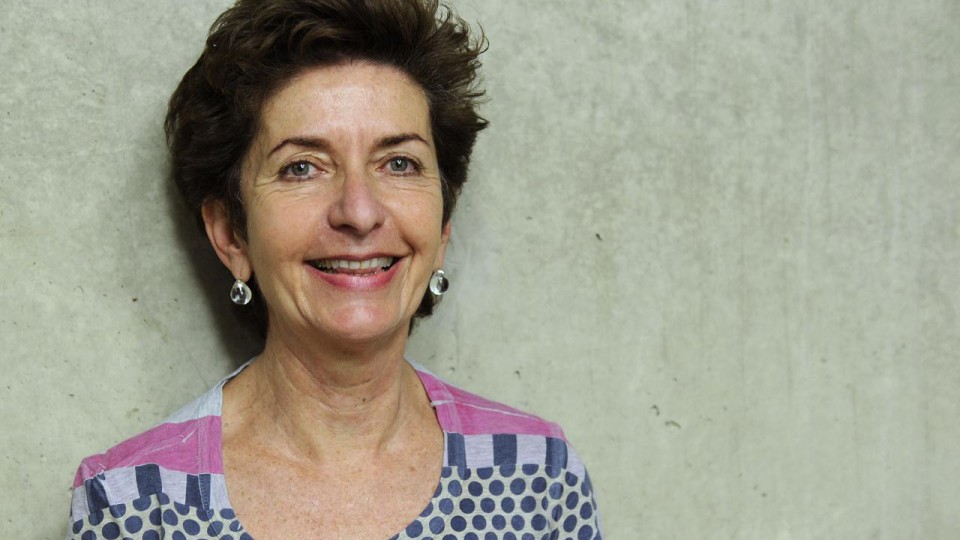 «I think women will only achieve true equality when they succeed in portraying men rather than themselves or other women.»