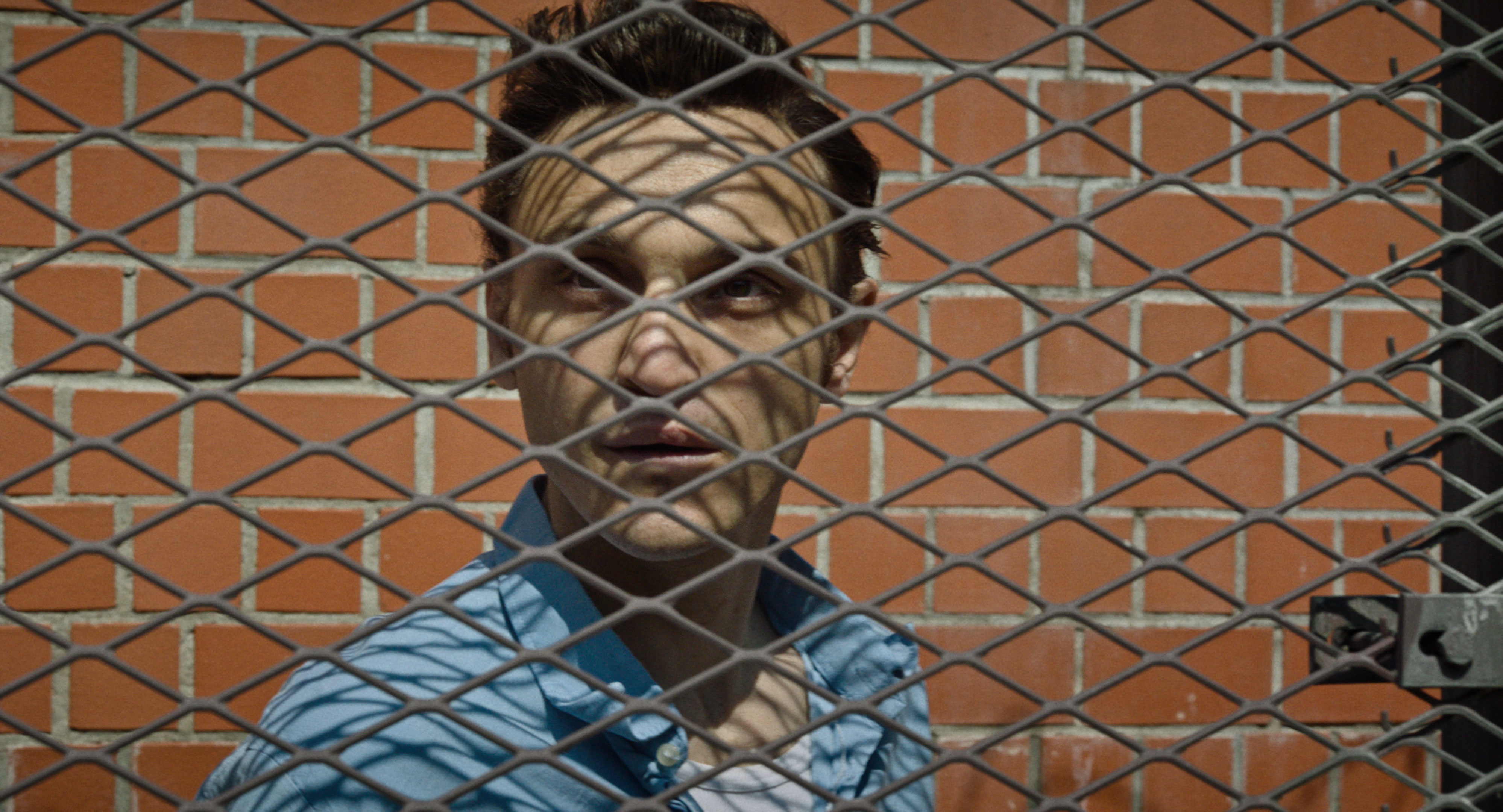 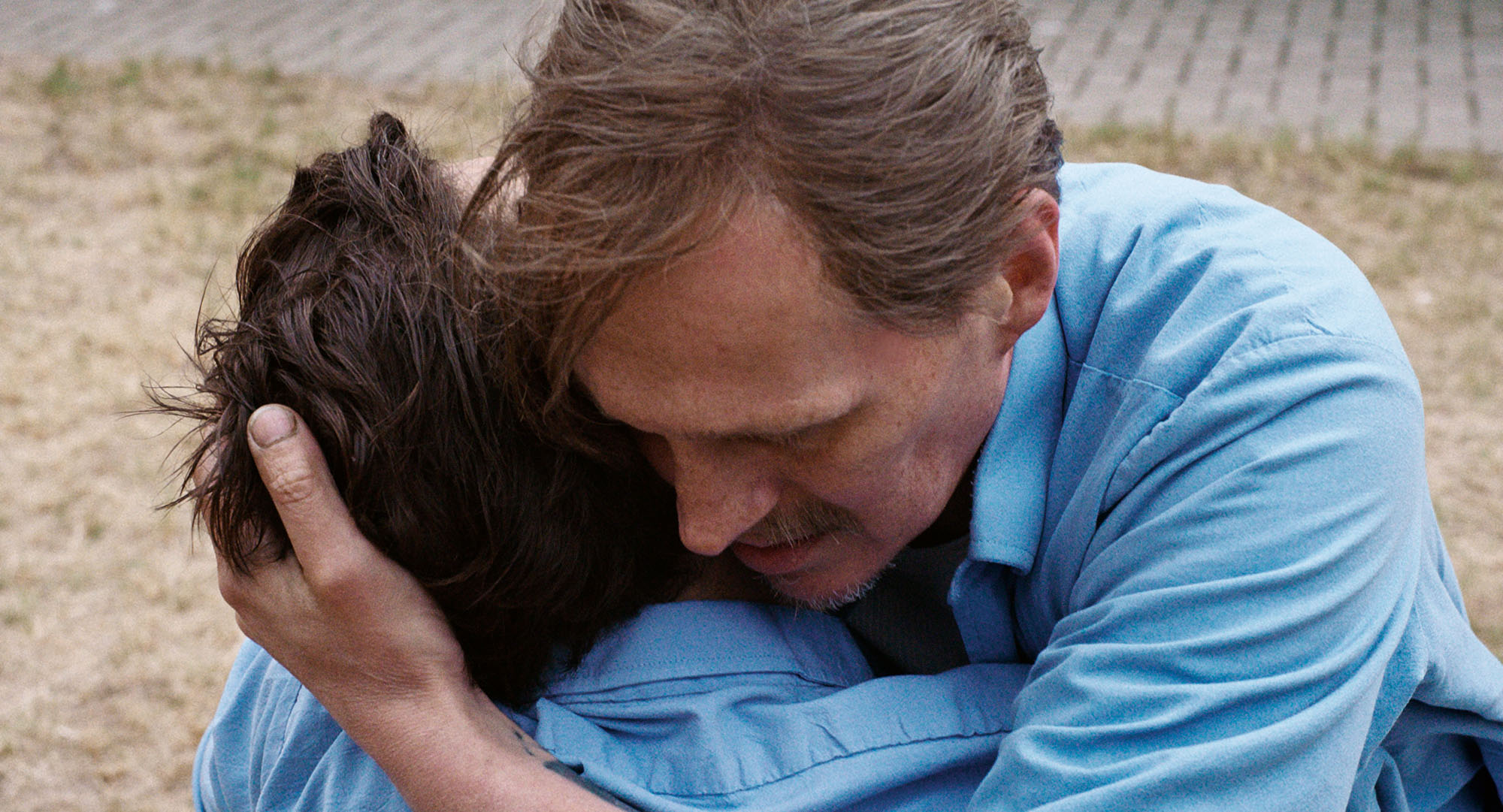 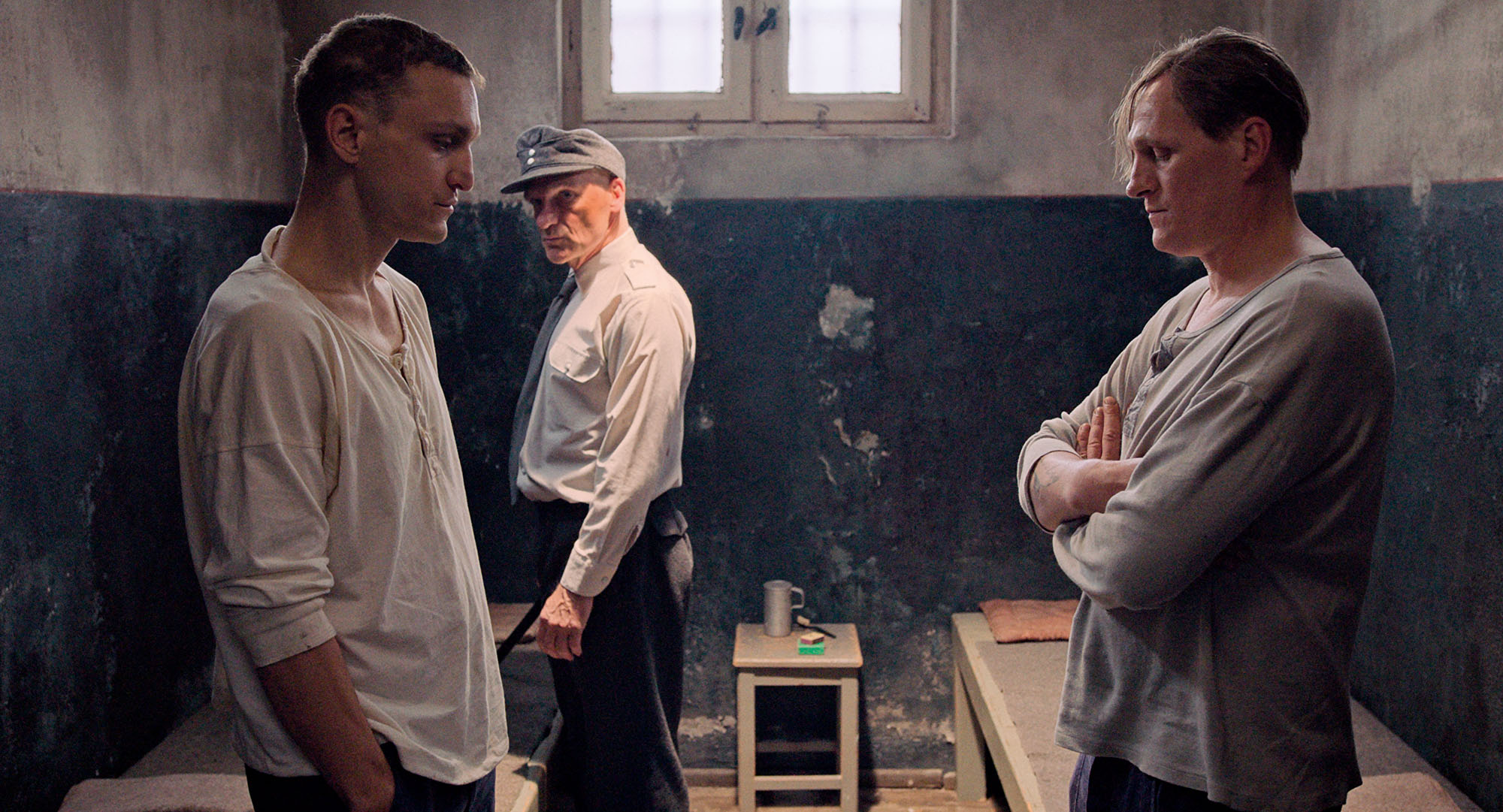 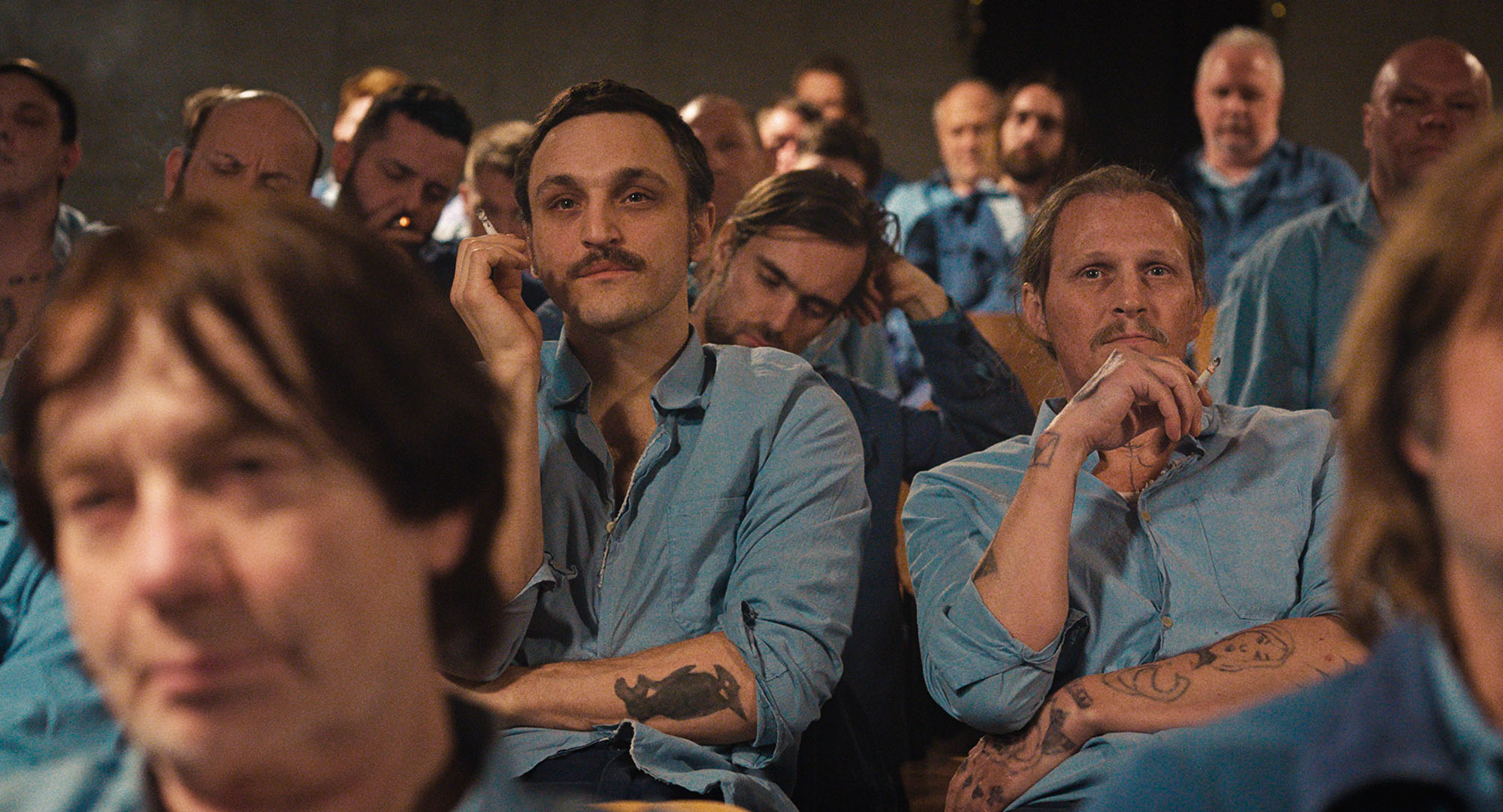 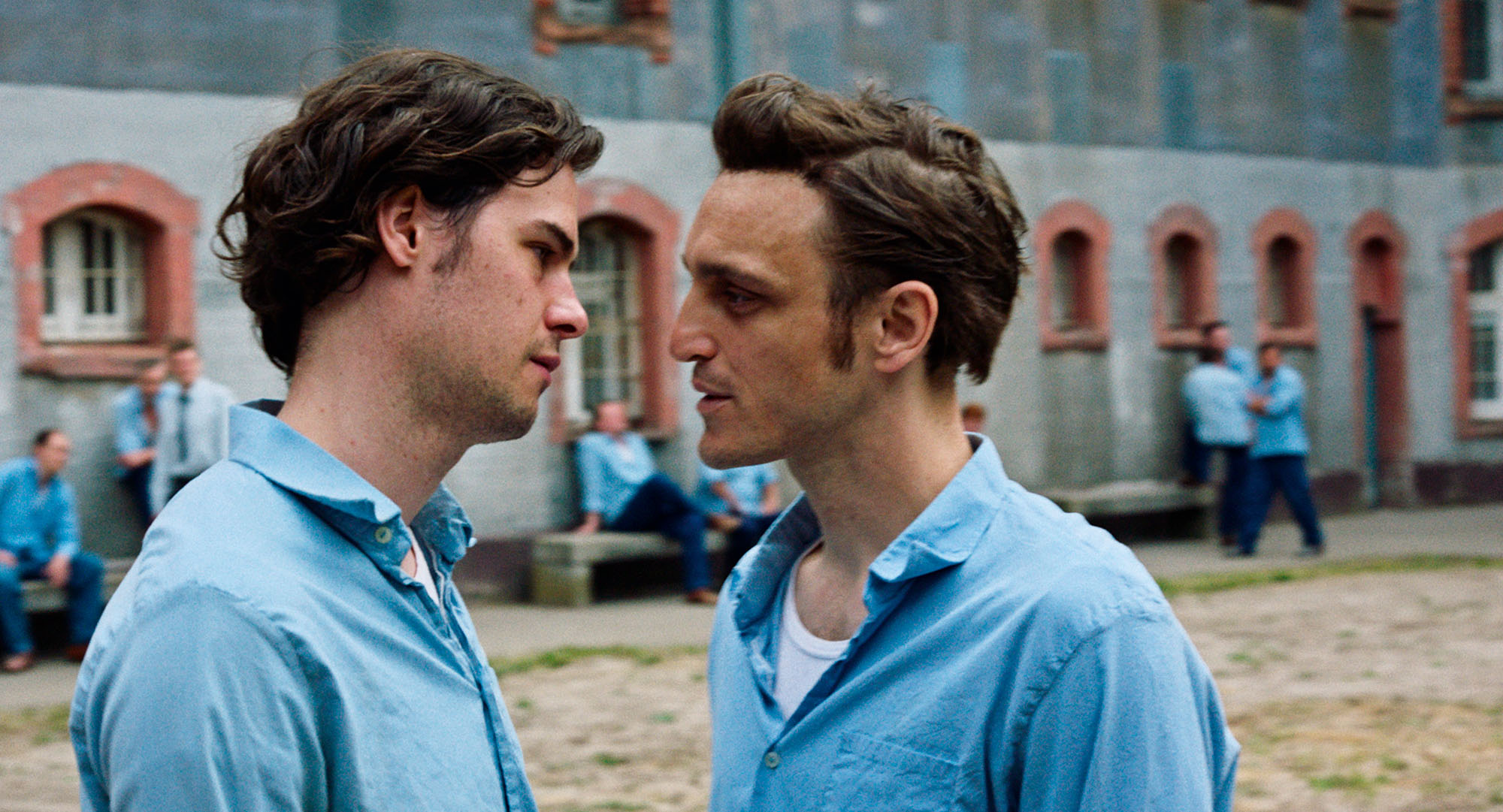 By the middle of March only 21 of the scheduled 32 shooting days for Sebastian Meise’s second feature film GREAT FREEDOM Freedom, with Georg Friedrich and Franz Rogowski in the leading roles, were in the can when everything was shut down. But at the end of June FreibeuterFilm was the first production company to resume filming, and they finished the shoot. A conversation with the producers about their current feature film GREAT FREEDOM, Stefan Ruzowitzky’s HINTERLAND and the new approach to production, in zones and on Zoom.
SHORT NEWS

Cannes 2021: GREAT FREEDOM and MONEYBOYS at Un Certain Regard

The Cannes Festival – this year scheduled for a summer edition from July 6 to 17 – has announced its Official Selection 2021: We are thrilled to announce that two Austrian co-productions will be part of the Un Certain Regard selection 2021: GREAT FREEDOM by Sebastian Meise and MONEYBOYS by C. B. Yi.
Lukas Valenta Rinner’s new project LANDSCAPES OF FEAR is invited to the Cinéfondation’s L’Atelier, Magdalena Lauritsch’s (not yet finished) debut RUBIKON is one of the seven genre films picked for the Frontières Buyers Showcase at the Marché du Film.
INTERVIEW
DE – EN

«Imagine you live in a world where love is forbidden by law.»

When the state dictates which love is allowed to exist, it puts lives at stake. As a gay man Hans Hoffman is thrown into a concentration camp under the Nazis; immediately after being liberated by the Allies he is put back behind bars, because the passion in his heart is against the law. Both in the Nazi dictatorship and also in the democracy which follows. Sebastian Meise’s GREAT FREEDOM casts a subtle light on elements of society (and of societies) which are still concealed. His protagonist Hans represents countless lives which were destroyed because regimes abused one of the most fundamental human rights by means of social discrimination and legal persecution – and, in too many cases, this is still happening.
SHORT NEWS

The Hollywood Reporter critic David Rooney wrote, Chronicling an ignominious chapter in queer history, Great Freedom is also a contemplative psychological study of the effects of incarceration, and beyond that, an unconventional love story, tender but unsentimental. read more
SHORT NEWS

Sebastian Meise returns from Cannes with one of the top awards of the Un Certain Regard section. The jury under the presidency of Andrea Arnold awarded Sebastian Meise’s captivating drama GREAT FREEDOM with the Jury Prize. This second feature film starring Franz Rogowski and Georg Friedrich, produced by Austrian FreibeuterFilm and German Rohfilm Productions, was one of 20 contenders in a line-up that refocused on the discovery of emerging filmmakers this year.
SHORT NEWS

The Sarajevo Heart beats in favor of GREAT FREEDOM: The Cannes winner (Jury Award Un Certain Regard) directed by Sebastian Meise, produced by FreibeuterFilm returns from the 27th Sarajevo Film Festival with no less than three awards in its pockets:
SHORT NEWS

World premiere of CHASING THE LINE at Zurich Film Festival

Franz Klammer’s historic Olympic downhill race of 1976 revived on the big screen: a gala night will be dedicated to the world premiere of Andreas Schmied’s vibrant CHASING THE LINE at the 17th ZFF. Another gala screening for Annecy entry WELCOME TO SIEGHEILKIRCHEN and two contenders to the Fokus competition – GREAT FREEDOM and ROOM WITHOUT A VIEW – add to a strong Austrian presence at this year’s Zurich Film Festival (Sept 23 to Oct. 3)
SHORT NEWS

Widely acclaimed by festivals and press, Sebastian Meise’s GREAT FREEDOM and
Jasmila Zbanic’s QUO VADIS AIDA have entered the race for the European Film Award 2021: 4000 members of the European Film Academy are now invited to vote among 53 entries for the nominations in the following categories: European film, director, screenwriter, actress and actor. Nominations will be announced on November 9, 2021.
SHORT NEWS

It's harvest time: Sebastian Meise's GREAT FREEDOM returns from the Valenciennes Film Festival (September 24 to 29) with no less than three awards: Grand Prix, Best Actor Award to Franz Rogowski and a Special Mention from the critics jury.
SHORT NEWS

The Cannes winner (Jury Prize Un Certain Regard) GREAT FREEDOM by Sebastian Meise has been selected to enter the 2022 Oscar race for Best International Feature Film. Since its world premiere at Cannes the film has been collecting award after award on a dense festival circuit. It is part of the pre-selection for the European Film Award 2021 and will be released in the US by MUBI in early 2022.
SHORT NEWS

The European Film Academy has announced the Excellence Awards 2021, two of them went to outstanding artists who were part of the GREAT FREEDOM team: Crystel Fournier wins European Cinematography, Nils Petter & Peter Brötzmann European Original Score. On top of that, Sebastian Meise’s film is nominated for European for Best Actor (Franz Rogowski) and European University Film Award. Also in the race is the European co-production QUO VADIS, AIDA by Jasmila Žbanić, co-produced by Vienna-based coop99 filmproduktion, with nominations  in four categories.
SHORT NEWS

The closing night of the Chéries Chéris festival was completely under the sign of films from Austria: Serial winner GREAT FREEDOM by Sebastian Meise took the Gran Prix and the screening of MONEYBOYS by C.B. Yi brought the hip Paris LGBTQI festival to a close. Evi Romen's feature debut WHY NOT YOU was also part of the Cheries Cheris line-up.
SHORT NEWS

Two out of three films selected for the LUX Audience Award 2022 are Austrian co-productions: GREAT FREEDOM by Sebastian Meise and QUO VADIS, AIDA by Jasmila Žbanić. The prize established by the European Parliament as a sign for its commitment to culture is an international audience award. Film lovers from all over Europe are invited until May 25 to vote for their favourite.